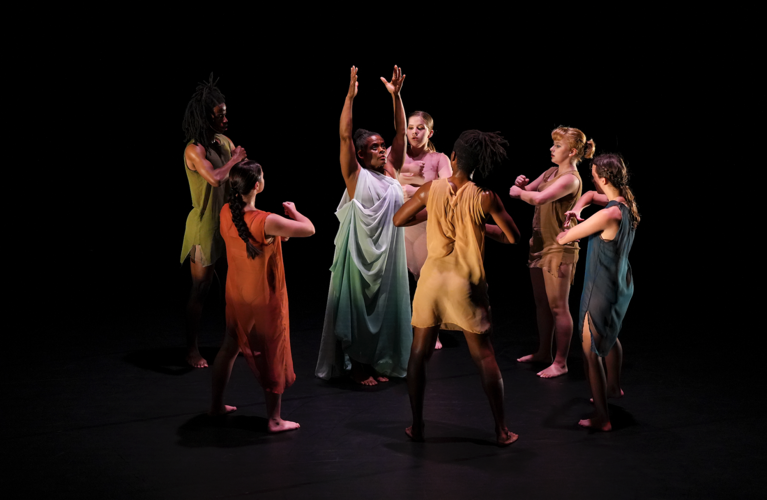 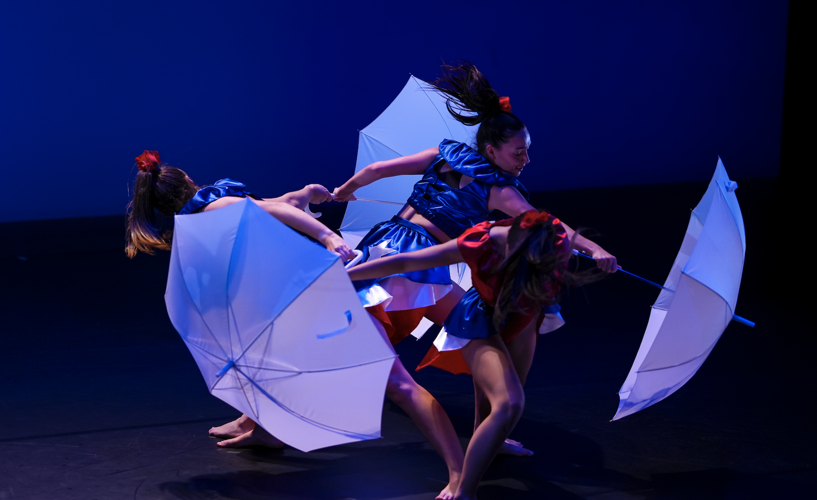 Part of the magic of the performing arts comes from being in the same physical space as the performers, something we take for granted in an age when the arts often are experienced remotely. Watching live dance taps into the deeply human experience of expression through movement, forming a connection between the audience and performers. As someone with little experience with dance, I found the fall dance concert truly refreshing in a way I did not expect.

This year's Fall Concert featured five pieces: one choreographed by a student, another by a guest artist and the rest by faculty.

The first piece, "Crown," choreographed by guest artist Rosangela Silvestre, was the most abstract of the five. It made bold choices at every turn, forgoing music, using the dancers' breathing as an auditory element and even having the dancers speak at several points. The program's description of the piece is a fairly high-concept endeavor, saying it was "created through conversations and reflections about gestures and movements expressed by the symbolic significance of intercultural connections." Unusual as it sounds, "Crown" was a fitting and enjoyable opening piece. As a stranger to the world of dance, I found the way this piece defied my expectations to be very freeing. I could set aside what I thought dance was and embrace the experience of watching people use their bodies expressively. This enhanced the experience of the rest of the concert and made me question my preconceptions about dance.

The second piece, entitled "Tonight Again, The Wind Brushes the Stars," was more conventional, and from this point forward, the rest of the concert used music. There were three sections, each accompanied by a musical piece with a wide range of moods. Behind the dancers, a screen displayed glowing shapes drifting across the stage. I initially found this distracting, but before long, it blended seamlessly into the motion taking place onstage.

The third piece, "Diamond Desert," is described in the program as an exploration of "patterns of stolen land, the displacement of residents and colonization and gentrification both nationally and locally." The themes of struggle and alienation were tangible in the movement of the dancers. Each section differed in choice of music, background and, of course, the dance itself, but it all came together to create an underlying, tonal idea.

The fourth piece, "Iya Axé," was a brief contemporary work "inspired by Indigenous traditions that come from the Yoruba nation and Caboclos of present-day Brazil." Tamara Williams, associate professor and choreographer of the piece, has studied and written extensively on African-Brazilian dance and her passion for the culture, evident from the choreography style and the vibrant costuming.

The concert closed with a three-part piece by student choreographer Arelys Duran Llorens called "Under the Umbrellas: El Huracán." This piece had the most concrete premise of the five; it celebrated the people and culture of Puerto Rico and their resilience in the face of frequent hurricanes. Umbrellas suspended from the ceiling were used as both scenery and props, and the costumes boasted the colors of the Puerto Rican flag. From its energetic opening to its heavy but hopeful ending, "Under the Umbrellas: El Huracán" was profoundly moving and stunningly creative.

Overall, I had no idea what to expect from a dance concert, but I was delighted by the experience. I gained a new respect for the art form, and the next time the dance department performs, I would encourage anyone in a similar position to go.