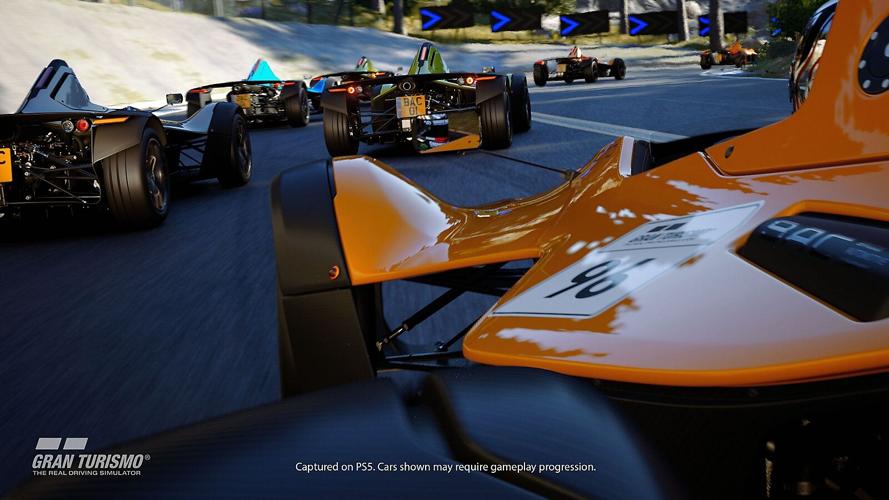 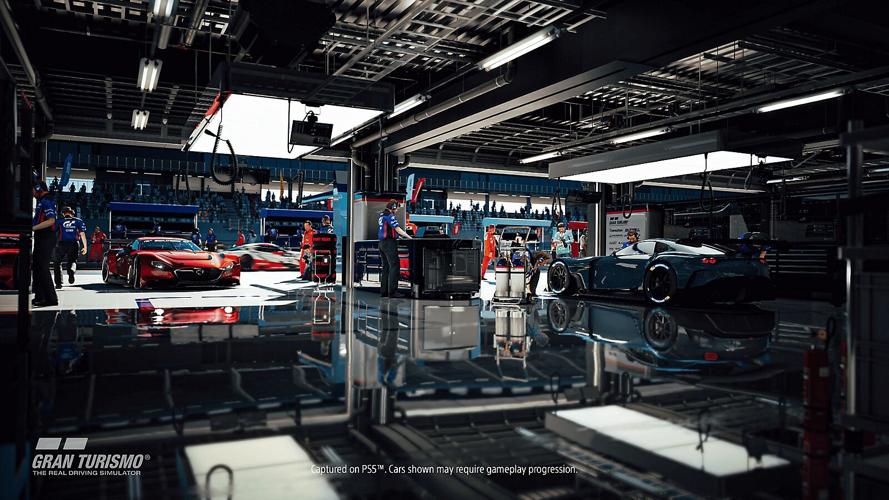 "Gran Turismo" is the very definition of a staple franchise for the PlayStation brand. Nearly every entry in the now over 20-year-old racing series boasts impressive customization, buttery-smooth controls and stunning presentation and graphics. Now, in the year of the franchise's 25th Anniversary (at least going by the original entry's Japanese release year of 1997), Sony and longtime series developer Polyphony Digital have marked the occasion with the next mainline installment, "Gran Turismo 7." This game is the series debut on the PlayStation 5, promising to put the system's capabilities to use to deliver a never-before-seen racing extravaganza. So, did they pull it off? Does "Gran Turismo 7" truly feel like a celebration of the franchise while still pushing things forward in a meaningful way?

Control, for starters, is more refined than ever. Upon booting the game for the first time, players are sent to "Music Rally" mode. After selecting a music track from a list that would be shockingly long to anyone who is not familiar with just how comically far the folks at Polyphony Digital run with even the smallest ideas, players are tasked with learning the general driving controls while trying to complete as many laps of a basic course as possible before the song ends. Within about three laps of driving, I could already feel the controls becoming second nature. This is not an arcade racer like "Need For Speed" or even "Dirt 5." Rather, it's a highly nuanced driving simulator grounded in real-life physics and research. Braking is the name of the game here, and going into a corner without properly slowing down first will result in your car careening off-course every time. This may sound like a barrier to entry of sorts, and in a way, it can be. But the game has an absolute boatload of customizable difficulty options, including displaying "braking zones" during every race and even more drastic measures such as "auto-braking." Of course, all of these features can also be fully disabled, allowing players to immerse themselves in the authentic racing experience once they're confident with the basics.

The fact that the controls themselves are so precise is actually what makes that learning process so fun and rewarding. Never, and I do mean never, did a mistake feel like it was not 100% my fault. If I happen to overshoot a corner and crash horribly, it's incredibly easy for me to tell the exact point where I went wrong and how I can correct it next time. Predictability and adaptability in gaming are hallmarks of a masterfully crafted physics and control system. After all, how can you adapt and plan for a situation where the controls might not always do what you want? Every vehicle in "Gran Turismo 7" follows a tightly-constructed physics system that accounts for body roll, downforce, drivetrain differences and so many more technical aspects of real-life motor racing. Learning these nuances over time has proven one of the most satisfying gameplay experiences I've had in years. This feeling even extends to the upgrade system, where you simply buy parts that upgrade your car's top speed or handling capabilities. However, this can also be devilishly complex with the inclusion of "fully customizable" parts, allowing complete player control over tweaks to gear differentials or suspension. It's yet another example of the sort of "choose your own difficulty" mentality that allows any player to experience the game in a way that feels tailored for them.

Over the years, the "Gran Turismo" franchise has made a bit of a name for itself in its presentation. Even the original 1997 PS1 title impressed compared to similar games of the era. Not only does "Gran Turismo 7" continue this trend, but it may also just be the most impressive example to date. The game's hundreds of licensed, real-world cars are all modeled flawlessly, with exceptional texturing and reflection work on every one of them. Environments, likewise, have seen a massive upgrade from 2016's "Gran Turismo Sport," showing a shocking level of detail in everything from the road textures and grandstands packed full of fans to the stunning forests and mountain views adorning the virtual horizons, which are near-perfect recreations of real-world racecourses. All of this is tied together wonderfully by an amazing soundtrack that includes everything from thumping techno beats to sweeping orchestral scores. When playing in Performance Mode, the game also does a very admirable job at maintaining a solid 60 frames-per-second, with only a very occasional slowdown. It's most pronounced in local multiplayer, but even then, the gameplay only sees brief dips into the 50-40 fps range, meaning it's far from a major issue.

Finally, one of the more interesting aspects of both "Gran Turismo 7" and the franchise as a whole is the learning experience that comes along with it. Motorsports, and the automobile scene in general, is a worldwide culture in and of itself (the term "gearhead" exists for a reason, after all.) It's clear that the fine folks at Polyphony Digital are hugely knowledgeable of this culture, and "Gran Turismo 7" includes a virtual treasure trove of well-researched history and information. As players make their way through the "GT Cafe" mode, which serves as the main single-player offering, they are periodically rewarded with stories and overviews of a particular car or group of cars and their significance in the history of the automotive industry. In addition, every single car in the game has a detailed description of its capabilities, origins, historical significance and many other interesting tidbits and trivia. I'm well aware that this content will not be for everyone, but it makes for a fascinating read for those interested. I think the dedication shown by Polyphony Digital in including such detailed information can be appreciated by every player, regardless of their interest in the history of motorsport.

No matter how you look at it, "Gran Turismo 7" is a masterclass in racing games. The incredibly high level of customization, a dizzying amount of content, gorgeous visuals and pixel-perfect controls all combine to make one of Sony's most impressive outings. Now, I feel it necessary to mention that I could not try out the game's online multiplayer for this review, so if that is a highly anticipated feature for you, you may want to seek out information on that elsewhere. However, even putting that to the side, I can still confidently recommend that every single PS5 owner who has even a passing interest in racing games give this one a shot. Polyphony Digital has simply outdone themselves here, delivering a game that feels expertly crafted down to the tiniest detail while also paying a loving tribute to a pastime recognized around the world for more than a century now. The occasional performance issues are not enough to even slightly dampen the polished shine of "Gran Turismo 7," and I know it's a game that will keep me and many others speeding around the circuits for years to come.