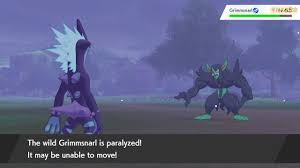 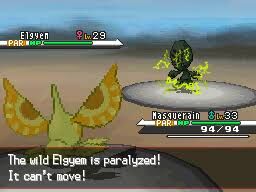 Niner Times’ resident Pokémaniac is back to provide helpful tips and hints to understand the battle system of Pokémon games. For part two, I want to give a bit of insight into the usefulness of “status conditions,” including the effects they can have on Pokémon and how they can turn the course of battle in your favor.

A “Status Condition” refers to a set of lasting effects that can be inflicted on an opposing Pokémon, usually due to using a particular move or from a Pokémon’s passive ability. For example, “Thunder Wave” is a fairly common move that can be taught to a wide variety of Pokémon. While the move causes no direct damage to the opponent, it can inflict them with the “Paralyzed” status effect. Similarly, Pokémon with an ability like “Effect Spore” has a chance of inflicting opposing Pokémon with a random status effect upon making physical contact in battle. These status effects can prove detrimental in a heated match, and a good player has to be prepared to deal with the possibility of being saddled with the restrictions and setbacks that each status can leave them with. By learning about the effects and properties of each status condition in the game, you can be well-equipped to plan and react accordingly should your Pokémon find themselves on the receiving end of these negative conditions and begin to incorporate the use of status effects into your offensive strategies.

There are currently five main status conditions in the world of Pokémon, all of which range in usefulness and severity. First, let’s focus on the status conditions that affect how often or how consistently a Pokémon can attack. Paralysis, which is generally associated with Electric and Grass-type Pokémon, leaves opponents with a 25% chance of not moving at all on each turn they take. Besides, the afflicted Pokémon’s speed is also cut in half, guaranteeing (in most cases) that they move last in the turn order from that point forward. Similarly to Paralysis, the Sleep status also renders Pokémon unable to attack, though the properties surrounding it are much different. For starters, unlike Paralysis, Sleep will wear off over time (between 1 and 3 turns). However, while a Pokémon is sleeping, they cannot move, barring a few infrequent circumstances. This can be incredibly dangerous, essentially rendering a sleeping Pokémon as a sitting duck of sorts for whatever attacks the opponent wants to throw at it. Still, the fact that it can potentially wear off in just one turn makes over-reliance on Sleep a bit risky in most cases. The other immobilization focused status effect is the Frozen status. This is by far the rarest and most difficult-to-use status effect in the game. Unlike any other condition, there is no single move that can inflict it consistently, meaning that it comes only as a possible secondary effect from moves such as “Ice Fang” and “Blizzard.” Though the Frozen status may be rare, its effect is devastating, as being Frozen renders a Pokémon unable to move with no exceptions and with only a 20% chance of “thawing out” each turn. Unlike Sleep, there is no limit to how many turns a Pokémon can be Frozen. This means that players are simply at the mercy of a one-in-five chance each turn indefinitely, completely defenseless and open to attack until the status ends naturally. Yikes!

The rest of the status conditions indirectly damage the afflicted Pokémon over time, which can be useful in essentially putting a time limit on how much longer the opponent has to act before their Pokémon is knocked out. Poison is the more straight-forward of these damage-over-time statuses, with poisoned Pokémon taking 1/8 of their maximum health damage each turn after being inflicted with the condition. There is also a less common variation of this status known as “Badly Poisoned,” where a Pokémon will take an increasing amount of damage for each turn that the condition remains active (starting with 1/16 and moving to 2/16, 3/16, and so on). Many Pokémon have access to at least some method of inflicting Poison, making it one of the most common status conditions that you are likely to deal with. It pays to know how exactly it works so that you can estimate just how many more turns to have left to act before the Poison damage does you in. The final of the five main status conditions is the “Burned” status. Much like Frozen, no moves can directly inflict Burn on an opponent, and it comes only as a secondary effect from certain attacking moves. Burn deals the same amount of damage over time as Poison, but it also affects cutting the afflicted Pokémon’s attack stat in half. This makes Burn a fantastic option for dealing with any opposing Pokémon you perceive as a major threat. However, inflicting this status relies entirely on chance makes it nearly impossible to form reliable strategies around the use of Burn.

There is one final wrinkle in status conditions, which comes in the form of what many refer to as “sub-statuses.” See, all of the conditions listed thus far are denoted by an emblem beside the afflicted Pokémon’s name (such as the “PAR” symbol in the picture above, denoting Paralysis). The game does not allow two of these conditions to be stacked on the same Pokémon, meaning that it is impossible, for example, to be Paralyzed and Burned at the same time. Sub-statuses are unique, though, in that they can be combined with any of the five main status conditions, leading to some truly devastating effects when used cleverly. Confusion is a sub-status that leaves a Pokémon with a 50% chance of attacking themselves instead of the opponent for each turn until the condition wears off. This can be combined with the Paralyzed status to create a situation in which the affected Pokémon has a 25% chance of not being able to move at all and must deal with a 50% chance of attacking themselves if they can move. Similarly, the Infatuation sub-status leaves the affected Pokémon with a 50% chance of not moving. This can then be combined with either Poison or Burn to create a tense situation where players can not only potentially lose their turn but take damage as well, and this is all on top of whatever other attacks the opponent may want to hurl their way. Unlike the main status conditions, sub-statuses can be removed instantly simply by switching out the afflicted Pokémon, but even this can have strategic disadvantages.

This system of status effects and sub-statuses is part of what makes the “Pokémon” series’ tried and true battle system so dynamic and exciting to navigate. Damage over time, preventing opponents from attacking, lowering their stat totals can all be accomplished through smart uses of status effects. Outfitting your team with powerful attacking moves to encourage favorable matchups is one thing, but creating a team with a range of attack options while also incorporating strategies involving status conditions is a way to bring your competitive battling prowess to the next level. After all, it doesn’t matter how strong your opponent’s attacks are if they can’t move to begin with!

Note: For further reading and even more details about the impact of status effects and even the interactions between certain Pokémon types and the various statuses, please feel free to check out the helpful resources linked here and here.