You are the owner of this article.
Edit Article Add New Article
Home
News
Sports
Arts & Entertainment
Opinion
Lifestyle
Multimedia
In Print
Español
Share This
1 of 6 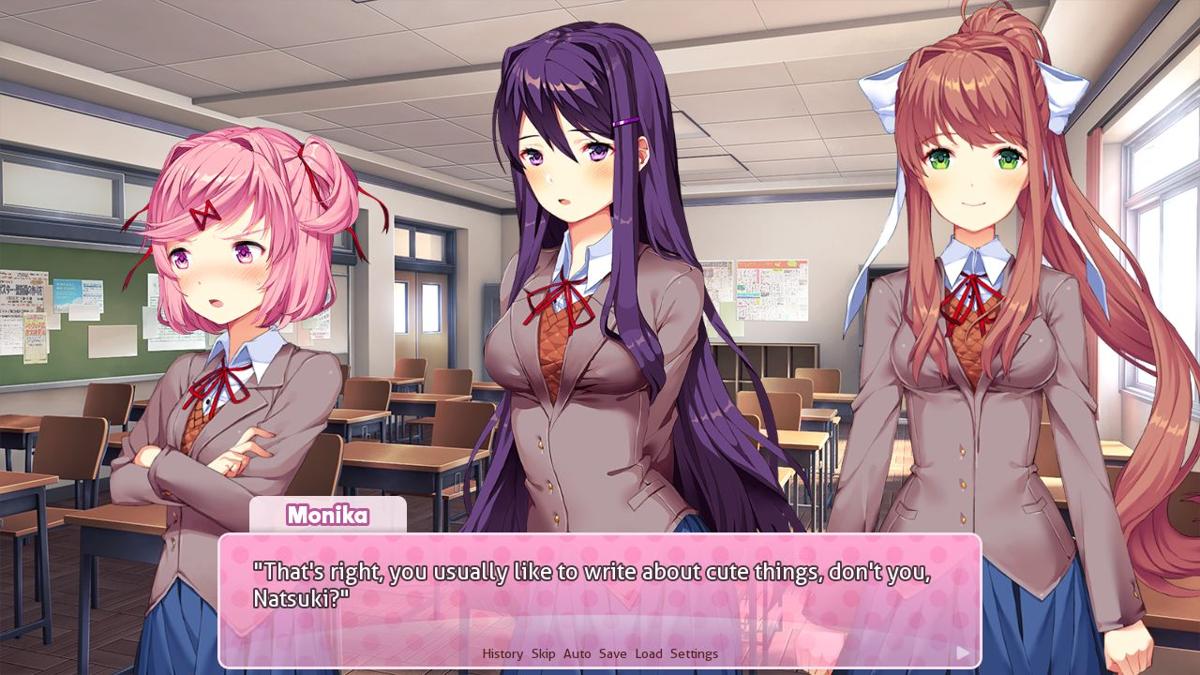 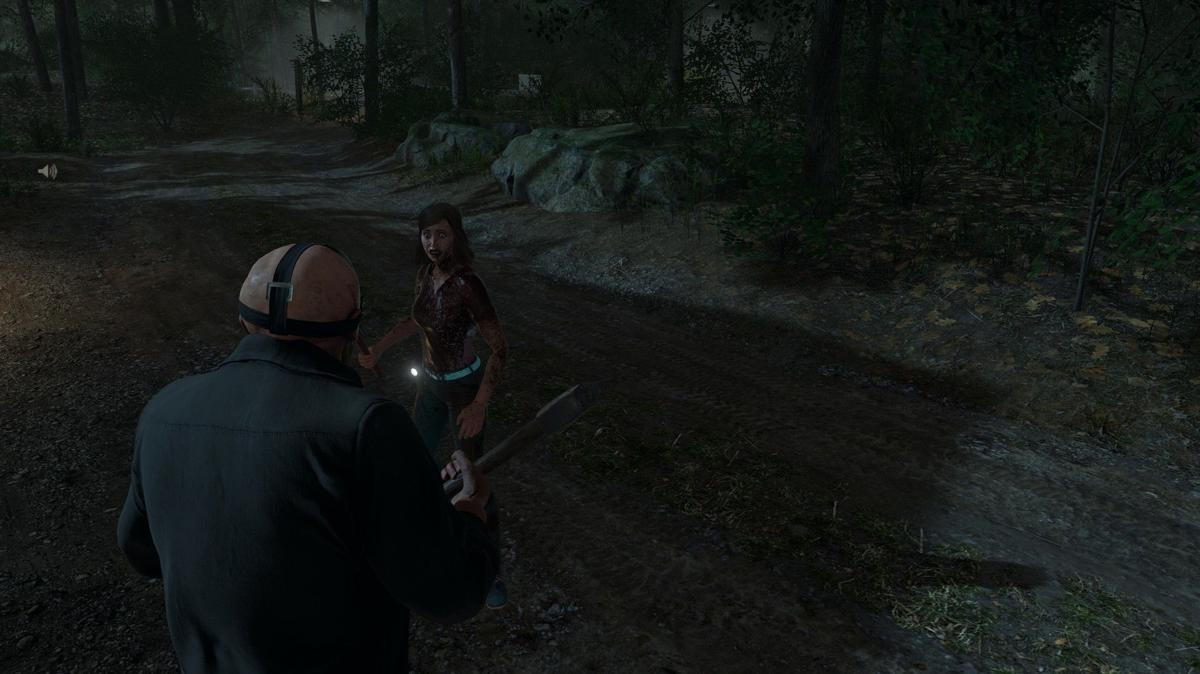 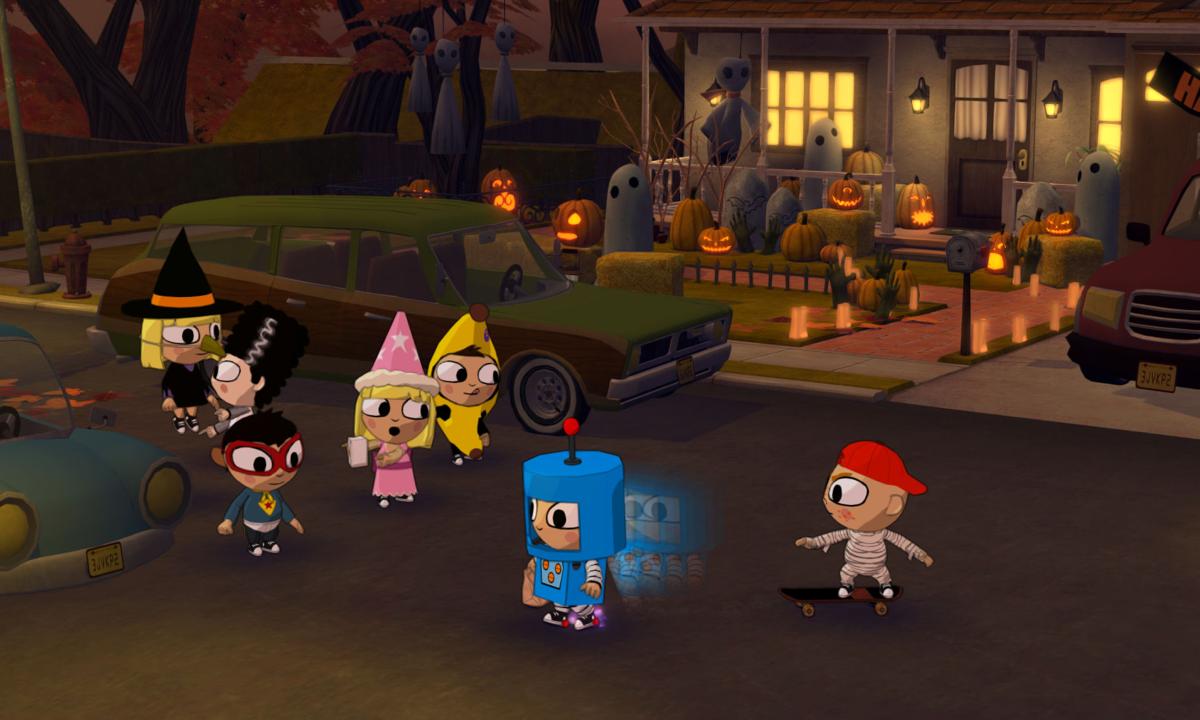 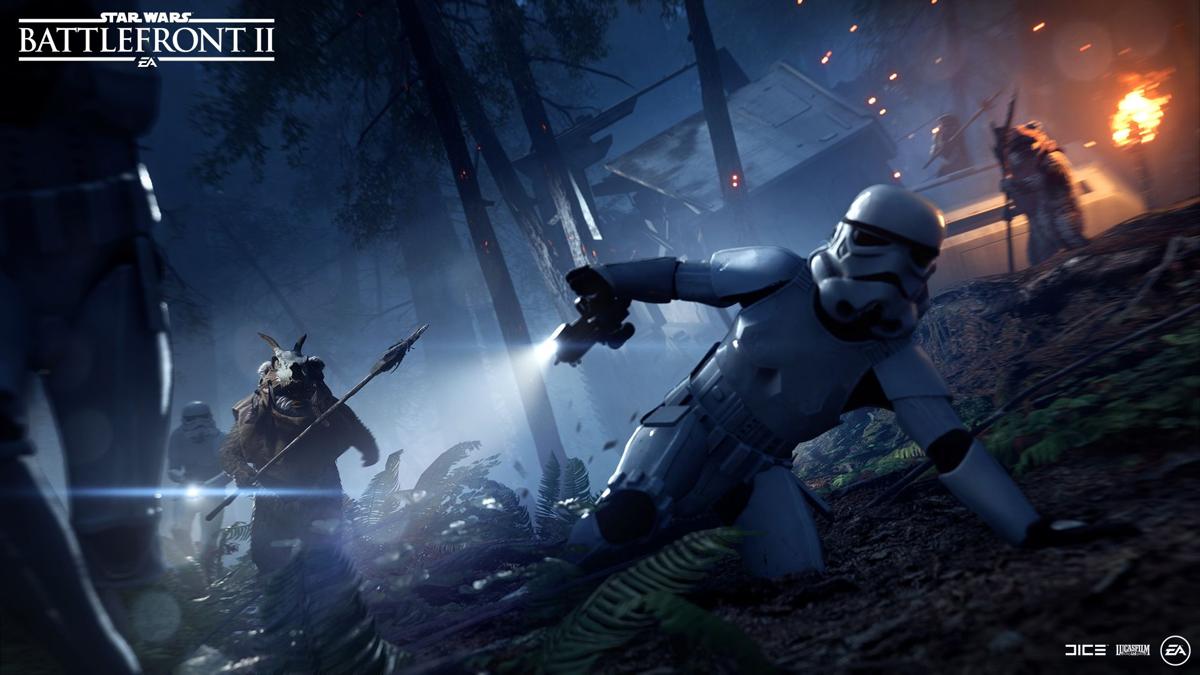 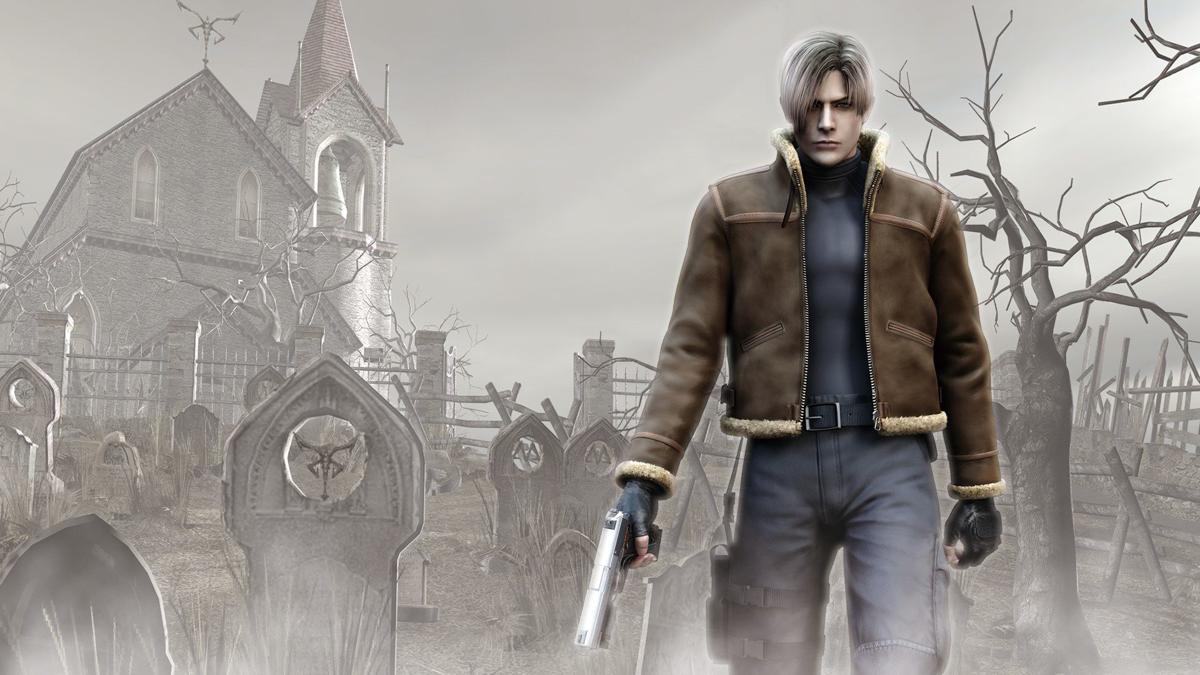 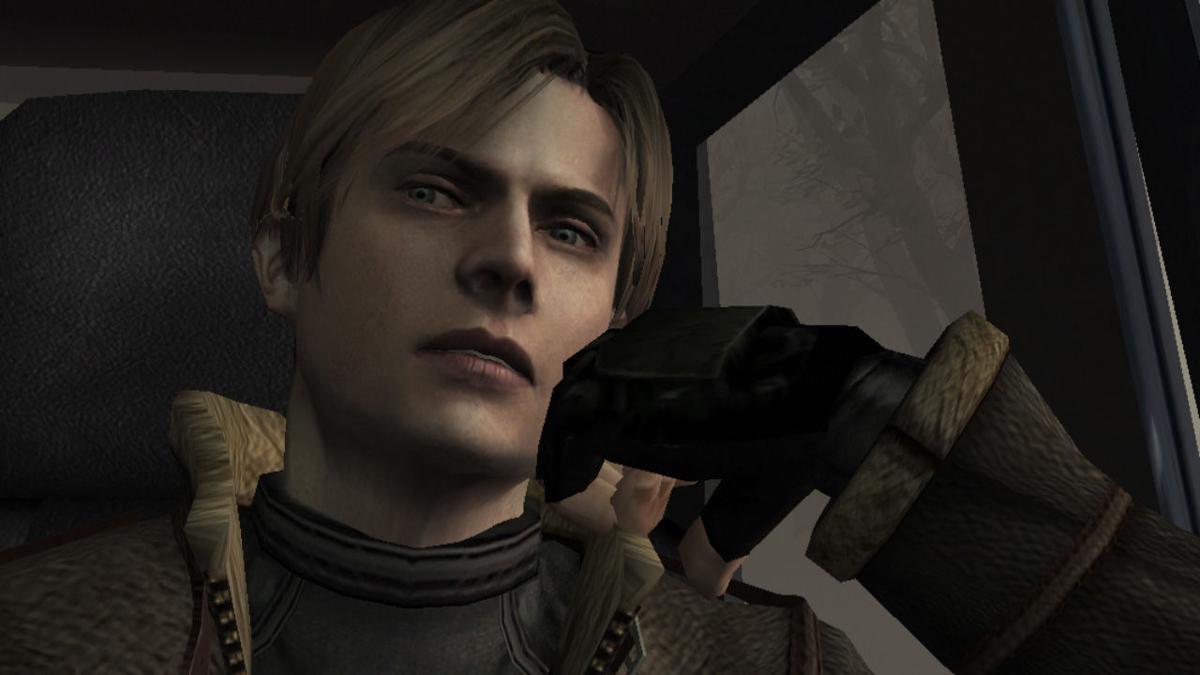 During my freshman year, I wrote an article about some spooky games that I believed would help get people in the Halloween spirit. Three years later, I am back with five more games to serve that same purpose. This time around, I have chosen some of these games to be ones that won’t necessarily serve to scare your socks off, as well as just typically are not associated with scares or Halloween.

Kicking off the list is one of the most influential titles in the history of video games. “Resident Evil 4” was not just a bold shift for the series at the time but also paved the way for third-person action-adventure games following it. Playing as Leon S. Kennedy, the protagonist from “Resident Evil 2” who has matured significantly since his incident in Racoon City, you are tasked with rescuing the President’s daughter from an evil cult infected with a virus called Las Plagas in a fictionalized European country.

The game simply nails it in all aspects. The gameplay is incredibly satisfying and the way the camera and movement operates forces you to take your stands strategically. The difficulty ramps up perfectly as well and the game is constantly introducing you to something new in order to keep you on your toes. You can get this sense right from the opening of the game, which ends with a standoff against an endless wave of enemies for a set amount of time (and finishes with one of the best title card intros of any piece of entertainment ever).

The game is almost like James Bond crossed with the horror genre. Leon Kennedy is the protagonist who is never shy to tell corny jokes to his foes and you have action-packed sequences, over-the-top villains and strong counterparts like Ada, Ashley and Hunnigan. The game is fully aware that it is a game (something I don’t think we’ll see big triple-A titles get back to anytime soon) which makes for all the better of experience in terms of story and level design. The dialogue borderlines on being cheesy (the good kind) while still managing to deliver a strong narrative with tense encounters. You also have standout characters like the antagonist Salazar and the mysteriously creepy but helpful merchant.

“RE 4” is one of two games on this list that I think are must plays. It gives you insight into how it set the standard when it was released back in 2005, and how it continues to stand the test of time. It is also no surprise why it remains in the top 30 games of all-time on Metacritic’s rankings. It is a perfect game for this Halloween, but really any time of the year. It has also been ported to virtually every console under the sun since GameCube, so there are numerous places to buy it.

“Star Wars Battlefront 2” has come a tremendous distance since its extremely rocky launch though you’re probably wondering why exactly this game is featured for a list of spooky games. I present to you: Ewok Hunt. This mode places you and others as storm-troopers at night on the forest moon of Endor in pitch-black darkness. Two players are chosen as Ewoks, and from there the storm-troopers must hold out until an Imperial shuttle arrives to rescue them.

As a storm-trooper, you are armed with a blaster and a flashlight, which only helps somewhat with the dark forest. If you are killed by an Ewok, then you will become one as well. As an Ewok you can see in the dark much better and are armed with a spear, a battle horn to increase your damage temporarily, a Wisties pouch which is like a grenade of fireflies (a reference to the “Caravan of Courage” Ewok movies) and an instinct ability which lets you track storm-troopers’ footprints and see them on your radar when close by.

When you’re a storm-trooper, this mode is honestly horrific. Roaming the darkness and seeing a pair of beady-yellow eyes is a thrilling emotion. Playing with friends can make the mode all the more fun, as you all completely fail to watch each other’s backs and are ultimately overwhelmed by the teddy bears. The mode was also just recently brought back with a new map, so now is as good as time as any to hop in -- and with the other numerous additions the game has received in terms of content support. It may be a surprise for many, but I highly recommend people check this mode out for Halloween, especially “Star Wars” fans.

Out of all of the games on this list, this is by far the most Halloween-relevant one you can get. While this one isn’t scary, it will get you in the mood for the holiday. Courtesy of the wonderfully creative minds at Double Fine, “Costume Quest” is a game that puts you in control of a twin sibling searching for their brother or sister (depending on your character choice) on Halloween night.

To fight the monsters you come across door-to-door while trick-or-treating, the game switches to a turn-based combat style where you become your goofy costume in a more realistically-depicted art style. Like “Paper Mario” though, the combat is active in that you can time your button-presses to do more damage on an attack or receive less on an incoming one. This helps to keep the gameplay much more engaging than your typical turn-based RPG. The similarities to “Paper Mario” don’t end there though, because the game’s writing is also pretty funny. If you’re looking for something to get you hyped up for Halloween but not quite something that will keep you up at night, I highly recommend “Costume Quest.”

Like “Battlefront 2,” this is another fun one to play with friends. “Friday the 13th: The Game” puts one player in control of Jason Voorhees and the rest as camp counselors who must work together in order to escape. This mixture can lead to moments both tense and hilarious, one example being where I was chased by Jason only to hear through the game’s proximity chat that he was an 11-year-old squeaker on the mic. The game’s balance definitely favors Jason, which I can appreciate as that is how it should be realistically, and it makes escaping all the more rewarding. If your group of friends is looking to scare each other while having fun this Halloween, check out this one.

Looking at the image above, you’re probably wondering again why something like this is included on the list. I’m usually not one for the visual novel genre (especially dating sims) and the farthest I’ve even ventured was “Phoenix Wright: Ace Attorney” -- which to be fair I very much enjoyed. “Doki Doki Literature Club!” is by far one of the most unique gaming experiences I have ever had though, and I got some very “Undertale-esque” vibes from it. Disregarding your initial impressions of how this could tie into Halloween, I recommend just giving it a shot.

In the game, you play as a young student looking to join an after-school club. You are then taken by childhood friend Sayori to her club, the literature club. There you meet the club president Monika and the two others in the club, Natsuki and Yuri. The characters are all compelling and well-written, despite what your first impressions may tell you. I should also mention; the game’s soundtrack is absolutely terrific and I haven’t been able to get the main menu theme out of my head for the past week. The artwork is easily just as impressive, especially as someone who isn’t big into the genre itself.

This is the other game that I consider to be a must-play on this list, which is great since it is completely free. You can download it through steam and the game even runs on pretty much everything since it is simply a visual novel, which isn’t all that resource-demanding. I highly recommend NOT looking up anything in regards to the game online, just so you can go in with a fresh mindset. The game is also only about 3-4 hours so it won’t take up much of your time, and it will be very clear when you have beaten it. I will say, make sure you heed the game’s content warning before starting. So what are you waiting for, play this game and I promise you won’t regret it (probably).