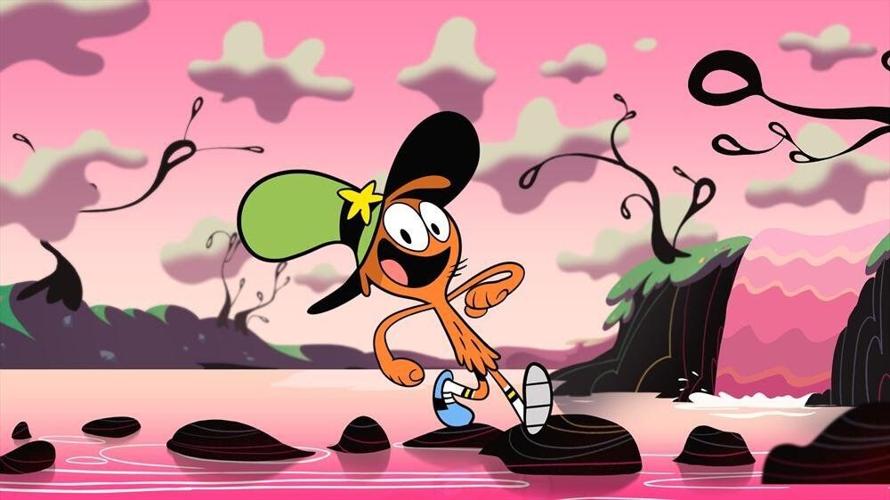 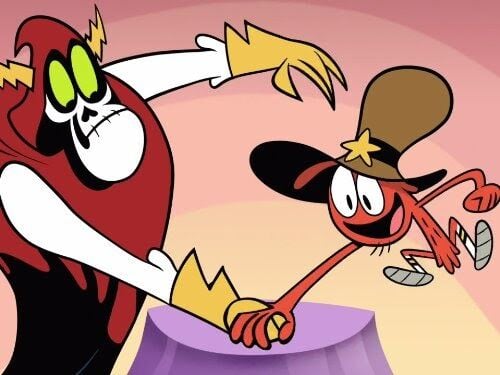 I’ve always been a huge fan of animation as a medium, and one of the main reasons for this is animation’s unique ability to take the best parts of a live-action film and bring them even further. Being only limited by the creative team’s imagination, animation allows for new possibilities in visuals, settings, storytelling and more. For nearly 100 years now, the Walt Disney Company (you may have heard of them) has been heralded as one of the world’s leading authorities on the production of animated content, with countless varied worlds, stories and characters under their umbrella (for better or worse).

Now, it’s not as if I have to introduce a single person reading this to Disney or their characters. When you stop and think about it, it’s almost concerning just how many images, scenes and characters likely rushed to your head when you read the words “Walt Disney Company.” Whether you are talking about theatrical releases, direct-to-video programs, television animation, video games, or musical tracks, the fact that Disney is an absolute pop culture juggernaut in every sense of the word can simply not be disputed. To hone-in on one particular aspect of that list, many of the animated shows on Disney Channel were a massive part of my childhood. Sure, it’s not as if every single show on the channel was a masterpiece, but there are many (and I do mean MANY) shows that I’m sure I will fondly remember for years and years to come. Many would argue that starting around 2012 with the release of the excellent “Gravity Falls,” Disney Channel has enjoyed a bit of a “new golden age,” with just about every show released on the network since then seeing at least some moderate success. However for me personally, there has been one show that stuck with me more than any other in this era of Disney Channel. It’s a simple show that tells a relatively simple story—a story of a little guy who just wants to make the whole entire galaxy happy.

“Wander Over Yonder” premiered on Disney Channel in 2013. Created by a talented team helmed by animation industry veteran Craig McCracken, (known for shows like “The Powerpuff Girls” and “Foster’s Home for Imaginary Friends”) “Wander Over Yonder” follows the adventures of an endlessly optimistic alien creature named Wander (Jack McBrayer) and his best friend and noble steed Sylvia (April Winchell). The duo traveled all around the galaxy with the simple goal of exploring the universe and putting a smile on the faces of as many people, or aliens, as possible. It’s an undeniably uplifting concept for a show, and the fact that almost every single episode of the show literally takes place on a new planet with a new set of unique inhabitants and environmental designs lends the show a constant and ever-growing sense of freshness.

While many of Disney’s shows throughout the 2010s became increasingly more focused on over-arching narratives and even aspects of mystery and suspense, a trend which was undeniably solidified by the runaway success of “Gravity Falls.” Where subsequent Disney Channel shows such as “Star Vs. The Forces of Evil,” ''Ducktales,” and even 2020’s “The Owl House” seemingly wear their “Gravity Falls” inspiration proudly for all to see (which is no bad thing mind you), McCracken’s creation represented a bit of a return to basics. “Wander Over Yonder” played out almost exclusively as a series of largely unrelated shorts, with the exploration of the “planet of the week” and the comedy often being the primary focus. That’s not to say that there aren't the occasional episodes that focus on a particular character or relationship. In fact, these more individualized episodes often resulted in some of the strongest moments in the entire series. Rest assured, “Wander Over Yonder” has an unmistakable and incredibly impressive ability to create situations that lend themselves perfectly to the characterizations of whichever member of the cast they decide to focus on for that episode, and this is one reason why the show has remained one of my favorites ever since its premiere.

This plays into what is undoubtedly the strongest point of “Wander Over Yonder,” the comedy. To put it very simply, the show is absolutely hysterical. There are many shows out there that have infinitely quotable lines, punchy and fast-paced slapstick comedy, or outlandishly ridiculous situations, but very rarely does a show mix all three of these together so brilliantly. With this show, McCracken and his team managed to merge the best parts of the fast-paced slapstick and wit of something like “Looney Tunes” with the largely dialogue-based humor of more recent hits like “Gravity Falls,” all while adding its own unique style and personality to tie the whole thing together. A special shoutout has to go to the show’s recurring villains, the all-powerful (well, at least in his mind) Lord Hater (Keith Ferguson) and his loyal servant Commander Peepers (Tom Kenny). Hater’s constant attempts to rule the entire universe, and his subsequent failures, always make for an entertaining ride. However, I have to give my highest praise to both Kenny’s vocal performance as Peepers and the all-important scriptwriters that made the character who he is. Peepers is one of the most consistently hilarious characters I have ever seen in a TV show, and I almost can’t keep myself from chuckling through every single scene that he appears in. Again, I’m not going to go into any real specifics here (after all, the best way to ruin a joke is to explain it) but mark my words, “Wander Over Yonder” is a perfect example of a very talented team firing on all cylinders to make something that’s truly enjoyable and laugh-out-loud funny for viewers young and old.

With all that said, I’d like to present a special mention of the show’s ending portion, as the last few episodes of “Wander Over Yonder” see McCracken and his team go all-in on a very ambitious storytelling idea. You see, during season two the show introduced a new threat in the form of a world-destroying sorceress known as “Dominator.” Dominator’s characterization is fairly simple, she is Hater if he was good at his job, but her introduction turns a lot of what the show has established on its head. The show spends its entire run essentially training viewers to expect to witness embarrassment, failure, pain, and most importantly, hilarity whenever anyone in the show so much as mentions plans for “taking over the universe.” Then, all of a sudden Dominator bursts onto the scene and quite literally begins destroying entire planets just to harvest fuel for her massive fleet of ships. This is, believe it or not, played for laughs at first, but over the course of the last five or so episodes of the show, it becomes clear that Dominator is a real threat that has to be stopped. To go back to the “Looney Tunes” comparison, it’s like if Bugs Bunny, after spending years completely trolling and making a fool out of Elmer Fudd, all of the sudden had to deal with a much more competent hunter who didn’t fall for any of his tricks. For “Wander Over Yonder,” Dominator creates a shift for the show’s entire cast, but what is impressive is that the overall tone and style of the show actually doesn’t change much at all. The entire cast wants to stop Dominator from conquering the universe, but their individual characterization doesn’t change at all. Oddly enough, Sylvia and Peepers probably have the most immediately understandable reactions to Dominator’s presence, being an attitude of “We have to stop her before she destroys the universe!” What’s interesting though, is that Wander tries desperately to see the good in her, and Hater tries just as desperately (and hilariously) to date her. While Dominator shakes up the entire feel of the show, all of the already established characters react to her in completely “in-character” ways, and there’s something to be said about writing that’s strong enough to effectively manage such a massive change without the show ever losing one hint of its personality or charm.

To wrap things up here, I’ll just put it simply. “Wander Over Yonder” is brilliant, and I would give it my highest recommendation to any animation fan. The writing is sharp and punchy, the comedy is always on point, the visuals and world-design are stunning, and there’s even occasionally some heartfelt moments and powerful lessons thrown in for good measure. Sure, the show may have only lasted two seasons, but what a wonderful two seasons they are. If any of what I’ve described here sounds even remotely appealing to you, (and it probably does) I would encourage you to give the show a shot. “Wander Over Yonder” is available on a variety of streaming services including Hulu and Disney Now, so there’s arguably never been a better time to get yourself caught up in the adventures of Wander and Sylvia. After all, Wander’s goal always was to make everyone in the universe smile, and maybe you’ll be the next one he helps to do so.