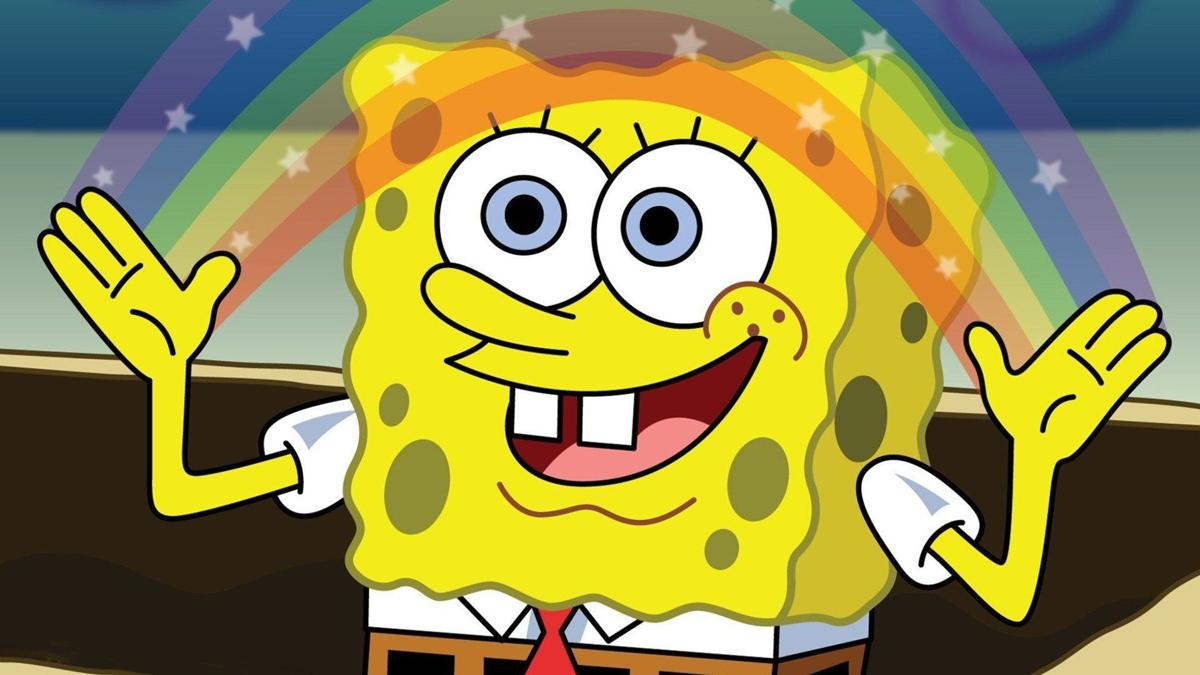 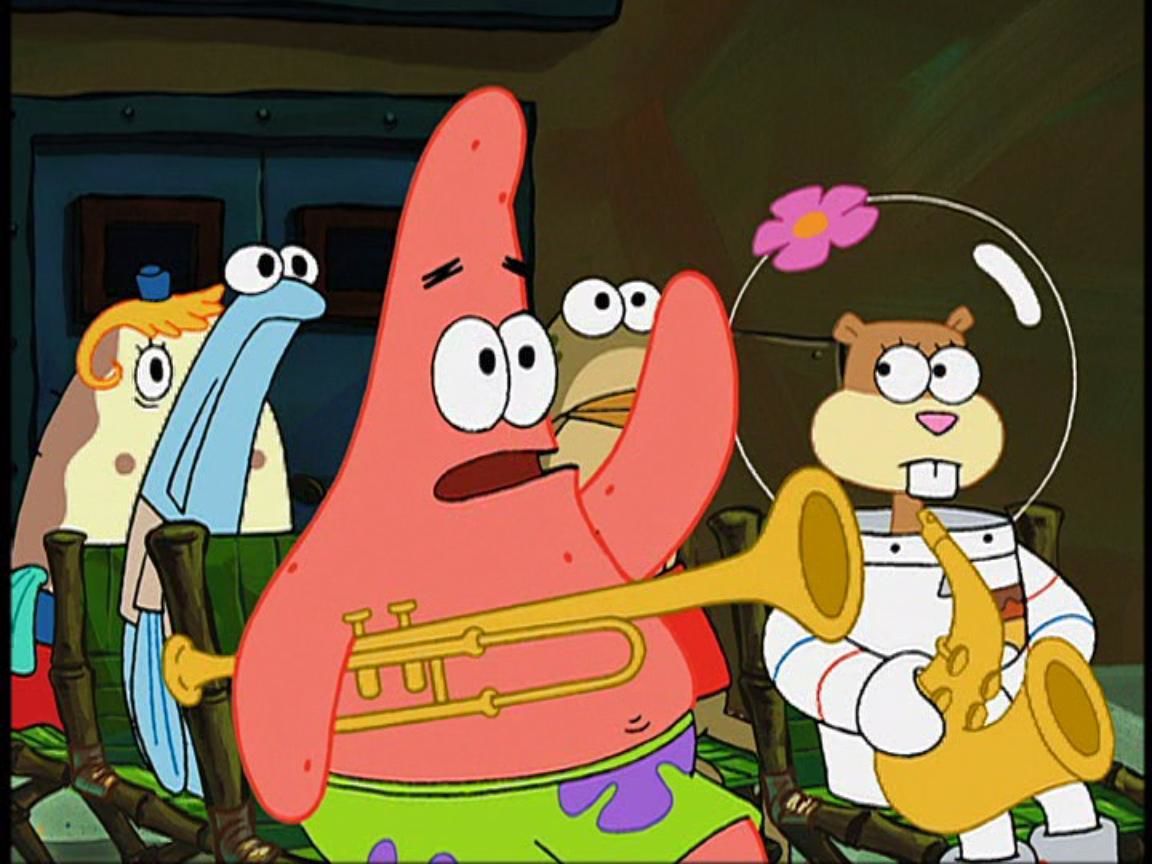 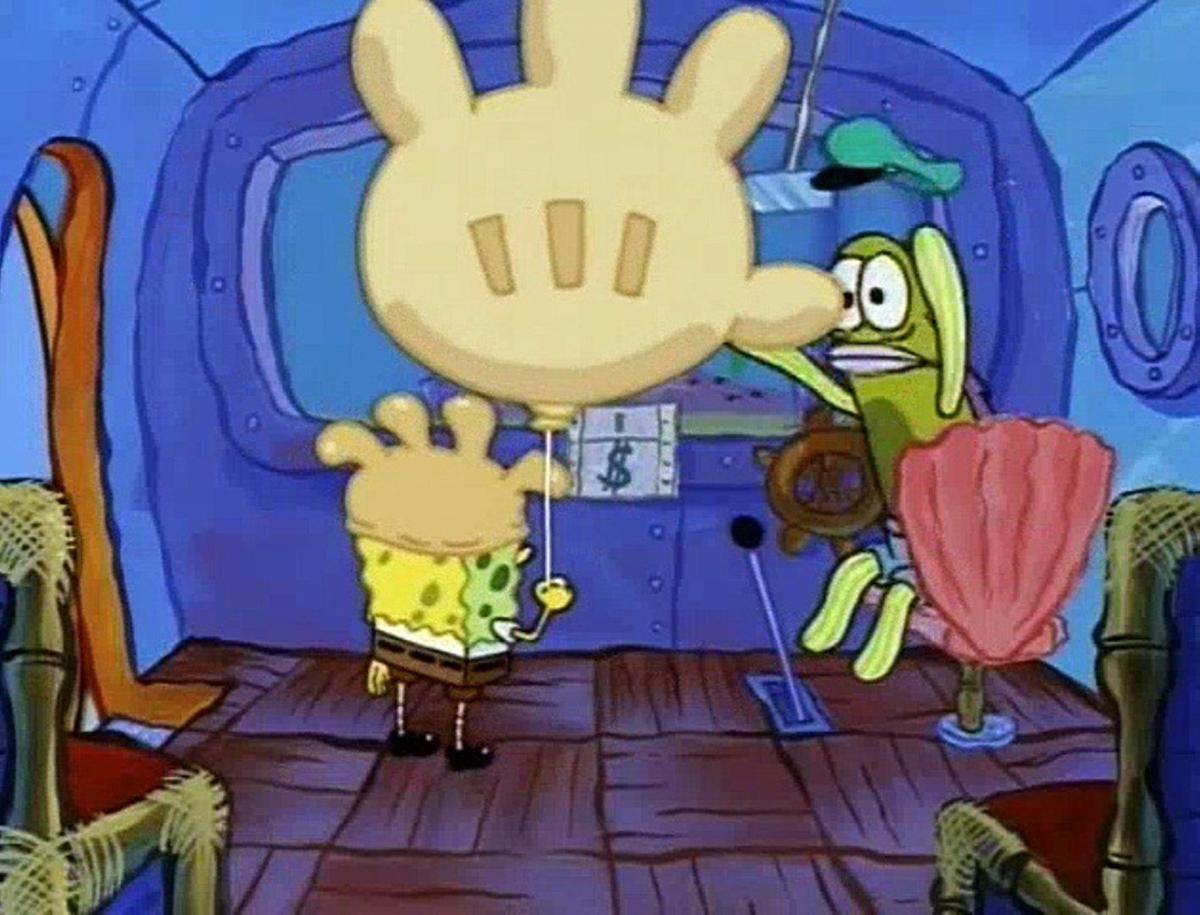 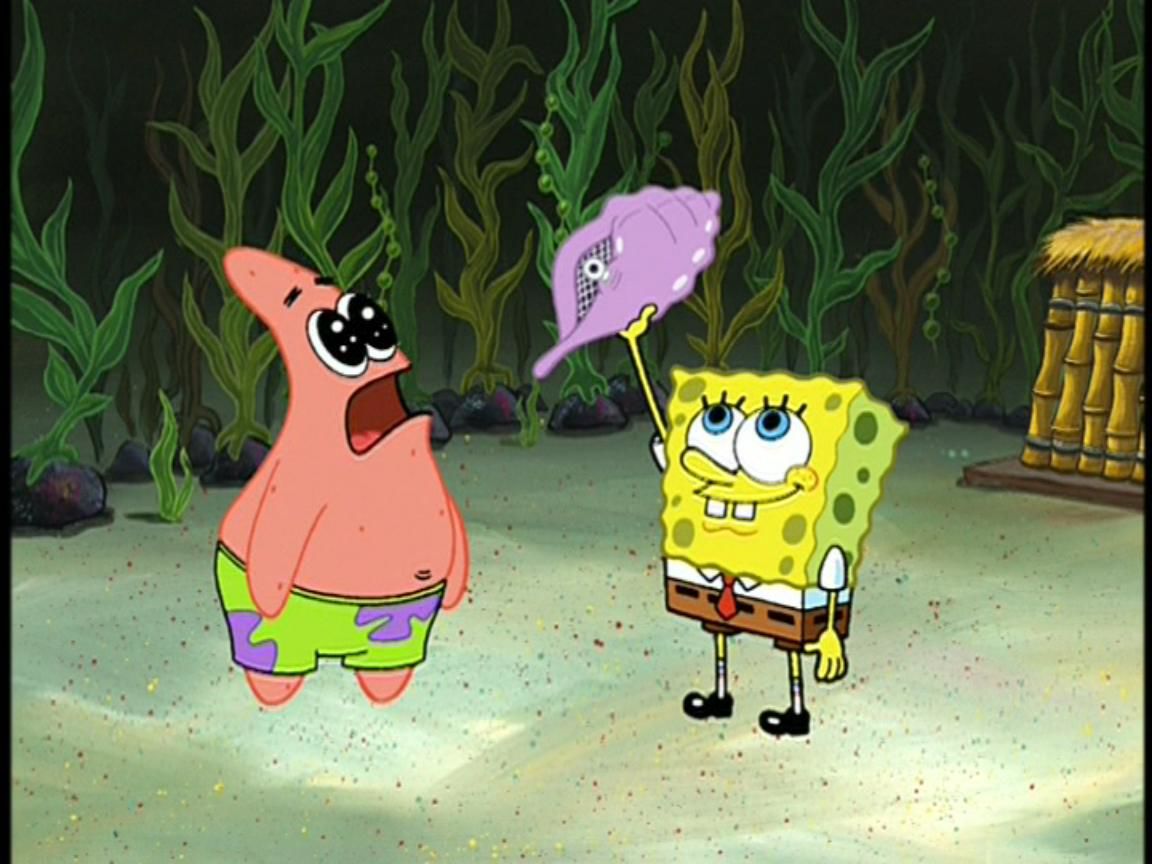 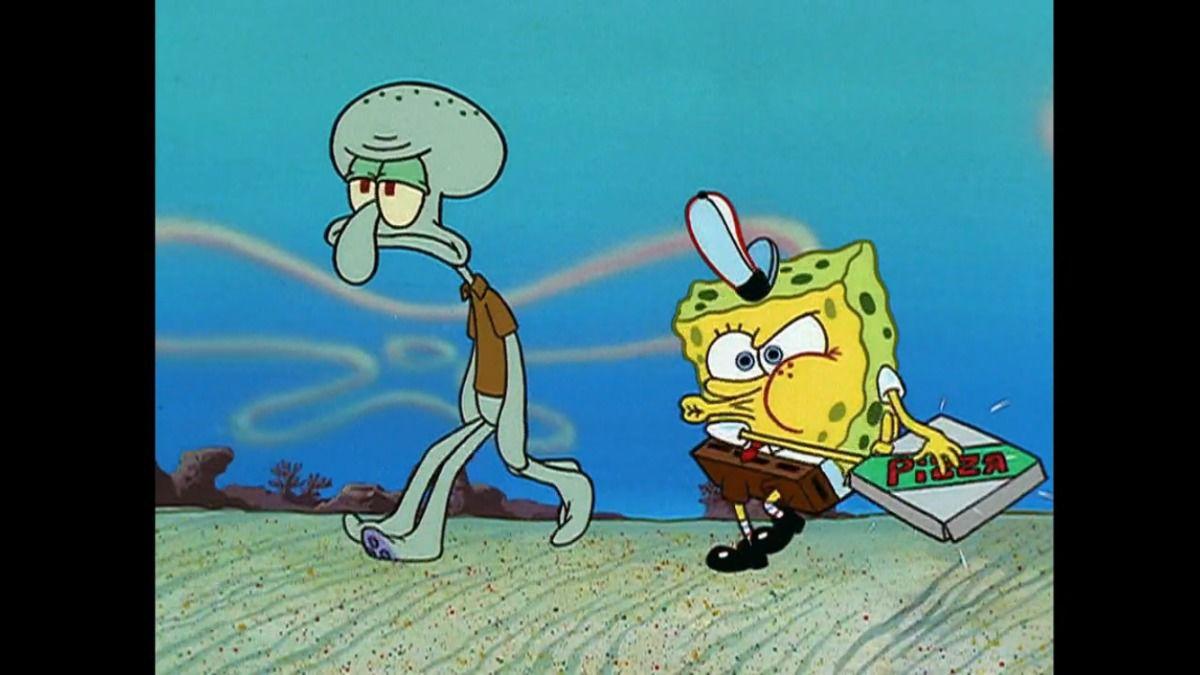 Millennial humor is a strange thing; just take a look at the most recent memes and you will quickly see how absurd, chaotic and seemingly random our sense of humor is. Why is that? The Nickelodeon animated series “SpongeBob SquarePants” has to play some role in the formation of who we are as a generation. A cartoon based around a talking sea sponge who lives in a pineapple and works as a fry cook is a wild concept for a television series, but the jokes that come from the individual episodes shine a light on where our humor comes from. Even as adults, the millennial generation just can’t seem to move past this iconic series as reaction images and memes from the show seem to pop up constantly on our social media timelines. There are also plenty of quotes that find themselves in conversation and in social media bios.

Following the death of “SpongeBob” creator Stephen Hillenburg on Nov. 26, the Internet created countless tributes and many shared how they were personally impacted by the series and its band of lovable characters. To pay tribute to Hillenburg and the wonderful world he created and its timeless legacy, four Niner Times editors have selected their favorite episodes to share just what this sea sponge means to them.

Adulthood is finally realizing that not only is Squidward justified in his anger, but that you may also be Squidward yourself. There’s nothing more relaxing to me than going home after a long day of school and work, but it isn’t always that simple. In this classic episode, SpongeBob and Squidward are tasked with delivering a pizza, which Mr. Krabs has suddenly decided to start selling as a means to make more money. Being that this is “SpongeBob SquarePants,” Squidward is relentlessly tortured throughout the episode during what should have been a simple delivery by the two losing their boat and ending up in an undersea tornado. Between the “Krusty Krab Pizza” song that SpongeBob sings and Squidward’s desperation to eat said pizza after becoming lost, there are so many hilarious moments and jokes packed into this episode. The standout line and my personal favorite quote comes as they finally reach the customer’s house and realize they have forgotten one important part of his order: “How am I supposed to eat this pizza without my drink?!” This just adds to the absurdity of the episode and the series as a whole. And who could forget the “big, beautiful, old rock” that the “pioneers used to ride for miles?”

The greatest SpongeBob episodes are nonsensical, clever, and, yes, social commentaries. The astutely named “Rock Bottom” from the first season meets all of these requirements in the weirdest way. It starts when Patrick and SpongeBob take the wrong bus on the way home and end up in Rock Bottom, the abyssal zone of the ocean. They are coming from Glove World…yep, a glove-themed amusement park. Patrick immediately catches the next bus home, leaving SpongeBob to fend for himself in the dark, strange area. After numerous unsuccessful attempts to get on the bus, SpongeBob goes to the bus station where he waits for hours, only to be told the next bus won’t arrive until the morning. He goes back outside and meets a frightening anglerfish who appears to only communicate through spitting noises. SpongeBob tries to speak with him, but the anglerfish can’t understand his “accent” — speaking without spitting. SpongeBob grows increasingly frustrated and wary of the fish, but in the end, he is the one to retrieve SpongeBob’s balloon from Glove World, which ultimately helps him float home.

The best part of this episode is the concept of Glove World, made even funnier because it takes no real role in the plot. Patrick and Spongebob could have been coming from anywhere — the store, a friend’s house, etcetera. Why include this random aspect of the episode? Perhaps the obsession with anything glove-shaped is a commentary on consumerism, just as the bus station could be a criticism of bureaucracy or the interaction with the spitting anglerfish an analogy to xenophobia. Or perhaps it is just SpongeBob, and we need not take the talking sea sponge and starfish that wear clothes and go to a beach in the ocean at anything other than face value.

Almost every episode from the first three seasons of SpongeBob are iconic, classic pieces of cinematic history. And while I believe they, as a whole, form one of the many foundational chains in the block of what established our generation’s sense of humor, a personal favorite episode of mine would have to be the “Club SpongeBob.” This episode is among one of my top ranks because it is utterly ridiculous. It also features some of the most iconic jokes of the entire series. The flawed, absurd and ludicrous logic presented in it makes absolutely no sense and it sets the stage for a downright comical experience. Why do SpongeBob and Patrick spend an entirety of three days stuck in “Club SpongeBob” without asking for help? Why do they listen to a “Magic Conch Shell” toy, and why do they literally nothing to get out of the forest, just because it told them to? How does that plan even work? How does there just so happen to be a plane overhead that releases food magically into a perfect picnic around them? Just when you think the episode has finally reached its climax with a park ranger coming in to save them and no more idiocy can be had, said ranger also ends up being a follower of the Magic Conch and has brought along his own. Squidward seems to be the only sane voice of reason in this episode, and watching him get driven to the brink of insanity by SpongeBob and Patrick’s shrewd logic actually working for their benefit is what really cranks up the humor in this episode.

I felt like I spiritually related to Squidward throughout this entire episode, from the start when he gets offended by SpongeBob and Patrick not letting him into their club to the end when he gets riled up trying to understand how everyone except for him is getting good favors from this “all-knowing shell.” The script is incredible; the jokes are incredible; everything about this episode is just incredible. Sometimes I too find myself wanting to ask the Magic Conch for advice on my life.

Long before I even started marching band in high school, “Band Geeks” stood as my favorite episode of “SpongeBob SquarePants.” It has humor all throughout, with standout moments like Patrick’s inquiry on whether mayonnaise was classified as an instrument, which alone may be the series’ most iconic line. I think what pushes it to the top, though, is the spotlight on Squidward, and not just that, but the fact that the main gang of characters rally behind him, resulting in the episode ending in his favor (which I think is the only time that ever happens for him in the entire series). The episode also makes use of pretty much all of the major characters as well as side ones like Plankton, Mrs. Puff, Pearl and even Larry the Lobster. Watching the group fail miserably at trying to be musicians is hilarious throughout, though when they come together at the end, it results in one of the greatest moments in television history. The performance of “Sweet Victory” (David Glen Eisley) is just so out of left field and amazing that it remains just as iconic to this day. Overall, this episode excels at incorporating the whole cast, solid band humor, the greatest halftime performance of all-time, and the sweet satisfaction of Squidward’s rare success being rubbed in Squilliam Fancyson’s face.