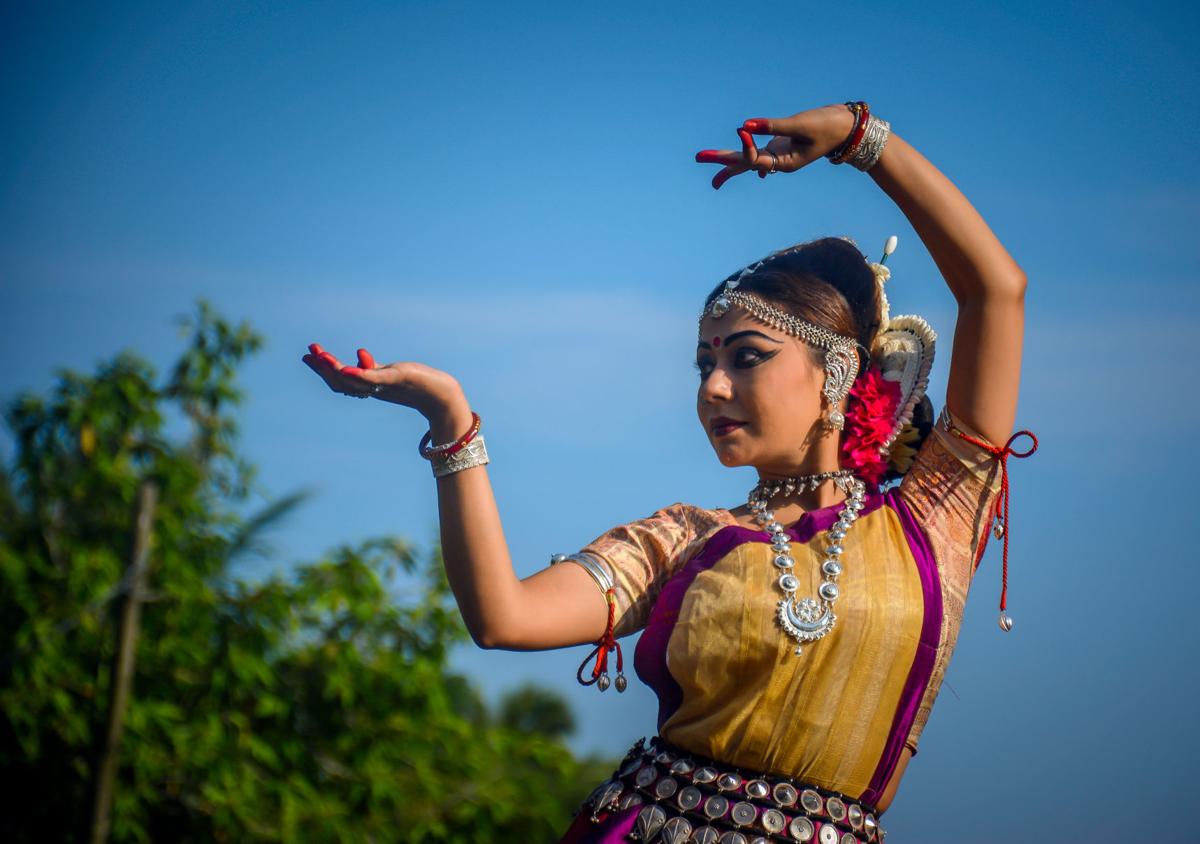 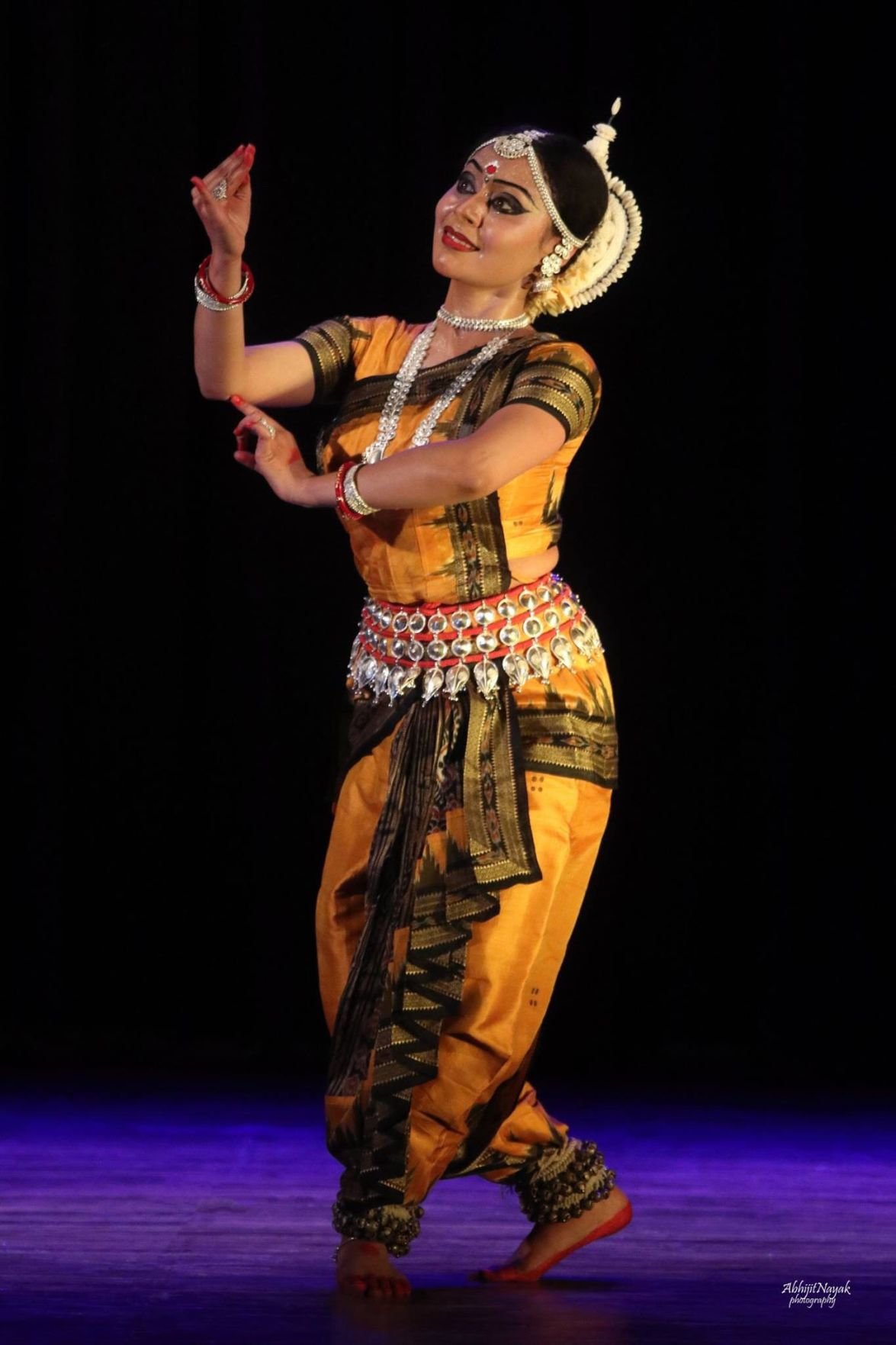 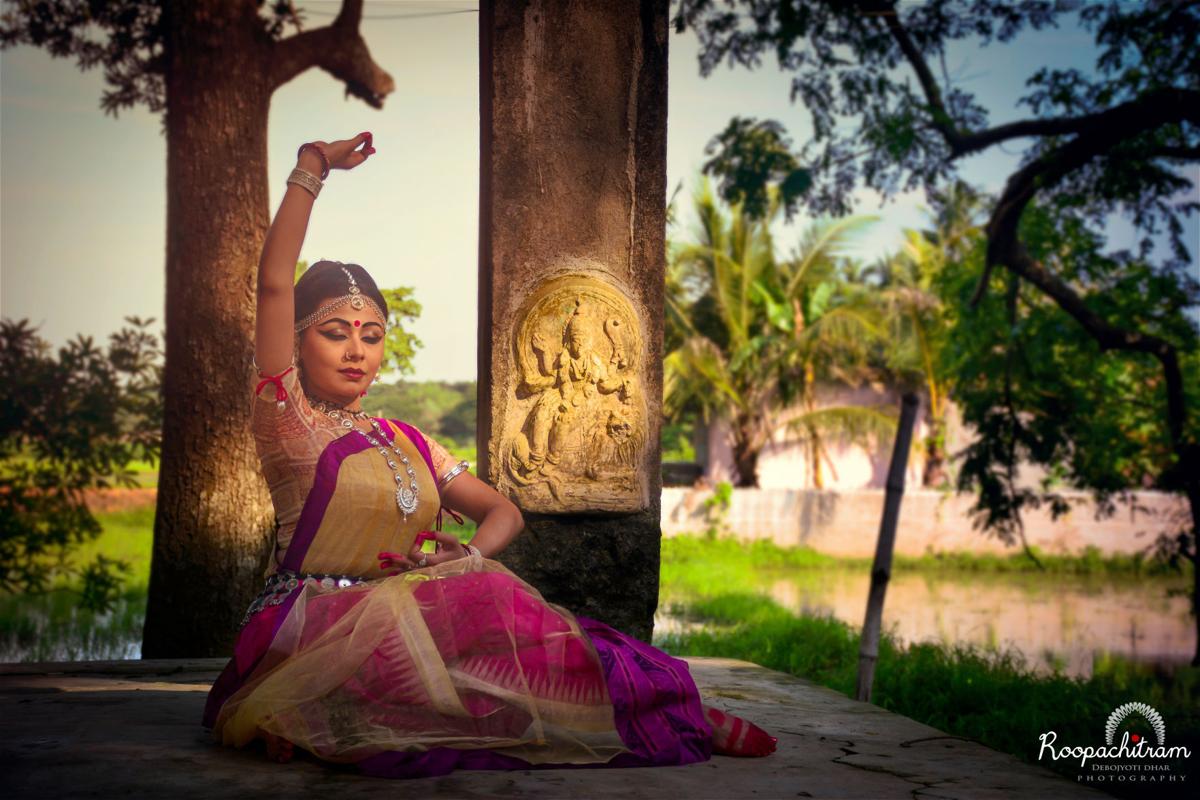 Whoever is first to arrive in the Srjan dance studio in Odisha, East India has to sweep the floor. After waking up, eating breakfast and tying her sari, Assistant Professor of Dance Kaustavi Sarkar was often the one to do it. She would head to the studio, pick up the broom that rested by the door and clear the space before the first class of the day began.

“That ritual of sweeping the floor in the morning is so grounding,” Sarkar said. “It’s a meditative exercise. It’s also gratifying in the sense that you are making space for yourself as well as welcoming others.”

Sarkar would sweep to pay homage to herself, to the space, to the other dancers and to the ancestors of the East Indian classical dance form she practices, Odissi. She would remember, in particular, that where she was sweeping happened to be one of the same studios used by dance legend Guru Kelucharan Mohapatra, the man who revived and popularized Odissi and founded Srjan.

On Jan. 2, Sarkar helped produce a festival in celebration of what would have been Mohapatra’s 93rd birthday (he died in 2004). The festival, entitled “Antardrishti,” loosely translated as “Soul Vision,” was held in Calcutta, West Bengal, India at the Uttam Mancha (auditorium) and was a collaboration between Sarkar, Srjan and Odissi dancers throughout India. It featured Srjan’s professional ensemble, duets and soloists, including Sarkar herself.

“It’s a way of commemorating the history and artistry of the Guru Kelucharan Mohapatra and the histories of the development of Odissi over time,” Sarkar said. “I’m more of a collaborator/producer of the event; I’m playing multiple roles.”

Before working at UNC Charlotte, Sarkar was a student and later a teacher at Srjan, as well as a dancer in their traveling professional ensemble. There she found an institution that would captivate her for the rest of her life.

“Srjan integrated my life into a way that everything was connected,” Sarkar said.

Srjan is unique in the fact that students studying at the school, as well as professionals working in the ensemble, not only dance at the institution but live there as well.

“My work was upstairs in the studio, and my life was downstairs,” Sarkar said.

Sarkar slept in the room of Laxmipriya Mohapatra, one of the first female Odissi dancers who was Mohapatra’s artistic partner, wife and mother of his children.

“They were so kind to open up their home and their kitchen and their lives to an outsider, a stranger like me who has no familial ties with them. But that is the practice of this apprenticeship, where you really embed yourself in a day to day, all the time learning exercise,” Sarkar said.

Dancing at Srjan was much like an apprenticeship, an up-close shadowing of teachers and mentors.

Of course, dancing at Srjan wasn’t always a fairy tale. The intensive and immersive environment sometimes lent to a strict hand in training.

“There are horror stories, where if you make a mistake the stick comes flying at you,” Sarkar said. “But conservatory training was never meant to be coddling.”

Now her life has changed. She earned a Ph.D. at The Ohio State University and is a full-time academic at UNC Charlotte, teaching courses in Foundations in Dance and Dance Appreciation. She also teaches technique courses in Odissi, making UNC Charlotte’s dance program the only one in the state to offer the classical Indian art form as part of its curriculum.

But much like how her cleaning and sweeping taught her about dancing then, her current work in academia has continued to influence her ideas about dancing. Through the festival, “Antardrishti,” Sarkar attempted to both celebrate historical and contemporary Odissi dance, presenting some of Mohapatra’s classic works as well as original works by current choreographers, and bring in some of her current research, which focuses on digital humanities, cultural studies, queer studies and religious studies.

“Sometimes the conversation gets limited between scholars or just between artists,” Sarkar said. She wanted to merge the two.

Before and after the festival, Sarkar helped sponsor “queer cafes,” spaces in which artists and scholars could come together to discuss gender, sexuality, politics and whatever else they wanted.

Sarkar used the dances presented to spark some of these conversations. For example, one piece, a duet choreographed by Mohapatra’s son, Ratikant Mohapatra, the current artistic director of Srjan, featured him and another dancer, Rajiv Bhattacharya. The piece, entitled “Bali Badh” (The Slaying of the Evil), was danced by two men; Sarkar used these kinds of instances to ask: What are the relationships between two male bodies? How has it changed through time?

Along with social and political questions, Sarkar is also interested in architecture and its relationship with dance. Odissi originated in the 12th century and was shaped by Hindu temples. Now in the 21st century, how might Odissi be changing with current uses of architecture and space?

“Temple sculpture has such a deep conversation with Indian classical dance,” Sarkar said. “[In their aesthetics and shape] they keep borrowing from each other.”

Sarkar’s own solo addressed these topics as well. She is interested in deconstructing Odissi, investigating its origins, its connotations and its aesthetics by closely examining the details in movement in relation to their historical context. What parts of Odissi technique reflect a patriarchal society? How does Odissi treat different genders? What are the influences of the old temple dancers and their lives?

“Deconstruction is way of undoing but not ripping it apart,” Sarkar said. “The values are embedded.”

She hopes to further connect her current work at UNC Charlotte to her former work at Srjan, continuing and even extending the reach of Mohapatra’s lineage.

Sarkar hopes to involve her students, as well with a plan to create some sort of study abroad program between Srjan and UNC Charlotte in the future.

“What is really special in that institution is the effects of years of nurturing towards dance,” she said. “Dance is sort of a worshiping mechanism. Every class there is always a reminiscing of lineage, of past. My hope is to open up this experience to the students where it’s more of an exchange across culture.”

Sarkar conducts an event on campus discussing some of these topics with a visiting professor from Kingston University, Dr. Elena Catalano, on May 3 and 4 in Robinson Hall room 118.