You have permission to edit this article.
Edit
Home
News
Sports
Arts & Entertainment
Opinion
Lifestyle
Multimedia
In Print
Español
Share This
1 of 7 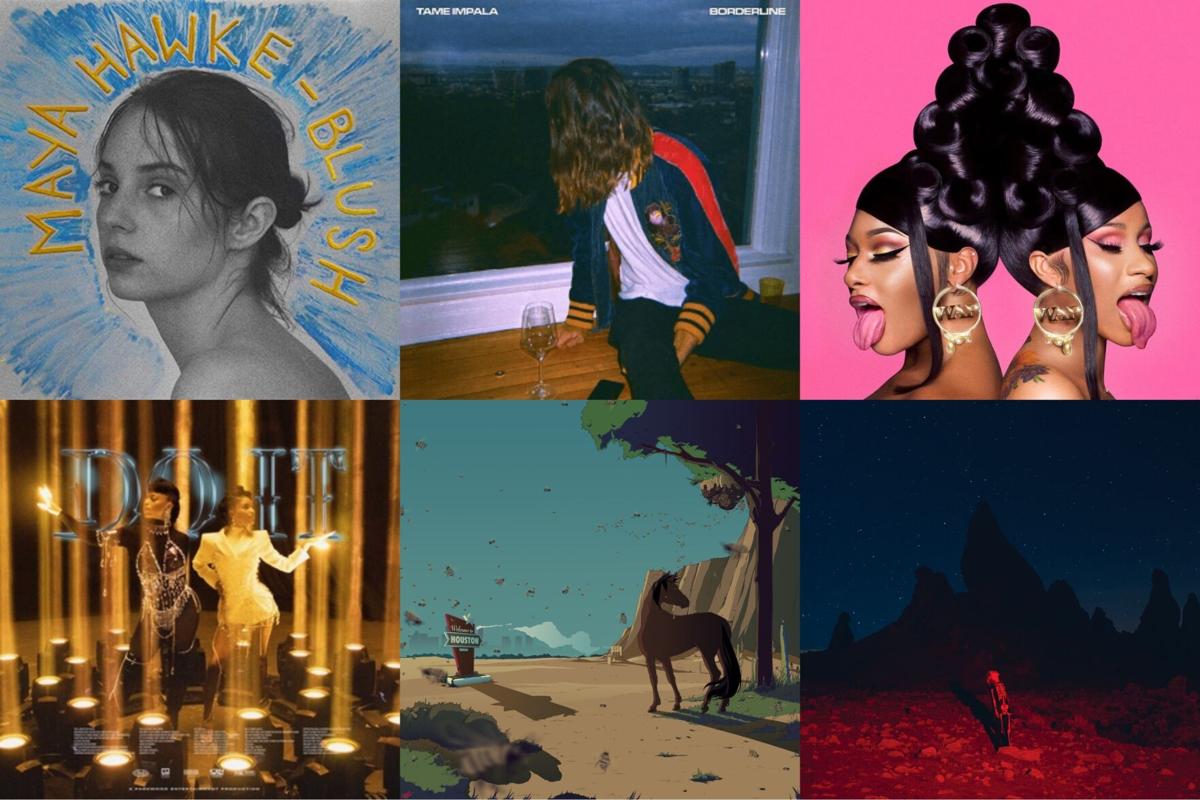 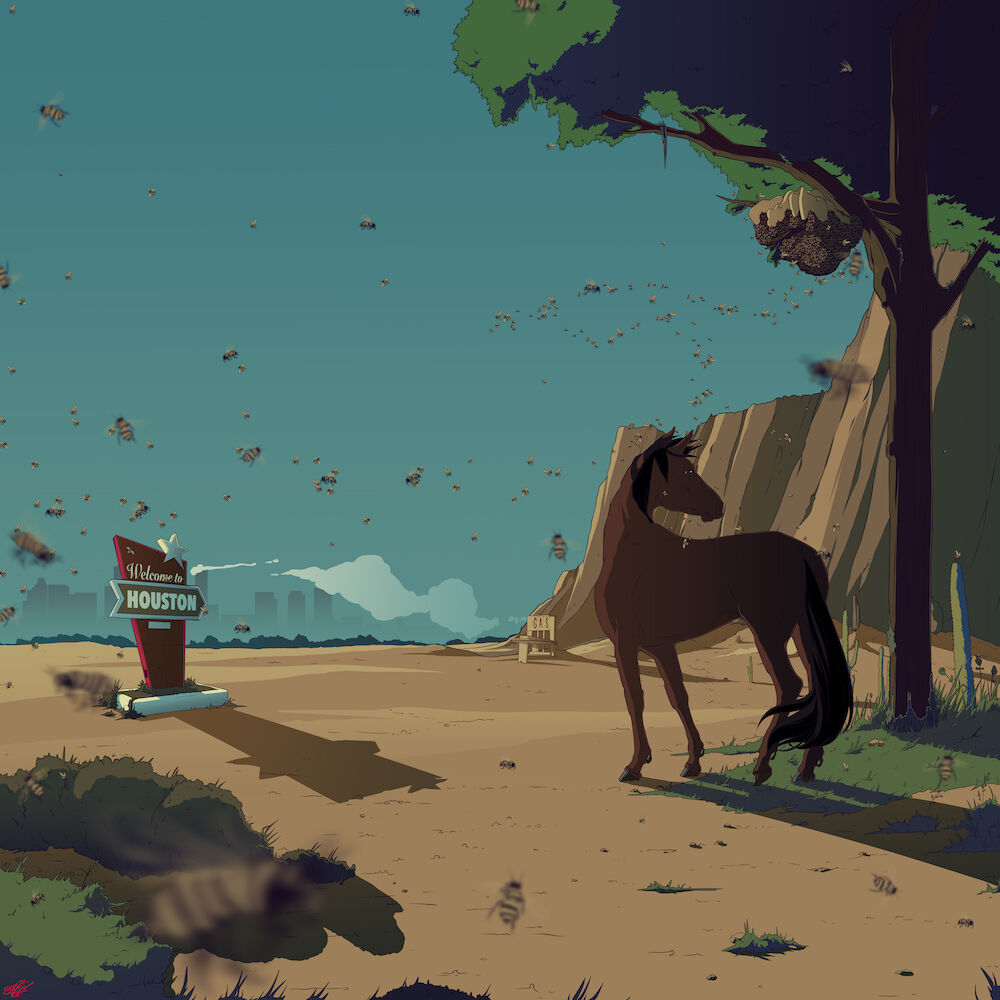 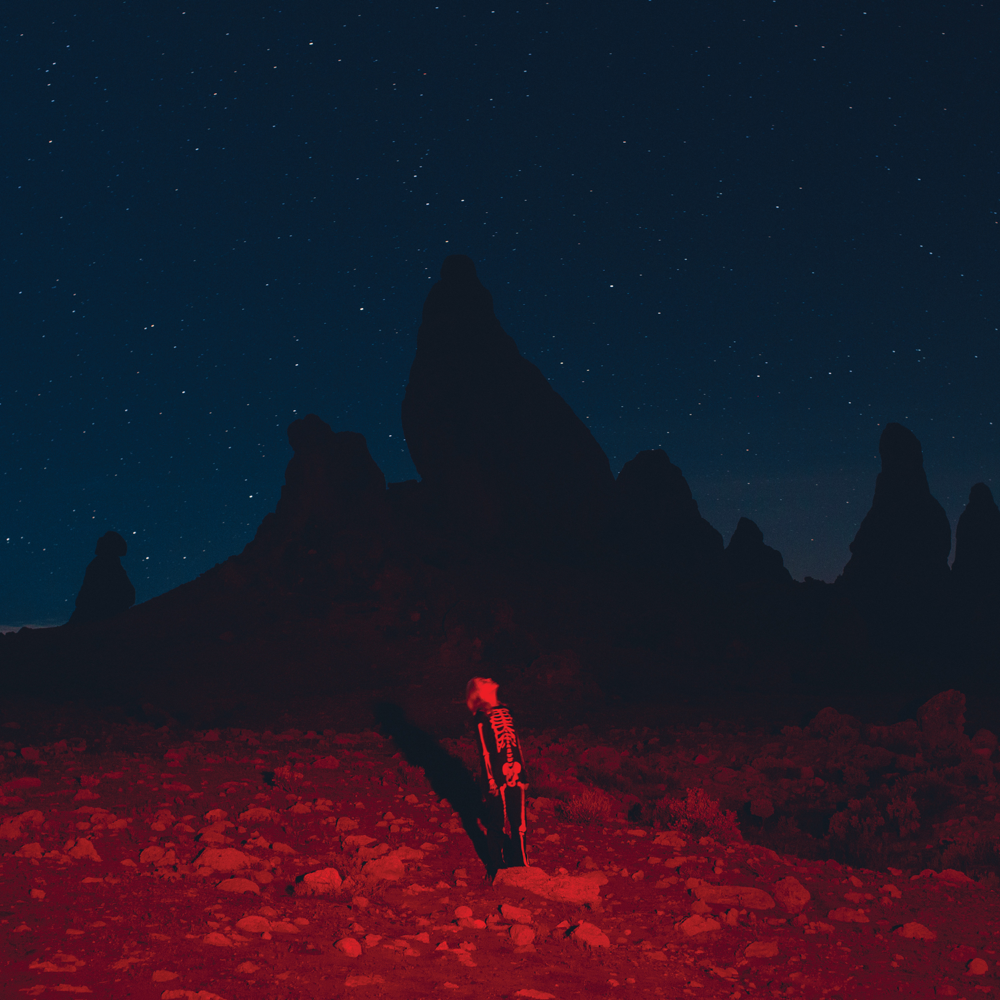 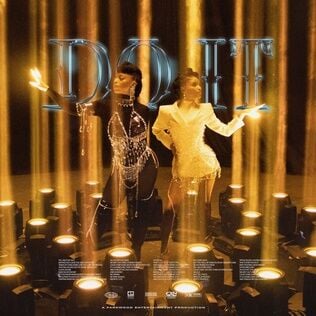 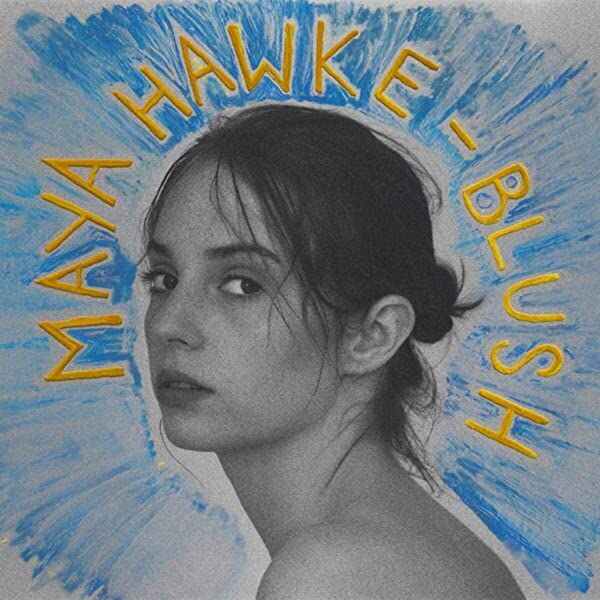 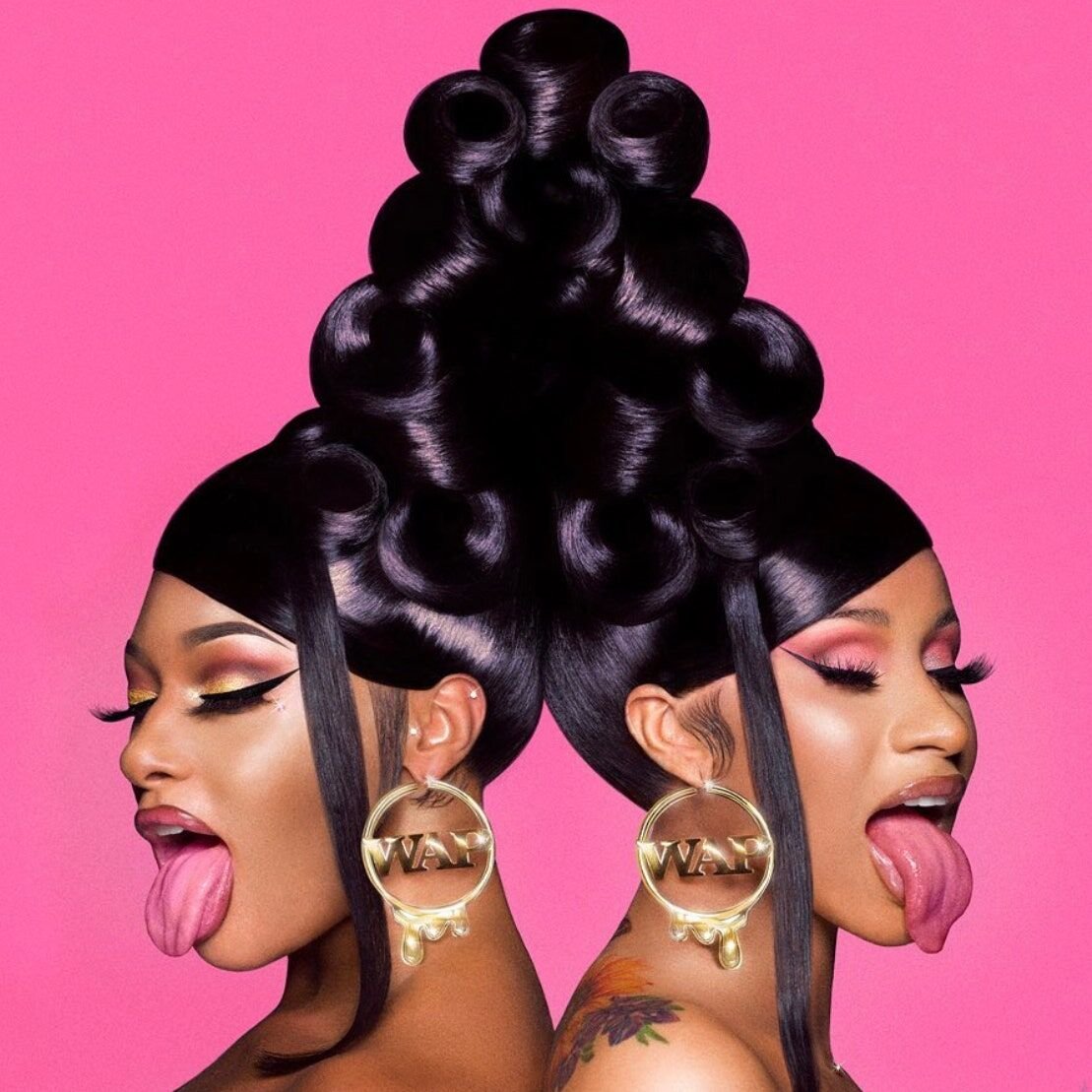 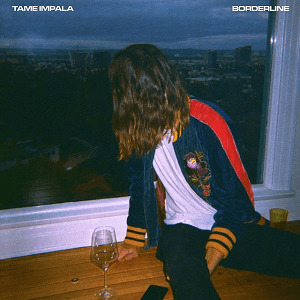 2020 has been a wild year full of ups and downs. While we haven’t been able to rely on much else, at least we have been able to rely on our music. This year has been a great one for new and diverse music that has helped many of us get through this uncertain and unprecedented year with a bit more ease. The songs below have been selected by A&E staff members as the best songs of 2020.

It’s no secret that Chloe x Halle’s “Do It” is the definitive R&B jam of 2020. The Bailey sisters seamlessly blend their signature style with odes of maturation and club-ready feels on the Scott Storch-produced track. “Do It” stands as a centerpiece of the Bailey sisters’ prolific sophomore effort “Ungodly Hour” and a cultural mainstay of 2020.

Jazmine Sullivan is perhaps one of the most underappreciated artists in the music industry. She has the ability to riff and run with singers twice her age, but it’s on her 2020 comeback single “Lost One” where she bears her soul on a bigger stage than ever before. Opening a new era in Sullivan’s discography, “Lost One” remains one of 2020’s greatest musical efforts.

On her debut album “Sawayama,” Japanese-British songstress Rina Sawayama effortlessly meshes sounds of Nu-Metal with a wave of early 2000s pop. This innate artistic ability is exemplified on “XS,” a transcending track about the dangerous overindulgence in western culture. The track is one of this year’s brightest, and ultimately the one that put Sawayama on the map.

Beyoncé’s anthemic celebration of Black culture ruled the airwaves this summer after the premiere of her ode to Africa “Black Is King.” On its own, “Black Parade” serves as a reminder that Black is beautiful and Black lives matter in the midst of racial unrest and after.

An iconic song to say the least, “Rockstar” by DaBaby made its debut in April and quickly rose to popularity. The song was very popular amongst Tik Tok users and even had its own dance. According to my Spotify Wrapped, this song was my most played song this year. Needless to say, it is a great one.

An upbeat song about female empowerment, Ava Max sings about how women are strong and are powerful queens. She also includes the reminder that we are never alone and deserve to be on a throne. Ava Max had her breakthrough in 2018 and has not disappointed since. She continues to come out with iconic and upbeat songs for all to enjoy.

Released on July 24, 2020, “Mood” quickly became a worldwide chart success and peaked at number one in the United States, the United Kingdom and several other countries. The pop-tinged “summer” track is about the toxic relationships of the rappers. “Mood” became the first song to top the Hot 100, Hot Rock & Alternative Songs, Hot Alternative Songs, and Hot Rap Songs charts in the same week. Once again, like many other of our favorite 2020 songs, “Mood” became wildly popular on the Tik Tok app.

Say what you want about it, but it’s a bop. Though very explicit, “WAP” took 2020 by storm and quickly rose to popularity, especially on the Tik Tok app. Dances, parents and grandparents reacting and so on have been byproducts of Cardi B and Megan Thee Stallion’s hit single. The accompanying music video, directed by Colin Tilley, features cameos from several famous women including Kylie Jenner, Rubi Rose, Normani, and Mulatto. “WAP” broke the record for the biggest 24-hour debut for an all-female collaboration on YouTube.

Kota the Friend’s “Everything” album is the definition of good vibes and summer music; something many of us probably desperately needed this summer. And the leading track of the album sets that tone immediately with a very laid back and relaxing production. The lyrics aren’t too deep, but they don’t really need to be. Kota gives a few really nice flows with some okay lyrics, but the lyrics aren’t the point of the song or even the album. It is all about the good vibes he is putting off.

"After Hours," The Weeknd

The title track off of The Weeknd’s latest album is one of the darkest he’s put out. Although the theme and message is a recurring one throughout The Weeknd’s career, it is the moody and atmospheric tone that really pushes the darkness, as he states “my darkest hours.” The beat switch a couple of minutes into the song really turns it from a good to a great song. The drums kick in and fit The Weeknd’s autotune use much better. Arguably the best song on a really good album, it is a travesty that there were zero Grammy nominations.

The instrumental on “Daylight” is easily my favorite off of Joji’s latest album, “Nectar,” and is the best part of this song. I really like Joji’s performance, but that shows just how strong the instrumental is. I love the switch from more low-key and moody during the verses and picks up rapidly in a cinematic way during the chorus. The same goes for Joji, as he uses more of a monotone voice in his verses while being more expressive in the chorus.

While Tame Impala’s “The Slow Rush” didn’t quite live up to their previous album “Currents,” there are still quite a few great songs including “Borderline.” The production and sounds are pretty standard when it comes to Tame Impala, but it's Kevin Parker’s flow on the song that stands out. He really mixes up his delivery into a more snappy and catchy flow which works perfectly.

While the pop music scene was dominated this year by female artists like Taylor Swift, Miley Cyrus, Ariana Grande, and many others, English pop icon Dua Lipa continued her path to the top with her second album “Future Nostalgia.” While hit singles “Don’t Start Now” and “Physical” have been on repeat for me since March, her recent collaboration with rapper DaBaby in a remix of her single “Levitating” instantly hooked me. Even more than Dua’s dreamy soundscapes, DaBaby’s new verse in the song elevated it to become one of my favorites of the year.

In a sweeping love letter to East Los Angeles hipster culture, the fourth album from indie-pop duo Mating Ritual offered up a slew of swinging, seductive tracks perfect for the summer heat. Of course, with the world stuck indoors for the majority of the year, the band opted for a mental vacation from it all, bringing together a collection of escapist hits that transported their listeners to an Eastside party scene full of enigmatic characters. While tracks like “Voodoo” and “Elastic Summer” traversed the group’s breezy lyricism and complex instrumentation, “Unusual” slowed things down, all while sending you on a transformative musical experience.

Sam Smith’s latest album showcased once more the artist’s spectacular vocal range, but ultimately left me wanting them to go deeper into their own emotional psyche as they have done in past records like “The Thrill Of It All.” While there are some fantastic tracks that ride the line between subtle ballads and full-fledged pop hits, many just don’t strike as substantial a chord as Smith’s previous work. One of his deepest dives, however, comes in the original title track of the record. While Smith’s vocals might be bathed in Auto-Tune, the feelings of longing and heartbreak in the track manage to bleed through.

The debut record of “Stranger Things” star Maya Hawke was a surprising gift in a very odd year. Just as I was getting used to seeing her on-screen in projects like the aforementioned hit Netflix series and films like “Once Upon a Time in Hollywood,” the daughter of actors Uma Thurman and Ethan Hawke dropped a delightfully melancholic folk-rock album. Her single “Coverage,” which showcased the actor and singer’s versatile pipes, stood above the rest in a satisfying, experimental debut.

JPEGMAFIA has made a name for himself as an internet-age provocateur who makes aggressive and smartly humorous rap that seems reminiscent of Death Grips. “BALD!” is perhaps the best song he has released so far in his career. The song revolves around a short but incredibly addictive loop, and over it JPEGMAFIA casually takes down his critics and jokes about his hairline. With this glitchy high-energy song, JPEGMAFIA proves he is one of the most unique and talented artists making music right now. Or maybe I am biased towards this song because I played it during the first week of lockdown when I shaved my head.

“Savage” was already a certified hit, and had elevated Megan Thee Stallion to a household name, and then the remix dropped. Few artists are lucky enough to get Beyoncé to remix their song, much less rework the song’s entire chemistry. Beyoncé the rapper is not someone we get to see very often, but she still brings unique character, raw talent and delivers some now-iconic lines. These two Houston natives trading effortlessly playful verses can lift the mood in any room.

100 gecs released one of the most unexpected and divisive albums of 2019, and invited a variety of musicians to help on this year’s remix album. Hyperpop producer Umru fully glitches out the song, adding a sense of urgency that somehow makes the already danceable track even more danceable. The most impressive thing about the remix is how Umru managed to find the emotional heart of the song, and bring it out in a profound way. The song breaks down at the end, into an unexpected moment of pure bliss.

Phoebe Bridgers has made a name for herself as one of indie music’s most prominent Elliot Smith-style songwriters. Her songs dwell in melancholy, and are often filled with the type of emotionally resonant lyrics that remind you music can be poetry. “Garden Song” is largely about recurring nightmares that the singer experienced while on tour, but the evocative details described burrow deep into your brain. The song is full of haunted memories, real and imagined, that build a universe no one else could have created, but that anyone can find beauty in.