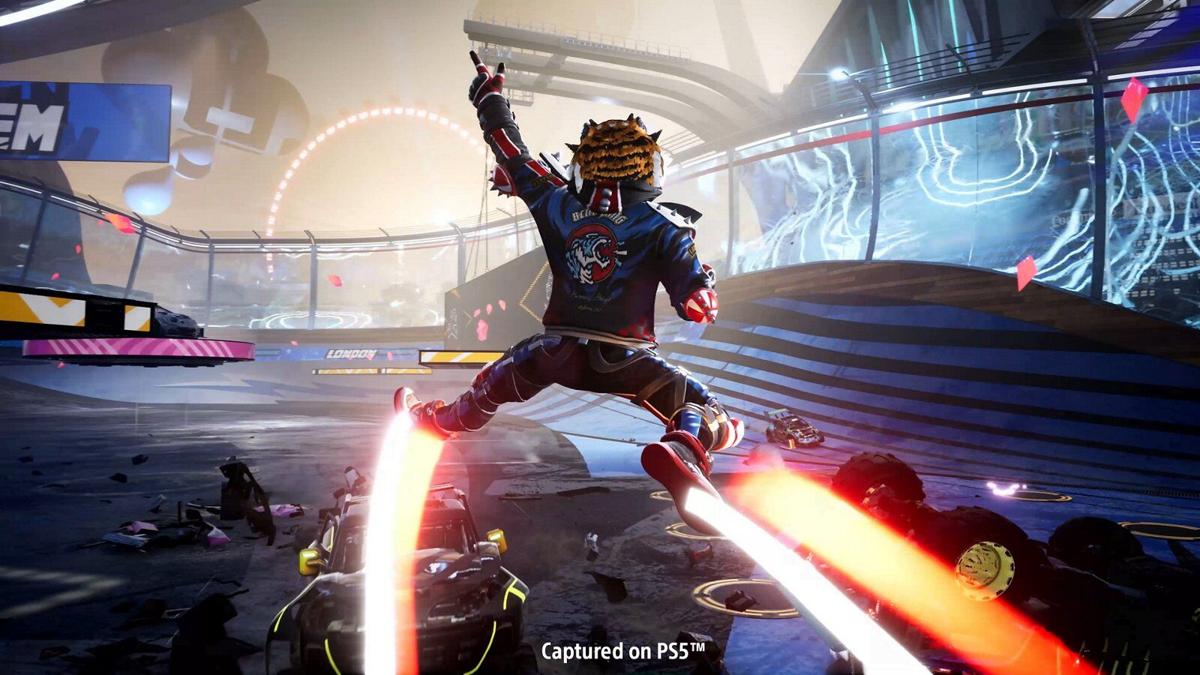 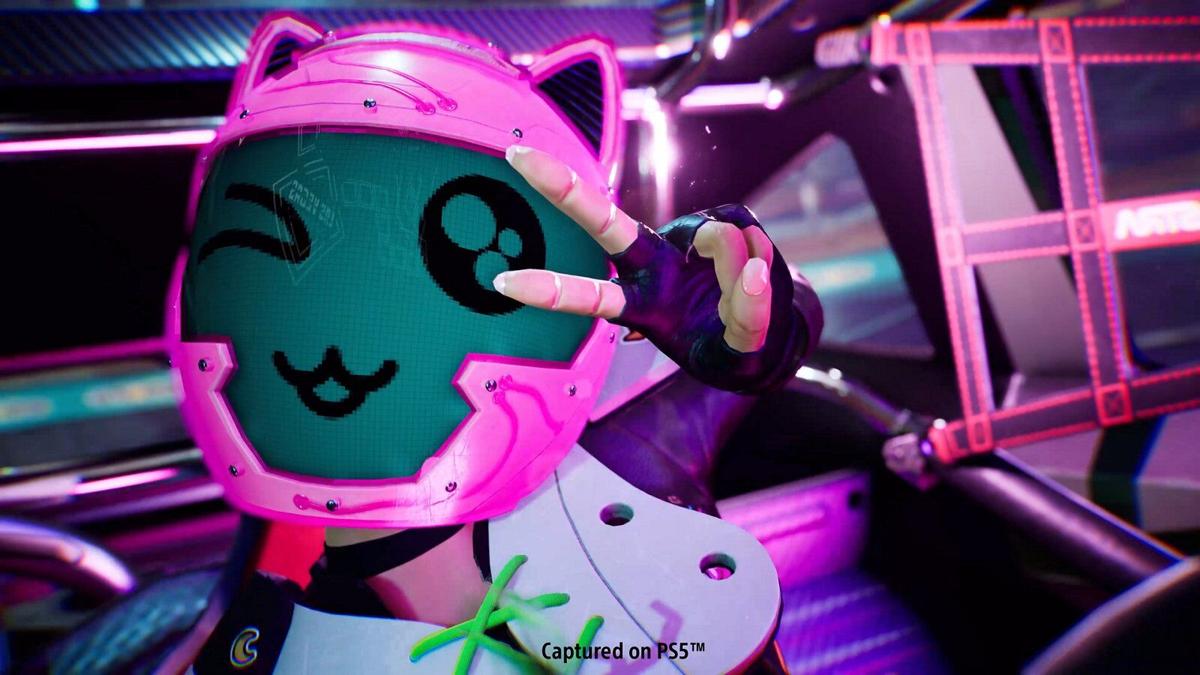 During the great PS5 wait session of 2020, those of us who were anxious to see what games were on the upcoming enhanced machine were treated to confirmation of a strange, yet interesting, new IP from Sony called “Destruction All-Stars.” Reportedly beginning its life as a revival of the classic “Destruction Derby” series, developer Lucid Games ended up having so many new ideas that the project evolved into something new entirely. “Destruction All-Stars” was initially intended to be released on the launch day of the PS5 but was delayed until Feb. 2, 2021, to ensure that the game was as polished as possible. For those unaware, the game was originally meant to launch at retail with a full $69.99 price tag but was pulled at the last second and offered as a free title through PlayStation Plus. So, the question remains, how did Lucid Games’ latest effort turn out?

“Destruction All-Stars” centers around a futuristic sports league featuring a group of pop-culture icons who all strap themselves into vehicles and wreck the snot out of each other for the amusement of people across the world. From the announcers to the playable characters, to the wacky hijinks that ensue in the arenas themselves, the entire game has a wonderfully irreverent, tongue-in-cheek humor about it. This helps you drop any misgivings that you may have initially and accept the game for what it is. There are many times where the sheer absurdity of the situations that the game presents you with is good for more than a couple of laughs. The game is gratuitously violent, but it’s the kind of cartoony violence that is much more likely to be played for laughs than anything else.

“Destruction All-Stars” is primarily an online multiplayer game. When finding yourself in an arena populated with up to 16 players, your goal in every match is simple: wreck or be wrecked. Each of the game’s playable characters has a specialized set of abilities known as Breakers and a personalized Hero Vehicle that can be summoned after earning enough energy by smashing enemies or collecting crystals scattered around the arenas. In addition to standard battle matches, there are additional rulesets such as “Gridfall” and “Carnado” that help provide some variety to the gameplay. Control is generally responsive here. The cars all have a nice, slippy and weighty driving style, and activating a Breaker to score multiple KOs at once can be very satisfying. However, the Breakers can also bring one of the game’s issues to light—the balancing. To put it bluntly, some Breakers are ridiculously powerful, and others are practically useless, to the point where there is absolutely no reason to play as certain characters. Players are starting to catch on to this, as my matches have been increasingly populated with the same handful of characters, while others are rarely if ever seen online. This takes the game’s already low character count (at least when compared to other games of this style) and effectively cuts it in half.

These issues are enough to cause a bit of annoyance, for sure, but they aren’t complete dealbreakers. However, there is one issue that I have failed to mention up until now, and it is something that almost instantaneously turned my opinion against this game and helped make up my mind that I couldn’t recommend it to most people. This game has a severe lack of content. For a character-based online battle game, the characters’ actual selection is one of the smallest I’ve seen. There are only a handful of maps that don’t even feel very distinct from one another to begin with, especially when talking about the visuals. And, perhaps most egregiously, there’s no real incentive to continue playing matches. Players can earn currency to be spent on unlocking new skins, costumes and special visual effects for the various characters and vehicles, but the rate at which these credits are dealt out is almost insulting. You earn quite a bit towards the very beginning of the game, but once level-ups and bonuses start to slow down, you’ll be waiting for what seems like dozens of matches to save up enough credits for even a couple of items from the shop. Unfortunately, “Destruction All-Stars” fails to achieve that necessary “just one more match” mentality needed for games of this style because the loop of rewards for participating in matches is so pitiful.

Things only get worse when looking towards some of the other aspects of the game. For example, the game attempts to provide single-player content with individualized scenarios for each character. These see you playing through a series of challenges consisting of objectives such as wrecking a certain amount of AI-controlled opponents or making your way through a set of gates under a time limit. While this isn’t a bad idea on paper, the game completely botches this concept’s execution by locking most of these challenges behind a paywall. There is only one challenge series available by default (which takes about 15-20 minutes to complete), and the rest have to be unlocked with a unique currency that can ONLY be obtained through the PS Store with real-world money. It’s a bit up in the air right now as to exactly where “Destruction All-Stars” will settle price-wise. Had this been a full-priced game, having such a lack of content would not have been a good look, to put it lightly.

There are bright spots to be found in “Destruction All-Stars,” that much is for sure. The game looks great visually, although many of the environments come off as a bit samey. The actual driving controls are snappy and responsive. The idea of a demolition derby taken to the absolute extreme with wacky characters and powerful special attacks is a sound one at the base level. There is a considerable amount of effort gone into certain parts of this game, but that seems to have come at the cost of other areas being completely ignored. The matches may be fun for a bit, but nothing is surrounding them to get players hooked and keep them coming back for more. Single-player content is also non-existent, and what little bit there is has been seemingly locked behind a digital paywall. If I had paid full retail price for this game, I would be going a lot harder on it than I did here. However, even with its current status as a free title for PlayStation Plus members, “Destruction All-Stars” will likely have a hard time pulling you in. Seeing as how this is an ever-changing, “live service” styled game, there is hope that things may be added, changed or rethought in the future. But for now, “Destruction All-Stars” stands as the first real misfire from Sony during their new console generation.