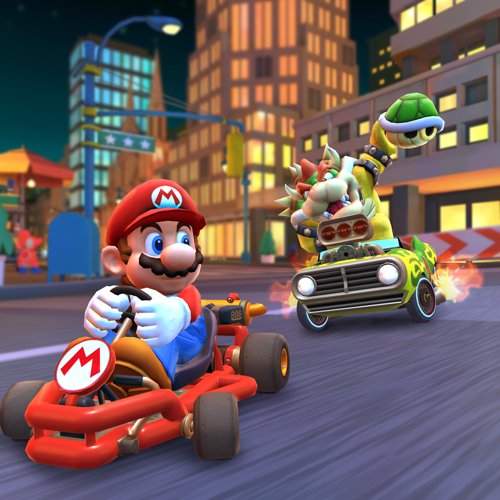 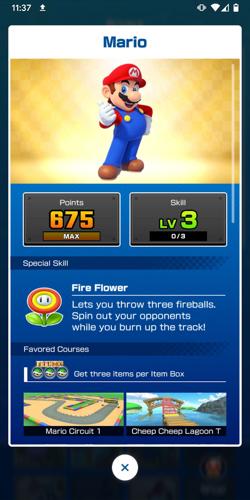 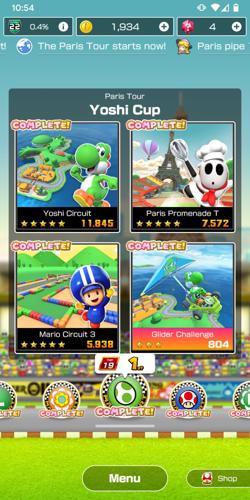 Earlier this year, I had the opportunity to review “Mario Kart Tour,” a mobile adaptation of one of my favorite long-running Nintendo franchises. Needless to say, the game had a lot of issues, and I ended up settling on a rather deflating 4/10 rating. However, I gave that score hesitantly, because while I do stand by it (the egregious microtransactions really are a death knell for the game’s overall appeal), “Mario Kart Tour” contained some of the most compelling gameplay that I’ve seen from the franchise in a long time. The fact that I still have the game downloaded and continue to play it rather frequently (despite its heavy-handed, though not completely impossible to ignore monetization), speaks volumes to how fun the game really is. Yes, there are things that I believe this game does better than “Mario Kart 8 Deluxe,” and there are changes made in this game that I would welcome in a future mainline installment. So, today I’m going to take you through five of the things that “Mario Kart Tour” does brilliantly, and how these mechanics could potentially be introduced in a future mainline game.

Let’s face it, “Mario Kart” has had the exact same single-player mode for far, FAR too long now. There have been minor deviations over the years, such as “Mario Kart DS” with its Mission Mode. However, every single “Mario Kart” has followed the exact same formula when it comes to single-player offerings, tasking players with earning first place in x amount of cups across 50cc, 100cc,150cc, Mirror and in the case of “Mario Kart 8”, 200cc race modes. This essentially comprises the closest thing to a single-player “campaign” mode in any given “Mario Kart” game, and most of the time it simply doesn’t cut it. Seeing all the tracks is nice the first time, but then a sense of dread starts to set in when you realize that you have to complete all of these tracks a total of 5 times at minimum just to unlock everything. “Mario Kart Tour,” by comparison, offers a system in which players are presented with far more cups than is typical for a “Mario Kart” game, all arranged in a straight, linear fashion. Rather than having to complete each cup on every single difficulty, players simply choose their difficulty before entering (playing on higher difficulties will yield higher rewards) and are never forced to revisit that cup after its initial completion. This leads to a much more obvious sense of constant progression, as even if cups are made up of previously seen tracks, you’re earning new rewards each time you play, and constantly working towards the goal of moving further along the line of progression.

The scoring system is probably the most brilliant gameplay adjustment in “Mario Kart Tour.” Now, the problems lie mainly in its implementation and role within the monetization systems, as some of the scores the game asks you to achieve in certain races feel downright absurd without spending money to unlock the proper racers and parts (more on that later). However, the score mechanic in itself is, well, phenomenal. Here, players are not simply rewarded based purely on their race position, but rather on the overall points that they were able to acquire over the course of an event. Sure, your race position does play a key role in this, but points can be scored by doing pretty much anything you would normally do in “Mario Kart.” Drifting, tricking off of ramps, boosting, using items, all of these actions and more add to your score, and that is what determines whether or not you pass or fail an event. By comparison, everything except for your race position feels somewhat frivolous and unnecessary in a game like “Mario Kart 8.” Yes, drifting will help you go faster and using items will help you push back your rivals, but it doesn’t feel like you have any real incentive to perform these actions. If you can get first place, then that’s all that matters. In “Mario Kart Tour,” you can miss out on the lead position, but still earn enough points through secondary actions to fulfill the requirement and move on to the next race, which feels more satisfying when pulled off. Replacing the main series’ “Get a gold trophy to advance” model with one built around a point system that rewards you for every action would make races feel much more impactful, and give players more incentive to spend time practicing with some of the game’s more advanced mechanics in order to maximize their scores.

Strictly speaking, “Mario Kart Tour,” even after its various content updates since launch, does not have anywhere near the highest track count in the series, but it feels like it does. Why is this? Well allow me to introduce “R Tracks” and “T Tracks.” You see, for any given course in the game, there are actually three different versions. Taking “3DS Toad Circuit” for instance, there’s the standard track, “3DS Toad Circuit R,” and “3DS Toad Circuit T.” These modifiers stand for “Reverse” and “Trick” respectively, and they change the track in a much bigger way than you might expect. Reverse races see players going around the track, well, in reverse, but there are also changes made to the track layouts and obstacles to make them feel like they were coherently designed with this change in mind. Boost pads or glider points may be added in places that would ordinarily be less exciting to backtrack through, and new bridges or pathways are added to turn previous glider segments into new areas entirely. The Trick courses, on the other hand, are essentially the original tracks cranked up to 11. There are more coins to grab, more items to throw, more ramps to jump from and new obstacles are strewn about, making the race about a million times more hectic than it would have been the first time you played it. This is a fantastic way of adding replay value to the game, allowing players to technically retread old ground without it feeling stale or mindless, and I can see where the main series could benefit from having these alternate versions of every track in its lineup.

This was another aspect of “Mario Kart Tour” that completely changed the feel of the game for me and something I would love to see implemented in a mainline game. As I mentioned before, the only sense of progression that you really get from “Mario Kart 8 Deluxe,” for example, is being drip-fed new car parts for every 50 coins you pick up over the course of the races. “Mario Kart Tour,” on the other hand, has several systems in place that make you feel like you’re achieving tangible growth with every single event you take part in. You have your overall player level, which is added to after every race and rewards you with in-game currency upon leveling up, but each character, kart and glider also has their own level. These levels go up the more you play with that particular character or kart, and will earn you more points for using these characters after their level has increased. Each character or part also has a “Skill” meter that is upgraded every time a player receives a duplicate of a character or part from the game’s gacha system, which can grant the character small benefits and stat boosts. While the random aspect of this system is obviously not ideal, I can see a version of this setup with all randomness and microtransactions removed working beautifully as a way to keep players invested in bolstering their favorite characters’ abilities. Being rewarded with EXP after completing each race and then being rewarded with in-game currency or bonuses upon leveling up would add a fantastic sense of progression and importance to every single moment you spend playing the game, something that I think main series Mario Kart games could benefit greatly from.

Assuming that actual real-world money is not involved in any way, I think that an in-game shop would be a much more compelling way of unlocking characters and karts than simply being awarded one every few races. This would not only allow players to instantly gravitate towards unlocking their favorites but would leave the potential for daily/weekly events or rotations that may persuade people to try out characters that they wouldn’t normally be inclined to. Implementing a shop system would give immediate value to the currency (let’s say, coins), that players earn naturally through the course of gameplay, and would provide a reason to keep coming back to the game, honing their skills, and making their way through the game’s myriad of circuits. Again, assuming that no real money was involved at all, players could take pride in earning the coins needed to build their favorite custom setup and showing it off to their friends in multiplayer. This would, in a way, tie some of the other systems I mentioned here up into a nice, rewarding gameplay loop, and would provide players with reasons to keep playing and replaying the game to earn their way to unlocking everything.

And there you have it, all the aspects of “Mario Kart Tour” that I genuinely think could help make the next mainline “Mario Kart” game something truly special if they were implemented. “Mario Kart Tour” failed not because of its core gameplay, but rather in spite of it. The somewhat shady and manipulative systems implemented around the game’s actual mechanics are what ultimately led to “Mario Kart Tour” being a game that I simply couldn’t recommend in good conscience. However, if these mechanics were given another chance within the context of a full retail release, and without the trappings of the mobile gaming space getting in the way, I think we could have a “Mario Kart” game for the ages on our hands.