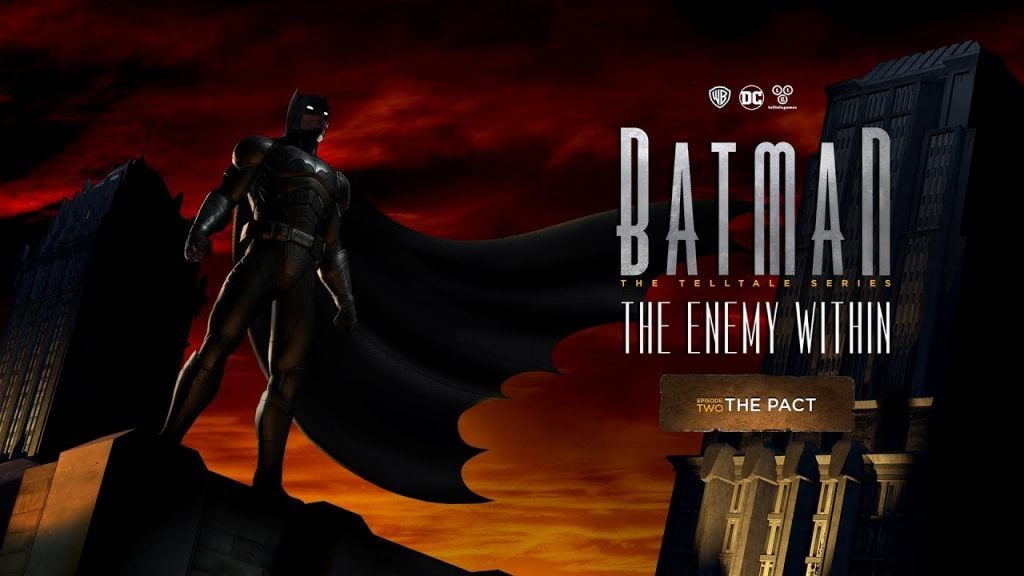 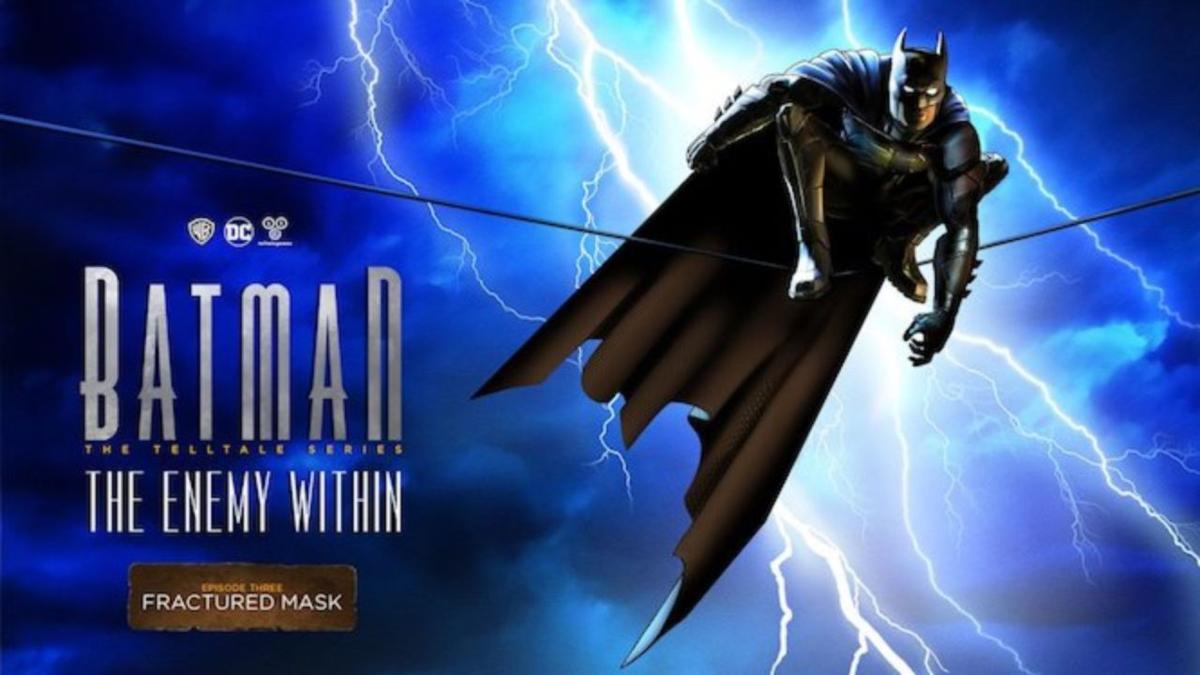 Warning: Spoilers for “The Pact” & “The Fractured Mask,” as well as previous episodes of “Batman: The Telltale Series” follow.

After a disappointing conclusion to Telltale’s “Guardians of the Galaxy” series, I had almost forgotten how good a game from them could be. The latest two episodes of their “Batman: The Enemy Within” series serve as a fine reminder on just how masterful they can be at telling a story, one that provides difficult decisions left and right. The premiere left off with the death of Riddler, leaving us wondering as to what secret organization he was a part of, and who it was comprised of.

After the Riddler’s death and Amanda Waller’s reveal to Batman that she knows his real identity, the caped crusader has to come to terms with this newfound information, which urges the player into compliance with whatever Waller orders. Soon after, we are introduced to the first member of the mysterious Pact group as Bane, who gives Batman a serious beating. This forces Bruce to act as his billionaire self, using his friend John Doe (The Joker) to infiltrate the mysterious organization with the approval from Waller. Bruce soon learns that Harley Quinn is the leader for this group after Riddler’s passing with Bane, John and Mr. Freeze falling behind her. The rest of the episode follows Bruce trying to gain the group’s trust through a series of trials, one of which involves him stealing from his own company.

One thing I appreciate about this series is just how difficult each decision is to make. One example of this is trying to please both Chief Gordon and Waller, both of whom are at odds for getting in each others way. While Waller does hold leverage on Bruce, she clearly holds the greater good at top priority and the means to accomplish her goals, where as Gordon is one of Batman’s most trusted allies, making it a tough choice to make. My favorite part of this series however is John Doe, who almost has a sense of innocence as he shows a true affection for Bruce as a friend, and seems to be only wanting to please others, occasionally showing signs of what he may become. His dialogue is extremely funny as well, as the character should be in a sadistic way, and Anthony Ingruber does a terrific job at portraying this unique take on the character.

The series has done a great job at twisting your preconceived notions of the “Batman” story and characters, which helps to keep you truly concerned for what may happen, and one of these is John and Harley’s relationship. Typically, Harley is shown to be the one striving for the affection from the Joker, but this time around it has been turned completely on its head as we see John asking Bruce to make him look good in front of her during his first meeting with the insane clown. There are more examples of this throughout and show how she takes advantage of the poor guy, making me try extremely hard in dialogue options to make sure he doesn’t go down his seemingly destined path. It’s not something I thought possible, but Telltale has made a villain like The Joker someone I sympathize with.

After securing the Riddler’s corpse for use in unlocking his laptop and finding plans for a big heist, Catwoman is reintroduced from last season to help the group accomplish this. Both her and Bruce are surprised to find this out, and both share a few words soon after. Later on, Bruce returns to Wayne Enterprise to meet with Waller for a progress update, who he instead finds is Lucius Fox’s daughter Tiffany, who has Wayne arrested by Gordon as she still blames him for her father’s death. Waller quickly comes in after, ordering Gordon to stand down and soon has him discharged for going against her command. Gordon is clearly upset at Bruce as he highly suspects him of criminal activity with the Pact, which only makes me wish the game would give me the opportunity to tell him Bruce is Batman, because if anyone deserves to know, it is Gordon.

Once Bruce speaks with Waller, you’re given the chance to tell Tiffany the truth about Batman, which I did and in turn caused her to want to take over her father’s role in developing tech for Batman. Soon after this we get one of the best scenes the game has had, involving John Doe discussing with Bruce how to win over Harley’s affection. This scene has clear implications on where his character might go later on, which left me anxious and wondering had I made the right choices overall. At one point last episode we got to see the inside of John’s room, which has pictures of him with other people he holds to high esteem such as Harley, Bruce and one that he leaves blank which he says he’s saving for Batman. He gets his chance this episode by following the source of the bat-signal (which I now find myself asking why none of Batman’s enemies have ever attempted such a task), which gives him the photo and a chance to get advice from Batman. It’s this moment that further blurs the line on who Bruce truly is, a billionaire playboy or the guardian of Gotham, something that I love getting a chance to explore more of.

Overall these are some best episodes the series has put out, and John Doe is a large component in that. Something I noticed in this episode is how little time we actually spend as Batman, with most of it dedicated to Bruce being undercover, who Troy Baker excels at voicing the most when comparing the two. There are also a number of minor plot threads running that also keep things tense like Bruce’s relationship with Catwoman/Selina, as well as Alfred clearly showing some mental health problems after the amount of stress he has endured in both seasons. I am eager to see where Telltale takes things next episode, even though I think the main plot-thread regarding the Pact may be the least interesting part of the season so far. One thing is for certain, if you’re a fan of the Telltale style series or Batman in general, this is a one I can highly recommend.