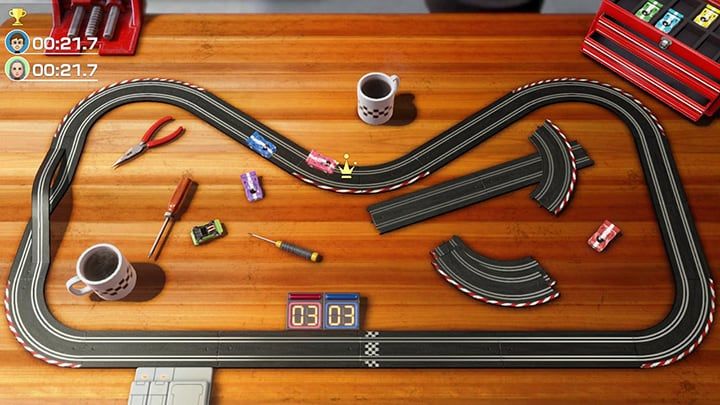 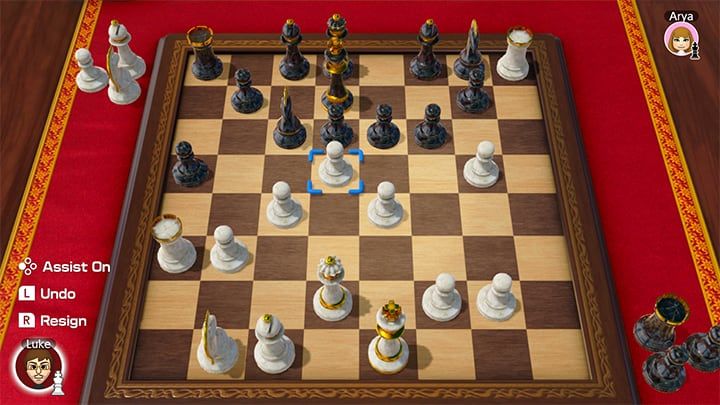 I’ve always been a fan of Nintendo’s more casual games. The company’s string of easy-to-pick-up yet deviously difficult-to-put-down titles saw its peak during the “Wii” generation, with titles like “Wii Sports” and “Wii Play" providing potential hours of multiplayer hijinx that was enjoyable for seasoned gamers and new players alike. “Clubhouse Games: 51 Worldwide Classics,” the latest effort from longtime “Mario Party” developer ND Cube, attempts to bring a similar formula over to Nintendo Switch, presenting a catalog of 51 minigames from all different origins ranging from real-world board games, to callbacks to some of Nintendo’s titles.

As the name implies, this game grants players access to a staggering 51 games, ranging in genre, length, complexity and skill level. There’s a little bit of everything on display here, from card games and board games to competitive puzzle games and even a selection of more fantasy-based “variety games.” While I can certainly say that every single game on the setlist is at least worth a look, there are some definite standouts here for sure. The game’s version of darts, for example, employs the use of surprisingly accurate motion controls to simulate throwing darts at a target and contains several different rulesets to vary up the gameplay over time. Golf, likewise, is a fantastic tribute to Nintendo’s own NES Golf title with its overhead perspective and simplified control scheme. Even the devilishly-addicting “Six Ball Puzzle” from 2012’s “Mario Party 9” makes its glorious return here, and it’s just as fun as ever.

There is certainly a distinct level of quality and polish that can be seen immediately in every single game available in “Clubhouse Games,” something that fans of first-party Nintendo games will be all too familiar with. Yes, the trademark Nintendo magic is on full display in this title, as the graphics often appear strikingly realistic. It’s beautiful to be sure, but in a very different way than a title pushing a large open-world environment, for instance. What’s more, all of the content here is tied together by a consistently clean and appealing UI, which seems to take more than a few cues from ND Cube’s work on “Super Mario Party.” Topping off the presentation is a pleasing if forgettable soundtrack that serves as great background music, but isn’t likely to get stuck in your head after turning the game off.

So, the foundation is solid. But unfortunately, despite offering 51 games, it doesn’t take long for you to start feeling like the package’s well of content is running dry. Playing every single game at least once is likely to take less than four hours for most players. While I certainly wouldn’t argue that the appeal of “Clubhouse Games” ends completely at that point, a lot of the further enjoyment will depend on the individual and their motivation to revisit each game to chase after high scores, time records, and that sort of thing. There’s obviously multiplayer to consider and the game offers full online play with both friends and randoms. So if competition for the sake of competition is your thing, then these features alone could easily add hours and hours to your playtime. However, at least for me, the lack of any kind of unlockable content or customization options makes for a situation where once I’ve had my fill of the games, there’s not much reason to keep coming back.

It should go without saying that a game like this was always going to be best enjoyed with others, and thankfully “Clubhouse Games” has many smart systems in place to make multiplayer as easy as possible. Every single one of the 51 minigames is playable with just a single joy-con, and as with most switch titles, dropping in and out of play is incredibly seamless and streamlined. Additionally, on-screen instructions and tutorials work wonders in easing unfamiliar players into some of the more complex games like Chess or Mancala. As I hinted to earlier though, there’s no real overarching reason to keep playing these games. Everything is unlocked from the start, except for one additional deck for the card games with Mario-themed artwork replacing the standard playing cards. This makes for a package that, while it remains a fantastic party game, loses much of the appeal it has as a single-player package very quickly. Perhaps if players earned credits from each game they played to use in some kind of in-game shop for unlocking different themes, backgrounds or art, there would be more of a reason to keep coming back. As it stands though, there’s simply not enough content here for me to recommend this game to everyone (ironic I know, considering the game’s title).

It feels odd saying this, but I almost feel as if the 51 experiences built into “Clubhouse Games” are more impressive individually than the overall package is, as backward as that may sound. The games themselves are largely fantastic with only a couple of duds in the entire package, but there’s absolutely nothing to tie the games together in any kind of overarching way. It’s a very similar problem to the one that many people seemed to have with ND Cube’s earlier 3DS title “Mario Party: The Top 100,” as that title also contained a large list of engaging minigames, but lacked the series staple board game mode to tie them all together. Taken as is, “Clubhouse Games” isn’t a bad collection by any means, and you may very well find a lot more longevity in the title than I did. However, I feel like a smaller collection of minigames put within a more substantial context could offer far more reason to replay and master each individual part.