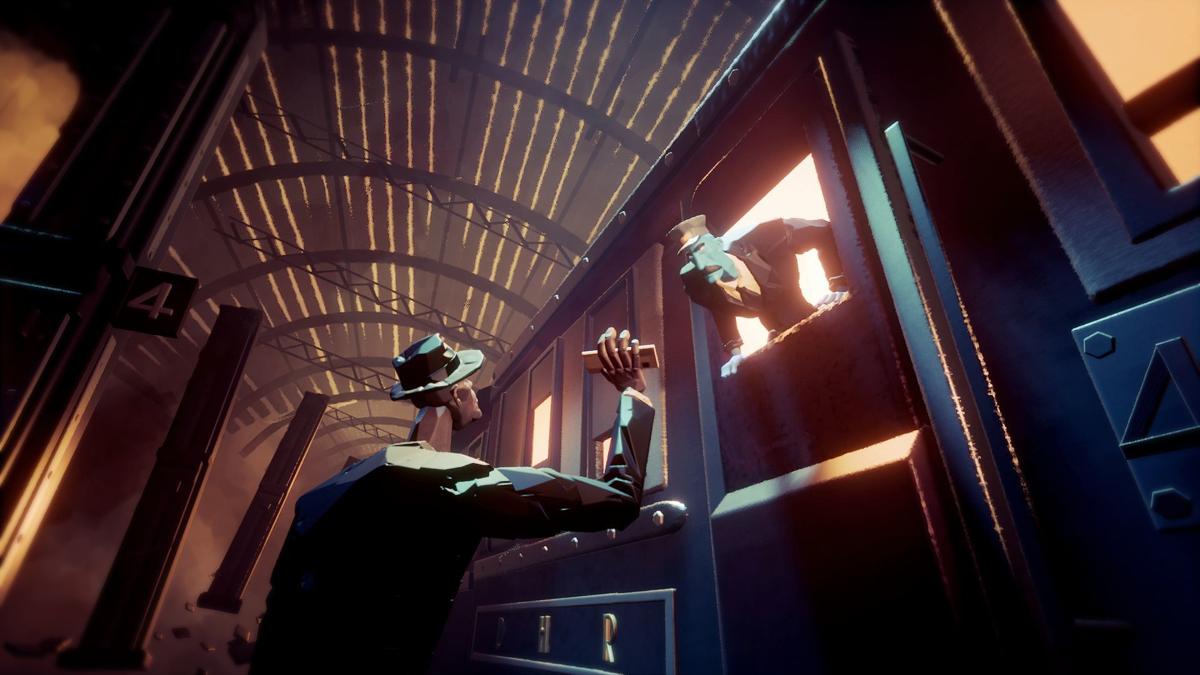 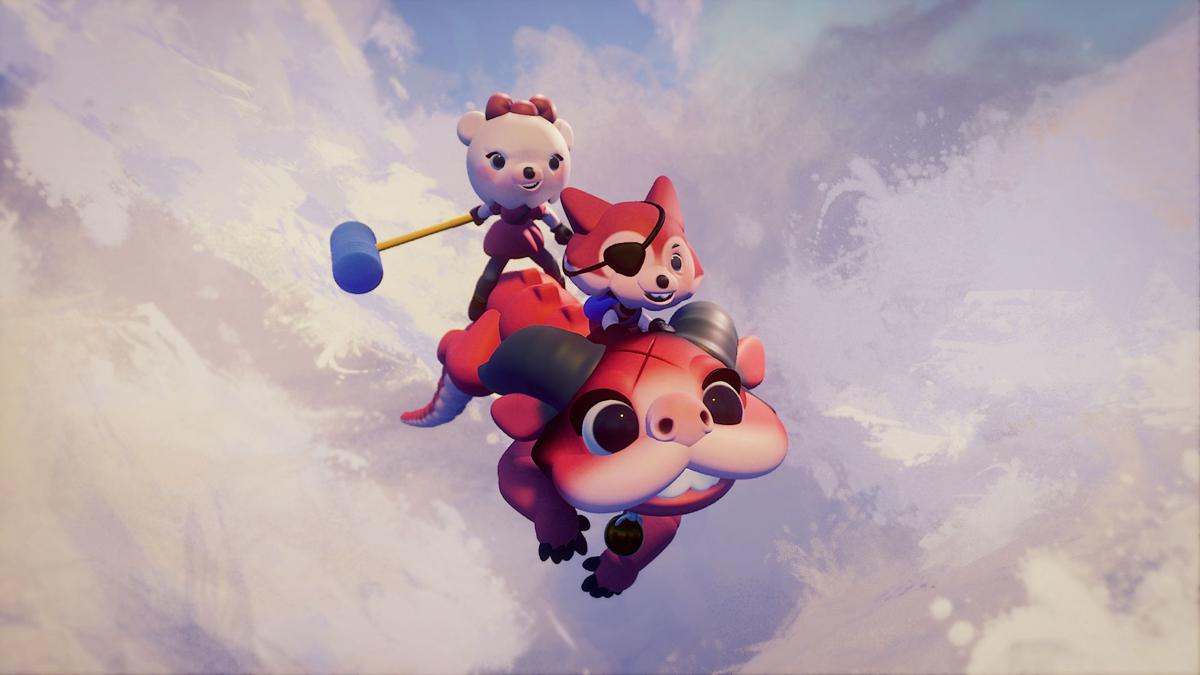 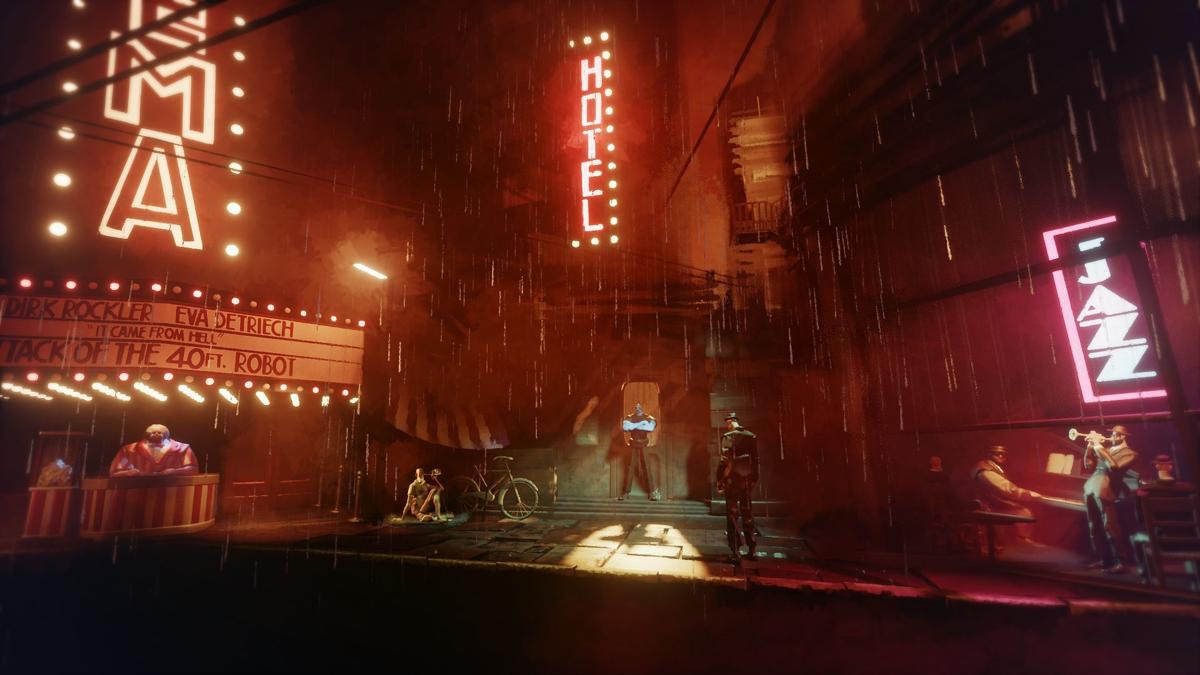 The ability to make your dreams a reality, that is what “Little Big Planet” developer Media Molecule promised us over four years ago when the concept for “Dreams” was first unveiled. As a project meant to take the studio’s previous work with making games focused on user-generated content to a new level, this title has been one that PlayStation fans have kept their eyes out for. Now, after what is rumored to have been a nearly ten-year development cycle, “Dreams” has finally received a full retail release, and eager players from all over the world have been given the chance to make their own personal dream come to fruition. Upon every startup, “Dreams” identifies itself to players as more of a “social platform” than a game, allowing players to fully immerse themselves in the game’s “Dreamiverse,” whether that be as a player, a creator, or both. So, the question remains, was “Dreams” worth such a long wait, or did the end product turn out as more of a nightmare?

First of all, it has to be stated that the game makes one heck of a first impression. Upon the first startup, players are immediately greeted with a gorgeously animated sweeping shot of space. Within the first minute, the game displays dazzling backgrounds, advanced lighting and particle effects, professional-quality voiceover, and a swelling and orchestral musical score, all with an almost unbelievable (yet undeniably inspiring) “Made in Dreams” logo in the bottom corner of the screen. This immediately crushes any doubts that buyers may have had about the power of the tools that “Dreams” has to offer, as this entire opening segment looks and feels unmistakably “Triple-A.” It’s here that players are introduced to their avatar character, known as an Imp, and given a quick rundown of the basic controls for the game’s hubworld, the Homespace. From this point, the options of Dream Shaping and Dream Surfing become available, representing the Create and Play aspects of the package respectively.

First, to talk about “Dreams” from a creator’s standpoint, “pick up and play” is about the last phrase that comes to mind when I think about the creation tools. That is not to say that they are obtuse or impossible to learn, far from it. It’s just that truly mastering the creative potential of “Dreams” is going to be a significant time sink for most players. Hopping into the creation suite, I was immediately shocked by just how limitless the tools felt. The game manages to give players control over almost everything imaginable, from simply placing and moving objects to adjusting the game world’s logic principles or physics, “Dreams” seeks to truly put as much creative freedom as possible in the hands of its users, without requiring things like years of programming knowledge to achieve their goals. Thankfully, those who (like me) find themselves completely overwhelmed by the creation aspect of the game will rejoice in knowing that the game offers literally hours of tutorials and guides about how to make full and proper use of the tools on display here. All of these guides are presented in a sort of “gamified” manner, with full voice over for all the onscreen instructions and lots of miniature stories and scenarios that make each tutorial feel like a little game in its own right. I feel like it’s only fair to mention that I did not have a chance to dive into anywhere close to all of what the game’s creation suite has to offer. What I can say though is that I was thoroughly impressed with what I did see, and I truly believe that anyone from beginner to expert can learn the ins and outs of the tools and create a fantastic experience with them. Just keep in mind that it may take a large investment of your time to fully get to grips with all that “Dreams” has to offer.

What I’m personally much more excited to talk about, though, is Dream Surfing. This is the gameplay side of the “Dreams” package, and it allows players to access literally thousands of handmade projects from Dreamers around the world through a seamless and easy-to-navigate browser. Located towards the top of the screen in Dream Surfing mode is a playlist of “Media Molecule Dreams.” All of the experiences contained within this playlist were provided by the fine folks responsible for “Dreams” as a whole, and all of them (no matter how grandiose or dazzling they may appear) were created entirely within the limitations of the game’s editor, no outside development software allowed. The games here range a bit in quality from very good to outright fantastic, and the longest of them (a four to five-hour adventure titled “Art’s Dream”) quickly became one of my favorite games I’ve played so far this year. “Art’s Dream” shows off a fantastic amount of gameplay variety, switching up its style almost constantly between a 3D platformer, a point-and-click adventure game, a twin-stick shooter, and even more besides. This is all done while delivering a truly captivating story (which I won’t dare spoil here) backed up by terrific visuals and an absolutely magnificent original soundtrack. This experience in particular goes to show just how far the boundaries of “Dreams” can be pushed when given the proper resources and care. Sure, this was a game made by professionals and veterans of triple-A game development, but the fact that they accomplished what they did without any additional help outside of the tools available to all players is incredibly impressive and speaks to the overall potential of “Dreams” as a true creative platform.

Speaking of creativity, I have to say that I am absolutely stunned by the level of quality on display when browsing the virtual sea of creations that are already available on the game’s servers. Now, as with any user-generated content platform, there is obviously a bit of a range in terms of what people will produce. To be a bit more transparent, there are some projects that clearly had little to no effort put into them, and were made more for the ever prevalent act of “trolling” than anything else. However, that means absolutely nothing when put up against the absolute tidal wave of truly incredible works of art that people have already been able to create. Whether it takes the form of non-interactive visual pieces (such as dazzling real-time rendered light shows or small, movie-like scenes) or more traditional game experiences, simply browsing the Dreamiverse is an absolute joy from the second you boot the game up. From small and simple tests of concepts to full and complete projects on par with some indie releases, the creativity and dedication that people are showing through their work in “Dreams” is staggering. In my time playing the game, I’ve already found what I would consider to be astounding examples of platformers, first-person shooters, racing games, puzzle games, and more. If you’re coming at “Dreams” from the angle of an enthusiast gamer who simply wants access to a nearly limitless amount of gameplay content at the click of a button, I can say that the game is certainly capable of offering a very robust and very worthwhile catalog of titles. And considering that we’re still only a couple of weeks into the game’s full retail launch, the prospect of what the game’s Dreamiverse could look like in a year’s time is an exciting one to say the least.

To wrap up, I’d like to touch on a couple of loose ends that I’ve neglected to mention throughout the rest of the review. First of all, a special mention has to be given to the game’s overall user interface. Whether you’re searching for a particular experience that you already know the name of, or just looking to browse around in hopes of finding something brand new to play, “Dreams” makes the task as easy and streamlined as possible. There are no obtuse stage IDs or friend codes to worry about here, as players can search the game’s entire catalog through the use of keywords and tags, filter projects by categories such as “Top Rated," and more. It really does make some other games of this style (like a stage-builder featuring a certain red-clad plumber who shall remain nameless) seem backwards and outdated by comparison, and makes the overall experience of surfing the game’s content much more enjoyable as a result. Finally, while it’s difficult to make any broad claims about presentation and visuals since the actual content available can fluctuate so greatly, I will say that I have noticed severe performance issues a little more often than I would have expected. Again, this depends almost entirely on what game you’re playing at the time (and the issue may potentially be less frequent on a PS4 Pro) but even in some environments that seemed relatively barren, the game’s framerate would occasionally tank as if my trusty-old standard PS4 was desperately trying in vain to do what was being asked of it. The fact that Media Molecule’s projects (Art’s Dream especially) offer some truly outstanding visuals while maintaining a steady framerate make me think that there may be something strange going on behind the scenes in the games that gave my system trouble, but I felt it necessary to mention the potential for performance woes here nonetheless.

At the end of the day, the occasional dud within the game’s Dreamiverse and the performance issues that would crop up from time to time did little to nothing to sour my time spent with “Dreams.” Media Molecule has absolutely delivered on their promise to provide a creative outlet for dreamers of all kinds to let their imaginations run wild, and boy is it a sight to behold. Considering that the game is currently being sold at a $40, the value for money here practically sells itself. Media Molecule’s own creations make for an incredibly compelling collection of games in their own right, and that’s without even accounting for the hundreds of hours you could spend browsing the dreams of players from all around the world, or even creating some yourself. Whether you have a story that you’ve always wanted to tell, have an artistic vision that you’d love to share with the world or just want to have some fun and marvel at other people’s work, “Dreams” absolutely has something to offer each and every person who picks it up.

It really feels as if Media Molecule has their sights on starting some kind of greater creativity movement here, and I’m proud to say that I am 100% on board. If you own a PS4, then you absolutely owe it to yourself to see what this game is all about. Who knows, you may even find inspiration for something that you end up sharing with the entire world. After all, as the game’s community continues to show, every little spark of creativity starts, above all else, with a dream.