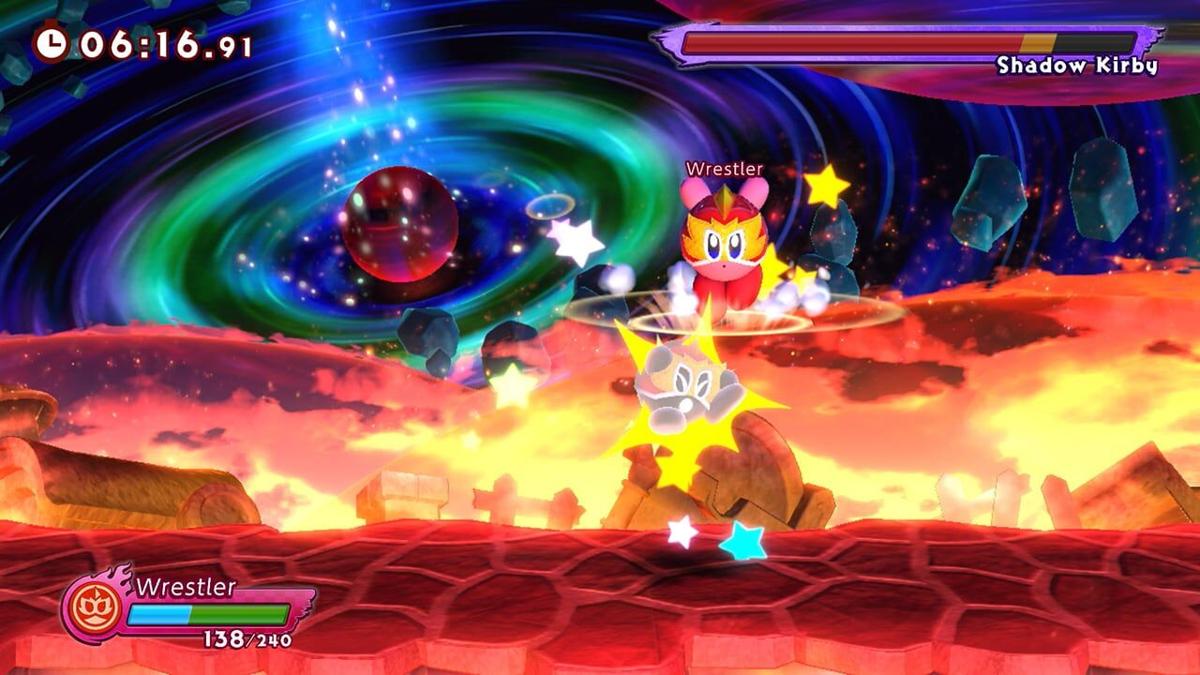 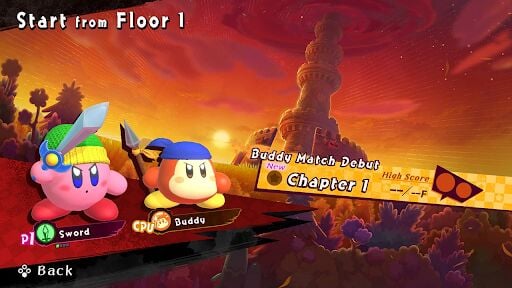 In recent years, Kirby has been no stranger to smaller, Nintendo eShop exclusive titles. 2014’s “Kirby Fighters Deluxe” was one of the first of these digital-only games, being an expanded version of the minigame originally included with the full retail title “Kirby: Triple Deluxe.” Fast forward to 2020, and Nintendo has decided to revisit the concept with “Kirby Fighters 2” on the Nintendo Switch. Boasting much more content than the 3DS original, as well as a host of other improvements. “Kirby Fighters 2” looks to reintroduce the concept of the original game in a package that has much more in the way of staying power.

Much like the original, “Kirby Fighters 2” is something of a simplified version of Nintendo’s own “Super Smash Bros.” games, mixing elements of platforming and fighting with a dash of luck for good measure. While the game boasts some 25+ characters to play as, most of them operate off of a nearly identical control scheme. Pressing the “B” button results in a basic attack, which can then be chained into various other attacks with other inputs. This results in a game that is highly accessible for newcomers while also allowing for more experienced players to dive into learning the smaller nuances of each character and pick their favorites. It's not as if every character doesn’t have their own unique aspects in their fighting style, but the relatively unified control scheme ensures that pretty much anyone can simply pick up a controller and have some amount of fun with the game.

Another stand-out aspect of “Kirby Fighters 2” is its ingenious “Fighter’s Rank” system. Almost everything that you do in this title rewards players with what the game calls “Fighter’s Points,” and these all go towards increasing your Fighter Rank. With every rank players rise through, the game rewards you with a new unlockable in the form of characters, stages, costumes, new items for Story Mode and more. This may seem overly simple at first, but it works wonders in providing a sense that every single moment spent with the game is actively working towards something. Sometimes, players can burn out on a game incredibly quickly if they don’t feel a sense of progression, and developer HAL Laboratory clearly went to great lengths to ensure that this wasn’t an issue with “Kirby Fighters 2.”

The main single-player offering comes in the form of Story Mode, which sees Kirby climbing his way to the top of the mystical “Battle Tower.” All things considered, the name “Story Mode” may be a tad bit generous here, as it really just exists to give context to the resulting series of battles that the player must advance through. However, that doesn’t mean that the battles themselves aren’t satisfying to complete. With every new floor of the tower, players are presented with a selection of power-ups which include stat boosts, score multipliers, bonus items and more. This helps with providing a true sense of progression and lends a sense that your character is getting stronger with each floor of the Battle Tower that passes. In addition, there’s the “Single-Handed Mode,” which tasks players to smash their way through a series of 10 battles in the shortest time possible, similar to “Super Smash Bros. Ultimate’s” Classic Mode.

That brings us to what is arguably the main draw of any fighting game, the multiplayer. “Kirby Fighters 2” certainly has no shortage of options in this department, allowing for four players on one Nintendo Switch system, local connection of up to four separate Nintendo Switch systems and full online play with support for both random matches and the creation of lobbies for players on your friends list. However, the random online matches do come off as a bit limited, as they can only be done in a two versus two team format. There is also no option to select a certain stage or turn items and stage hazards off, which could be an issue for players who like to remove as many elements of luck and randomness as possible. That being said, the actual quality of the online play is shockingly high for a game of this nature. Of course, this is still Nintendo Switch Online we’re talking about here, so the occasional communication errors and unbearably slow matches that Nintendo players have come to accept are still present, but these issues showed up far less frequently than one might expect. In fact, even some of Nintendo’s most popular online games such as “Super Smash Bros. Ultimate” and “Mario Tennis Aces” have exhibited far more connectivity issues than “Kirby Fighters 2,” at least in my experience. The fact that matchmaking has thus far been incredibly fast (ranging anywhere from roughly 10 seconds to literally instantaneous) suggests a very healthy server population, which is of utmost importance for the longevity of any online experience.

As sort of a cherry on top, all of this content is tied together brilliantly by truly fantastic visuals and music. Sharing an art style with 2018’s “Kirby Star Allies” means that all of the characters here are absolutely bursting with charm and personality, and the environments and lighting on display within “Kirby Fighters 2” are top-notch. Some of the stages are set in environments taken from the older Kirby titles, meaning that we get to see some of these worlds depicted in glorious HD for the first time ever. This is also the first time that players have gotten to see the modern Kirby art style running on Nintendo Switch at a rock-solid 60 frames per second, and it adds so much to the overall visual appeal to see the characters animating so fluidly. Also, any Kirby fan knows that the pink puffball’s soundtracks rarely disappoint, and this game is no exception. The soundtrack of “Kirby Fighters 2” is quite a bit more fast-paced and punchy than your average Kirby game, but it’s still great to listen to and fits the absolute chaos of what’s happening on-screen perfectly.

For what it is, “Kirby Fighters 2” excels in almost every way. The presentation is clean and slick, the controls are simple enough to pick up and enjoy but also engaging enough to hook more dedicated players, and the game is practically bursting with content, especially when considering the $20 price point. The game holds its performance target incredibly well in all modes, which is important in a fighting game to ensure that the controls are always as responsive and precise as possible. I may have encountered some less than ideal online matches in my playtime, but “Kirby Fighters 2” is far from the first Nintendo title to struggle in this department, and it’s also far from the worst offender of the bunch. If you’re looking for a bit of a different take on the genre after completing many matches of “Super Smash Bros. Ultimate,” or just looking for a cheaper or more accessible alternative, “Kirby Fighters 2” is a fantastic option and comes with my full recommendation.