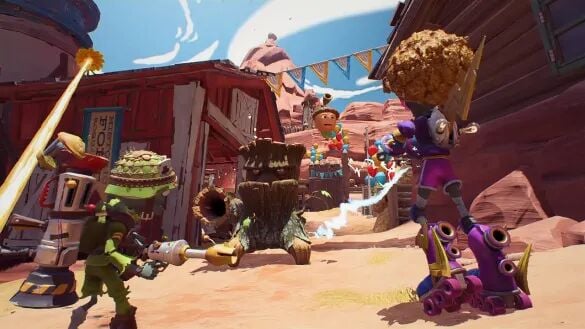 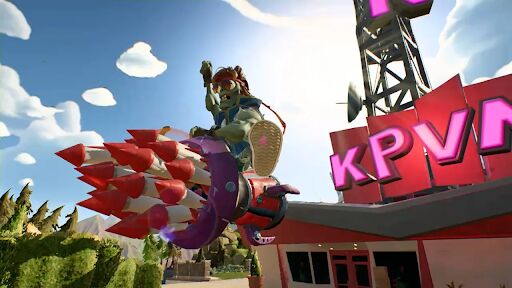 Sometimes things change. It's just a fundamental truth that we find out as we grow up. Towns and cities can often take on entirely new appearances based on housing development and business openings. We often watch our favorite celebrities and musicians adapt and even radically change their styles throughout their careers. And sometimes, a game series that I remember playing over a decade ago can resurface, looking absolutely nothing like it used to, leaving me feeling like a confused old man wondering what happened to the game I played "back in my day."

In all seriousness, though, "Plants Vs. Zombies" is a video game series that got its start in 2009 as a tower-defense strategy game. Here, players had to use limited resources to manage a garden full of weaponized plants to hold off a relentless hoard of the undead as they (very slowly) marched forward to terrorize the humans in a suburban neighborhood. It's a ridiculous premise, sure, but what made the original "Plants Vs. Zombies" stand out was the frankly absurd amount of depth there was to be found in the game's strategy and downright unholy difficulties that the game could sometimes reach. Though I distinctly enjoyed my time with that original title, I sort of fell off the series after that game, to the point where I had no idea that "Plants Vs. Zombies" received several sequels and (more to today's point) a complete gameplay shift to a third-person shooter.

"Plants Vs. Zombies: Battle for Neighborville" is the most recent entry in the franchise. Releasing in 2019 for PC, PlayStation and Xbox platforms, this game took the character designs that I remembered from the original title and put them in the context of a multiplayer third-person shooter. The title has made its way to Nintendo Switch in the form of a "Complete Edition" release, and I have finally had the chance to see how this series has changed and evolved over the years.

First of all, I feel it's important to mention what makes this release of "Battle for Neighborville" the Complete Edition. From what I could tell, the original 2019 version of this title received frequent content updates after release, growing the game's list of stages, missions, and playable characters over roughly a year. For the Nintendo Switch version, all of this extra content has been included from the beginning, meaning that players have access to a veritable boatload of content upon first starting the game. The original release's microtransactions have been completely stripped from the experience. Every unlockable character, stage, and cosmetic from the 2019 release can now be earned with coins awarded to players for completing tasks within the game, no real-world cash required. This is sure to be a massive plus for many, as I think I can speak for more than just me when I say that gamers, in general, are beginning to get tired of seeing big, glowing "$1.99" price tags for items in games which we already paid full retail price for.

Moving into the actual gameplay, "Battle for Neighborville" presents a third-person "hero shooter" not unlike Activision's "Overwatch." Players choose from a long and varied list of playable characters, each with their own strengths, weaknesses and special abilities. They are then tasked with doing battle against an opposing team in either a single-player adventure or a competitive online multiplayer mode. Adventure Mode takes the form of a series of open-world environments where players are tasked with following a string of objectives and quests. These can be anything from taking out a certain number of enemies, protecting an ally or location from an onslaught, transporting items from one checkpoint to another and more. Control is generally quite smooth and responsive. The different characters manage to feel truly unique thanks to them having their own unique abilities and changes to various basic control mechanics like jump height or running speed. After a while, players will likely start to feel a bit of repetition set in. Make no mistake, "Battle for Neighborville" offers a virtual truckload of content for those who get invested in the gameplay loop, but the problem is that some of these missions can start to feel a bit too similar. This is certainly not the first title to be plagued with this issue, but it is worth noting that your mileage with the game's adventure mode will almost certainly vary based on how liable you are to "burn out" on the core gameplay.

On the other hand, we have the game's multiplayer, which will undoubtedly be the main draw for many people thinking of picking the game up. Here, players can join matches as their character of choice to face off with up to 16 players from around the world. Matches have a variety of rulesets that can be used to spice things up, with win conditions ranging from controlling a number of zones placed across the map to a good old-fashioned team deathmatch. It's fairly standard stuff if you're used to these kinds of games, but that's not to say that what's here isn't competently done. The controls are just as good as in Adventure Mode, and I would argue that the multiplayer battles give the characters and their abilities the best chance to shine. Matches can quickly devolve into absolute chaos, and I mean that in the best possible way. Thankfully, the connection seemed to stay quite solid in my experience, suggesting that developer Pop-Cap has delivered a set of netcode that is well up to the task of keeping everyone up to speed, something that is never to be taken for granted when playing online on Nintendo Switch. Combine this solid foundation with a frankly ridiculous amount of cosmetics and other items for players to unlock with the currency they earn both from multiplayer battles and Adventure Mode. You have a recipe for a satisfying and rewarding gameplay loop that is sure to keep fans coming back for more.

Finally, to make some brief yet necessary notes about technical performance, I'm happy to report that "Battle for Neighborville" holds up quite well on Nintendo's hybrid machine. The resolution has been lowered slightly from that of the PS4 version, and the game targets 30 frames-per-second on Nintendo's device as opposed to the 60fps available elsewhere. However, the frame rate is consistent enough that precision aiming and character movement never feels held back or affected in any significant way. The game also looks quite nice, even at the slightly lower resolutions presented on Switch. Sure, it's no ground-breaking technical marvel, however, the rich color and densely-packed areas still make for a solid enough visual experience, even with the cutbacks that were made to get it running on Switch's mobile chipset.

So, considering how surprised I was to even learn about this game's existence, you can color me impressed, having now played it for myself. Pop-Cap and Electronic Arts have managed to take an existing property and completely reinvent it for a new audience, which is certainly no easy feat. There may be a fair amount of repetition in "Battle for Neighborville," and it ultimately doesn't do that much that hasn't been seen before in other titles. That being said, though, there's still a lot of charm to be found in the visuals and character designs, and the game comes packing enough content to last the most dedicated fans until 2056. Overall, I'd encourage you to give the game a shot if you find yourself interested in gameplay videos or marketing for the title. It likely won't blow you away or leave a huge, lasting impact, but it's a solid-enough time nonetheless.