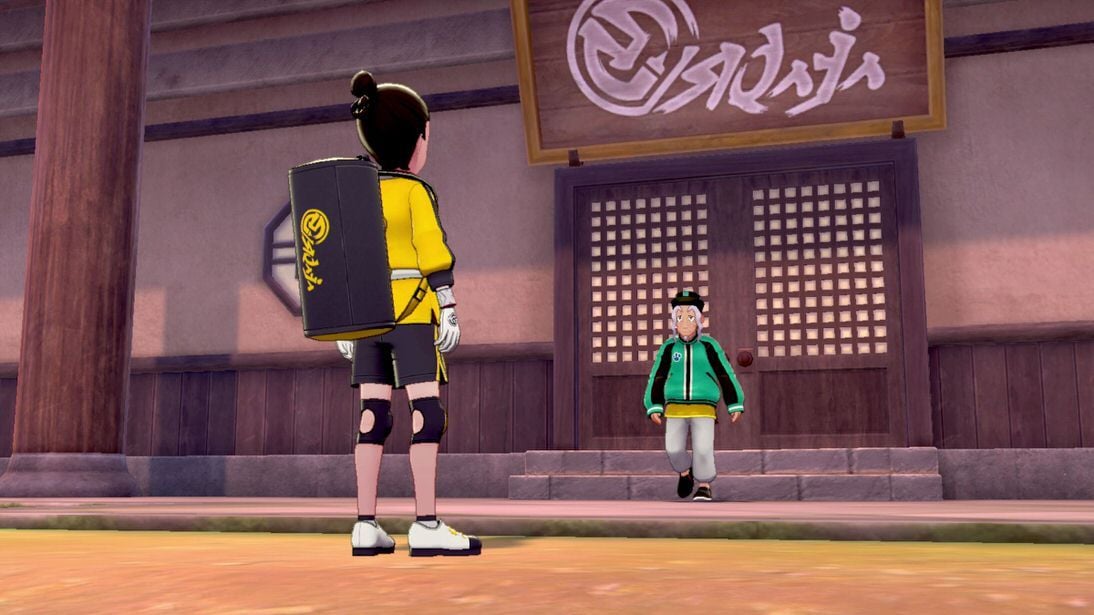 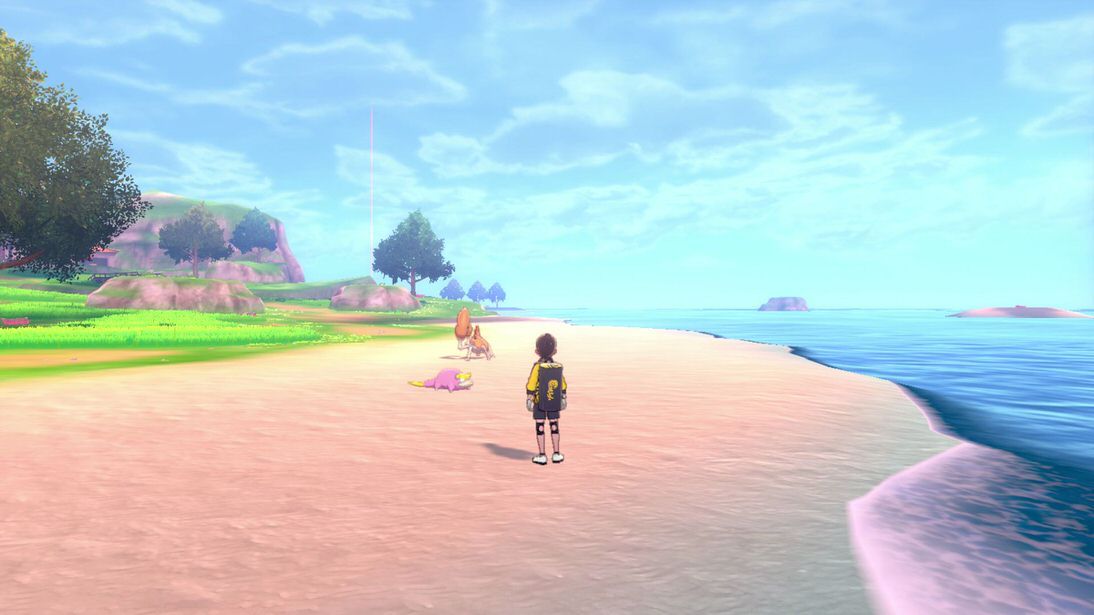 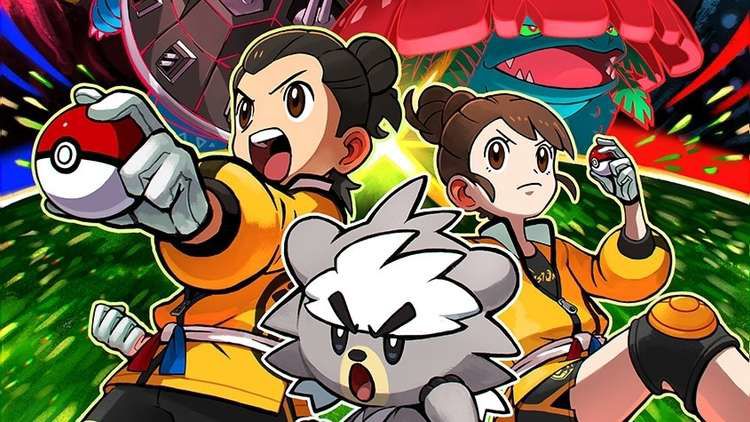 It seems like only yesterday that the latest entries in the critically and commercially acclaimed “Pokémon” series hit Nintendo’s hybrid platform. Introducing eager fans to the rolling green hills and mountainous landscapes of the Galar region, along with a whole host of new creatures to befriend. Unfortunately, there were quite a few aspects of “Pokémon Sword and Shield” that left many players (myself included) with a sense that there was a huge amount of untapped potential in this new generation of titles. Principal among these was the highly publicized “Wild area,” which gave players a taste of what a fully open-world “Pokémon” title could be like, and ended up being the most compelling part of the game for many players.

Historically speaking, series developer Game Freak has almost always created an expanded follow up for each generation of “Pokémon” titles. Often including a cavalcade of new features, enhancements, story beats and other tweaks which served to provide a generally improved player experience. However, it seems as though things may be changing for Generation Eight, as “Pokémon Sword and Shield” are the first games in the series to receive a DLC Expansion Pass. An all new, exploration-focused area known as “The Isle of Armor” serves as the first part of the new content granted to players through this pass. This area offers players the ability to take part in a brand new story set in a sizable, wide-open area, all while reintroducing dozens of previously unobtainable Pokémon into the game. So, the question remains, does “The Isle of Armor” offer up an experience that meets or even surpasses the standard set by the original, or does it end up feeling more like a tacked-on cash grab? Let’s get ready to go on yet another quest to be “the very best, like no one ever was,” and find out.

After purchasing the Expansion Pass and installing the latest update, players will be able to set off for an entirely new territory in the Galar region known as the “Isle of Armor.” Upon arrival, your character quickly becomes the newest recruit into the Master Dojo, a sort of martial arts academy centered around Pokémon battling. After meeting the Dojo’s leader, Mustard, you are tasked with making your way through a series of trials in order to show that you are worthy of befriending a newly introduced legendary Pokémon known as Kubfu. Your journey across the Isle of Armor will also see you coming into contact with a surprisingly large cast of characters, both new and returning from the main scenario.

Despite this setup, the actual story ends up largely taking a backseat, and feels somehow even more inconsequential than the already streamlined main campaign. While there are quite a few characters at play here, I never felt like any of them really got off the ground when it came to character development or involvement in the plot. To be honest, it is totally possible to ignore the signposts that you are given upon first arrival to the Isle of Armor and simply go exploring under your own volition. While this can be taken in a positive light, reflecting on how open ended this new area truly is, I think it also serves to show just how secondary the story can feel. It seems clear to me that the gameplay was undoubtedly the focus of this expansion.

With that being said, the developers may have been on to something with that decision because the gameplay, and especially the exploration, in “Pokémon: The Isle of Armor” is fantastic. The series’ tried and true battle system remains almost entirely untouched here from its incarnation in the base game. Past mechanics such as Mega-Evolution and Z-Moves remain absent here, though the Galar region’s signature Dynamax and Gigantamax opportunities do make a return. However, where the battle dynamics have changed significantly is in the actual selection of obtainable Pokémon partners. While it is no secret at this point that “Pokémon Sword and Shield” saw a massive amount of creature companions made unavailable to players for the first time in series history, dozens of these previously cut characters make a glorious return in the Isle of Armor expansion. In fact, a vast majority of the Pokémon that players will encounter in this add-on are not available in the base game; there is an undeniable sense of satisfaction to seeing one of your old favorites show up in this second wave of creatures. I ended up playing through this expansion with an almost entirely new team, keeping only two of the Pokémon that I had caught during the main story. I welcomed the change in strategy that came with incorporating new type-matchups and move sets into my battle repertoire.

While the battle system didn’t receive any major changes or updates in this new expansion, one aspect that has been completely reinvigorated is the exploration. The open-world, adventure focused gameplay of the main game’s Wild Area has been brought to the forefront in the Isle of Armor, as players are granted full camera control and full 360 degree movement through the entirety of the experience this time. While the return of these mechanics is certainly welcome, the real sense of improvement here comes from the actual design of the world. Unfortunately, the original Wild Area never really held my interest due to its relatively flat and somewhat empty scenery. The Isle of Armor, by comparison, feels like a vast and bustling land with a huge variety of interesting set pieces, different environmental biomes and tons of nooks and crannies to explore. Many people lamented “Pokémon Sword and Shield” closer to its original launch for the game’s overall reserved and somewhat bland art style, but the Isle of Armor makes that style shine in a way that I personally never saw in the main game. From sprawling, labyrinthine cave systems to tropical islands and even a sheer mountain climb, the Isle of Armor presents a much more visually and aesthetically pleasing area to explore.

Unfortunately, seeing as how this is simply an expansion to an existing title and not a brand new game, “Pokémon: The Isle of Armor” still brings over some of the same gameplay issues that were present in the original. Much like the main Wild Area, the Isle of Armor can be explored as a fully online experience should you so choose. However, also like the main game, connecting to the servers can cause a whole host of technical issues such as frame rate hiccups, game stuttering, and things of that nature. Likewise, connecting with strangers to battle, trade, or take place in one of the returning Max Raids can still be an absolute nightmare full of empty lobbies and communication errors. Thankfully, connecting with friends remains a relatively easy and seamless process, but it’s a bit concerning to see some of these long-known issues seemingly ignored in this update. That’s not to say that nothing has been changed for the better though, and the main thing that sticks out in my mind as being meaningfully improved are the rewards and incentives for exploration that the Isle of Armor update presents. For me, the base game’s Wild Area quickly began to overstay its welcome, as I didn’t really feel there were any real rewards to be found or reasons to explore the full environment. In contrast, The Isle of Armor offers far more incentives to keep players engaged with this world, including hidden NPC characters, daily events, items that cannot be accessed in the main game and a whole host of collectables and side quests to seek out. This all adds to the feeling I mentioned earlier of the Isle of Armor feeling much more densely packed and interesting than the original Wild Area. It all results in a much more compelling look at what a fully open-world “Pokémon” could be like.

“Pokémon: The Isle of Armor” feels like a meaningful and welcome addition to the base package presented in “Pokémon Sword and Shield.” While it does unfortunately fail to fix some of the biggest problems in the original release, some other aspects, namely the exploration, seem to have been polished and expanded to an astonishing degree. The story may be rather short, only taking me around 7 hours to complete, but the world presented here is much more compelling and tightly-packed than what the base game offers. Players could easily spend double or even triple that time simply wandering around the environment searching for new discoveries. Needless to say, Game Freak has managed to start off the “Pokemon Sword and Shield” Expansion Pass with a bang, and I can absolutely recommend it to anyone who owns the main game.