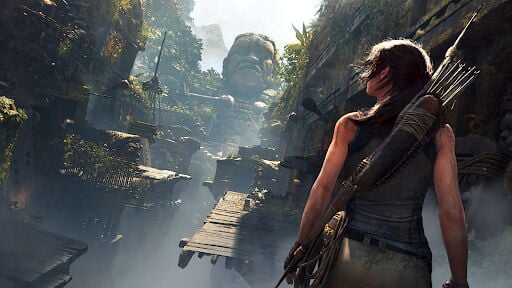 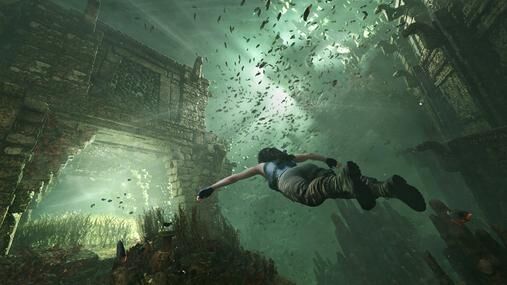 Towards the end of the PS3’s lifespan, early PlayStation icon Lara Croft became the next character to be thrust back into the modern gaming space with a complete reimagining of her series. Fast forward to 2018, and this new “Tomb Raider” lineage was already being treated to its third entry. With Eidos Montreal at the helm this time, “Shadow of the Tomb Raider” aimed to continue the saga that had been set up in the 2013 title and 2015’s “Rise of the Tomb Raider,” all while introducing some new gameplay directions to set the title apart from what had come before. It was all shaping up to be pretty exciting, and I never played it. “Shadow of the Tomb Raider” was simply a title that I glossed over upon release. Now, Sony has decided to offer up Lara’s latest adventure as one of the monthly games available at no extra cost to members of their “PlayStation Plus” subscription service, and I figured this was the perfect time to jump into the PS Store, give the game a download and see what I missed out on.

The game opens on Lara Croft and her friend Jonah running headlong into an old and decrepit set of ruins in the Mexican wilderness (you know, as one does on any casual Tuesday afternoon) on a hunt for adventure and, perhaps more importantly, treasure. After discovering a mysterious ancient dagger, Croft and company are ambushed on their way out of the crypt by Dr. Amaru Dominguez and his forces of the evil terrorist sect known as “Trinity.” After stealing the dagger for himself, Dominguez tells Lara about the mystical and devastating powers said to be held within it. When combined with another artifact known as the Silver Box of Ix Chel, Dominguez believes that these artifacts will grant their holder the power to “reshape the world” to any liking they can imagine. Seeing as how any world of an unhinged terrorist leader’s creating would be a terrible place to live, Lara and Jonah decide to set out on a globe-trotting quest to secure the Silver Box of Ix Chel, put a stop to Dominguez, and solve the mystery of whether these ancient artifacts really are as cursed as some people believe.

That sounds like an awesome setup for a story, doesn’t it? I can at least say that I was initially totally hooked after seeing the opening. However, it seems as though it simply wasn’t meant to be, as what transpired over the next 15 hours or so has to amount to one of the most frustratingly messy, contrived, and quite frankly ridiculous stories that I have ever experienced in a game of this nature. While it is totally acceptable to ask the player for some level of suspension of disbelief in order to allow the events on screen to play out without question, “Shadow of the Tomb Raider” goes way too far with this. Nothing in this game is played for laughs or intentionally “hammed-up,” and players are expected to take everything they are presented with as plainly and literally as possible the whole way through. But, while I don’t want to get into specifics for fear of entering spoiler territory, the amount of absolutely incoherent plot points and baffling events that occur in this game did their absolute best to make me check out of any and all investment I may have had in the story. That’s a huge issue in a game where the narrative is at the absolute forefront at all times. Also, I hate to give any grief to the voice cast, as they all appear to be talented people, but almost all of the performances here are just so inconsistent, especially Lara Croft. At times, the performances are stunning, with real feeling and emotion coming through each line. At other times it feels like the lines were recorded 10 minutes after the actors woke up in the morning. It just adds extra points of contention onto a story that I already had major issues with, and helps to reaffirm this game as one of the worst narrative experiences that I have ever had in a AAA video game, full stop.

So, if the story is a complete bust, then that leaves the gameplay to pull the experience together. “Shadow of the Tomb Raider” seeks to combine elements of stealth, puzzle-solving, platforming, and third-person shooter combat all into one unified package, and it succeeds at doing this most of the time. Not only do many of the environments that our intrepid adventurers find themselves in look gorgeous visually (all while pushing a rock-solid 60 frames per second on PS5) but I was genuinely impressed with how natural things felt. Yes, if Lara was tasked with climbing to the top of a mountain, there would usually be a set, linear path to follow, but the level design does a very clever job at making you feel like a true adventurer improvising your way to the top. It’s not always blindingly obvious which ledges are able to be grabbed and which ones aren’t, or where exactly Lara can jump to, forcing players to think on their toes and scan their surroundings when climbing or platforming, which I can certainly appreciate.

Combat and puzzles, on the other hand, are where things once again begin to falter. To start with the puzzles, not only do they serve as a complete and total opposite to what I just said about the traversal by feeling distinctly contrived and out of place almost every time they appear, but mechanically they are all either way too easy or way too vague. Sometimes players are only required to rotate one or two switches to open a door, whereas other times they may be forced to interact with a whole roomful of objects in ways that barely make any sense at all. Combat is, unfortunately, similarly inconsistent. The game greatly encourages you to remain stealthy, as taking on a group of Trinity’s goons head-on will often result in seven to ten guards opening fire all at once, but the code that the stealth is based on seems to work in very strange and sometimes undefinable ways. Sometimes it will seem as though you can walk right past guards without them so much as batting an eyelid, and other times it will seem like the guards have eyes in the back of their heads and the hearing of a bat, spotting you from miles away and immediately circling you like a pack of vultures. The controls for shooting and melee fighting are perfectly fine, and there are even multiple abilities and ammo types that Lara can unlock as players progress through the campaign, but this does nothing to alleviate the frustration of a system that feels so touchy and unstable that it’s hard to get a read on how any given situation will play out.

This brings me to the final point that I have to bring against this title, being that there are glitches everywhere. While I wouldn’t necessarily describe “Shadow of the Tomb Raider” as broken or unplayable, I ran into a veritable treasure trove of glitches over my playtime that gave the game an overall very jittery and unpolished feeling. One example that happened quite frequently involved Lara randomly shooting off to one side with tons of momentum during climbing segments. There were also various animation and sound glitches throughout the game ranging from minor annoyances to glaring oddities. None of these issues are too major on their own, and I never experienced anything as substantial as a complete crash or freezing, but these minor incidents all add up over time to create a game with a constant lack of polish that permeates through the admittedly gorgeous visuals and solid performance.

As much as I hate to say it, “Shadow of the Tomb Raider” is an absolute mess of a game. Despite some genuinely great moments of acting peeking through, the narrative frequently delves into the realm of becoming a full-on parody of itself while simultaneously being pushed to the forefront of the experience. Though the exploration and climbing sequences make for some of the best moments that the game has to offer, the other aspects such as stealth and puzzle-solving, are dragged through the proverbial mud by their own sets of issues. Finally, the cavalcade of glitches and bugs that I encountered on my playthrough helped to seal the deal in making Lara’s latest adventure one that I never want to go back to. It’s a shame because I still think that there is massive potential with this new interpretation of Lara Croft and her world-traveling, treasure-hunting escapades, but “Shadow of the Tomb Raider” is absolutely a title that you should skip, even if you are a PlayStation Plus member.