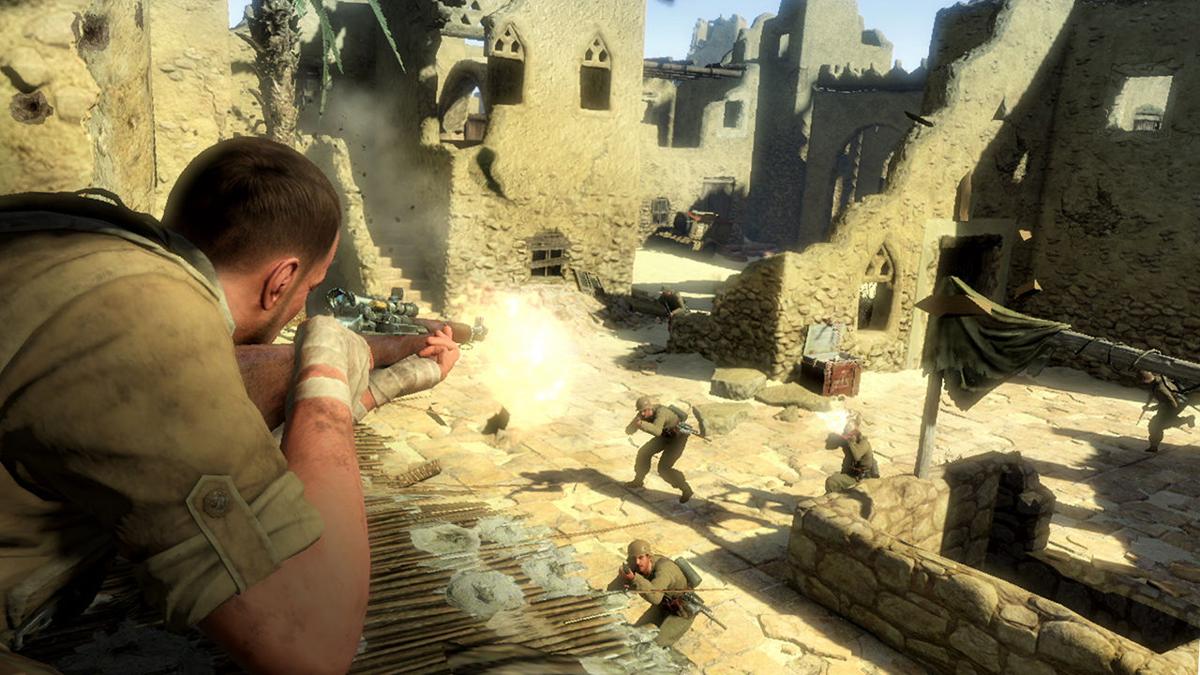 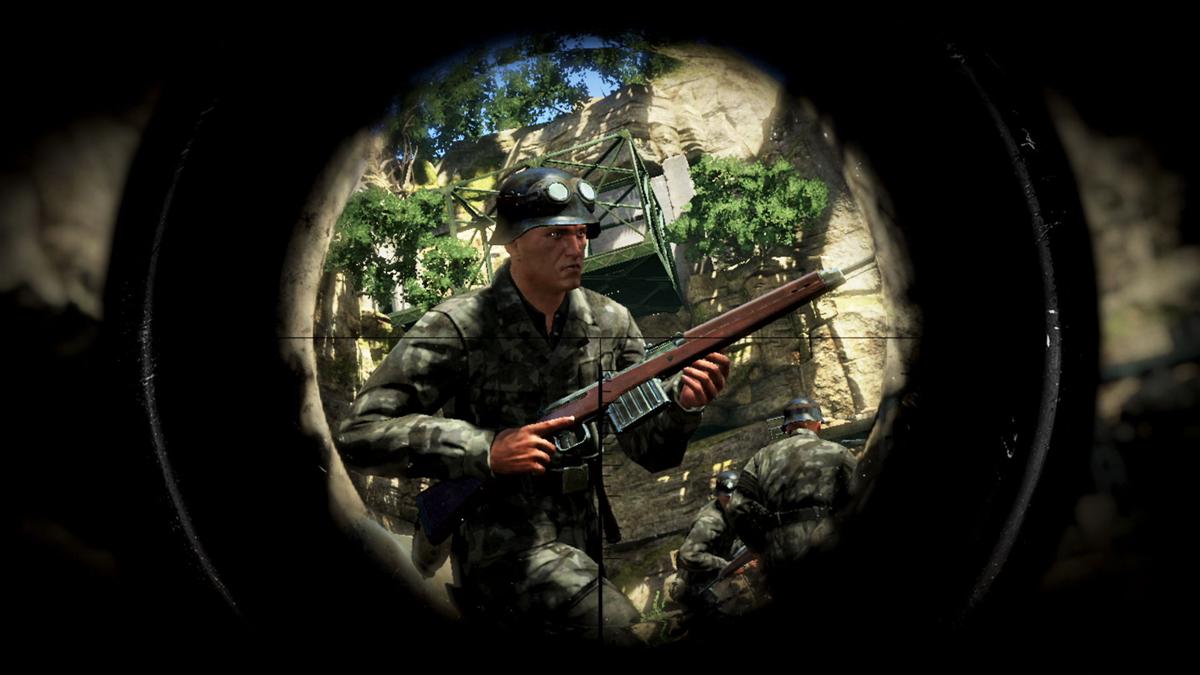 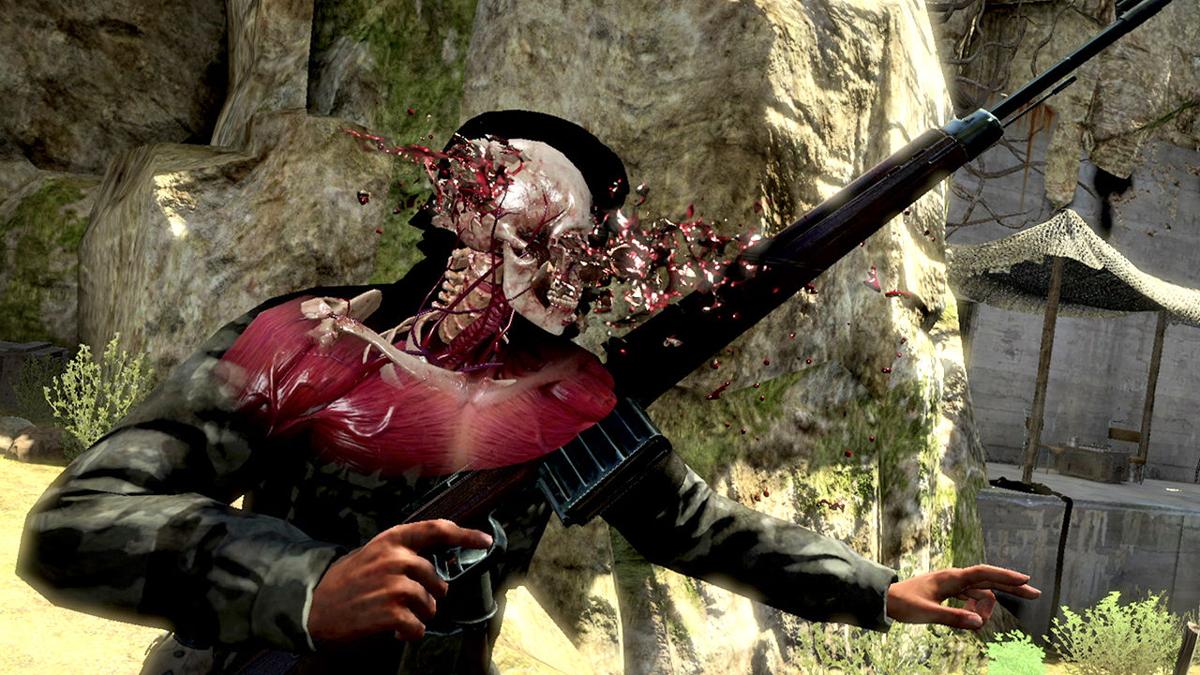 If you’re looking for an accurate sniper-focused simulator, “Sniper Elite” is about as close as you can get. As seen in the title, the gameplay is centered more around taking your time for long-range shots rather than run-and-gun action. “Sniper Elite 3 Ultimate Edition” brings a solid port of the experience to the Switch with some fun enhancements which take advantage of the hybrid console’s hardware as well.

“Sniper Elite 3," like its predecessors, is set in World War 2, though this entry brings the conflict to North Africa. This setting stands out from the rest as it is a place in the war that is not often explored in any media, whether it be games, television or films. You play as Karl Fairburne, a specialized sniper with a typical tough-guy voice who excels at getting behind enemy lines to wreak havoc. The plot follows Karl going across North Africa aiming to take down a top Nazi general, as well as bring down a plot for their creation of a super-weapon. It is not particularly remarkable and serves to get you from place to place each mission but it is not bad by any means.

The gameplay follows a third-person stealth formula with rewarding slow and methodical play over running in guns-blazing. This is where the realism of the sniping comes in as various mechanics play into making it as realistic as possible all while still keeping fun in the balance as well. One example of such a mechanic is your heart rate; it will raise when performing actions like sprinting, which means your aim won't be so hot if you’re aiming down sights right after running across the map. Silencers weren’t really a thing for snipers back then either, so taking advantage of the sounds in the environment is a must in order to mask your shots and stay hidden. What makes the gunplay so satisfying and iconic is its slow-motion kill cams which follow the bullets of certain shots as they exit the rifle and enter the body. These shots will often make use of an X-ray filter, allowing you to see the bullet wreck carnage within the body even. It simply makes getting to that perfect spot and landing the shot all the more rewarding (especially if you can get the elusive “testicle shot” on a Nazi soldier).

While there are only eight core missions in the game (plus four with the included DLC), the map design opens things up to a great deal of replayability. Optional objectives spice things up as you explore the map as do the collectibles. There are a number of routes to take in these open, large maps which play into making the game as replayable as it is. Again, taking it slow and marking your enemies with binoculars while exploring every facet of the map is key to getting the perfect run. You will also level up throughout the game which unlocks new weapons and tools for your different classes, further expanding the possibilities for each mission.

Outside of the campaign, there are also multiplayer and survival modes. Both are a fun break from the campaign and further add value to it. The multiplayer mode is your typical team deathmatch, though here obviously sniping is the focus. Overall I found the multiplayer to be a decent distraction, but not likely something I would look to come back to or spend a significant amount of time in. The survival mode fulfills a similar role, tasking you with surviving in wave-based style gameplay as enemies continue to pour in as you hold a location. It is also worth noting that the game supports cooperative play both locally and online across its multiple modes. As stated before, the game includes all DLC, the four extra missions and more weapons.

Now let's talk about what Rebellion has added in with this Switch port. Motion aiming is the biggest addition as it makes getting the best shot just a bit more accurate than using joysticks in my opinion. It is a very welcome inclusion, though I do wish they would have taken a page out of Nintendo’s playbook on “Splatoon 2” and allowed two separate sensitivities for both docked and handheld play. Another perk is HD rumble, which isn’t quite on the level of something say like “Golf Story’s” golf ball, but it still adds immersion like with feeling your heartbeat as you aim-down-sights or feel a tank stroll casually by. Of course, the game being portable is another advantage on the Switch and it works well for the most part. While I still found the pro controller to be most comfortable as well as enemies being easier to spot on the big screen, playing handheld is certainly playable and is a fun novelty to take on the go. In terms of visuals, I still found them to hold up well in both docked and handheld play.

My one complaint with the game is its sound design. The sounds themselves are well-done, but while playing I found it very difficult to discern where enemies were in relation to me by sound. In a game that focuses on stealth and being aware of enemies at all times, this is a problem. It didn’t make it unplayable, but I was disappointed by the lack of strong surround sound and it is something I thought about constantly in my time playing. This is really my only real knock on the game itself. Sure there may be areas that could always be improved, like the narrative, but it and the other aspects of the game are either solidly serviceable or really good.

“Sniper Elite 3 Ultimate Edition” is another great port to the Switch’s hardware. Rebellion has done a nice job at making the experience on par with other consoles with the Switch version all while giving it its own perks like with motion aiming and, of course, portability. The extremely solid gunplay is what makes the game, with the satisfaction of blowing apart Nazi internal organs and bones never growing old. “Sniper Elite 3” is easily a game I plan on keeping in the wings for a replay when I am on the go and looking for something slow but action-filled. If you’re someone who enjoys tactical stealth games or appreciates solid gunplay and well-designed maps, then “Sniper Elite 3 Ultimate Edition” is definitely worth checking out on the Switch. It may not be a GOTY candidate or take home awards, but it will certainly remain in my mind for its strong gameplay.