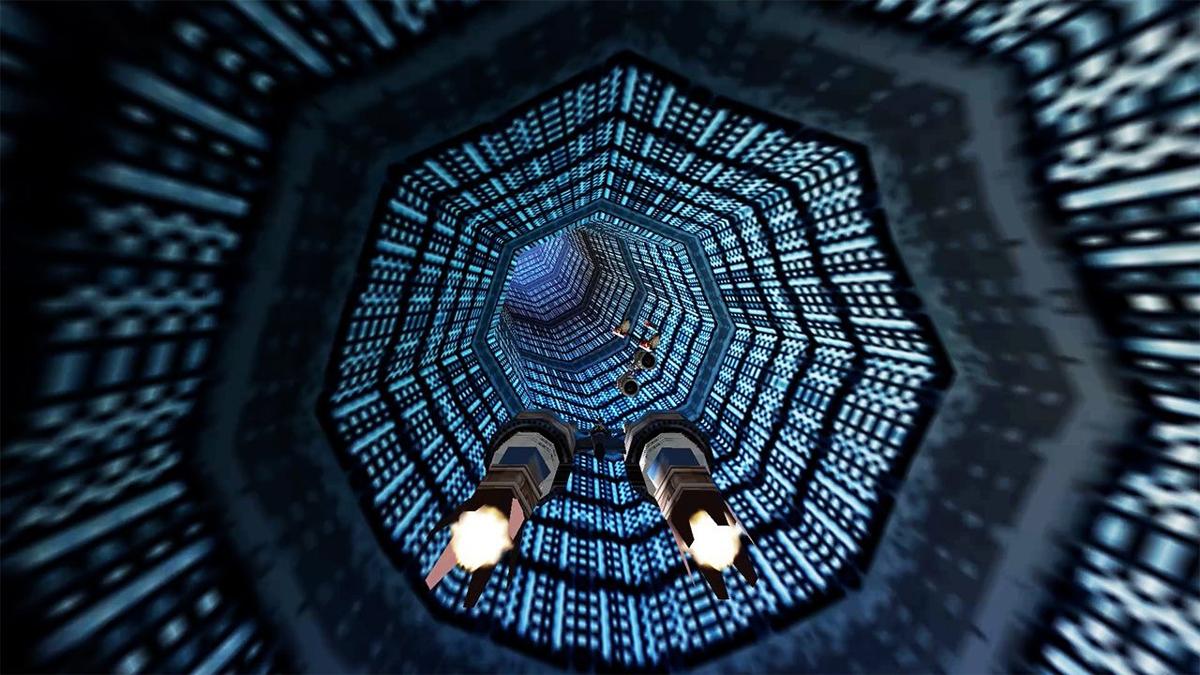 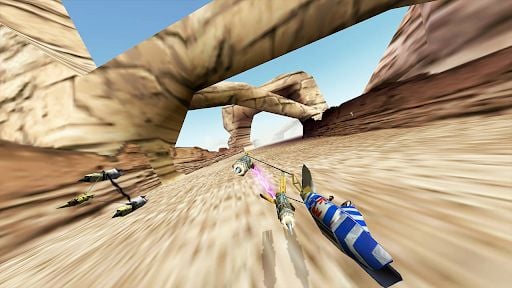 It never ceases to amaze me just how well some games that are older than I am can still hold up in today’s modern gaming space. Sure, these titles can show their age much more blatantly in certain places such as graphics, sound quality and lack of accessibility features. However, all of these things can become inconsequential if the core gameplay of the title still offers something worth revisiting. Enter developer Aspyr, a company who has made something of a habit of porting older “Star Wars” video games to modern platforms as of late. The latest game to be brought back to life as a part of this retro “Star Wars” revival is none other than the cult classic, “Star Wars Episode I Racer.” Originally released in 1999 on Nintendo 64 and PC, many have continued to sing this game’s praises even to this day. Citing tight controls and top-notch graphics for the time as just some of the reasons why the title keeps them coming back for more. Now, thanks to the folks over at Aspyr, the game has been enhanced and released in a new modern version on current gaming platforms. So, is the game worth your time in the 2020 gaming landscape, or have newer titles left this old racer in the dust?

From the moment this title starts up, it is abundantly clear that Aspyr’s aspirations (try saying that five times fast) were much more in the realm of a “re-release” than any kind of remake. Most if not all of the assets are very much N64 quality. From the pixelated textures and blocky character models, down to the somewhat compressed and crackly voice clips, “Star Wars Episode I Racer” still feels much more Nintendo 64 than Nintendo Switch. That being said, it’s clear that the game had absolutely fantastic art direction for its time, and that still holds true in this modern version. The technically simplistic visuals mix with the stellar theming of the game’s areas to create an end result that is far greater than the sum of its parts. Even still, I can’t deny that there are likely to be some players who find the style a bit too “retro” to the point of being off-putting, and I can’t really blame those who feel that way. However, that’s not to say that Aspyr hasn’t made any improvements to the base package here. For starters, the game now operates at a buttery smooth 60 frames per second and presents a crisp, native-resolution image on Nintendo Switch both in docked mode and handheld mode. In addition to this, the game’s soundtrack (which, might I add, is fantastic) seems to have been completely remastered and included here in all of its full, un-compressed glory, giving the races a whole new sense of tension and grandeur.

That being said, there are some absolutely baffling decisions on display here, and it’s unfortunately hard to tell if these issues stem from the game’s original form or mistakes made in the process of converting the title over to modern platforms. For one, “Star Wars Episode I Racer” does a terrible job at explaining certain mechanics to the player, leaving me absolutely stunned on more than one occasion due to just how obtuse the game can be at times. For example, the game features a customizable parts system in which players can buy various parts for their vehicles from several different shops. These parts will often lend your racer better stats, but have the tradeoff of degrading over time, necessitating the purchase of new parts once they are pushed to the point of breaking. This sounds fine on paper, but the actual execution of this system is simply dreadful. Between races, players can check a vehicle status screen that shows the current structural state of each upgradable part. This would be fine, but after hours of playing, the system still seems completely random to me. I feel like I’m missing something here, but the degradation of these parts seems to have absolutely nothing to do with the number of races completed, time spent racing, number of bumps and bangs your vehicle sustains, or any other measurable quantity. My parts will be in near-perfect condition, only to be close to breaking after just one race, and then magically regain roughly half of their condition meters after another race, all with no changes being made on my part. What compounds this issue even further is that, while buying new parts will definitely affect the overall feeling of your car, this condition mechanic seems to have absolutely no in-game effect whatsoever, making it even more difficult to pinpoint how exactly this system works. This is clearly either an issue of poor programming or (more likely) incredibly poor messaging, and either way it serves to seriously complicate and bring down the overall experience.

Unfortunately, the parts system is merely one example of the long list of mechanics that are likely to leave players completely dazed and confused. Again, I have been playing this game for a little over a week now, and there are seemingly basic mechanics that I still cannot get to function. For example, the game lists the X button as “Fire Weapons” in it’s control setup menu. In my experience, however, this simply doesn’t work, as the X button actually just triggers a voice clip from your character, or does absolutely nothing. Similarly, the game lists the A button as “Boost.” What it doesn’t tell you is that you actually have to hold the left analogue stick forward to fill up a boost meter in the bottom corner of the screen, and then press “A” to activate it— something that I found out by complete accident after wondering for days why the boost didn’t work. Otherwise, the button does nothing. Again, there is absolutely no reason for the game to be so vague and coy about major mechanics like this, as they are seemingly necessary for some of the tougher courses later in the tournament mode, which is the game’s main single-player offering. There was a point about halfway into the game where I hit a difficulty wall, and I simply couldn’t go fast enough to win any more races. This is clearly the point where the game expects players to begin making full use of the boost mechanic, but again, the game doesn’t tell you how to perform this action. I only figured out how after tons and tons of trial and error.

These absurd design decisions are really unfortunate, as the core gameplay here is fantastic. As old as it may be, there is something to be said about the blistering sense of speed and tight, precise controls offered by “Star Wars: Episode I Racer.” Flying around the game’s 20+ unique courses never ceases to entertain, and the courses all present memorable set pieces and landmarks that make them feel both visually and mechanically distinct from one another. While the lack of any kind of online support hurts just a bit, the game does support local split-screen play, allowing for you and a friend to tear up the course together while maintaining the same rock-solid performance. However, these positives just aren’t enough (at least in my opinion) to elevate the game beyond the generally rushed and unpolished vibe that the issues mentioned above give off.

“Star Wars Episode 1 Racer” was clearly built off of a very solid foundation, and is absolutely deserving of a second chance at success in the modern market. However, whether you want to attribute it to the game’s retro roots, or a lack of ambition on Aspyr’s part, the hard truth of the matter is that this particular revision simply hasn’t done enough to bring the title up to modern standards. The simplistic graphics and occasionally compressed audio are understandable for a game of this nature, but the lack of accessibility and confusing systems at play absolutely could have and should have been polished up. As it stands, this title really does feel like a game from 20 years ago that was simply plucked out of its time and brought to the modern market. While this does mean that the good aspects of the original game have been retained in this new release, I can’t help but feel like an effort to modernize the package with features like online play and rework some of the mechanics that were problematic to begin with would have created a much more compelling product overall. If you’re a fan of the Star Wars series, or high speed arcade racing games, then there may be something for you to enjoy here, as the controls and sense of speed are still just as brilliant as ever. Just be sure to let me know if you can actually figure out how the weapons or the parts mechanics work.