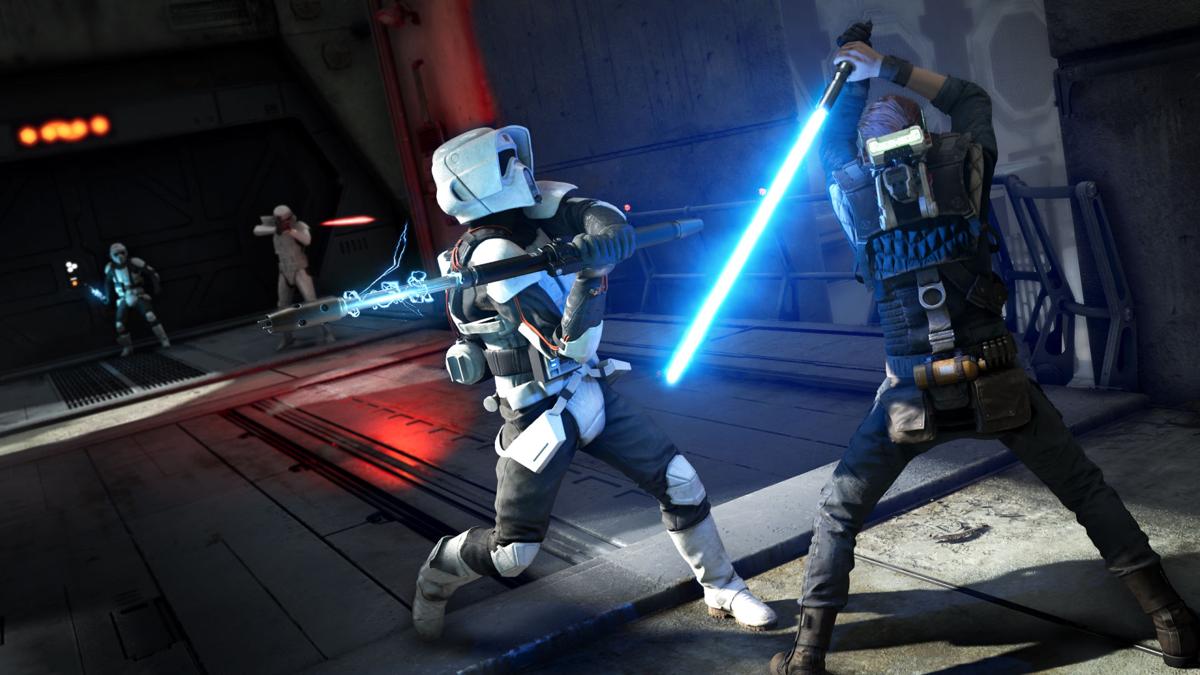 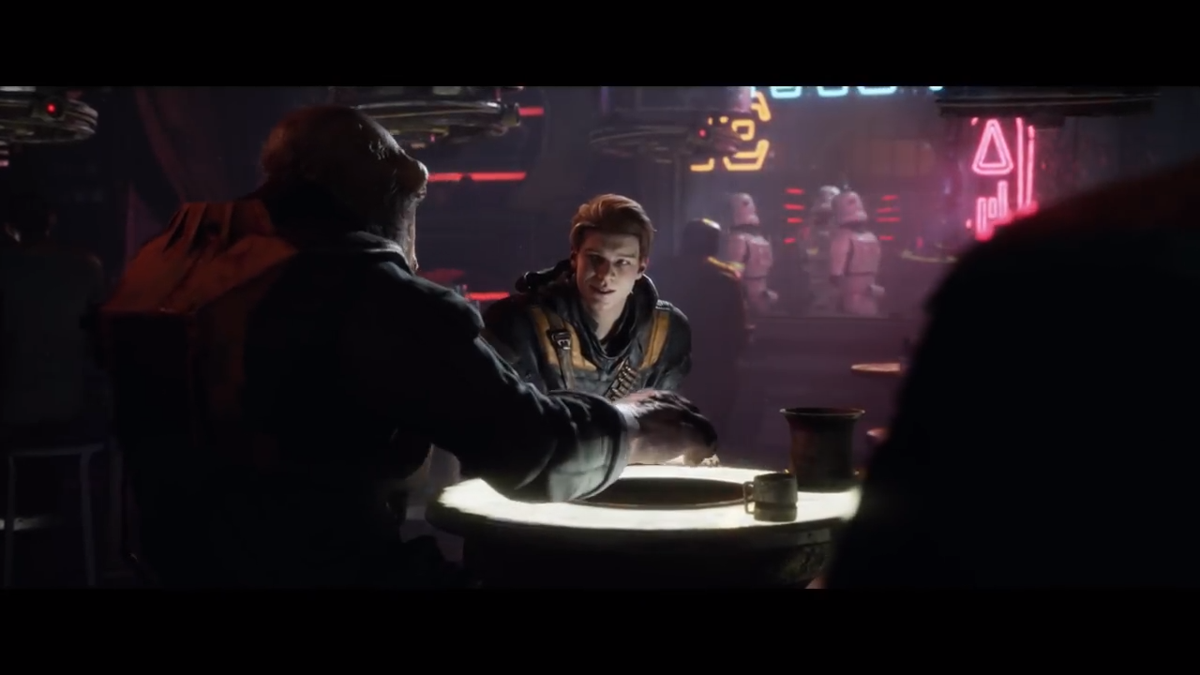 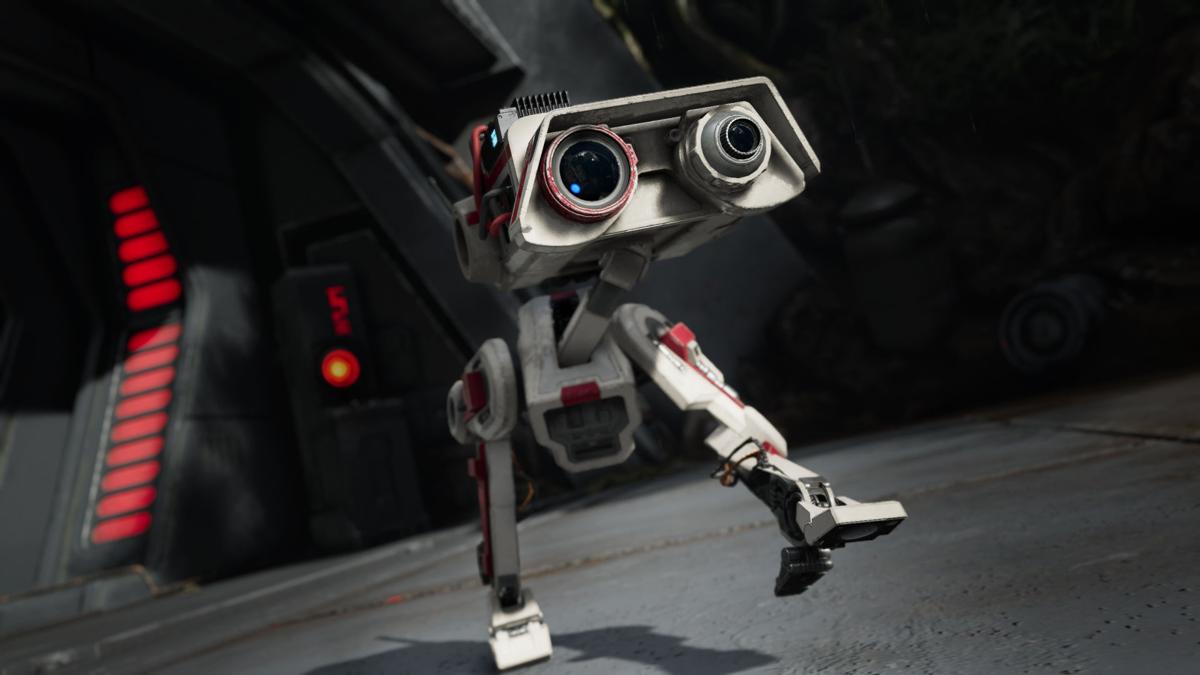 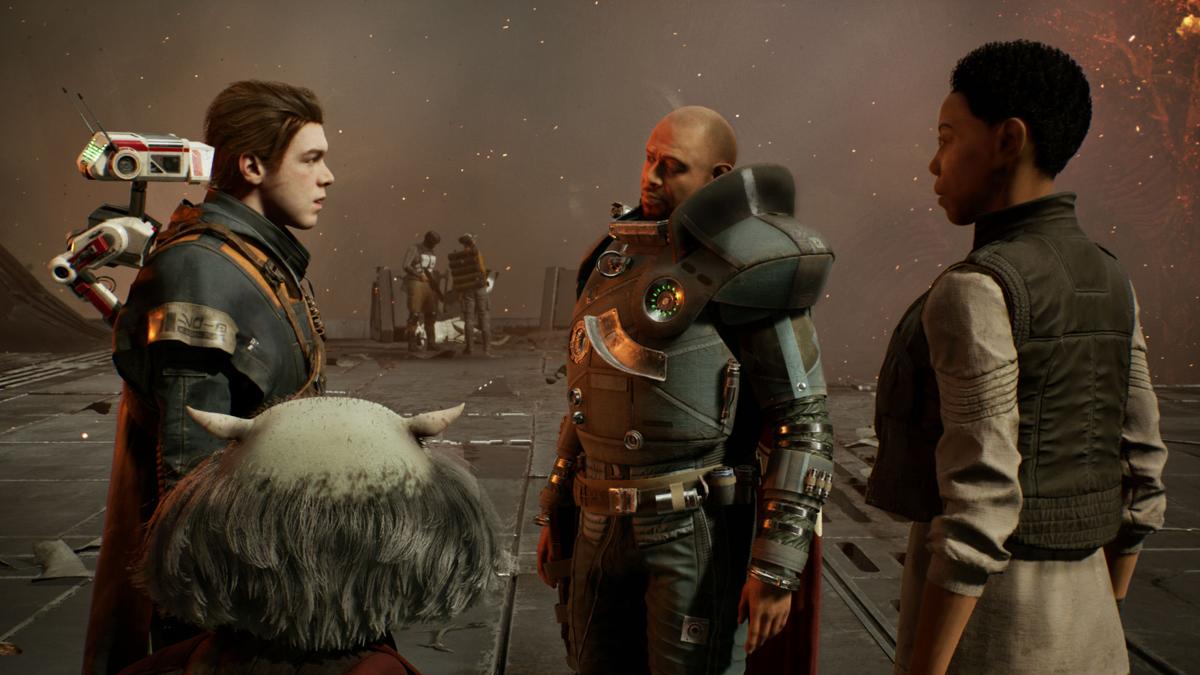 If you have been following either video games or “Star Wars” somewhat closely for the past couple years, then no doubt have you seen some of the controversies swirling around online over EA’s contract to be the sole creator of “Star Wars” video games. Most of this came to a head back in 2017 when “Star Wars Battlefront 2” launched with what was probably the worst fan-reception ever over its microtransaction system (the biggest example being a Reddit comment by the company becoming the most downvoted comment ever on the site). To their credit though, EA has stuck with their promise of a live-service with the game by continuing to add fan-requested content — primarily focused around “The Clone Wars” era — and making it an extremely solid “Star Wars” shooter that I consistently return to. Many fans carried a sour taste in their mouth over the whole thing, losing what little faith they had in “big bad” EA. Jump to the present and Respawn now takes their crack at it with a solely single-player experience in “Star Wars Jedi: Fallen Order.” And boy do they pretty much nail it.

Amid all of EA’s “crimes against the gaming community,” Respawn stood out as one of the company’s few developers that players were mostly positive on. This is mainly due to “Titanfall” and its even more beloved sequel “Titanfall 2,” which received big praise for its campaign. They clearly know shooters but making the jump to a third-person action-adventure game had me skeptical going in. That skepticism is long gone now though. Respawn melds together a thought-provoking combat system with a solid “Star Wars” narrative. It is not without its flaws though.

The setup for the narrative initially is an enticing-enough thread to follow. A Jedi padawan who has been in hiding for six years after losing his master in Order 66 must come out of it to find his destiny. Pretty basic stuff, but what makes it interesting to keep up with are its strongly-written characters and solid “Star Wars” plot with its own twists and turns. Cal Kestis as the protagonist is a fundamental “Star Wars” lead but it is his performance by Cameron Monaghan that pulls you in. Monaghan brings a playful banter in serious situations that feels right at home in “Star Wars,” while playing it straight for the game’s key scenes. His relationship with BD-1 is what steals the show though. There are a lot of droid companions across “Star Wars” media yet somehow BD-1 manages to stick out with his cute factor. Mainly though, the significance of their relationship comes from how BD-1 cares as much about Cal as Cal does for him. It is one of the best droid relationships in “Star Wars,” on a similar level to Anakin and R2-D2 or Hera Syndulla and Chopper. Cal also has a special ability to reconnect with memories of others through touching objects they were close to, which apparently is a rare ability among Jedi and not something I think has been explored in canon yet -- at least closely. I appreciate that he has something to set himself apart as Ezra does in “Star Wars Rebels,” who has his own Force connection to animals. Whoever is in charge of Cal’s hair and did its physics deserves a raise. Seriously, it is probably the best hair I have ever seen in a game.

The rest of the game’s cast complement Cal well. Debra Wilson kills it as Cal’s sort-of-retired Jedi mentor Cere Junda. She retired because of her own struggles with resisting the dark side. Both sort of help each other find their place, which makes it a more unique padawan-master relationship. Daniel Roebuck plays Greez Dritus, the captain of the group’s ship the Stinger Mantis. As a character who doesn’t understand much of the Jedi, he brings a sort of humor to a lot of situations. He knows how life works though and is often a focal point for touching moments with Cal. He also is a great cook with a bit of a gambling addiction. Elizabeth Grullon does a really solid job at playing the antagonist of the game, the Second Sister, one of Vader’s Inquisitors. The one character who feels kind of bland to me is Jedi Master Eno Cordova, who Cal spends much of the game tracing his footsteps and seeing messages left behind by him in the form of holograms. He just feels like a discount Qui-Gon Jinn in how his role with the Jedi was pre-Order 66, just not nearly as compelling. Not bad, but not great like the rest of the cast is.

If you take away “Star Wars” from the game, the combat is really what makes it for me. A problem with lightsabers in games is if you really handle it as it would work, a lot of the gameplay would likely feel trivial or easy. Respawn strikes a solid balance though between realism to sabers and keeping it a fun game. The big thing with the game is don’t go in expecting a hack-and-slash action game like “Star Wars: The Force Unleashed.” It has been said to death but the game is much more Soulsborne-esque and through the saber’s parrying mechanic and force abilities, you are forced to take a much more methodical approach to encounters. There is a pretty solid variety of enemies, though I wouldn’t have minded a bit more in that regard to keep things fresh. While difficult, the gameplay is incredibly rewarding and helps in that immersion in acting how a Jedi would in many situations. Once you have your full saber and suite of Force powers, the game truly clicks together. The combat is also broken up by puzzles, which are a welcome change of pace despite the fact that I am dumb and had to begrudgingly look up the painfully obvious solutions for them.

A piece of “Star Wars” is getting to explore multiple planets across the galaxy. Respawn does a solid job at mixing planets both old and new, all of which are ripe to be explored in a very Metroidvania way. By this, I mean how the game encourages you to go back and explore locations once you get newfound force abilities to unlock new areas. I’ll touch on it later, but the game pulls from a surprising amount of “Star Wars” content for its planets, such as Dathomir from “Star Wars: The Clone Wars” and “Star Wars Rebels,” home of Darth Maul and the Nightsisters. Whether the rewards are worth fully exploring the planets is up to you. Most are cosmetics like lightsaber parts, ponchos, BD-1 skins and the occasional health and Force meter upgrades. I just enjoy seeing more of what the planet has to offer. My one complaint though is backtracking can be a bit of a slog with how complicated the maps can get, which is why I can’t understand why the meditation points can’t be used as fast travel points.

The biggest and most surprising takeaway I get from this game is how well Respawn gets “Star Wars.” Again, they do a good job of mainly keeping everything introduced while still throwing in “fan-service” here and there. I use quotes because it doesn’t feel like fan-service at all and more as it fits right in with the story. Saw Gerrera’s appearance is excellent and makes it feel all the more solidified in canon since Forest Whitaker reprises the role -- I also found it interesting that Saw’s original actor Andrew Kishino from “The Clone Wars” was credited in the game. Tarfful, the Wookiee general who was with Yoda and Chewbacca during Order 66, popping up was a treat. I won’t spoil anything, but somehow they also got me to feel sympathetic for how the Nightsisters were wiped out by General Grievous and the Separatists in “The Clone Wars,” which gives me an entirely new perspective on their role in the series as a whole. So much of this game pulls from “The Clone Wars” and “Rebels” which makes this fan extremely happy though I won’t ruin it all for you here. Just know that fans of those shows get a LOT of love.

Something I am a bit mixed on with the game is its score. There is really one identifiable theme that I liked from it, but the rest feels pretty generic overall. I will say that the game knows when to rely on John Williams’ expert score. There is a scene in particular that really just hits on all the feels and sheds more light on an iconic moment of “Star Wars.” With stuff like “The Mandalorian” killing it without relying on John Williams much at all, I was a bit more optimistic for what “Fallen Order” could produce.

Some of my only other gripes with the game fall on technical issues. On PS4 Pro, the game looks great for the most part but certain areas are lacking visually. There is one moment in particular where you get a birds-eye view of Kashyyyk which is supposed to be this magical moment, but ends up just failing to really wow in any meaningful way. There were also a good amount of texture and model pop-ins throughout both regular gameplay and cutscenes. One was supposed to be a big moment for the game but Cal and his environment’s models looked entirely smooth which was disappointing. There were also some audio sync issues in cutscenes and at the very end of the game in the big climax. I got this weird bug where it sounded like leather was being rubbed up against itself which took me out of it.

“Fallen Order” has some issues here and there but as a “Star Wars” game from both a story and gameplay perspective, I am very impressed. The technical issues, music and the occasional lackluster visual were the only real things nagging my brain, but the game sort of covers those holes up with how good it is in every other aspect. Cal feels like a worthwhile addition to the cast of “Star Wars” protagonists as does the rest of the mostly solid cast of characters. It is something I want Respawn to take another crack at definitely. If you’re even vaguely a “Star Wars” fan but like video games, I can not recommend this game enough. There is a lot of care put into the game which I do not think should be ignored.