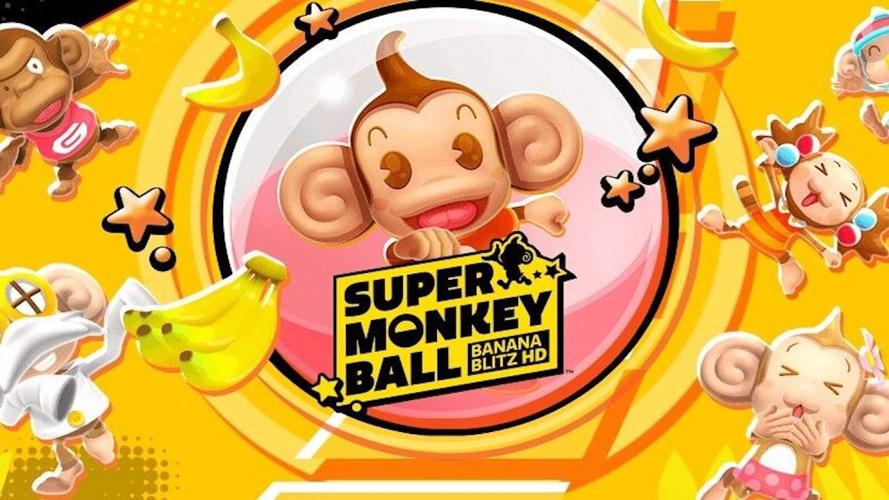 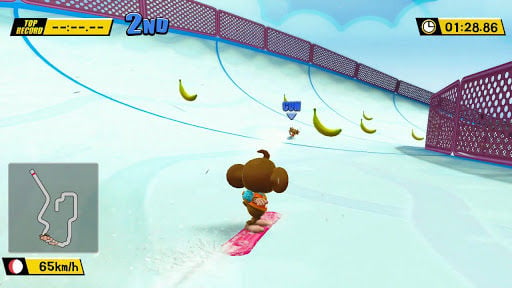 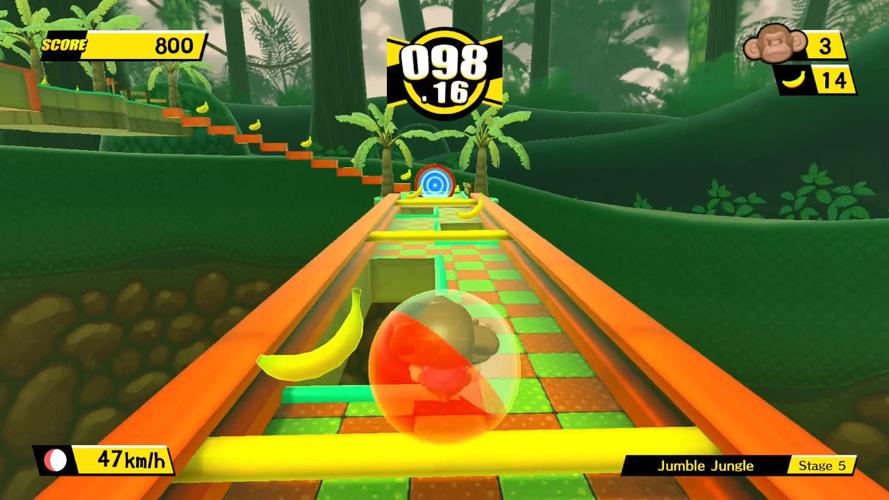 I’m gonna put this out on the table right off the bat, “Super Monkey Ball 2” is one of my favorite games. The first entry in the beloved arcade series came as a Gamecube launch title and was, for all intents and purposes, a great conversion of the original Japanese arcade game into an appealing and accessible title for the home console market. With deceptively simple gameplay at its core, and a wealth of multiplayer offerings, the original “Super Monkey Ball” became a fan favorite of the Gamecube’s library after its 2001 release. About a year later, “Super Monkey Ball 2” was released along with more fleshed out multiplayer party games and a full-blown single player story mode as opposed to the first game’s arcade style challenge mode. I played this game for ages as a kid, and even today it remains clear why I loved it so much.

Unfortunately, the rest of the “Super Monkey Ball” series is a bit rockier than the first two entries would have you think. After waning in popularity and having some less than stellar releases, Sega’s cast of plastic encased primates went on a bit of a hiatus, being M.I.A. since the release of “Super Monkey Ball: Banana Splitz” on the PlayStation Vita (which is, oddly enough, a game that I had never even heard of before researching for this review). Needless to say, fans were starting to wonder if the games would make a return, or if these monkeys were indeed history. Just a few months ago, Sega provided answers by announcing that the series was indeed returning on modern platforms in the form of an HD remaster of “Super Monkey Ball: Banana Blitz,” a Wii launch title which still stands as one of the most divisive entries amongst fans. While I have dabbled with the original Wii version of “Banana Blitz,” it wasn’t long before I decided that the game’s motion controls (which were the only available control method for that release, it was an early Wii game after all) simply weren’t my thing. So, fast forward to the present day and we have a version of the game with remastered visuals, gameplay enhancements, revamped multiplayer, online leaderboards and (crucially) traditional button controls. The question remains though, are these efforts at polishing up the original enough to make “Super Monkey Ball: Banana Blitz HD” worth your time on modern consoles? Let’s find out.

For those who are unfamiliar, I think a brief explanation of what on Earth actually goes on in a game with a title as ridiculous and nonsensical as “Super Monkey Ball: Banana Blitz” is in order. Here, players are tasked with rolling their favorite spherical simians through a variety of different mazes under a time limit. While the goal is simply to get to the end, this is much easier said than done, as every level is conducted under a strict time limit ranging anywhere from 30 to 120 seconds. The game admittedly starts off incredibly easy, but this is only a small foretelling of the absolute insanity that awaits anyone brave enough (or foolish enough) to try and take on the expert stages unlocked later in the game. As you progress through each world, platforms become smaller, hazards become more plentiful, stages become more maze-like and a full understanding of all of the game’s nuances becomes an absolute necessity.

Thankfully, the controls in this remake give players a much better chance of actually overcoming these steep challenges than the original’s somewhat wonky motion controls ever could. The old system of tilting a Wii-remote to roll around the game’s stages has been replaced with a tried and true analog stick control scheme, and the game is all the better for it. Encountering a particularly thin rail or sharp turn will no longer cause a sinking feeling in the pit of your stomach, as the more traditional control setup allows for far more accurate and subtle influences over your momentum and overall direction. This brings the overall feel of the gameplay in “Banana Blitz HD” much more in line with the Gamecube originals, which is a very good thing indeed. The other aspects of the control, such as the game’s physics and overall responsiveness, are also darn near perfect, meaning that even first time players will surely find themselves mastering the game’s mechanics after some practice (That doesn’t mean that the later stages are any less terrifying, though).

Additionally, the mazes themselves are all wonderfully designed, and allow players to take full advantage of the new, more precise control scheme. Sure, most of them are the same as the Wii version, but a few courses have received various updates and tweaks to either remove small oversights in the original designs or adjust the difficulty to better fit the added level of precision players can now achieve. I also have to say that the remaster treatment has worked wonders for this game’s presentation. Colors appear much deeper and richer than before, and the game’s higher resolution benefits both the 3D elements in the foreground and the game’s highly detailed 2D backgrounds. While I can’t be 100% certain, it also appears that character models and world geometry have received an upgrade in terms of polygon count and overall detail, which really makes them pop and appear way more animated than before. Combining all of this with the game’s silky smooth 60 frames-per-second output (even on Nintendo Switch), I think it’s safe to say that the presentation here is on another level entirely when comparing it to the original, and serves as a prime example of a remaster done right.

Alas, there are two major issues that I ran into during my playtime that I would be remiss to leave out of this review. The first of these issues may be a bit subjective, but to me the multiplayer options felt a bit underwhelming, especially when compared to the lofty standards set by the Gamecube games. Don’t get me wrong, the 10 party games included here are a fun little distraction, and with the right group of friends they can lead to some downright hilarious play sessions, but the games here don’t offer nearly as much replayability or progression as past entries have. Take “Monkey Target,” a minigame involving gliding your monkey across the sea in order to land on one of a number of targets scattered around that has become somewhat of a series staple over the years. The version of this minigame included in “Super Monkey Ball 2” included multiple stages, customization for different variables such as number of rounds, wind speeds and more. However, the version included here feels incredibly watered down and almost tacked on, containing just one stage and much more limited gameplay mechanics compared to its predecessors. Taken as a whole, players will likely experience everything that the multiplayer games have to offer in less than an hour, which is a shame considering that previous games in the series have leaned far more into the party game angle and offered loads more content in their minigames. Even the brand new online integration feels somewhat rushed here. There may be online leaderboards for both the main game and the minigames, but these leaderboards are strangely limited in their implementation, allowing for only very specific statistics to be uploaded. For example, there is a leaderboard for your combined high score in all 10 minigames, but no individual leaderboards for high scores in each game.

The second issue, and arguably the more important one, comes from the camera. Now, “Super Monkey Ball” as a series has never really been known for its outstanding camerawork, but the camera in “Banana Blitz HD” seems a little bit more finicky than in other entries, occasionally finding itself stuck at some incredibly awkward angles. Players have no direct control over the camera here, as the entirety of the camera work is handled automatically. That being said, during the vast majority of the mazes the camera does a fairly good job at sticking with you and showing you what’s ahead. However, the second any kind of circular stage or hairpin turn is involved the camera will sometimes lock into its current position rather than following behind you as you turn, leaving you staring at the front of your monkey without a single clue as to what lies ahead. This, as you can probably guess, will most often lead to your untimely death. Again, it doesn’t happen very often, but when it does, there’s not much you can do other than try to awkwardly rotate yourself in place and hope that the camera catches up after a while. These issues are most glaring in the game’s boss battles, which feel just as thoughtless and out of place here as they did in the Wii original. The revamped control scheme does little to nothing to help with the horribly inaccurate camera that constantly rotates around the boss arenas and messes with the directions of your inputs, usually resulting in you careening directly off the edge or into an attack and making the bosses stand out as being the worst part of the game by far.

Underwhelming online integration and problematic camera aside, “Super Monkey Ball: Banana Blitz HD” stands as a remaster whose updates can really be appreciated when stacked up against the original. The main game here offers some of the best designed and most challenging mazes since the series’ Gamecube days, and the multiplayer party games, while not spectacular, can still provide a good laugh in the proper environment. The fact that the game’s 100+ stages are delivered in a gorgeous revamped art style and with a much more accurate control scheme means that “Banana Blitz HD” does a great job of addressing some of the original’s biggest flaws while making it more appealing to a modern audience. It’s not perfect, but whether you’re a longtime fan of the series, or looking to jump in for the first time and see what all the monkey business is about, this remaster is sure to offer up a barrel of good times. Just be prepared for some occasional frustration along the way.