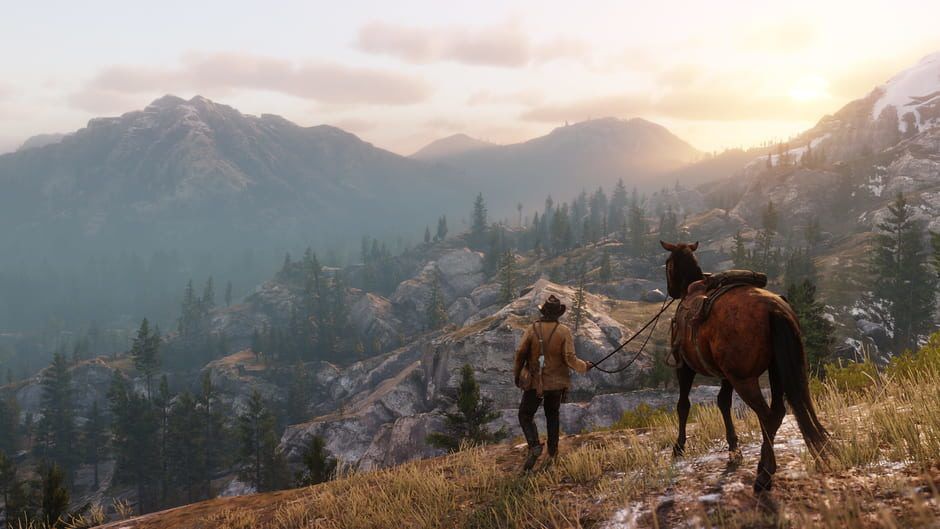 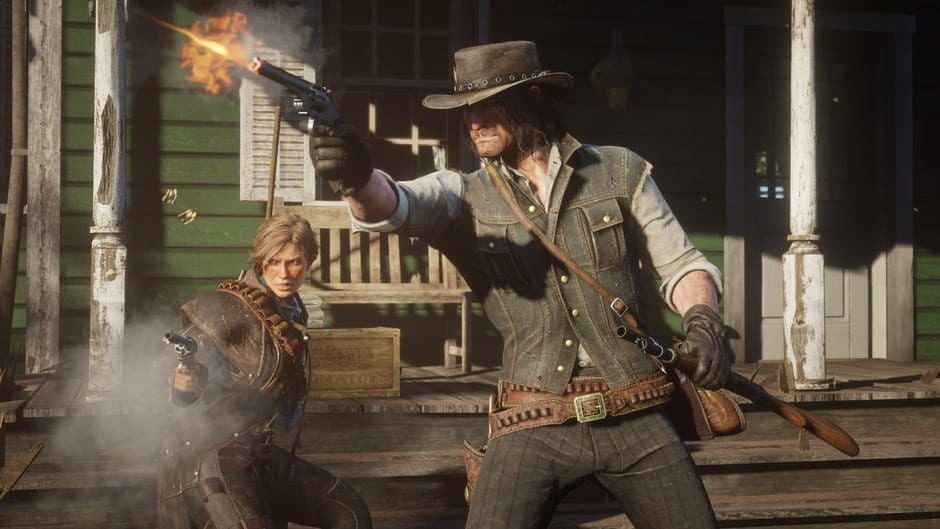 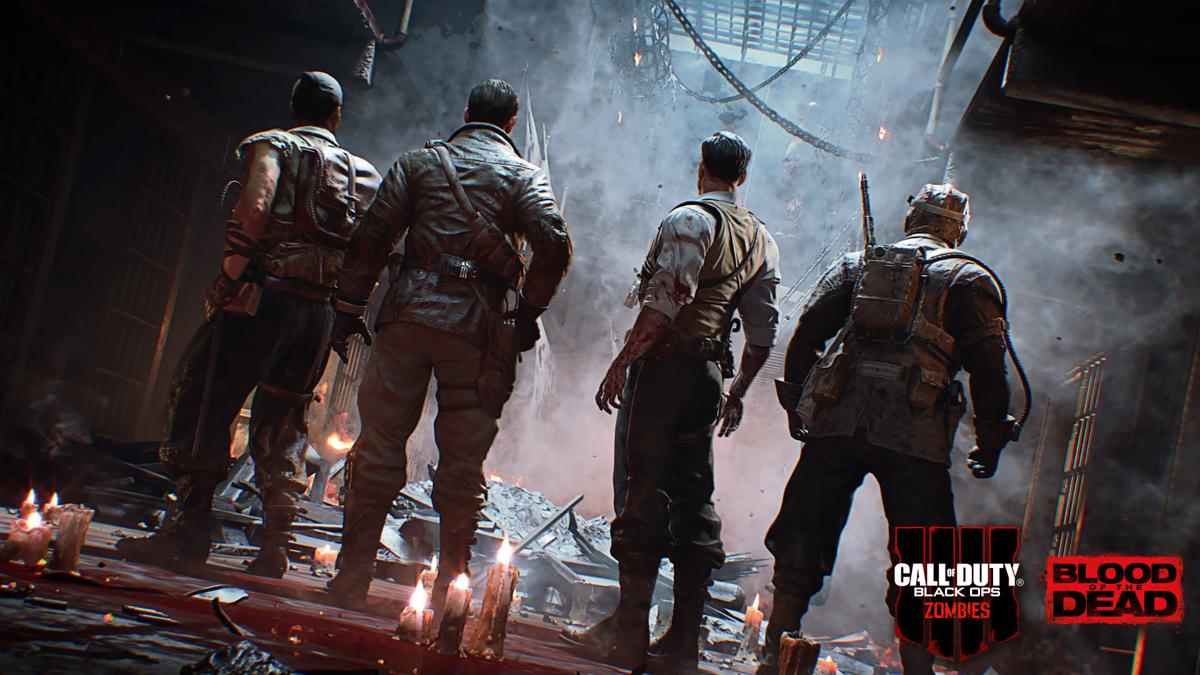 Image courtesy of Treyarch and Activision 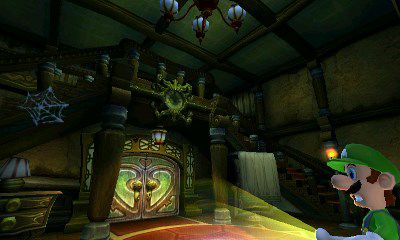 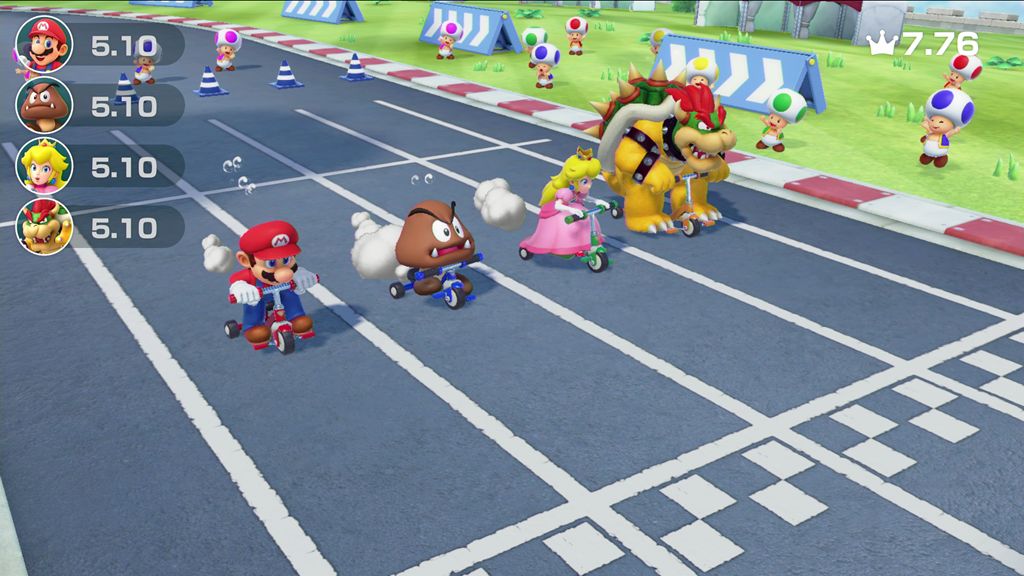 Image courtesy of Treyarch and Activision

Starting off the month of October is what should be a return to form for the “Mario Party” series. The mini-game bonanza has always been a great title to play with friends, even though the last couple entries have been somewhat lackluster. The series is especially great for sibling rivalry, which I can personally vouch for from the personal experience of constantly being beaten by my older sister on “Mario Party 4” for GameCube. If you are unfamiliar, the series takes a variety of “Mario” characters onto a traditional board-game format, playing a multitude of mini-games in between rounds to progress. The online functionality of the game however, consists only of a series of five mini-games to go against others online. I think it would have been nice for Nintendo to include the ability to play a full regular board-game match with either friends or random players online in 2018. I can sympathize with the reasoning that it would never be nearly as fun as playing with people in-person, but the option would always be nice to have. If you are looking for a game to liven up your own party life with friends, “Super Mario Party” could be the title for you given its extensive list of fun mini-games and ability to play portable anywhere thanks to the Switch.

Coming out just in time for Halloween, this port of the original GameCube classic finally gets a rerelease, though sadly only on 3DS. “Luigi’s Mansion” is one of Nintendo’s more experimental titles, giving the spotlight to Luigi in a mildly spooky but extremely charming action game. The main gist of the game is that Luigi is outfitted with the Poltergust 3000, a backpack vacuum designed specifically to suck up ghosts. Like most of Nintendo’s games, the reliance on a specific art style rather than graphical fidelity means this game still holds up well today. The mansion explored in the game is more maze than manor, which really shines through the game’s use of lighting and different effects like dust particles or towels draped over furniture that can be sucked up. Luigi himself delivers a variety of animations that help bring him to life, and small details like him whistling along with the game’s soundtrack only help to build up the atmosphere. I could gush about this game for a while, so if you have not yet gotten a chance to play the original “Luigi’s Mansion” before, this new release on 3DS is a great opportunity to do so.

Battle royale has been a hot topic for gaming in 2018, first popularized by “PUBG” last year and then taken to a whole other dimension this year with “Fortnite.” It was pretty much assumed that most triple-A developers, at least ones dealing with first-person shooters, would try to give the craze a go. “Call of Duty” has been a staple in gaming for almost the past decade, delivering a quality (yet sometimes too familiar) experience year after year. The series works on a three-year development cycle, with this year’s release falling to Treyarch. In my eyes, Treyarch is the top dog for their design of the “Call of Duty” formula, and is the only one that brings me back every three years for their turn. This year, some controversy came about when the studio announced they would be dropping the single-player campaign in favor of the battle royale mode, but when the beta for the game dropped last month, most of these complaints seemed to be squashed. I enjoy the multiplayer side attractions, but what brings me back every time is their Zombies mode. Zombies has grown in a tremendous way since its secret inclusion in “World at War” ten years ago, now stretching across a number of maps in a story that I think has gotten more convoluted (yet still as fascinating) than the TV show “Lost” at this point. This year the mode will feature three maps at launch opposed to the typical one. The first two maps are starting a completely new and separate storyline for new players to jump in on with the other continuing on the old story. Even with a lack of campaign, “Black Ops 4” looks to be another excellent title for Treyarch, beefing up their other modes with more content and including the new battle royale mode to make up for the loss in single-player.

The biggest release of the year, “Red Dead Redemption 2” caps off the month of October with the sequel to Rockstar’s critically acclaimed open-world western. Initially slated for last spring, the game’s new release date sent most games seemingly scurrying away from it. “Call of Duty,” for example, moved up their usual beginning of November slot up a whole month to October and “Battlefield V” was delayed from their typical October release into late November. The reason for this is not purely based on Rockstar’s level of quality, but is probably due to their last game, “Grand Theft Auto V,” reaching the number three spot on the list of best-selling games of all time. From even the small amount of gameplay they have shown, it’s more than clear that “RDR 2” will be one of the most expansive open-world games to date. Rockstar is the king of open-world design and is extremely meticulous in paying attention to every single detail in a game, despite its overwhelming size. Despite the two in its name, the game is set before the events of 2010’s “Red Dead Redemption,” placing you in a gang of outlaws in the year 1899. One thing I think “Red Dead” holds over the “GTA” series is that it tells a much more grounded narrative and I am keen to see how this one will play out this year as a prequel.