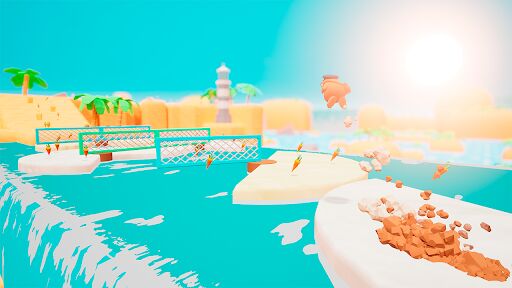 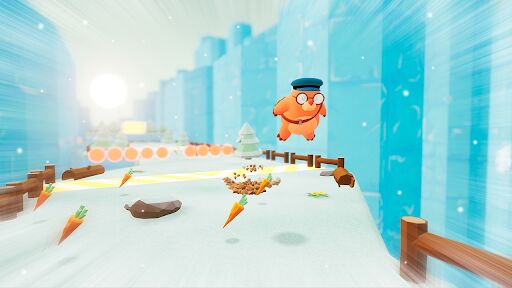 In recent years, one of my favorite trends in gaming has been the renewed focus on smaller titles. Games made by a fraction of the people and with a fraction of the latest budget from the likes of Sony and Nintendo can sometimes provide just as much entertainment and charm, which seems to be a realization that gamers have all together. The likes of "Shovel Knight," "Yooka-Laylee," "Blaster Master Zero," and so many more have shown that developers don't need millions of dollars or years of focus-group research to make a game that is well worth your time.

Nintendo's latest platform has become a bit of a hub for small, budding developers looking to take their first crack at a full retail project, which has led to many interesting and sometimes even brilliant games from relatively tiny developers. "Mail Mole" is perhaps the most recent example of this. This game comes as the debut title for a small development team known as Talpa Games, which, according to their website, was formed by a group coming fresh out of college. Here, players are tasked with guiding an adorable delivery mole named "Molty" through a series of obstacle courses to deliver letters all over the lands surrounding the central island of "Peaceful Plaza."

"Mail Mole" takes the form of a series of linear platforming challenges. Molty's main form of movement is burrowing underground, but he can also burst through the surface to hop over gaps or dodge hazards. Jumping works a bit differently here than in most platformers, as players are more so required to "charge" their jumps by holding the button rather than the jump occurring immediately. It takes a bit of getting used to, but the results are consistent and repeatable enough to where the game's unorthodox physics will eventually become second nature.

Another aspect that is essential to the gameplay in "Mail Mole" is the Dash. Molty's default movement speed is painfully slow, but that seems to be more of a design choice than an oversight. Holding down a button will make Molty break into a dash, increasing his jumps' length and giving the game an overall improved sense of flow. Again, this may throw many players off at first, but after some practice, you begin to get a sense of when to use the normal speed to your advantage, such as parts that require pinpoint precision in your positioning. As I mentioned before, it's certainly an unorthodox control scheme that may not be for everyone. Still, it became immensely satisfying once I wrapped my head around the game's mechanics.

What helps to make any of the gameplay's initial frustration much more manageable, though, is "Mail Mole's" charming and adorable presentation. Many objects in the game's world have a "low-poly" look, but it comes off as deliberate and artistically driven, not lazy. The use of bold, primary colors and simple yet effective texturing makes every one of the game's world's pop with character and personality. This even expands to Molty and the game's various side characters, who are refreshingly simplistic in their design. These simplistic graphics also undoubtedly helped the game to hit a consistently high 60 frames per second performance, with only a few drops from that target in Switch's handheld mode to speak of. Wrapping up the package is a pleasant if somewhat forgettable soundtrack that serves as perfect backing for the laid-back adventure that the game presents.

"Mail Mole" may be a much smaller title than many are used to seeing, but it's also clear that it isn't trying to be the next triple-A blockbuster gaming experience. It may only take a handful of hours to complete, but the asking price reflects that amount of content perfectly—$14.99 on the Nintendo Switch eShop at the time of writing. Knowing that this game is the first attempt from a brand-new development studio makes the accomplishments here even more impressive. A few kinks and holdups in the gameplay could stand to be worked out if a potential follow-up were to materialize, but as it stands, "Mail Mole" is definitely worth a look, especially if you're a fan of indie titles.

*Mail Mole is available on PC, Nintendo Switch, Xbox One, Xbox Series Consoles, PS4, and PS5. A copy for the Nintendo Switch was used for this article.