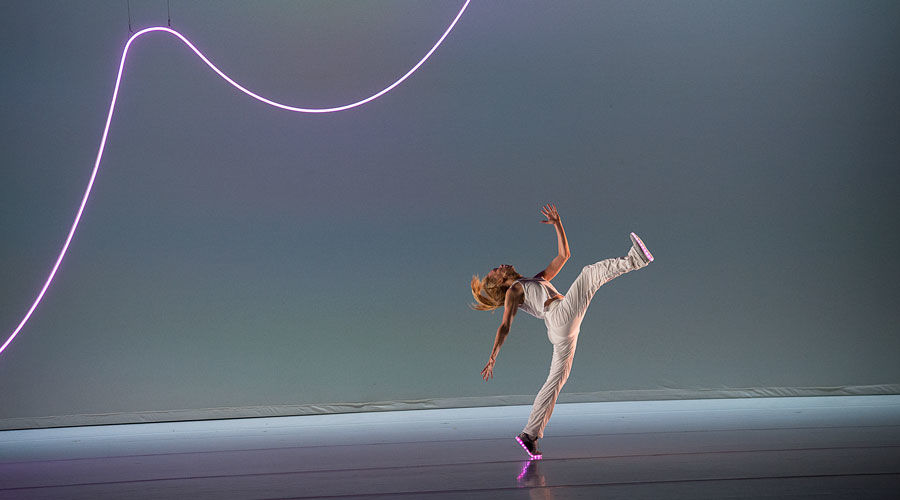 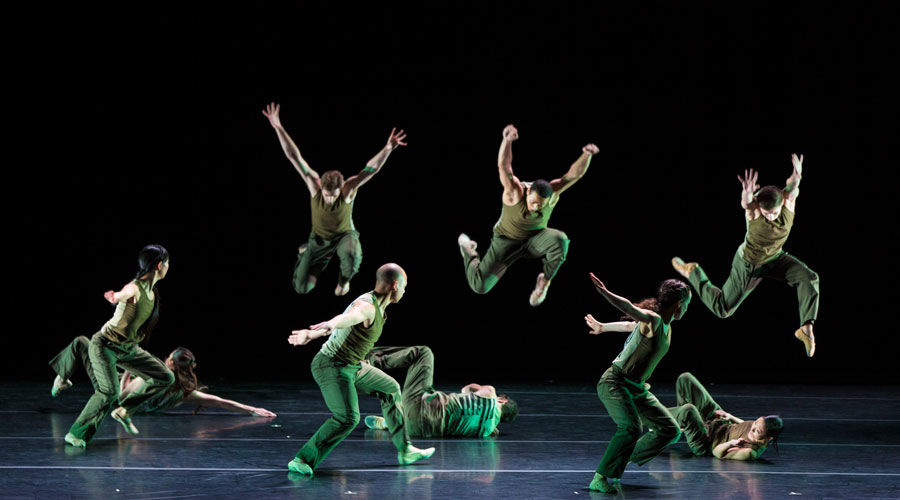 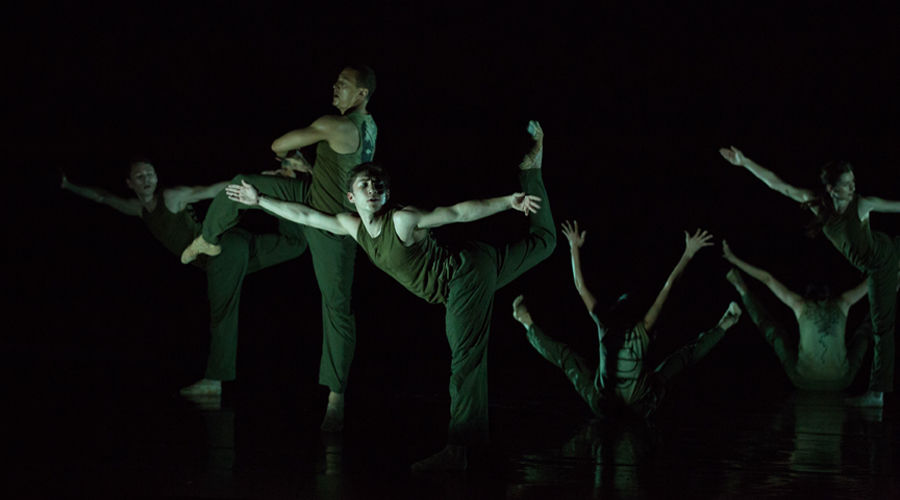 Ever wondered what it’s like to be a professional dancer? Blumenthal Performing Arts hosted the New York City-based contemporary dance company Jessica Lang Dance on Nov. 12. Here are some edited excerpts from an interview with JLD dancer Rachel Secrest, who discusses the role of the dancer, what it’s like dancing for Bessie Award-winning choreographer Jessica Lang and the time she and the company met singer Tony Bennett.

What is the everyday routine of a dance professional?

So basically, it’s a full-time job. We work 10 to six regular hours, usually Monday through Friday or Monday through Saturday, when we’re just rehearsing. When we’re touring, it gets a little more complicated. We’re spending 24 hours a day at work. We’re usually in a city for three or four days. When we have a show day, we’re in the theatre all day; we’re tech-ing from about noon to five, and then we have a dinner break, and then we get ready for the show and do the show, and then on to next city. And we do some outreach in the cities as well. For the most part, it’s just a regular full-time job.

What is unique about dancing for Jessica Lang’s company?

It is a very unique company. The first time that I stepped in the room with the company…the thing that got me was the atmosphere of the room. It was very small, but it was very warm and open and welcoming. There were a lot of dancers that had been dancing for her for a very long time. There was a maturity in the room that really drew me to it. These dancers here were really invested in Jessica’s work specifically, since she’s the one creating all the work for the company. It was just very tangible that everyone believed in the work, and once I got to be a part of the work, I kind of understood that. She’s done this amazing job of curating this atmosphere of maturity and growth. It’s just good vibes in the room, ya know? And that was what really set her apart, just the moment I walked in, the very second that I stepped in the room. So that was really cool, to know that immediately.

Could you talk about the creation process?

It’s one of the funnest [sic] parts of being a dancer. It’s really just a lot of playing. Sometimes I just walk out of the room after the creation process and I’m just so amazed that my job is just kind of this crazy, we-just-played-all-day kind of thing.

It starts from a place of improvisation…we play a lot of games. Jessica will create rules for a structured game and she’ll give us tasks to do and she’ll play music and we’ll just kind of go around and improvise for a long time — sometimes we’ll do it all day. She’ll have something in the back of her mind that she’s going for and we don’t exactly know what that goal is, and that kind of allows us to influence [the piece] in that way. She’ll see something and go ‘well, ya know, I wasn’t necessarily thinking of that, but now I see it and I like it.’ So it’s a lot of back and forth at the beginning between us and Jessica. We get a lot of influence in the piece, which is very cool, and once she starts to see things that she likes and things that make sense to her, she’ll start structuring it and somehow it just comes together. It’s almost out of nowhere. All of a sudden it comes together, and I see it and I’m like ‘Wow! She was building it all the time.’

What is your favorite piece to perform?

I don’t know…maybe the Tony Bennett piece (‘This Thing Called Love’). It’s just so fun to perform and it’s easy to get lost in the character…and it goes by so quickly that you kind of forget that you’re onstage and performing and you’re just kind of in the moment having a lot of fun.

We met [Tony Bennett]. It was very cool. We performed the piece for him in a private showing and he was just all smiles and loving it. His whole team and his wife was there as well. There were tears and laughter…it was just very, very cool.

Each piece is very individual. There’s not an overarching theme that she’s going for, besides just being true to her and her style. I think that every piece has the ability to stand alone; it’s strong enough to be on any program, which is cool. Like, “Thousand Yard Stare” is about war and veterans…and it has a powerful impact. And then there’s “Glow,” which is meant to really just be a fun, pick-me-up piece playing with lighting. So she just has all these ideas and each piece is true to its own idea, but the ideas are very different and that’s what makes the program so diverse and such a great program.

Personally, as I perform, my goal is honesty, which is kind of one of the hardest things I’ve found. My ultimate goal is just to make sure that the work is reading the way Jessica wants it to be reading, stay true to the intention of the piece and make sure the piece as a whole is reading correctly. But beyond that, personally, I try to find my connection to the pieces as honestly as I can, and hopefully, the audience can connect to that…I think when a performer is honest, an audience can read that, so that’s what I strive for and I think that’s also what Jessica strives for and [what] we all strive for as artists. I think that’s the most powerful and compelling part of art.

What does it mean to be honest in your work?

It is hard to explain. I think in any art, it’s easy to go over the top…and go very far with it. So there’s a process of reeling back a little bit and finding the message within yourself…[in] all art, we can find a personal connection…you can find a story that connects you to a similar feeling, and that’s what I try to do, is find a personal connection that is true to me and also honors the work.

Can you talk a little bit about some of the personal connections that have contributed to this work?

So, for example, “Thousand Yard Stare” is a piece we’re doing in Charlotte…it’s about war and those affected by war. Jessica talked to a lot of veterans through the process of making the piece. She did this project where she got in touch with a friend who was an active service member and got in touch with the unit. She had them do this exercise where they just listened to the music that we danced to and she had them draw…just draw black ink on white paper…she didn’t give them any other prompt but ‘what did they feel?’ And then our costume designer took those drawings and transferred them to textile and we wear those on the back of our shirts, so we each have an individual story that’s really real and tangible so we actually carry them through the piece.

What is special about dance?

[There’s] something about being in the moment. It’s not an artwork that will then be hanging in a museum. You have to be there; you have to be present. That makes it special as a performer and as an audience member…there’s something so different about being there in the moment. There’s so much that could go wrong; so many people going into it. It’s fleeting. It’s gone as soon as it happens.