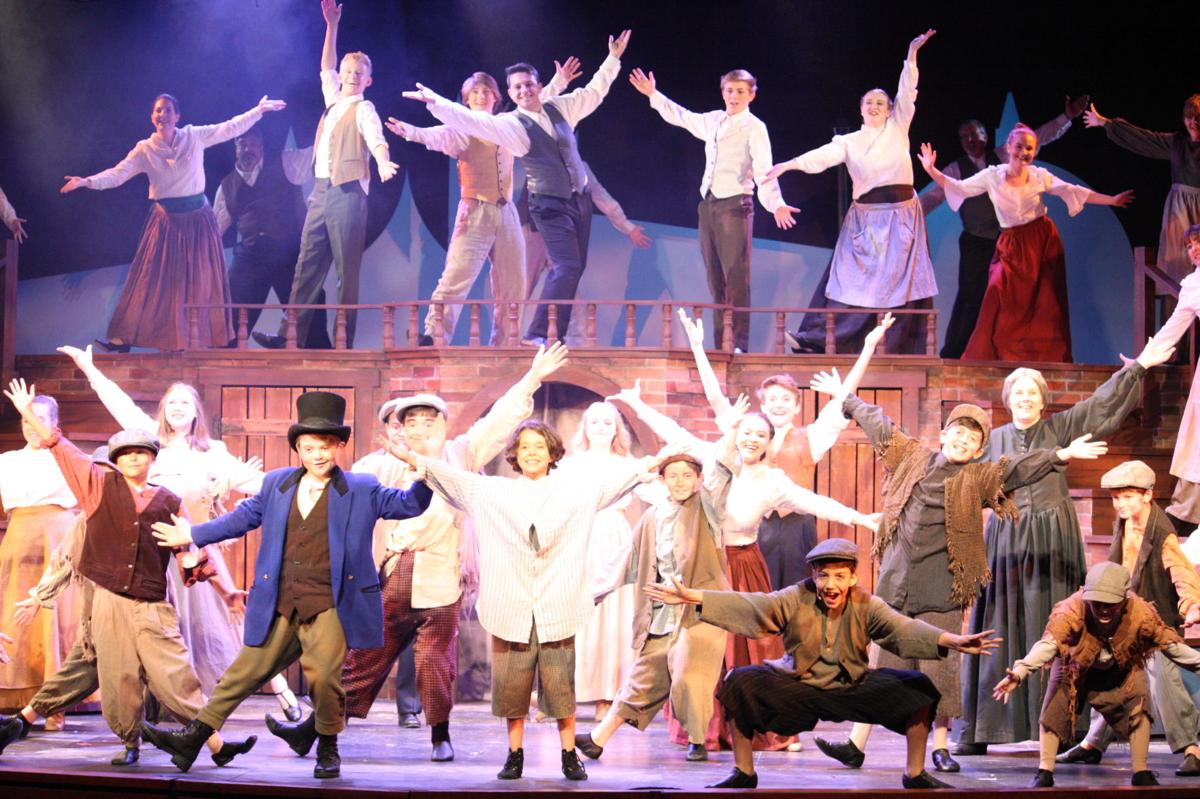 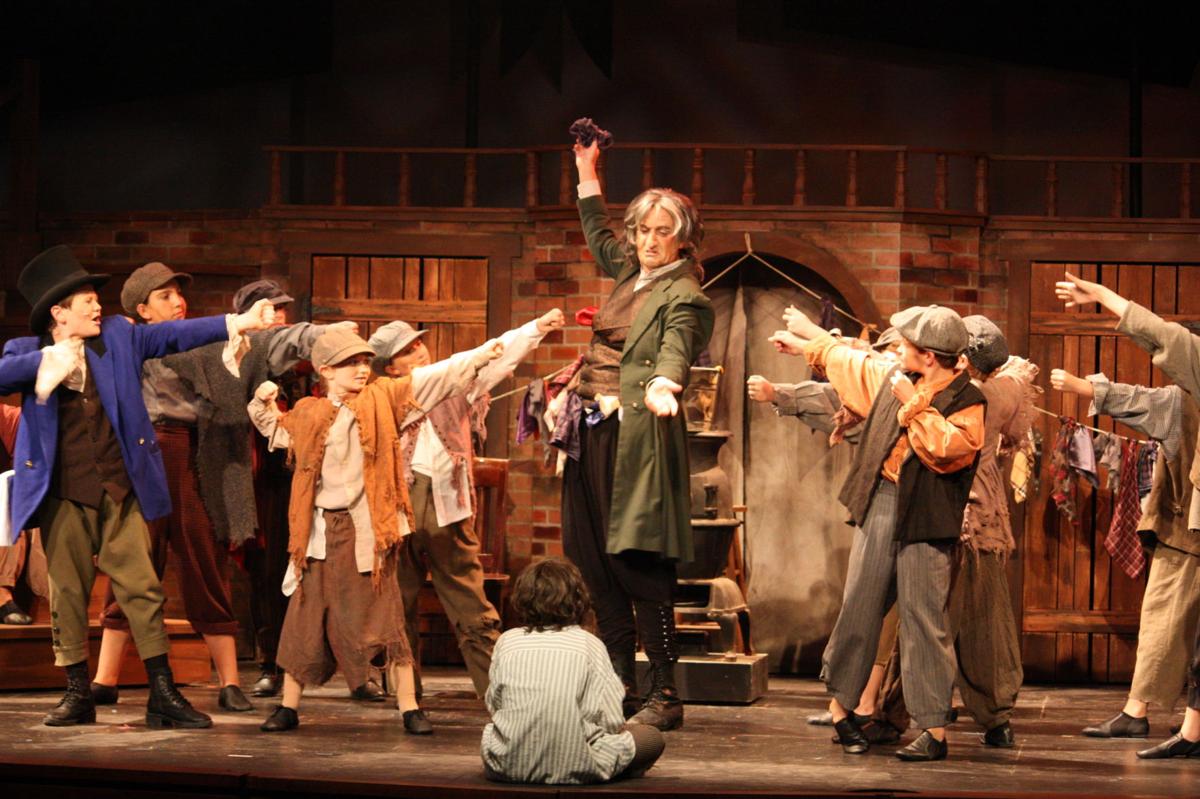 The tales of renowned author and social critic Charles Dickens have seen their fair share of adaptations of stage and screen in the past, none perhaps as widely successful as “Oliver Twist.” With the original London production based on the 1839 Dickens story spawning numerous retellings, including the Academy Award-winning 1968 film, the musical adaptation has stood the test of time as not only a critique on the hypocrisies of child labor but also as an exhilarating and impassioned portrait of the London underbelly. Along with it comes a motley cast of blood-thirsty villains, gold-hearted criminals and undaunted matrons. As Theatre Charlotte opened its 92nd season with “Oliver!” this month, the wise-cracking and emotional narrative of young Oliver Twist rose from seedy London streets and dazzling Broadway seats to the Queen City.

Before seeing the tale of “Oliver Twist” unfold into a sweeping yet grounded musical on the Charlotte stage, I had only a slight familiarity with the classic Dickens novel. Often described as an unromantic portrayal of sordid criminals and their unsavory acts, as well as a peek behind the curtain of how young orphans in London made their way in the world, the story already held so many fascinating layers of drama and seething social commentary. While the seminal novel by Dickens–only his second novel in what would become an unprecedented literary career across Victorian England–might have included within its story and characters far more than the eventual musical adaptation would, the retelling by Lionel Bart served its own purpose: to shine a light on the realities and cruelties of impoverished London and the colorful company of heroes and rogues just trying to figure out their place in the world.

With its story simplified and many of the novel’s negative connotations stripped away, ‘Oliver!’ made for yet another delightful experience at Theatre Charlotte. With a vibrant cast — the majority consisting of talented, youthful actors–filling every corner of its sprawling set of stone stairways and wooden doors, the production ignited with an enthusiastic liveliness. The animated spirit of the show was primarily found in the ensemble of orphans who opened the night. While their bodies appeared feeble and their faces solemn with hunger and lack of sleep, they sprang to life immediately as the stage lights brightened. And as its opening scene lit up the stage, among the crowd of dirtied faces of young boys eagerly awaiting their daily gruel to consume, there was Oliver (Atticus Ware). With the orphans’ desirous tune of dreaming of a richer menu among their crumbs and scraps filling the dark theater, a scrawny, black-haired boy darted unnoticed between the mass of actors. It was only when his trembling yet unambiguous request for more than he was given on his plate that young Oliver, and young actor Atticus Ware, emerged.

While Ware did not get much time to shine on-stage, scampering past vile caretakers like Johnny Hohenstein’s Mr. Bumble and viperous crooks like William Kirkwood’s Bill Sykes, he was astounding whenever he held the spotlight. After Oliver is cast out into the London streets, his simple request for more food tarnishing the cruel existence he lived within the workhouse, he beckons to the outside world as to where love can be found. As the boy eventually stumbles into the care of criminals and thieves, led by the fanciful Artful Dodger (Bailey Wray) and his often-perturbed mentor Fagin (Geof Knight), Oliver’s naivety to the vast underworld of London is emboldened by Ware’s innocent demeanor. While songs like “Where is Love?” and “Who Will Buy?” at first ring out through the actor’s voice with a contemplative unease, Ware filled the character with a unique sense of wonder that molded his nervousness into a vitalized ounce of courage by the musical’s end. Once he joined in song with Wray’s Artful Dodger (“Consider Yourself”), Ware scattered across the stage not in fear but with a renewed sense of belonging.

The introduction to the motley crew of child crooks and thieves that follow the former criminal of Knight’s Fagin paved the way to a satisfying conclusion to the first act. As Ware’s Oliver garnered more courage to dabble in the game of thievery and deception, other characters populated the stage to sprinkle even more drama into the classic tale. While the production molded the thief Fagin into far more of a comic character than his villainous counterpart in Dickens’ novel, the antagonist role was filled effectively by the elderly crook’s blood-thirsty comrade Bill Sykes. Each seeking their riches using their own methods, Fagin harboring the jewels and treasures his boys steal in secret while Sykes bargains mostly through unfettered violence, they both quickly see the true value of a young thief in Oliver. Along with Sykes came his unflinching matron Nancy (Kristin Sakamoto), whose effortless vocals played to both the humorous and joyful side of the story (“It’s a Fine Life”), as well as its more somber moments (“As Long as He Needs Me”). The abusive relationship between Sykes and Nancy only fueled the fiendish portrayal of the scoundrel by Kirkwood. Perhaps even more captivating, however, was Sakamoto crooning on the wicked fate she sees for herself on the horizon.

The second act emerged with the powerhouse melody “Oom-Pah-Pah,” the exuberant Nancy swaying across barstools as gin and beer is shared by the ensemble. Fairly quickly, the elation and promise of the first act dwindled as the situation became increasingly complicated for Oliver and company. As the story steadily escalated to its culmination, the scenes of drama and music began to blend together insistently and rather suddenly. While stand-out tracks like “My Name” and “Reviewing the Situation” showcased the divided morale of Sykes and Fagin, and Sakamoto’s emotional send-off as Nancy held the awe of the audience for a brief moment, the tale steamrolled into its ending with no sign of slowing down. As revelations concerning Oliver’s upbringing came to light, the musical offered only a few minutes to this before sprawling into another sing-and-dance number. Ultimately, while it tied up many narrative ends by its finale, the closing of the second and final act of the production left me wanting a bit more from its trimmed-down adaptation.

“Oliver!” will play at the Eloise MacDonald Playhouse at Theatre Charlotte until Sunday, Sept. 22. The Theatre Charlotte production is directed by Ron Law, with help from music director Ryan Deal, choreographer Lisa Blanton, and scenic designer Josh Webb. The book, music and lyrics by Lionel Bart are adapted from the classic Charles Dickens novel.