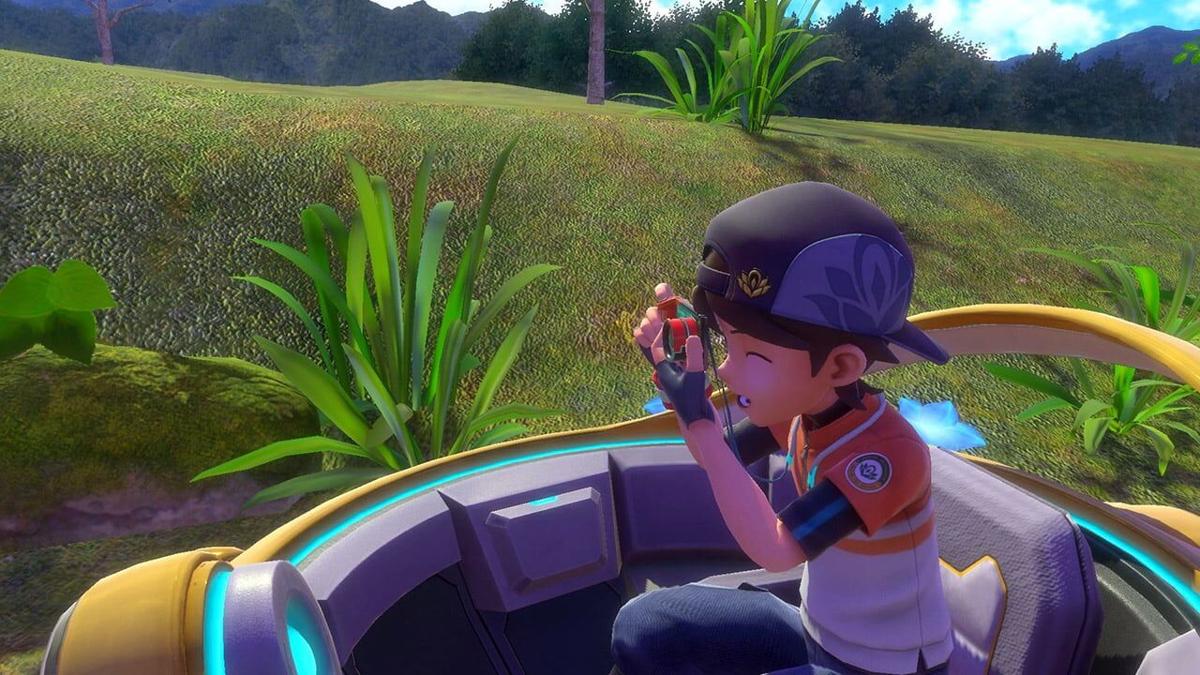 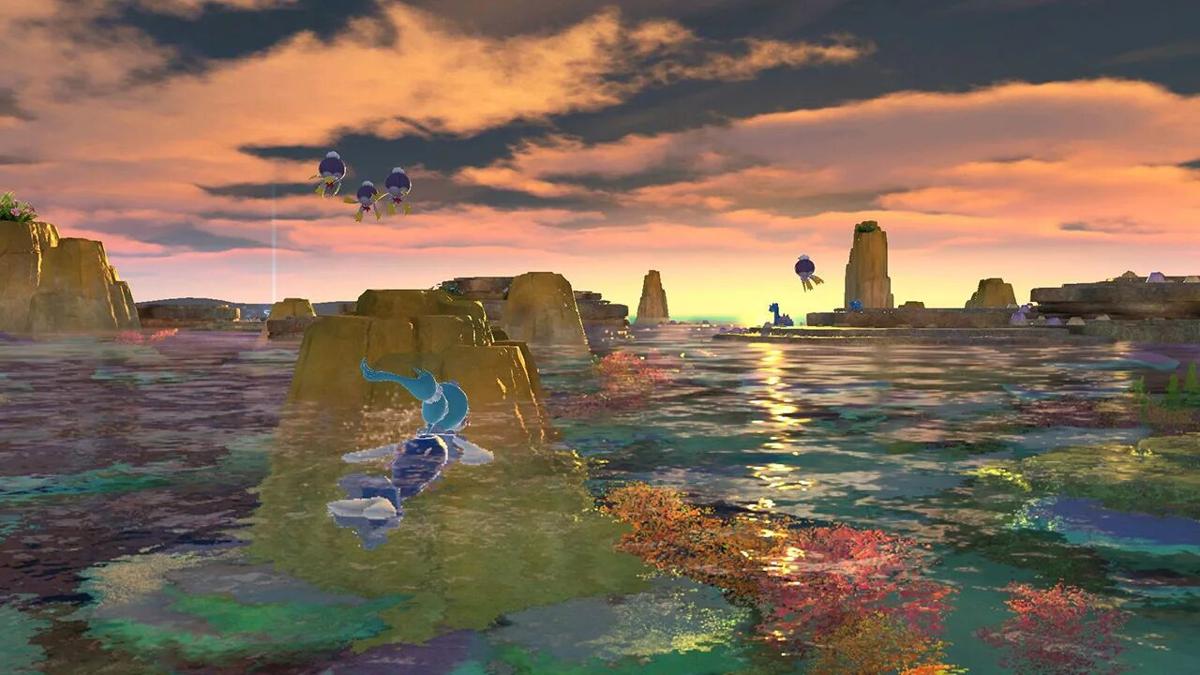 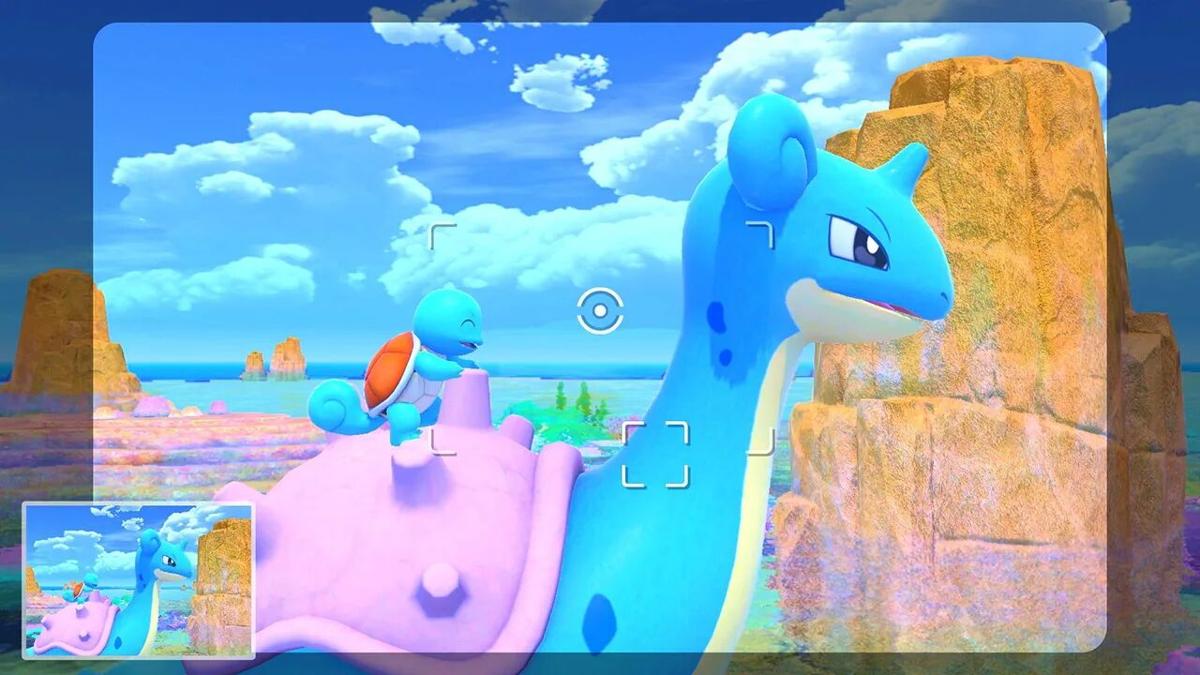 Many people know the "Pokémon" series for the core strategy RPG games that revolve around exploring and completing quests to complete your Pokédex and become a Pokémon Master. However, there have been many supplementary titles over the years, many of which attempt to expand the world and characters from the main titles into new and sometimes radically different gameplay styles. "New Pokémon Snap" is the latest side game in the illustrious "Pokémon" franchise, revisiting the concept of 1999's "Pokémon Snap" on the Nintendo 64. Some new features make the game's photography-based gameplay feel much more at home in a modern context.

"New Pokémon Snap" puts players in the role of the newest recruit to the esteemed Professor Mirror's research team. Together with the professor and his assistant, Rita, your goal is to explore the vast Lental Region with your handy-dandy camera to document the behavior of the Pokémon who live in various biomes. It's a simple but enjoyable premise that serves as a nice jumping-off point for some of the game's more unexpected storytelling elements. Longtime Pokémon superfans will love catching every little reference to past games. At the same time, new players are still presented with elements of mystery and a pleasant cast of characters to keep them trucking along.

The gameplay here is a bit like an action-oriented puzzle game. Players are guided around by a self-driving vehicle known as the "Neo-One," leaving them free to focus on one thing, taking pictures. As you travel, your goal is to take pictures of the native Pokémon and any locations of interest along the way. It's akin to something like an arcade-style "shooting gallery" game (though with a much more family-friendly premise). Every single Pokémon in the Lental Region has its dedicated page in Professor Mirror's Photodex. Getting multiple pictures of the same Pokémon behaving in different ways will help the professor further his research. Each Pokémon has a total of four behaviors to document, many of which can only be observed under certain conditions, such as at nighttime or when other Pokémon are nearby.

This is where the game's puzzle elements truly come into play, as it's up to you to determine how exactly to coax the wild Pokémon into displaying certain behaviors and giving you that all-important money shot. The game gives you various tools to work with. Ranging from a scanner that can examine the immediate area for hidden Pokémon to a supply of tasty fruit that can lure Pokémon to specific locations. This is to say nothing of the game's biggest addition, Illumina Orbs. Professor Mirror's years-long research into the Illumina Phenomenon developed these orbs, a rare occurrence in which various plants, objects and even Pokémon temporarily emit a brilliant bio-luminescent light. Using these orbs, players can cause the Illumina Phenomenon to occur on command, with the effects to make plants glow, attract rare Pokémon or make the Pokémon themselves glow to create all kinds of unique situations. Worry not; the game implies that Pokémon love Illumina Orbs. It doesn't harm them at all.

Unfortunately, while the initial concept for the gameplay and the lore surrounding it are indeed very strong, it doesn't take long for a certain sense of repetition to set in. The game makes sure to dish out new abilities, locations and challenges at a reasonable pace, ensuring players are never forced to retread old ground for too long. The problem with such a simple gameplay style is that it can all begin to blend over hours and hours of play. Thankfully, the game's visuals do their job perfectly in making the proceedings a sight to behold, if nothing else. Put quite simply, "New Pokémon Snap" is gorgeous, with some of the most densely packed environments that I have seen on Nintendo Switch. There are some occasional hiccups in the game's 60 frames-per-second performance target, but I suspect there may be a certain level of dynamic resolution scaling at play. However, these nitpicks are more than worth enduring for the level of graphical fidelity Nintendo's hybrid machine delivers here.

Special props also have to be given to the animators, as "New Pokémon Snap" goes out of its way to make the creatures that so many of us know and love truly feel like a part of a living, breathing and dynamic ecosystem. Seeing Pokémon simply existing as an integrated part of nature is immensely interesting and rewarding in a unique way from building a bond with a team of Pokémon throughout a more traditional experience like "Pokémon Sword and Shield." So far, some of my favorite moments include watching a group of Bidoof work to build a dam and capturing the exact moment that a Quagsire leaped from its perch and into a waterfall's basin.

Herein lies what is perhaps my biggest knock against "New Pokémon Snap," it likely has an incredibly limited audience. I can't help but feel that all but the most dedicated Pokémon fans will soon reach a point where the repetition of the gameplay begins to outweigh the visual payoffs they receive in return. As someone who has followed the Pokémon series thoroughly since I was just a little boy, I have a pre-established connection to all of these lovable critters. However, for the average consumer who has no idea what in the world a "Ledian" is, the game is just so repetitive that I would be shocked if they kept returning for more. Now, I was more willing to put up with the repetition for the sake of seeing the cute moments and interactions between some of my favorite Pokémon. Still, for those who have never played a "Pokémon" title before, "New Pokémon Snap," that connection and motivation are likely to be far smaller.

"New Pokémon Snap" comes across like a game made for longtime Pokémon fans first and foremost. That's not to say that it has absolutely no appeal to the broader market. Still, it is undeniable that the series' most dedicated players will get the most out of the game's cavalcade of references and interactions. The production values are incredibly high, with gorgeous visuals and lovingly animated Pokémon that truly feel brought to life, perhaps more so than any other game in the series. While the gameplay itself is sound mechanically, the level of repetition can be a bit hard to stomach. If you've ever found yourself wanting to learn more about the world of Pokémon and how Pokémon interact, then this is absolutely the game for you. But as an entry point to the series for someone not already familiar with the characters, "New Pokémon Snap" is a bit harder to recommend.