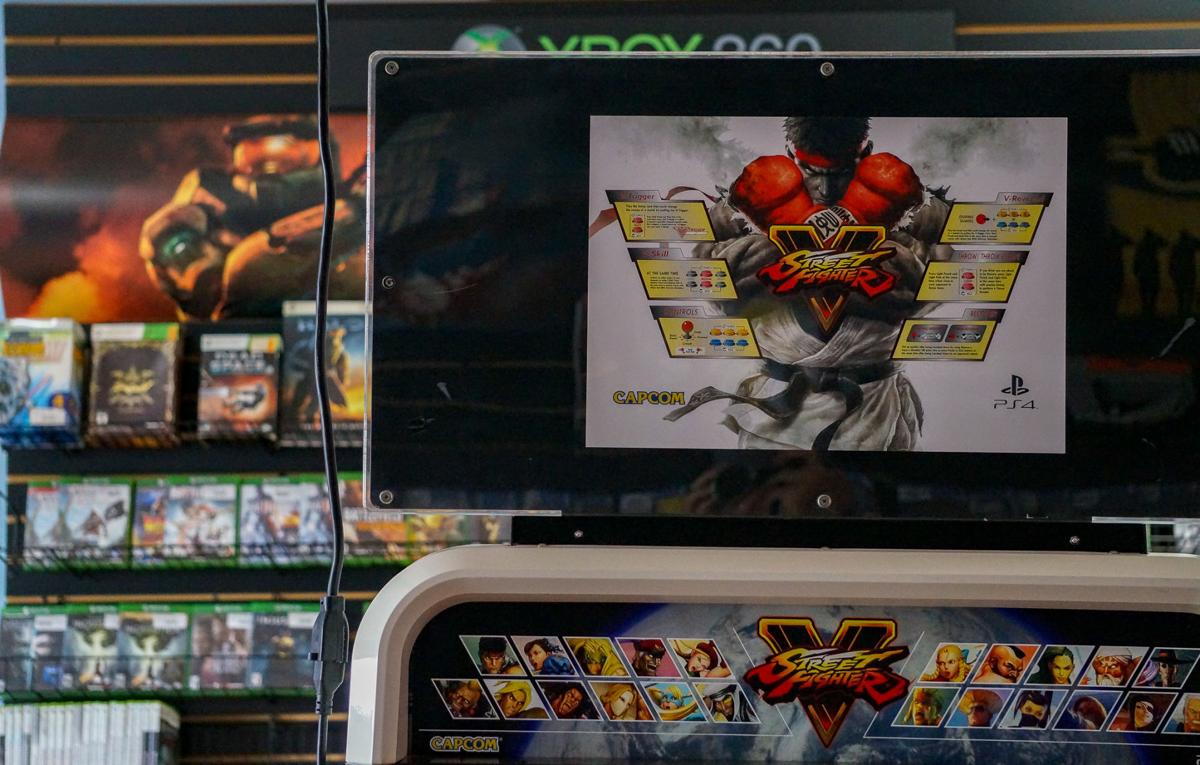 When it comes to video game stores, people tend to think of GameStop, the Wal-Mart of video game stores; the type of store that shows all of the latest games to have come out. But what about the older games, such as “Super Mario World?” Well, there’s a store here in Charlotte that sells these types of games. It’s called Save Point Video Games and it’s located on University Boulevard, which is right next to the Harris Teeter.

Save Point opened in 2012 and was started by Wilder Hamm, an avid gamer who often bought games from a store called Buy-Rite in Raleigh growing up. He was always interested in the store, and when he moved to Charlotte, he collected more games through the Internet and built his collection. “I was able to work from home by buying and selling lots of games which eventually led me to opening my own store in 2012.” he said. This was a break from what Hamm was doing prior to Save Point where he was working at dead-end jobs and jumping in-and-out of school.

One of the biggest reasons people buy video games at Save Point is nostalgia. “Many customers had these items growing up and either traded them away, sold them, lost them and so on,” Hamm said. “When they walk into my store, they immediately remember all their old games and miss them.”

Jeff Gerding, an employee and a friend of Hamm, adds that gamers on the Internet also play a role in people buying these games. “Streamers make the older games popular too by speedrunning them,” he said. ”I didn’t know anyone who can beat ‘Mario 3,’ but now I can pull up Twitch and see someone beat ‘Mario 3.’” Hamm also believes that parents who are gamers can play a role. “If their parents are interested in retro games, I think the kids will be at least turned on to it.”

The feeling of nostalgia hits right when one walks into the store as the soundtrack of games such as “Final Fantasy” blast in the background. The first notable thing is the various arcade and pinball machines. They invite visitors to sit down and play for a while, their colorful screens and flashing lights tempting a person’s eye. Above the pinball machines, there’s a large cardboard bust of Zelda (from “The Legend of Zelda”) looming over the store like a guardian angel. A large library of games from various time periods, such as the Nintendo Entertainment System (NES) and the original PlayStation, are neatly organized in alphabetical order. Some specific titles range from popular fighting games such as “Super Smash Bros.” and “Street Fighter” to the cult classic fantasy game “Fire Emblem.”

The fact that Save Point is near UNC Charlotte puts it at an advantage. Students regularly visit Save Point and Hamm finds them to be a renewable source. Noah Holman, a senior in computer science, often visits Save Point. “I was definitely impressed,” he said, recalling his first time visiting the store. “It definitely gave me that mom-and-pop-esque-used-game-store feel, which I always liked.” Gerding always interacts with customers, regardless of their level of knowledge of video games. “Most customers do ask me about what games they should get,” Gerding said. “I try to get them the game that they should want based on their description.” Customers love talking to the staff about these games, it is similar to the feeling of when you finally see someone of your own kin in a foreign country. “I love to go there whenever I get to do so,” said Holman.

With the number of games in stock, it could be very tempting for an employee to buy these games for themselves. But in this case, it isn’t. Hamm no longer collects video games and focuses more on recommending games to customers, as well as keeping up with the latest news in the gaming industry. “I get more satisfaction out of helping gamers find the stuff that they are looking for.” he says.

The most noticeable part of the store is the massive glass display that contains the most expensive and rarest games the store can offer. The cheapest cost $20 and the most expensive can go up to nearly $100. These prices seduce gamers but frighten wallets and credit cards. “Prices are determined by market value,” Hamm said. “There are a couple of useful sources for finding out what people are actually paying for a game. The sites find nice averages that give you a good starting point for each game. Condition comes into play after that and can affect price.”

One video game that Hamm almost had in possession would have covered tuition for a year, “Stadium Events” was released for the NES in 1986. According to Kotaku Magazine, a woman bought this game at a local Goodwill for $7.99 and when she attempted to sell it to Save Point, it turned out it was worth much, much more. The game was worth between $7,000 to $15,000 and was in excellent condition with both the instructions and box. Unfortunately, at the time, Hamm did not have enough money to buy it from her. Eventually, Hamm would encounter another copy of “Stadium Events” and sell it for $7,500, making it the most expensive item Save Point has ever sold.

For a local retro video game store, some would think that they may struggle, as chain stores are omnipresent across the United States, as well as the appearance of remastered and digital games. But that’s not the case, and Save Point doesn’t view those stores as competitors. They are doing fine on their own. “As far as digital [games], I think there’s always a group of people who want a physical copy,” Hamm said. “The crowd is divided on that; there are people who are okay with that and those who are not okay with that.”

Save Point Video Games is a store that manages to stand out in the sea of GameStops. It’s a local store that has its own unique way of selling video games, while also giving people a place to hang out in. This is an example of a local business that stands on their own. Hamm has no immediate plans of making a second store, which gives an extra reason for gamers to visit. “The nature of my store makes Save Point a destination location,” he said. “People will come out of their way to visit us because we are one of the few places you can locally buy our ware.”