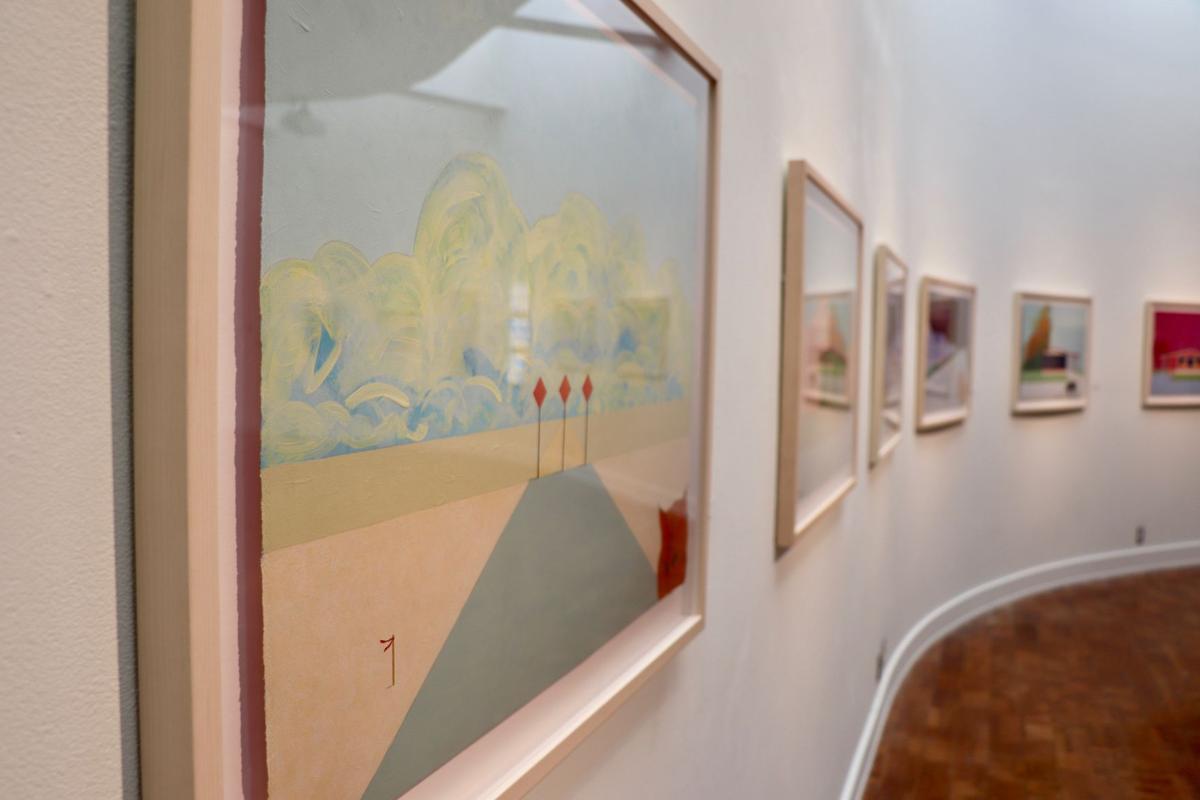 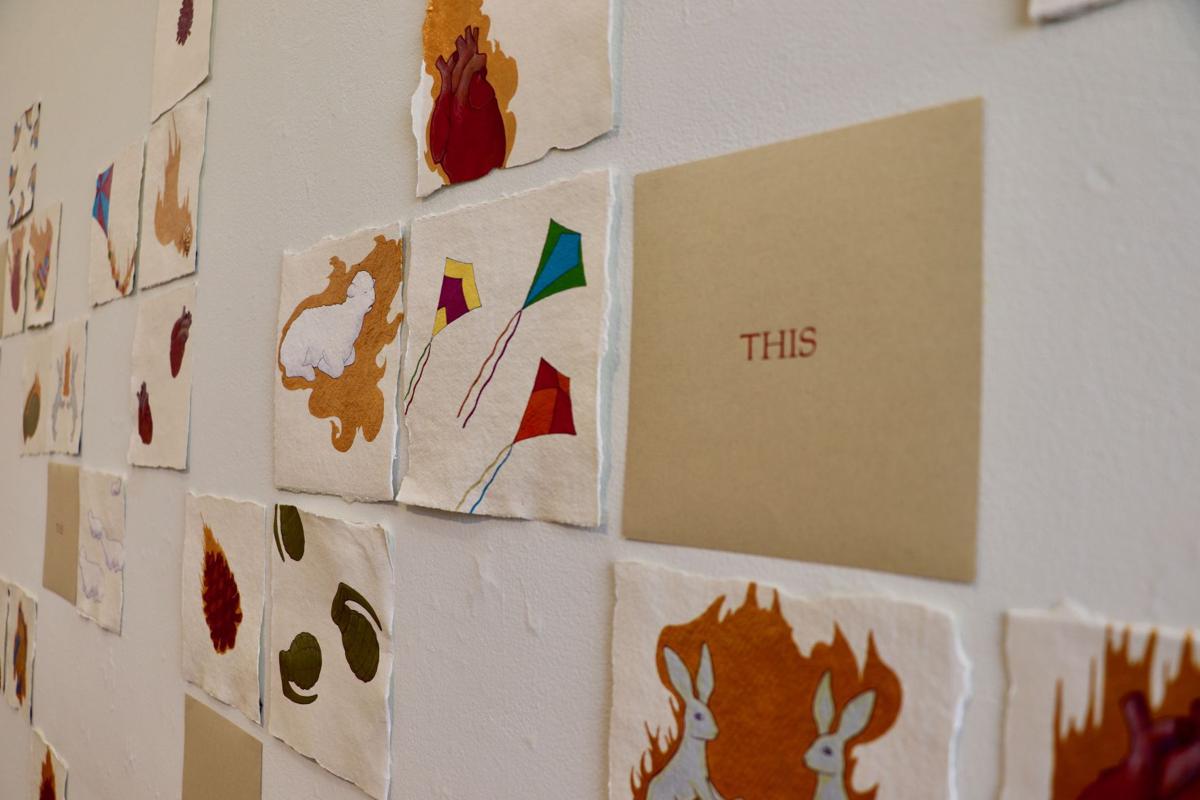 Friday, March 22nd marked the opening reception for “Domestic Disturbances: Pictures from home, 2008 – present” at UNCC’s own Storrs Gallery. “Domestic Disturbances” is the latest exhibition from Barbara Schreiber, a Charlotte-based artist. Unlike many exhibition openings on campus, the event was not solely populated with Arts and Architecture students but featured many students and staff from other disciplines at UNCC, as well as many people from the greater Charlotte community. The diverse makeup of the reception crowd was a testament to the compelling nature of Schreiber’s work and the enchanting yet mysterious narrative that defines it.

Schreiber was born in Baltimore, Maryland, and says that she has “always been making art.” She studied art in her home state at the Maryland Institute of Art, and also at the Atlanta College of Art. In 2004 she moved to Charlotte with her husband. Since then, she has become a prominent figure in the Charlotte art scene.

In Schreiber’s exhibit, a few ideas popped up repeatedly. Each painting was defined by minimal-but-distinctive color palettes, and usually featured muted colors. Many paintings used repetition (either within the painting or between a series of paintings) in interesting ways. However, the most important thing was that throughout all of the works featured, there was a specific mood that was depicted. It occurred in a variety of scenarios with slightly different focuses. These pieces depicted picturesque places, but featured some fairly disturbing elements, like roadkill. Schreiber herself said that her work focused on “pretty pictures and ugly subjects.” The world Schreiber painted is one where flaming couches reside inside otherwise perfect ranch homes, a world where a young girl might be playing with both a bomb and a teddy bear The juxtaposition of elements was absurd in the most mesmerizing way.

The centerpiece of the exhibit in Storrs Gallery was the series of paintings that centered around the image of a ranch home with an attached carport. Coupled with subdued color palettes, these paintings perfectly encapsulated suburban America. Schreiber said that these paintings were inspired by the suburban homes in Florida where her parents retired, along with the landscape of Phoenix, Arizona. Schreiber described “driving around Phoenix, and stopping to just look at the houses”.

The art exhibited initially seemed simplistic in composition, but upon examination, it was clear that each object in a given image was meticulously curated. Many of the paintings seemed cryptic, like there was some level of understanding that was just slightly out of your grasp. For Schreiber, that was kind of the point. She said that “Very generally, the exhibit is about human encroachment on nature, and nature’s fight back.” This is certainly not all that is depicted. There was an emotionality to each image that was hard to define exactly, but that was what made the exhibit so affecting. There was a beautiful balance between longing for something that once existed and trepidation for the future.

Schreiber revealed the key to unlocking part of the liminal identity of the art pieces: her husband. In 2017, Schreiber’s husband died in a bicycle accident. “Two animals,” she explained, “have become symbolic of me and my husband. If you look across these pieces and see a weeping lamb, that’s me, and the jackrabbit is my husband.” Knowing this, the sense of loss in the paintings became more impactful. The nature of these idealistic suburban homes became more tense.

“Domestic Disturbances” will be on exhibit until April 18th in Storrs Gallery on campus. Barbara Schreiber will also give a lecture on April 11th at 6:30 in the Storrs Lecture Hall.