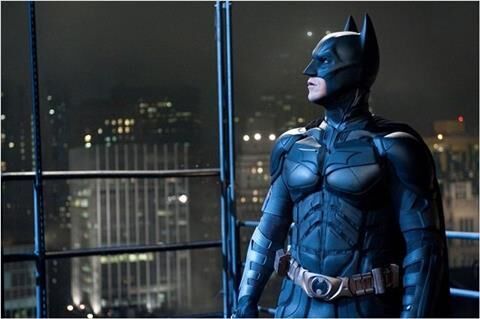 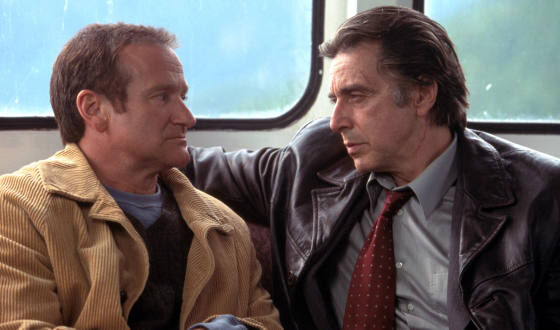 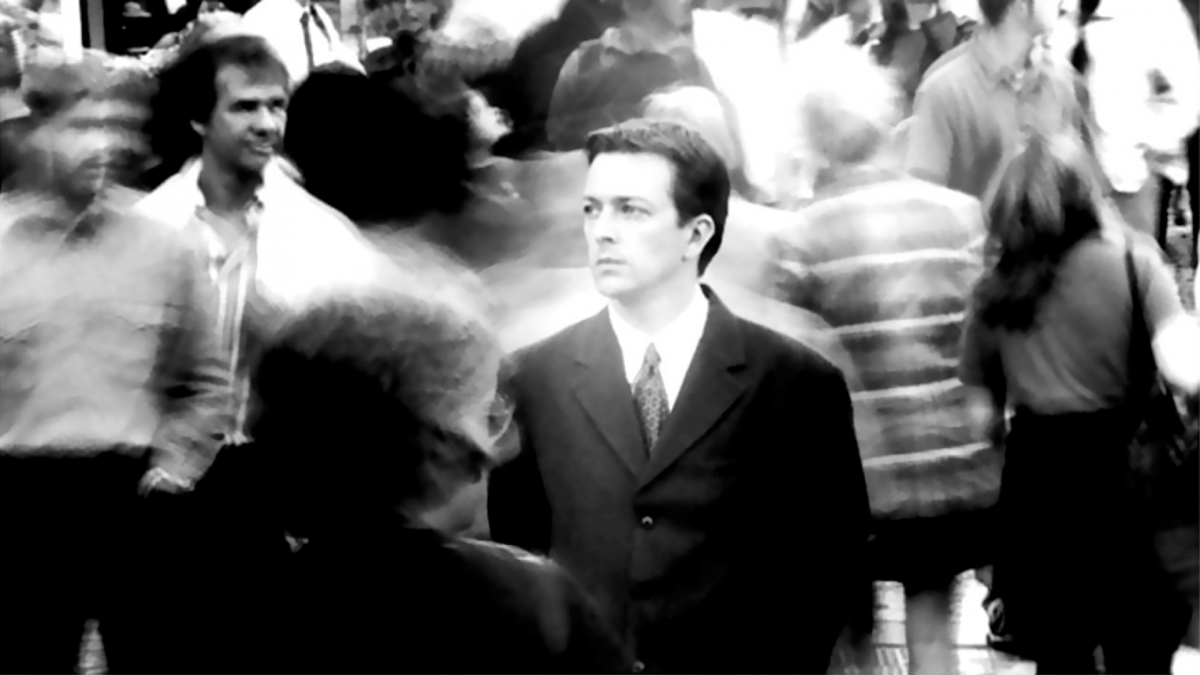 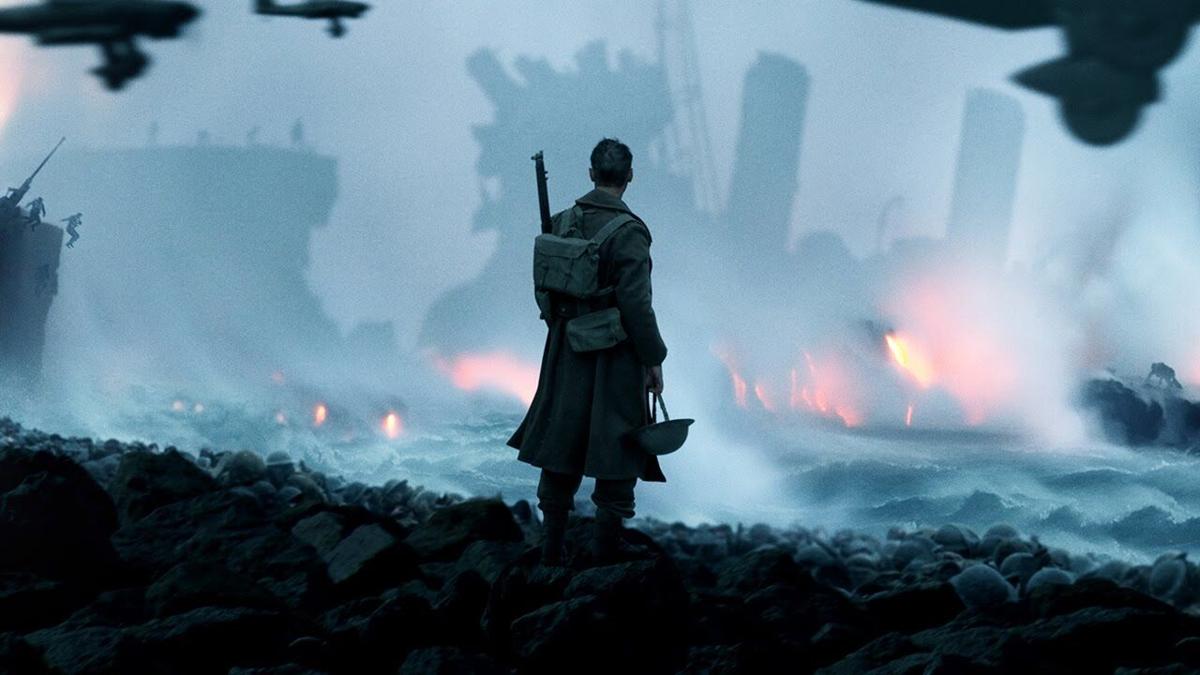 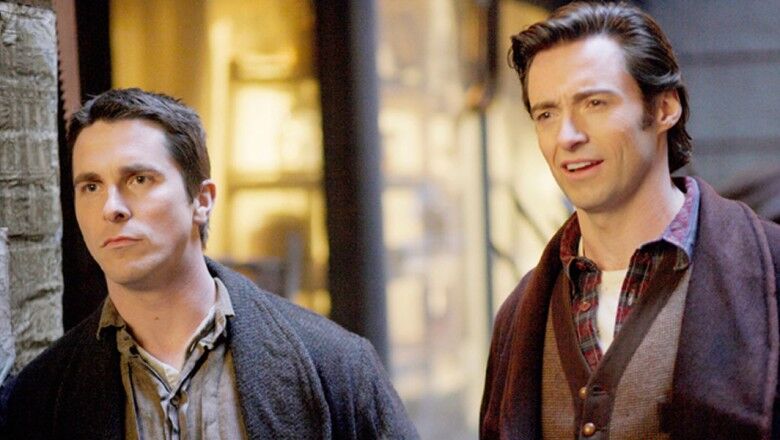 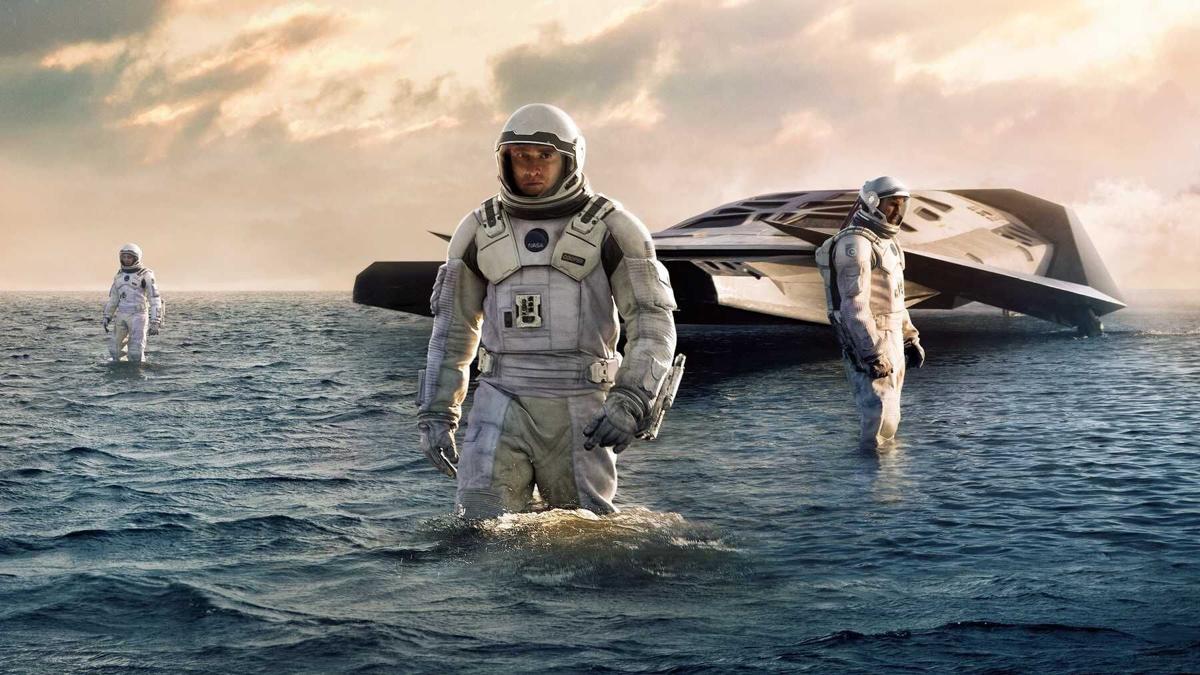 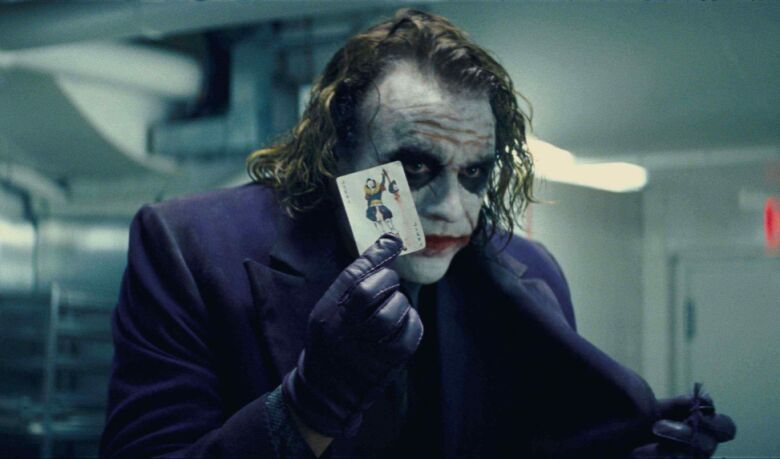 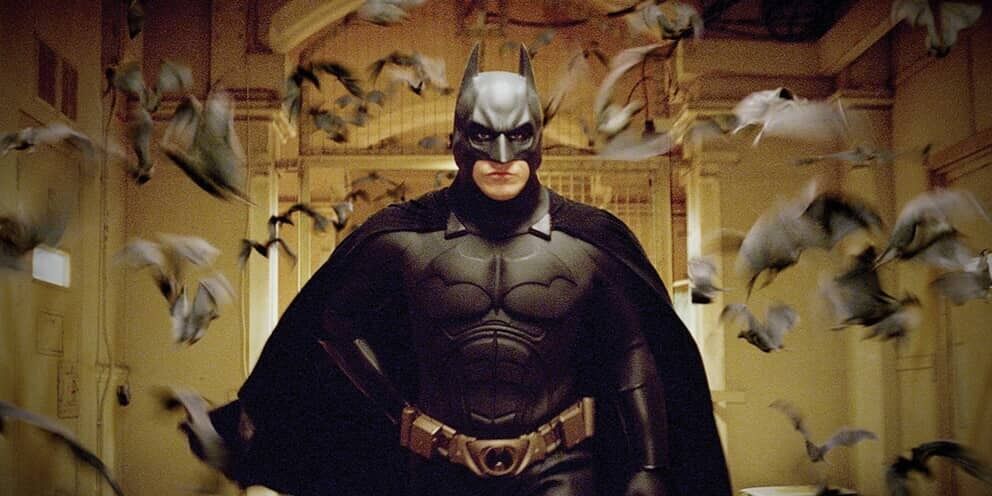 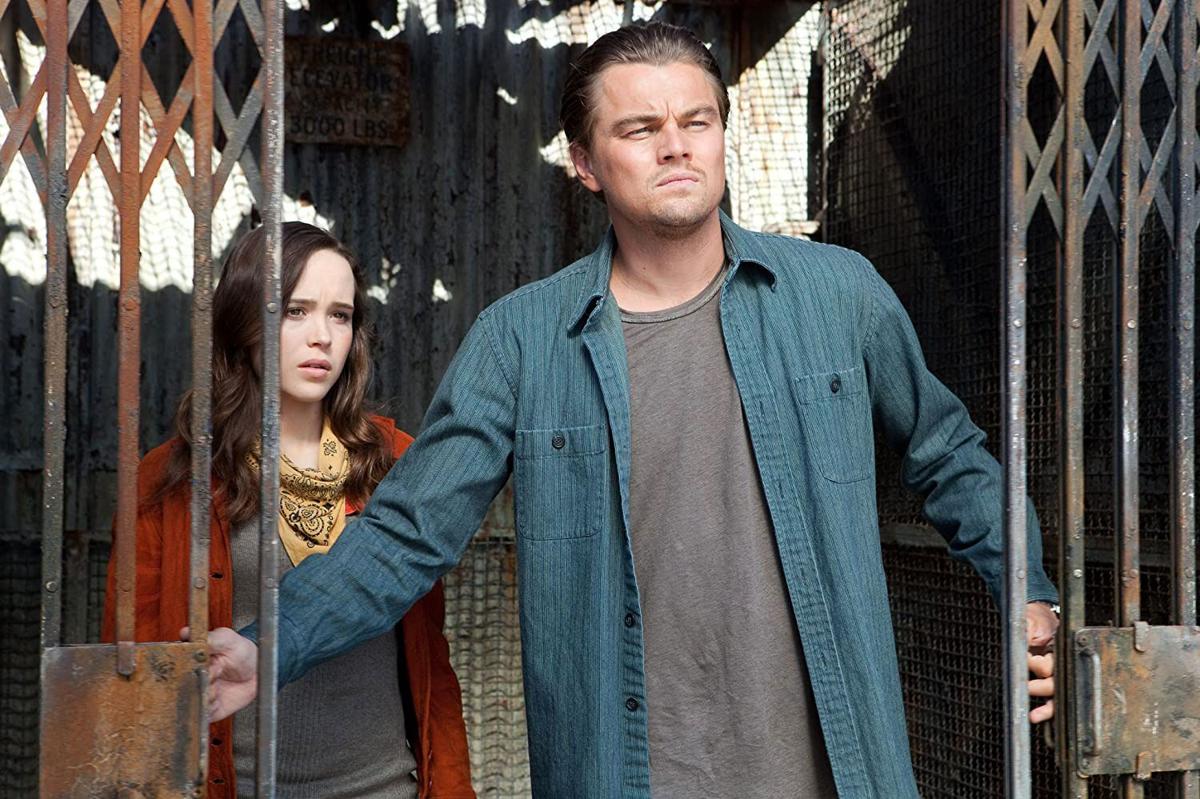 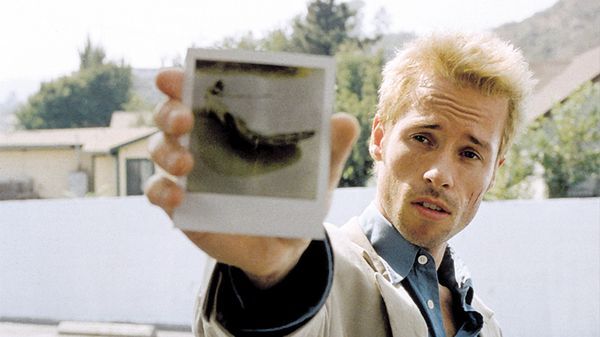 With an unknown domestic wide release of Christopher Nolan’s upcoming film “Tenet," I thought it would be fun to take a look back at his filmography and rank them. Nolan is without a doubt one of the best and most creative writer-directors working today. He is well known for extremely clever and mind-bending concepts with twists and turns throughout. His filmography is very diverse— from crime thrillers, to war films, to sci-fi epics. How do they stack up against each other? Let’s find out. Warning! Minor spoilers below.

This was the only easy spot to figure out. Not only is “The Dark Knight Rises” just fine by itself, but when comparing it to its two predecessors, it vastly pales. It is fairly boring, which the 160 minute runtime does not help. Bane is a bland villain, even though he is given some great lines, and Catwoman feels like wasted potential. The story could have been better, as I am not a fan of Bruce being away from Gotham for an extended amount of time to be able to defeat Bane. However, the action scenes are the best of The Dark Knight trilogy and Nolan’s dialogue is as strong as ever, with Alfred and Bane getting a lot of important and thought provoking lines that will stick with the viewer afterwards.

As a criminal justice major, I’m a sucker for crime investigation movies. They're exciting, mysterious and they’re a lot of fun to try to solve as you watch. Nolan somewhat hits on all of these points. While it isn’t your typical crime investigation film, there isn’t a whole lot that makes it stand out. Al Pacino is an intriguing flawed protagonist and it was cool to see Robin Williams in this type of role. “Insomnia” has the structure of a great crime thriller, but it just falls flat, which isn’t something Nolan does a lot. It is far from a bad film and it is enjoyable while watching, but it is most likely Nolan’s most forgettable film.

Nolan’s debut film shows a man that follows random people for his writing and ends up learning how to be a burglar. With just about a 70 minute runtime, there is quite a bit to like about this movie. The concept is intriguing enough and Nolan briefly touches on the human psyche and why we do certain things. As the story progresses, it also becomes much more interesting and the ending is not mind-blowing, but is far from bland. The dialogue and screenplay are also really solid and the beginnings of Nolan’s style, both writing and directing, are seen. However, with most directors debut, it has a lot of rough patches. The quality is fairly poor and the acting is pretty subpar. It is also told in a non-linear manner, which Nolan will do in future films, but it does not seem to have a strong purpose. It could have been told linearly and the viewing experience would not change. So while it has its ups and downs, it is certainly enjoyable and interesting to see the start of a fantastic career.

From a technical standpoint, “Dunkirk” is easily one of Nolan’s best. The camera work is top-notch and nearly every shot is stunningly gorgeous. The acting is solid all around, with Tom Hardy and Cillian Murphy giving standout performances, as well as exciting action scenes. However, what stops this from being a great war film is the character development. There is absolutely none whatsoever, which is the most important part of a movie to me. There are multiple times where the characters are in danger, but since we know nothing about them, there is no reason to care for them. The premise isn’t anything special, as it revolves around many British and French soldiers trying to escape after a battle, but are surrounded by German forces. It almost feels like Nolan could have done more with it. But nonetheless, the screenplay is really good with consistent action and suspense, and is visually extremely impressive.

Two rival magicians dangerously try to beat the other in classic Nolan fashion. Filled with twists, science fiction, and some typical Nolan non-linear storytelling, “The Prestige” gave us one of Nolan’s most thrilling movies. All of the acting is fantastic and this is my personal favorite Hugh Jackman performance. I love watching “Penn and Teller” and “David Blaine," so seeing magic in the late 1800s was really interesting to see. The characters are some of Nolan’s best and that ending is absolutely mind-blowing. Watching both Jackman and Christian Bale trying to be better than the other and be at the top of their field is inspiring. They’re extremely passionate about their profession and won’t settle for anything less than perfect. It is somewhat of a slow-burn, but the second half rapidly picks up.

Perhaps the most mind-bending movie of the decade. At the heart of “Interstellar” is the story about a father and his daughter. The relationship between Cooper (Matthew McConaughey) and Murph (Mackenzie Foy) is so great and well-realized and it makes it so much easier to root for Cooper to return back to Earth to be with his daughter. The entire movie has quite a depressing feel to it, as the human race is essentially dying and it is up to Cooper and the other astronauts to save them. But the way Earth is shown in this way is quite interesting and does not seem far fetched at all. The exploration parts of the movie gives us some incredible shots and sound design that is among Nolan’s best, especially the black hole scenes. The dialogue, unsurprisingly, is great and McConaughey gives a great and emotional performance. The science is really interesting, specifically the time relativity, which will hit you like a brick. With “Interstellar," Nolan gave us one of the most intriguing sci-fi films of the 2010s.

Argued as perhaps the best superhero movie of all time, “The Dark Knight” does a great job at mixing comic book elements with crime and drama. Harvey Dent is one of the best characters in the movie, as his descent into Two Face is fantastic and makes complete sense. The audience understands but does not agree with his motivations, and that is hard for a movie to do with a villain. Heath Ledger gave us arguably the greatest villain performance of all time and will forever be the best Joker performance. Watching all of the Joker’s plans reveal was so interesting and the boat scene is a great nail biter. Christian Bale of course is still great as Batman and Bruce Wayne and continued both in a great way. It is without a doubt one of the best superhero movies of all time.

Seeing Batman as we have never seen him before, the first segment of The Dark Knight trilogy shows us a gritty and grounded Batman. It is a perfect balance of a cocky and bratty Bruce Wayne and a man who just wants the best for his city. That is the best part of “Batman Begins.” Bruce Wayne’s character arc is the best that Nolan has written. He is an angry and scared young man but is able to tackle his fears and anger and it all feels completely natural. The dialogue is amazing and poetic, Hans Zimmer gives a terrific score and the perfect set up with the League of Shadows. It is hard to pick Christian Bale’s best performance, but this is definitely one of his best, as all of the acting is tremendous. In terms of origin stories, this is among the best. It was the perfect way to reintroduce the character after 1997’s “Batman & Robin” and to kickstart one of the best trilogies of the 21st century.

To put it simply, “Inception” is a heist movie. However, Nolan does not make just simple movies. Being able to enter and steal through someone’s dreams is such a great concept that Nolan brought to the table. Leonardo DiCaprio is an expert in infiltrating someone’s mind through their dreams in an attempt to steal an idea— my favorite part of the movie is learning about how they do this. It is both simple and intricate, as it might take a couple of watches for some to really grasp each step of the process. The visuals on display are jaw-dropping, with Nolan using a lot of slow-motion and literal world bending. It is second only to “Dunkirk” from a technical standpoint in Nolan’s filmography. DiCaprio’s character is my favorite Nolan and DiCaprio character, as he brings so much depth to Cobb. There is so much regret and guilt in the character that it’s almost impossible to not root for him. Learning more about him and his motivations throughout gives some really great moments. The acting all around is fantastic and the writing is as good as ever. I definitely prefer learning more about the world and infiltrations than actually seeing it, but the infiltrations give for some great action scenes and thrilling moments.

To be able to pull off telling a movie backward and still have so many surprising and shocking moments is nothing short of amazing and Nolan does it. Just because “Memento” begins with the end, does not mean the viewer knows the plot. There are many twists and turns throughout that allow you to learn more about the characters, other than just the first scene you see. Nolan does a great job in all of his movies at world-building and the same goes here. Learning about Guy Pearce’s character's short term memory loss is so interesting, especially when he talks about Sammy Jankis. Even after the ending, it is almost impossible to not continue to think about it because it leaves quite a bit of ambiguity, which is perfect. Although it is not as complex as some of Nolan’s other films, it doesn’t need to be. It does exactly what every crime mystery should and maybe even more.