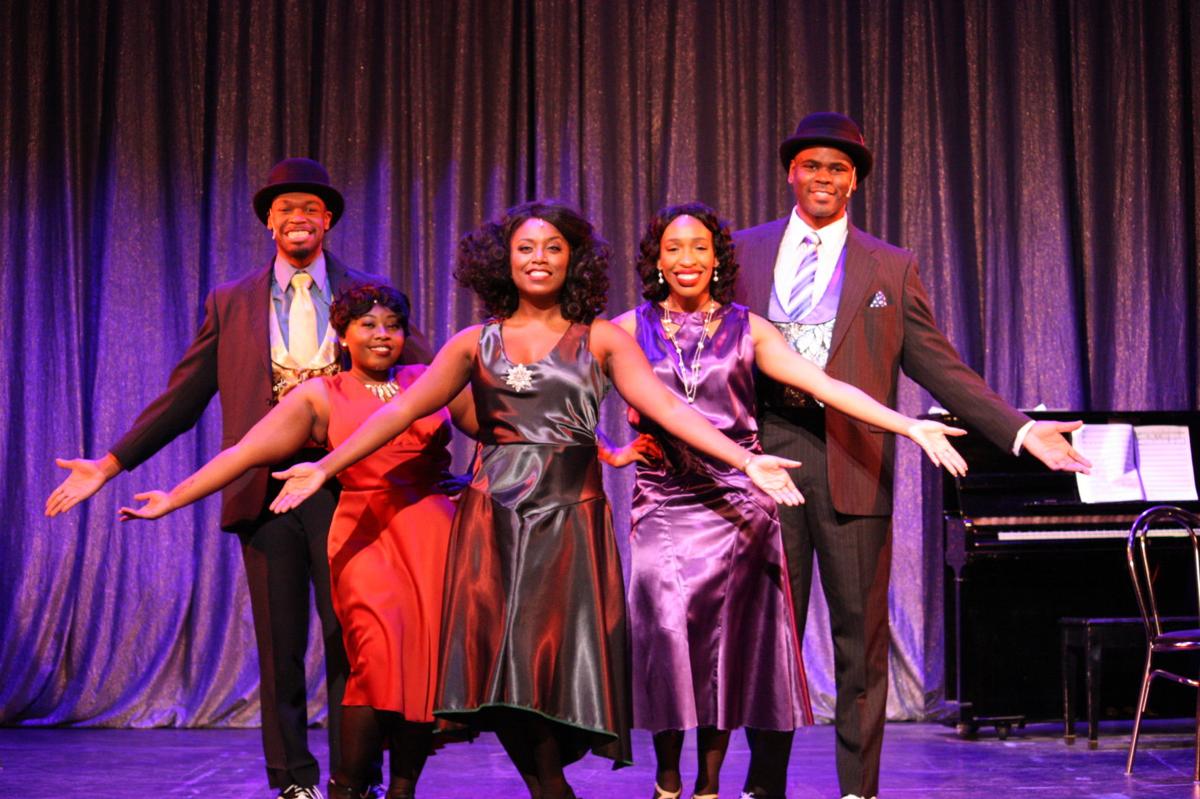 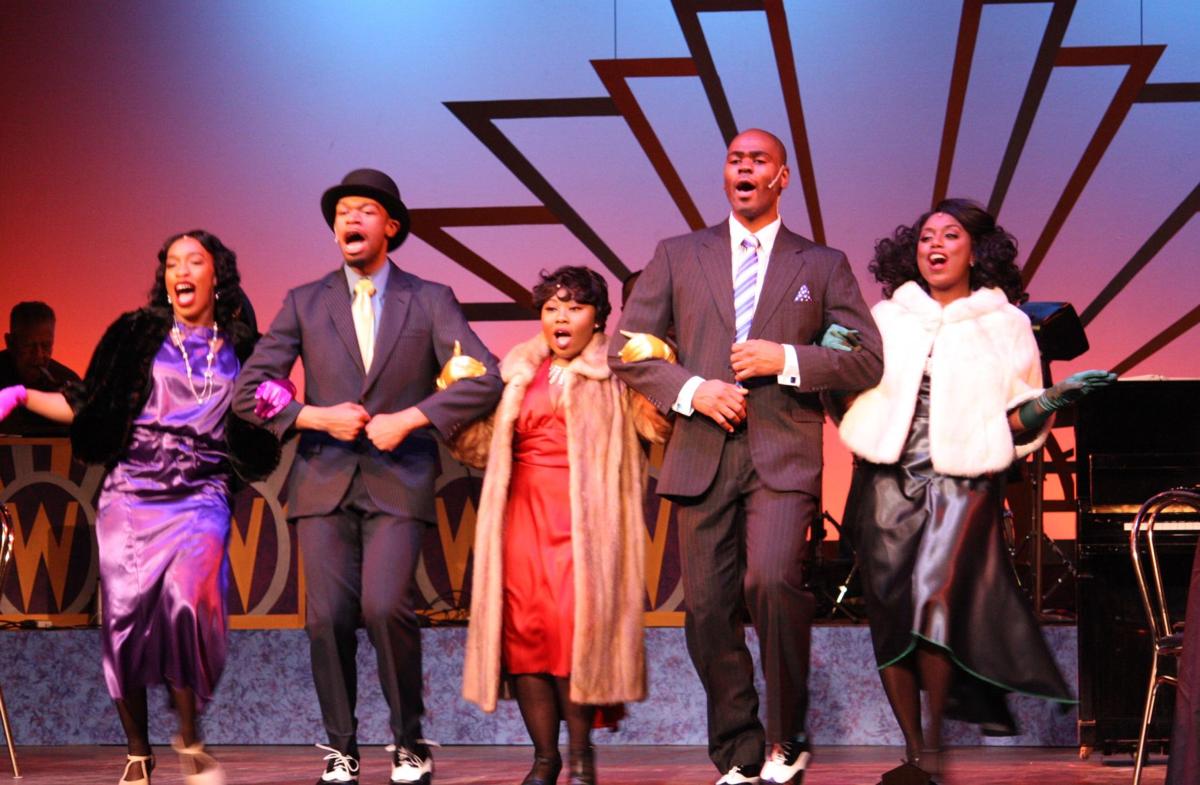 The legacy of jazz pianist Thomas Wright “Fats” Waller arrives at the Eloise MacDonald Playhouse in Charlotte this month. Embarking opening weekend into the less-traveled sector where Theatre Charlotte holds the show, you could hear the elegant notes from the production’s pianist, Neal Davenport, before you even stepped through the door. Despite arriving a bit late on the night of Feb. 2, the excitement of the cast and the band onstage quickly drew me to my seat. Midsong, two members from the total of five in the cast belt out a Fats Waller classic “Honeysuckle Rose.” As Alabama native Marvin King wooed a sensational Keston Steele, the electricity on the stage reverberated effortlessly between the two. Their magnetic vibratos softened only by Davenport’s keystrokes, “Ain’t Misbehavin’” kicked off.

Sitting in the seat just five or six rows from the stage that night, I remained perplexed by how I had never stumbled into the home of Theatre Charlotte before now. Looking like some relic from a bygone era of the deep South, the Eloise MacDonald Playhouse holds a rich history in the Charlotte area. Maturing from a grassroots effort to mount amateur theatricals across the country during and after World War I, the organization once known as The Little Theatre of Charlotte has presented theater productions for decades. Today a renowned volunteer-led company dedicated to creating theater opportunities for those in the Charlotte region, the legacy of the small theater lies in the people at the heart of it.

While part of me was drawn to the theater’s production of Richard Maltby Jr.’s “Ain’t Misbehavin’” given its jazz-focused premise and alluring musical repertoire, I couldn’t help but be fascinated in the small but profound presence of the historical theater on Queens Road. In a rather appropriate first venture out to the theater, I was treated to an equally as significant production, one charged with a similar grassroots appeal that flowed through the walls of Theatre Charlotte. It was here where two parallel histories converged, to marry results.

The story of revolutionary jazz pianist Fats Waller was told through the song and dance of the five performers, together representing some of the most influential black musicians that defined the Harlem Renaissance of the 1920s and 1930s. With the cast including actors spanning from theater veterans like King and Noyne Obichere (her first time at Theatre Charlotte) to other talents like Danielle Burke and Tyler Smith, each of the performers held a defining characteristic that lent something distinct and fun to their performances. As the two men waltzed and wooed across the stage, baritone King playing the restrained, debonair gentleman to Smith’s rowdy bachelor, the two dusted off their dancing shoes in equal measure. As for the women of the ensemble, while the trio was at first quite difficult to distinguish apart, their unique voices came shortly as the show continued. While Steele was fairly underused, settling for a seat piano-side rather than center stage, she was easily the stand-out as far as vocals went.

Following the flowing duet of “Honeysuckle Rose,” the night was filled with rich ballads, mischievous croons, and a handful of infectiously emotional anthems. As Smith and King wallowed through comedic gems like “The Viper’s Drag” and “Your Feet’s Too Big,” Burke and Steele delivered a titillating duet with “Find Out What They Like.” As the first act primarily utilized Davenport’s masterful strokes as he culled numerous themes from Waller, it was in the second act where the show truly picked up. As the solemn and sensual tracks of “Mean to Me” and “Two Sleepy People” balanced alongside crowd-pleasers like Smith and King’s “Fat and Greasy,” the entrance of the seven-piece band led by trombonist Tyrone Jefferson pivoted the show towards an enjoyable crescendo. It was here where the production’s unexpected highlight was found. As the band died down, fading not too far behind the dizzying nightclub scene in a shade of glum, blue downcast, the cast perched themselves at the edge of the stage to belt out a harmonious rendition of “Black and Blue.”

In a surprising hour and a half of joyful foot-tappers and startling melodies, Theatre Charlotte’s production of “Ain’t Misbehavin’” made for a passionate and lively portrait of Fats Waller’s legacy. With director Corey Mitchell balancing the spectacular with the smooth and soft, he managed to string together a spirited cast eager to send up the many hits of the Tony Award-winning production. As the band and set design brought to the stage a traditional peek inside the vibrant nightclubs of Harlem in the 1920s, the performers evoked a soulful humanity in the rocketing, sometimes somber, themes of an era full of merriment, music and plenty of misbehavin’.

Theatre Charlotte’s production of “Ain’t Misbehavin’: The Fats Waller Musical Show” will be housed at the Eloise MacDonald Playhouse from Feb. 1 – 17. The show is directed by Charlotte’s own Corey Mitchell, with choreography by Ashlyn Sumner. Lighting and scene design is done by Chris Timmons and Tim Parati.