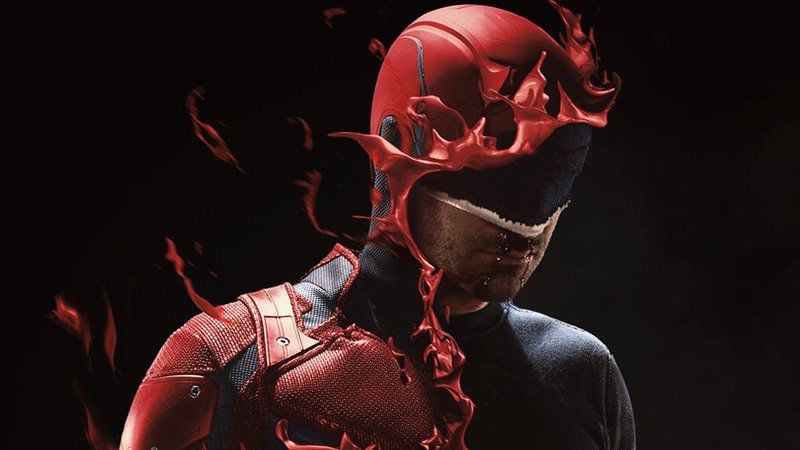 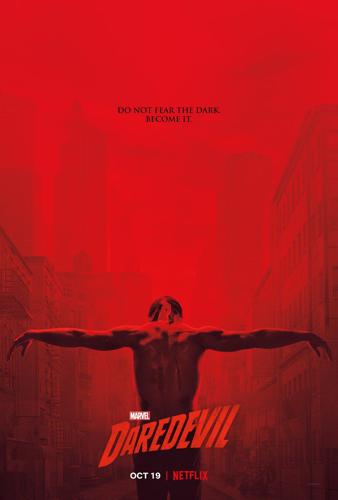 Minor spoilers from “Marvel’s Daredevil” and “Marvel’s The Defenders” will be discussed.

Even with the likes of “Iron Fist” and “Luke Cage” swiftly biting the dust on the small screen as the streaming giant of Netflix begins to clean house of its more maligned Marvel series, the pioneering superhero series that started it all in “Marvel’s Daredevil” returned this month to retain the show’s status as one among the top-tier of superhero television. Not only strikingly beautiful in its direction but breathtaking as it continued to bring classic comic-book lore to the small screen, the complex themes and all-too-real aesthetic of “Daredevil” pitched audiences its best season yet this October. As the shattered morale of its leading lawyer-turned-vigilante swayed towards increasingly darker measures, the essential thrills at the heart of the series returned to top form.

Following the conclusion of “Marvel’s The Defenders,” Matt Murdock (Charlie Cox), a.k.a. Daredevil, is presumed dead after a building explosion in New York leaves him and the assassin Elektra (Élodie Yung) missing. Finding himself among the walls of the orphanage he grew up in, Murdock reconnects with old friend, Sister Maggie (Joanne Whalley), as he slowly recovers from his injuries. As the shadow of vicious crime boss Wilson Fisk (Vincent D’Onofrio) looms behind his back, Murdock yearns to give in to his dark desire for vengeance instead of returning to his old life in Hell’s Kitchen. With Fisk on the cusp of gaining back his freedom from incarceration, waging his influence to manipulate the justice system that holds the city together, Murdock must traverse the thin line between good and evil once more in order to not only bring down Fisk, but keep the people he cares for the most alive.

With this year delivering a slew of sophomore debuts from the other Marvel-Netflix dramas, each varying in quality and reception, the one series I didn’t expect to return this year was “Marvel’s Daredevil.” After a somewhat-lukewarm second season arrived in 2016, which spun a far more mystical narrative hallmarked by the stellar debut of Jon Bernthal’s Frank Castle, the character of Matt Murdock/Daredevil next found himself in the 2017 miniseries “The Defenders.” Even as the event series sought to tie up the loose ends of his second season, Daredevil’s story was far from over. With the burdens of a messier sophomore season in the wind, the third season of the series returned to the roots of the show, accessing once more the gritty, complex moral battle that made its first season so damn good.

The third season of “Daredevil” managed to situate itself in an intriguing spot as it rolled in just as 2018 seemed to be nearing its end. As the second season of the series pitched lawyer-vigilante Matt Murdock into a web of deceit and deadly ninjas, crossing paths with old flame Elektra Natchios along the way, “The Defenders” continued to toss a plethora of nameless goons and moral dilemmas at the complicated hero. Nothing, however, could match the vital trials Murdock was destined to face in his third solo outing this year. Essentially “killing” its titular hero by dropping a building on him and leaving him for dead, season three picked up as the crime-ridden realm of Hell’s Kitchen sought to move on from the hero that once bared its name. As the looming threat of crime bosses and corrupt organizations remained, however, the Devil of Hell’s Kitchen could not sit idly by and watch his city crumble.

That is where we find our dear leading hero Matt Murdock (Charlie Cox). Perhaps more broken than we’ve ever seen him before, the man who once served New York City as a counselor for law and justice has molded into a misguided soul on the cusp of giving into his darkest, most violent desires. As season three brought us back into the religious side of Murdock’s persona, the lawyer blinded in his childhood finding himself in the same Catholic orphanage he was raised in, we quickly saw the ideals that built up the show’s first season float to the surface again. While the question he has always struggled with remained (“Why would God blind me if he wanted me to see?”), the moral code Murdock had created as the vigilante Daredevil was also tested once more. Vowing not to kill those who can be redeemed, not to push the limits of law and order beyond what cannot be forgiven, Murdock’s muddled faith and cracked morality became even more complex this season.

While last season of “Daredevil” saw the rise of ex-Marine Frank Castle (Jon Bernthal) as one of the central adversaries to Matt Murdock’s mission to protect Hell’s Kitchen, the undeniably massive presence of Vincent D’Onofrio’s Wilson Fisk (aka Kingpin) could not possibly be left out of the show’s third season. As Charlie Cox delivered yet another startlingly nuanced performance as a man beaten and broken both physically and psychologically, the return of D’Onofrio’s volatile crime boss was easily one of the top draws of the season. Equally as furious and restrained as the show’s hero, the larger-than-life Fisk also entered the third season in a unique position. As Cox’s hero sought redemption and vengeance, the complex antagonist of Fisk waged war on the city the only way he could from the confines of a prison cell: painting his image as the savior the city deserves and tossing Daredevil’s name into the muck of a divided and increasingly corrupted playing field. As he coerced everyone to bend to his will, from the FBI’s best to the vile criminals who work under him, allowing him to slip through the cracks of law and order, Fisk matured into an ever bigger power player within the series.

With the morale of a vengeance-fueled Murdock challenging that of a seemingly pure-hearted but ever-conniving Fisk like they have since season one, the supporting characters of the season filled the foreground just as profoundly as the show’s two leading men. As fantastic performances secreted from Murdock’s allies like Deborah Ann Woll’s crusading reporter Karen Page and Elden Henson’s passionate attorney Foggy Nelson, the newcomers to the series showcased a variety of potential. From the reserved dignity of Joanne Whalley’s Sister Maggie (surely a standout this season) to Jay Ali’s naive self-righteousness as FBI agent Ray Nadeem, the new faces that occupied Hell’s Kitchen brought yet another level of humanity to the series that worked to combat the shifting pathology of its leading crusader. Perhaps at the hero’s throat the most this season was Wilson Bethel’s iconic foe in Agent Ben Poindexter, whose sharp-shooting talents and psychopathic tendencies set their sights on bringing down the titular Man Without Fear.

Overall, as “Marvel’s Daredevil” weighed even heavier on the faith-driven complexities of its hero, the theological crisis of Matt Murdock became even more engrossing in season three. Balancing its profound themes of righteousness, identity and the line between evil and good with a motley display of comic-book thrills, the third outing of “Daredevil” only elevated the brilliance of one of television’s greatest superhero series. Even as the moral code of the blind vigilante continually wavers, the classical tale of a hero driven to his most violent edge as the faith to which he was once devoted fails him was right at home as the trials of Daredevil evolved in this latest chapter.

Season Three of “Marvel’s Daredevil” is available to stream on Netflix now.