Skip to main content
You are the owner of this article.
Edit Article Add New Article
You have permission to edit this article.
Edit
Home
News
Sports
Arts & Culture
Opinion
Multimedia
In Print
Español
Share This
1 of 3 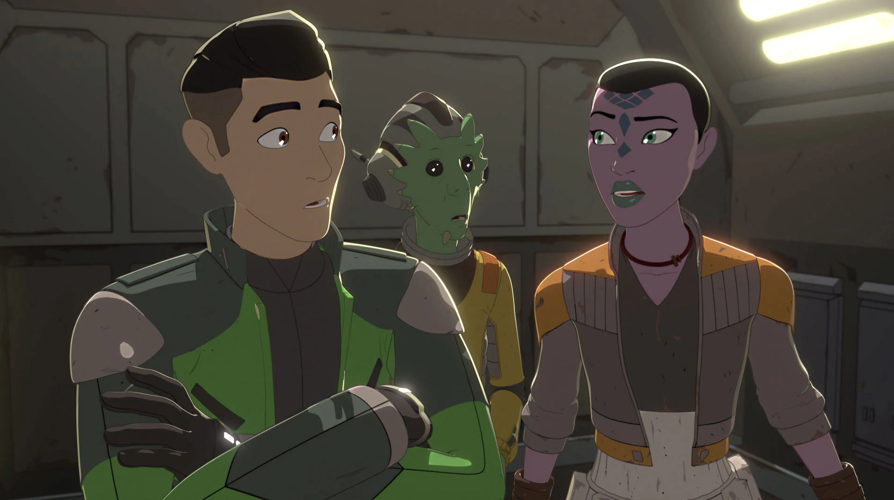 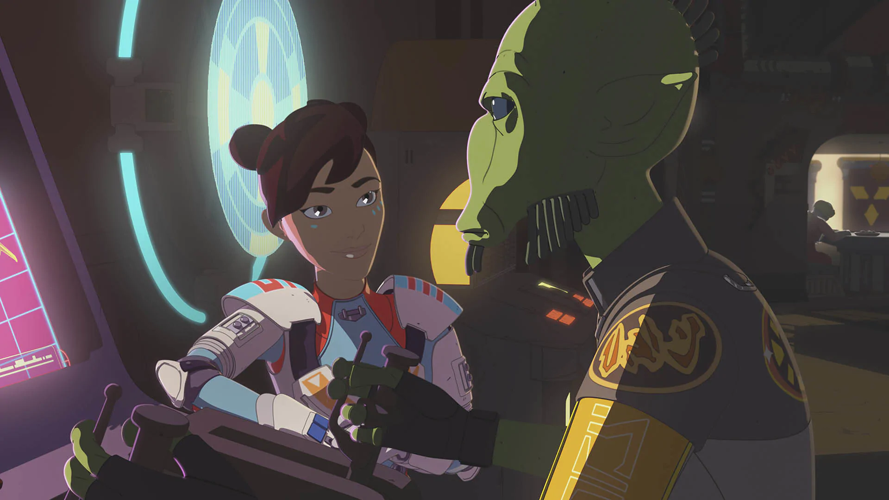 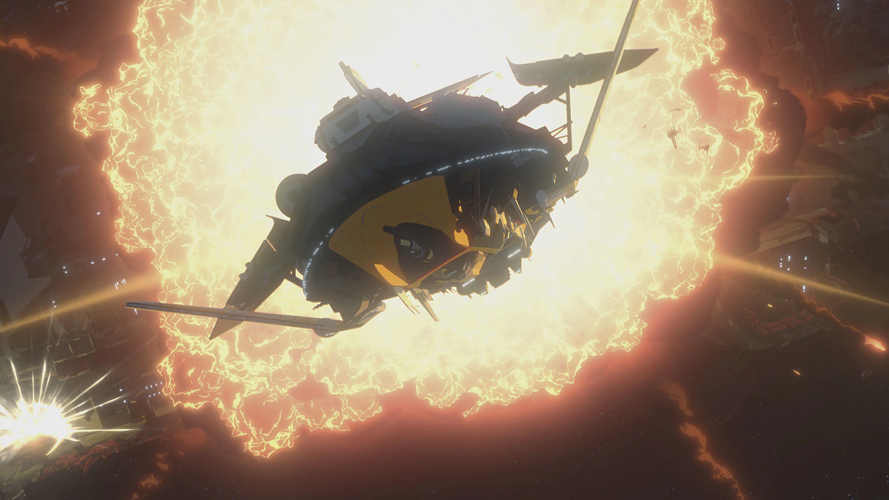 Warning: Spoilers for all of “Star Wars Resistance” follow.

Still on the run, Kaz and the Colossus continue their search for the Resistance with Tam and her First Order friends following close behind. These two episodes give some cool glimpses into where we are in the film side of things and add more screentime for under-explored characters.

The Colossus finally reaches their destination of D’Qar, only to find that the rebel base there has been completely eradicated. This gives a good sense of where we are in the timeline now, as the destruction of D’Qar occurs at the beginning of “The Last Jedi,” putting us somewhere at least in that film’s timeframe. Thankfully for the Colossus, the remains of the First Order’s Dreadnought serve as a good place to salvage resources. Kaz is able to convince the Kragan and his pirate crew for help, but at the cost for a favor from Doza, something I am sure we will see the fruits of later this season.

Meanwhile, in the First Order, Tam decides to listen to the secret message she received from Kaz on her comlink. Jace Rucklin -- who seems to have also turned sides -- overhears this and forces Tam to report it to their higher-ups. I have to say, Jace may just be in the running for the-biggest-prick-in-“Star-Wars” award in my book. Most antagonists in “Star Wars” have some redeeming qualities to get you interested in their plans, but this guy is just kind of a douche. Anyways, Tam agrees and reports it to Agent Tierny and Commander Pyre. Both of the FO top-brass then make use of the information to track down the Colossus’ location.

Overall I enjoyed this episode and enjoyed seeing more of Kragan’s pirate crew, including Synara. Maybe it’s just the accent, but I find Synara to be one of the most engaging and interesting characters in this show. Synara raises a good point to Kaz as to why he would trust Tam to not give up her friends based on the secret message. Kaz reasons that he trusted Synara when they first met, which isn’t really a good point considering she was responsible for exposing the Colossus to the pirates in season one.

Of the two episodes, “Live Fire” is definitely the one that pushes the plot forward the most. On the Colossus side of things, Kaz trains with the Aces to be better prepared for the FO next time, whereas the FO is readying their own pilots with Tam and Jace. Both compete in training exercises with varying results.

One thing I liked about the episode is getting to explore more of the Aces themselves. Griff, a former Imperial pilot, is one of the most interesting of the group to me considering he is fighting against the FO. We don’t learn much as to why he does but I hope we get more on him further in the season. We also get to see Kaz actually excel as a pilot in this episode and not be simply a clumsy spy. Since he was trained in the New Republic, he helps Yeager train the Aces to perform more like real combat pilots rather than racers. This earns Kaz a spot in the Aces, showing just how far he has come since the series’ premiere last year.

One interesting thing involving the Aces is pilot Bo Keevil, who is voiced by the man behind -- or at least a part of -- pretty much all of “Star Wars’” television programming starting with “The Clone Wars.” Filoni’s favorite character is Jedi Master Plo Koon from the prequel-era, who is the same species as Aces Pilot Bo Keevil, the Kel Dor, who are most recognizable for the masks the species must wear which gives their voices a distinct sound. Not really something hugely important to the plot but nevertheless cool for fans, and I always must call out Filoni’s sneaky influences when I can.

The main takeaway on the Colossus’ side of things though this episode is Hype Fazon’s willingness to work as a proper wingman. Spending most of his career as a solo racer, he is now forced to work in a real squadron with the Aces, which he is at first reluctant to do. With some convincing from Torra though, Hype agrees to be a team player.

With the FO, Tam and Jace conduct a training exercise by Lieutenant Galek -- a new character in the series -- to determine who will be their squadron’s leader. Tam is pretty much set to win it until she has to save Jace who got shot trying to win. Galek sees this as a sign of weakness and avoidance of the mission, so she does into award squadron leader to Tam. According to her, the FO let the weak die in order to be the strongest they can be (excellent logic).

The animation in these two episodes was solid. The wreckage of the aftermath from the battle at D’Qar was a cool environment to play in and led to some cool shots in the space combat. “Live Fire” though has an even better one on some kind of ice planet/moon. It is a fun environment to watch Kaz’s training exercise and introduces us to a new gigantic creature called the Jakoosk.

I found these two episodes to be a solid continuation into season two, but I would like to get into some more on-planet locations like we were teased with on the snow planet. I also wouldn’t mind seeing what is up with the rest of the Resistance and finding out where we are exactly in the timeline, though I feel like we won’t be seeing that for a little while longer. These were good episodes though and gave us a great look at Kaz being good at something and seeing Tam further her descent into the FO. I am looking forward to what comes next for the characters in the next episode (excluding Jace of course). You can catch the next episode for yourself when it premieres next Sunday at 6 p.m. on Disney XD.