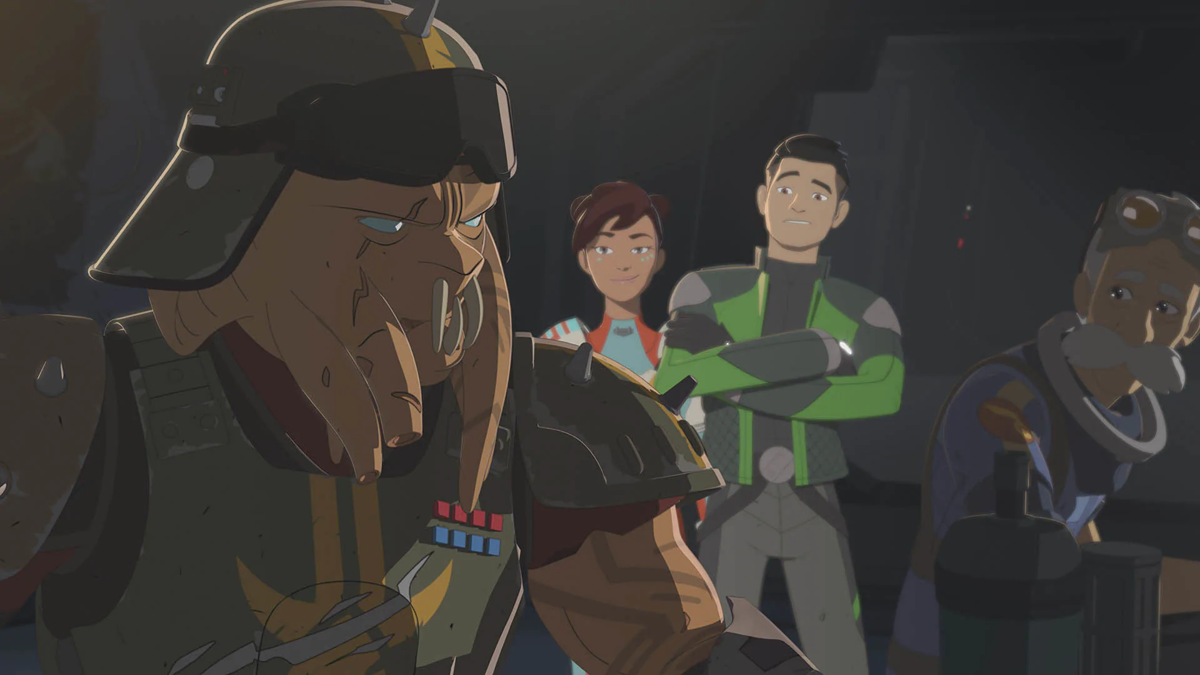 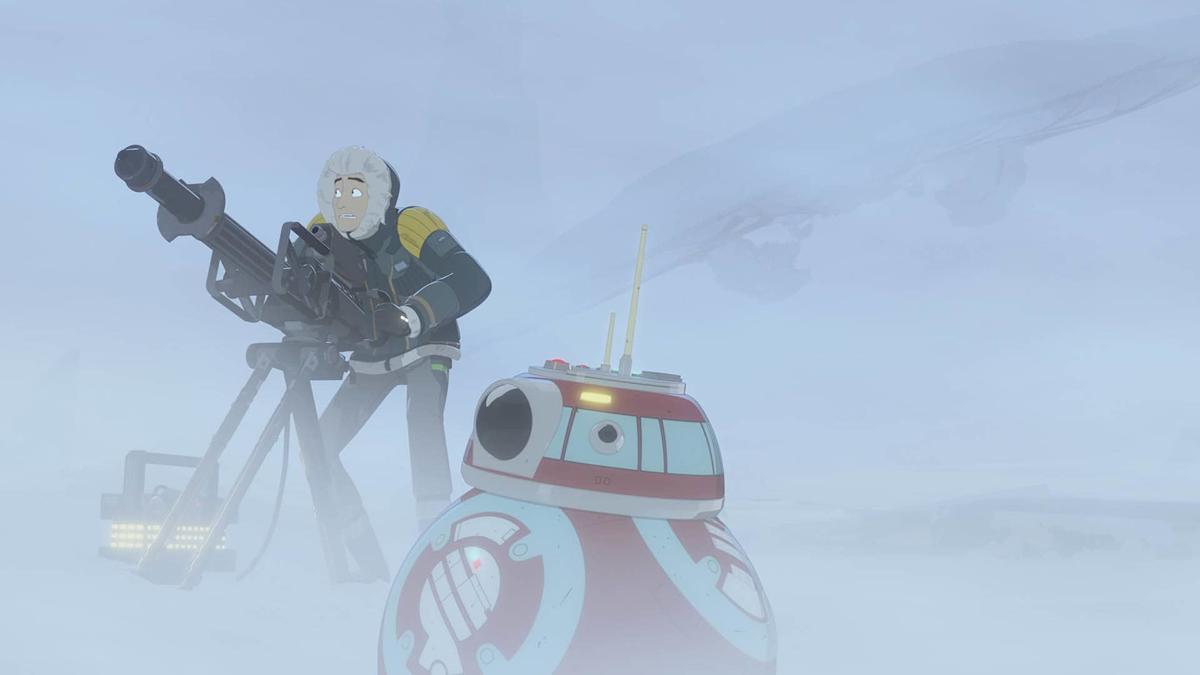 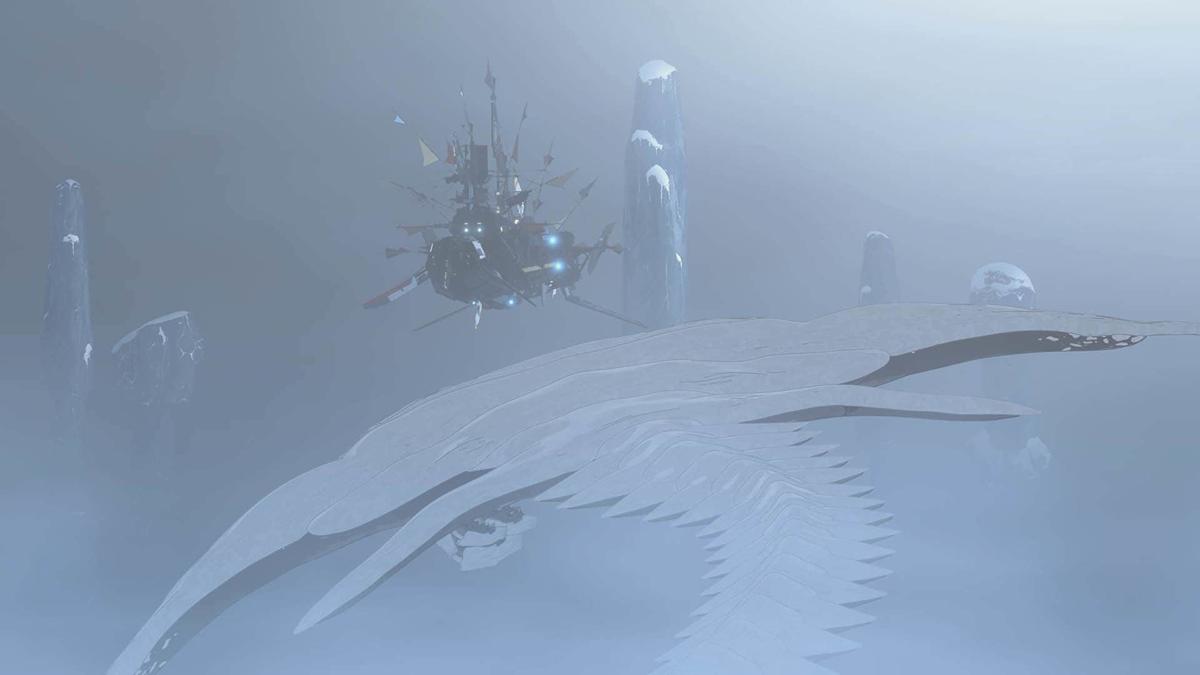 Warning: Spoilers for “Hunt on Celsor 3” and prior episodes of “Star Wars Resistance” follow.

As the Colossus continues its orbit around Celsor 3, the inhabitants of the station grow restless due to the shortage of supplies. “Hunt on Celsor 3” doesn’t necessarily drive the larger plot forward, but it does manage to have the characters come together for what ends very wholesomely.

Thanks to the shortage of supplies (mainly food and drinks), Aunt Z (Tovah Feldshuh) threatens Captain Doza (Jason Hightower) with leaving if he isn’t able to find a solution. This statement by Aunt Z, of course, causes a fervor among the Colossus as she is the main cantina and establishment of the station. Right away, this episode already gives us more of Aunt Z than we have gotten previously, which is already in a win in my book. With his hands tied, Kaz (Christopher Sean) and Torra (Myrna Velasco) step up to find a solution. Aunt Z presents the solution as hunting down the jakoosk creature from the last episode, which means they must enlist the help of Kragan (Gary Anthony Williams) and his pirates.

Kragan’s attack ends pretty much as quickly as it begins, making Kaz and Torra come up with a plan B. Their plan B involves using a super cannon of sorts that Tam was working on before defecting to bring down the jakoosk on their own. This climax of the episode is well put together and it managed to deliver tension despite me knowing Kaz and Torra were more than likely going to walk away unscathed. Seeing Kragan’s ship in action was also a treat, as the design of it was far too good to just throw away after last season.

The end of the episode is what makes it for me. Being able to see all of the Colossus’ citizens together and enjoying the freshly caught meal was nice. Noticeably absent this episode was any connection to Tam and the First Order, which is part of why I think I just enjoyed the positive vibe of the episode. What really nails it home is that Neeku (Josh Brener), who viewers were led to believe was leaving with Aunt Z at the start of the episode, actually had been spending his time selling most of his personal belongings in order to buy the parts to get a projection of the sky of Castilon in the marketplace to make everyone feel more at home. It is kind acts like these that are core to the message of all of “Star Wars,” and it makes me love Neeku even more as a character.

Finally, we get an episode of the cast being on the surface of an actual planet rather than in space. Not only that, but we also get new outfits for Kaz and Torra, which are really just winter coats but still, it's nice to see. As I stated earlier, the climax was solid and the cracking of the snow floor on Celsor 3 due to the jakoosk was well-animated.

“Hunt on Celsor 3” is a solid episode. I think it is definitely my favorite of the season thus far despite only being the fourth one, as well as one of my favorites of both seasons. The theme of sacrifice this episode is well-illustrated not just by Kaz and Torra but Neeku as well. I think the break from First Order shenanigans was needed, and I’m curious as to whether we will have an episode focus on Tam and the FO soon also. “Star Wars Resistance” may not be critically acclaimed television but it doesn’t need to be. It offers a fun adventure each week which aligns well with “Star Wars,” and leaves this fan very happy week-after-week. You can catch the next episode of “Star Wars Resistance” when it airs next Sunday at 6 p.m. on Disney XD.