You are the owner of this article.
Edit Article Add New Article
Home
News
Sports
Arts & Entertainment
Opinion
Lifestyle
Multimedia
In Print
Español
Share This
1 of 8 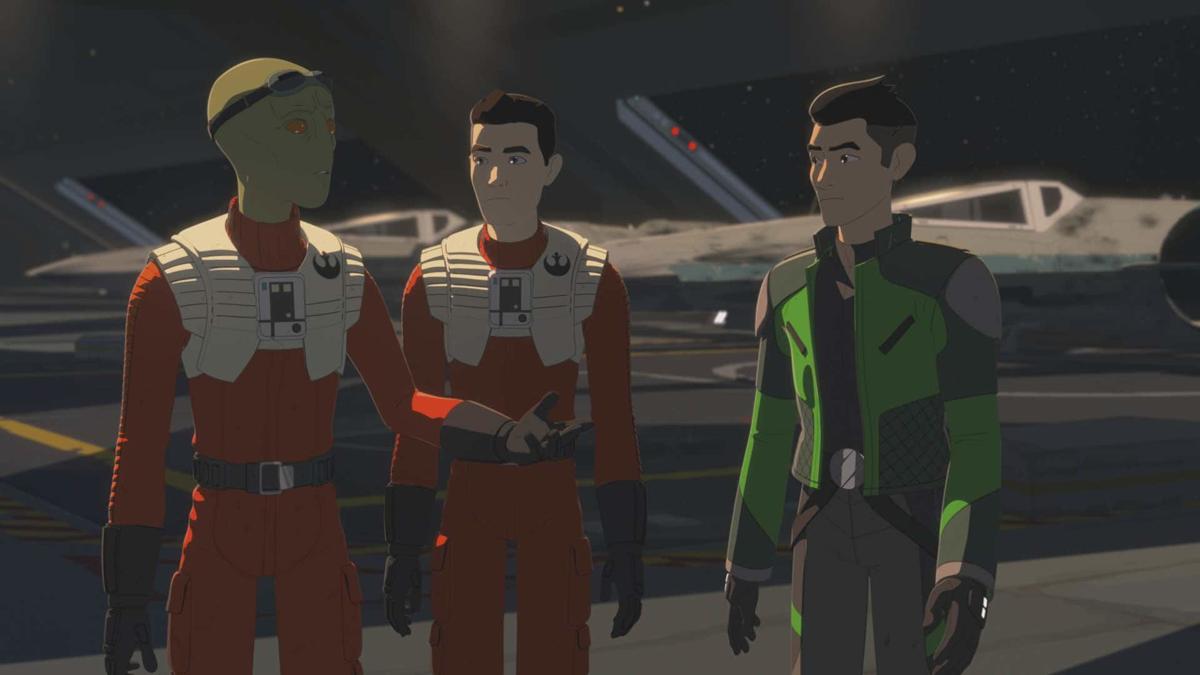 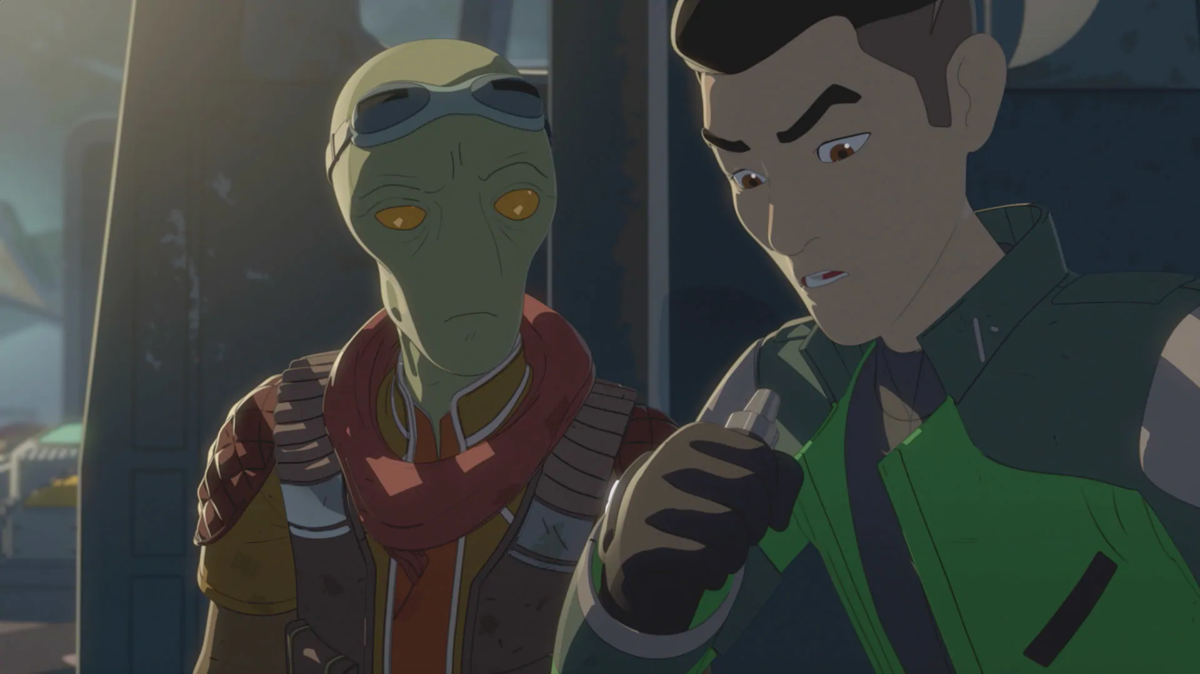 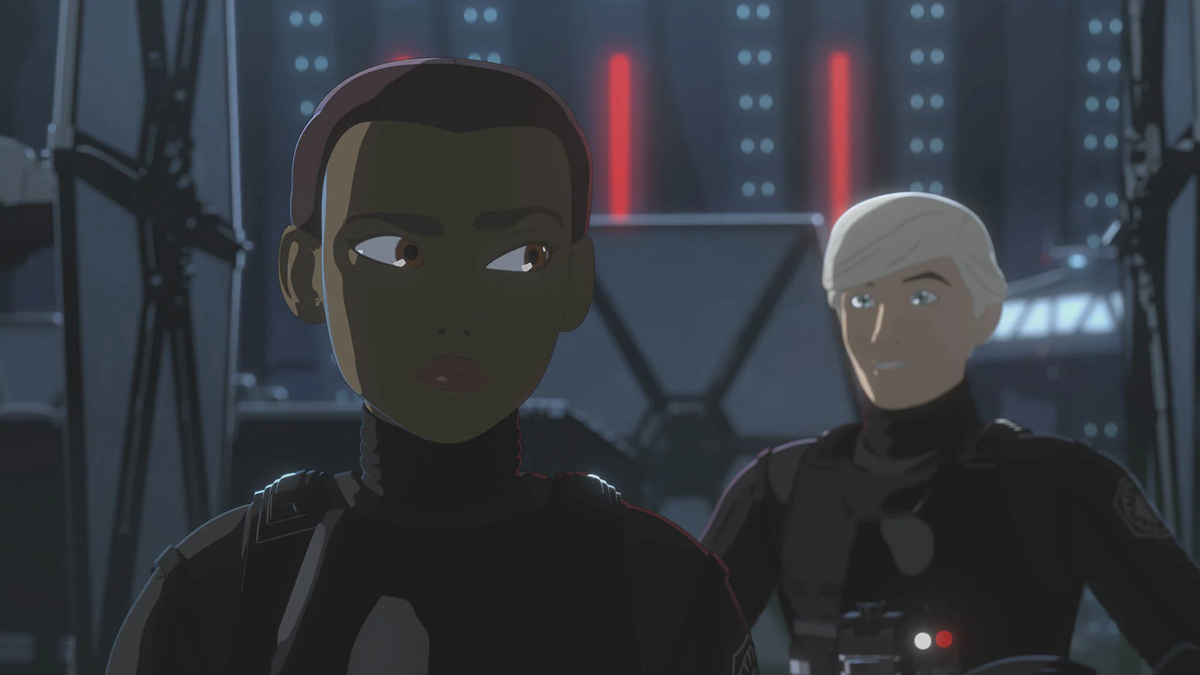 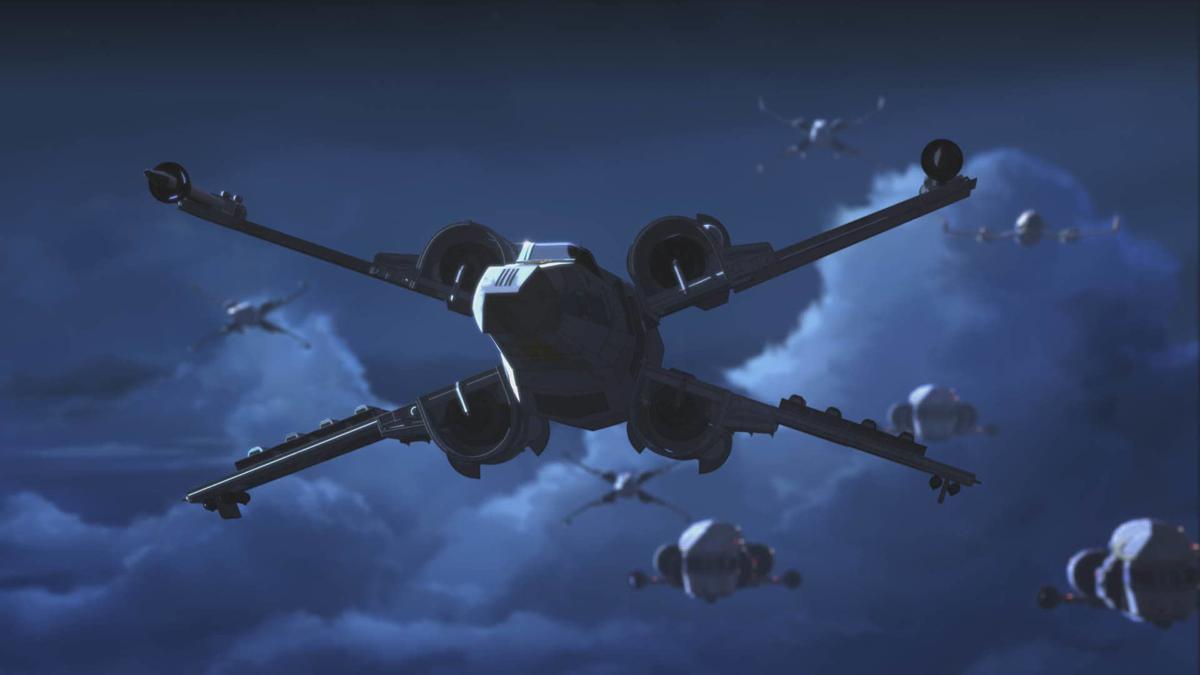 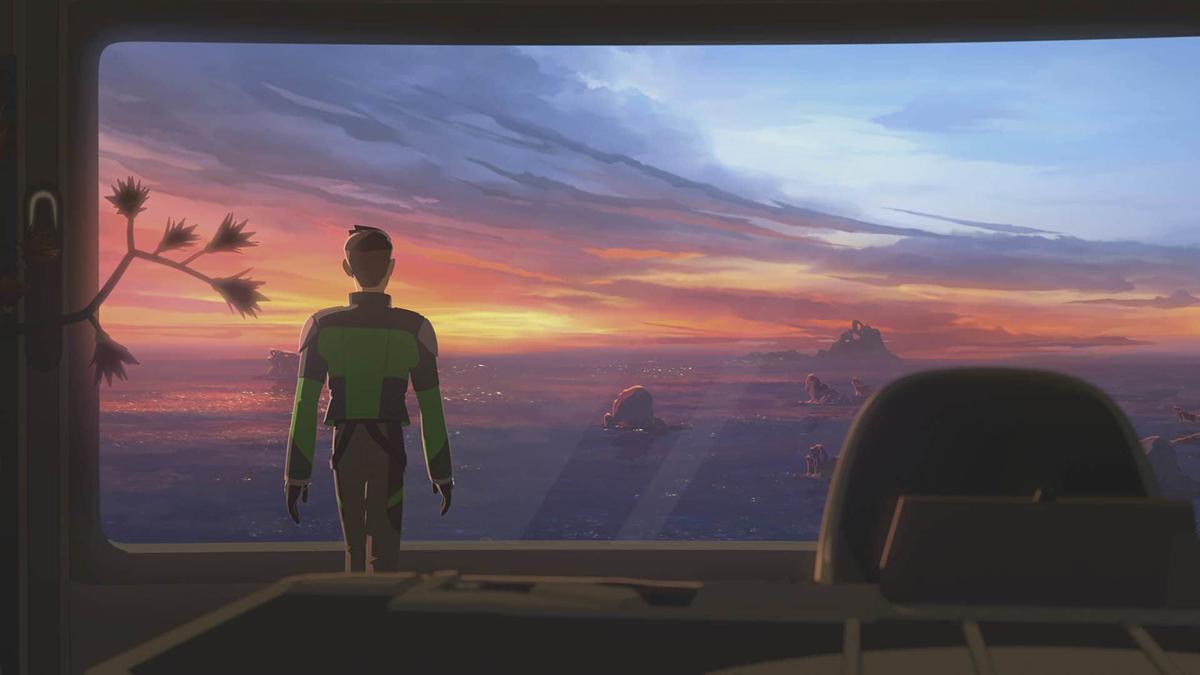 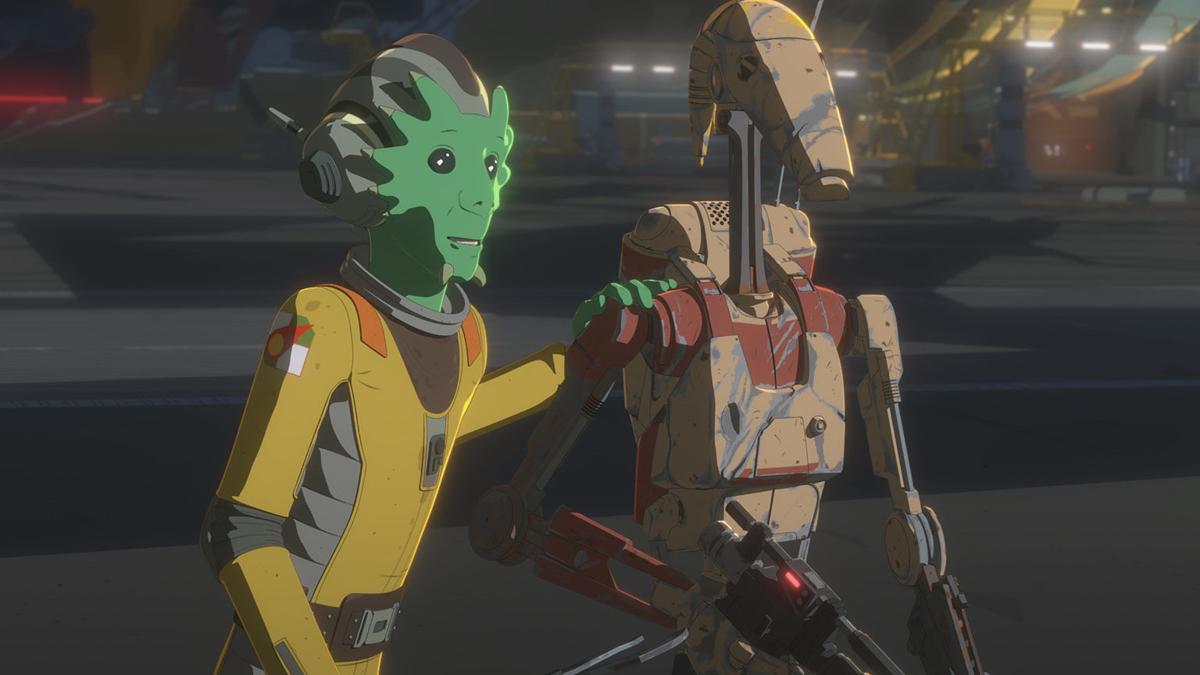 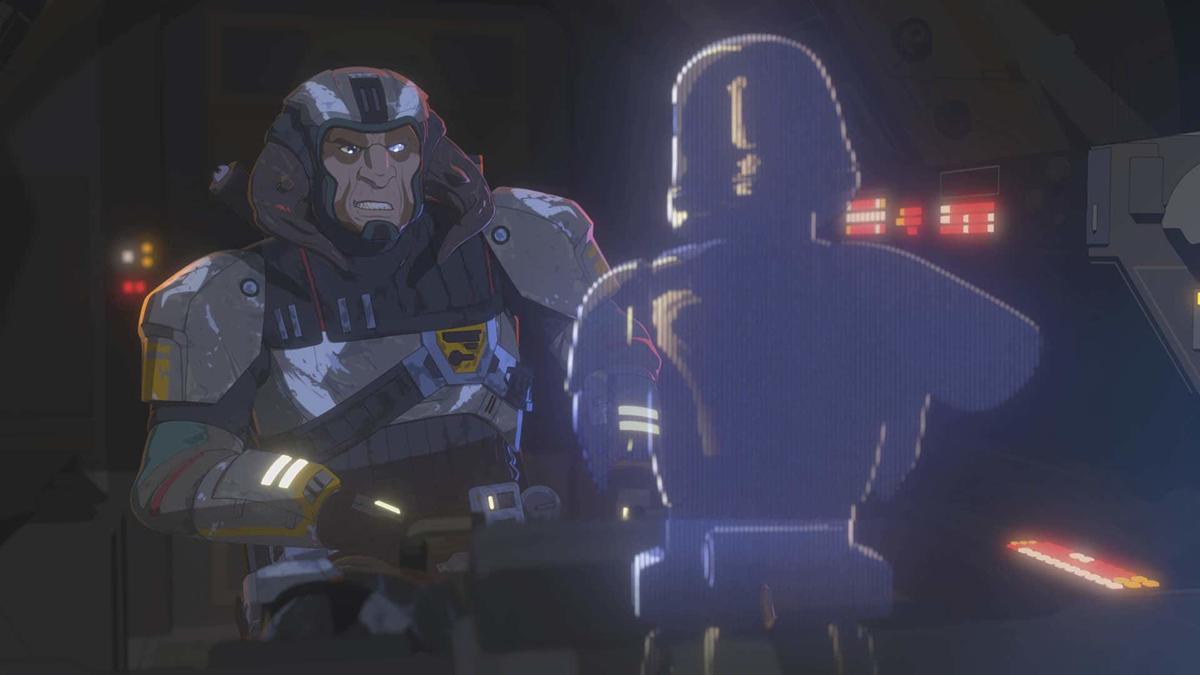 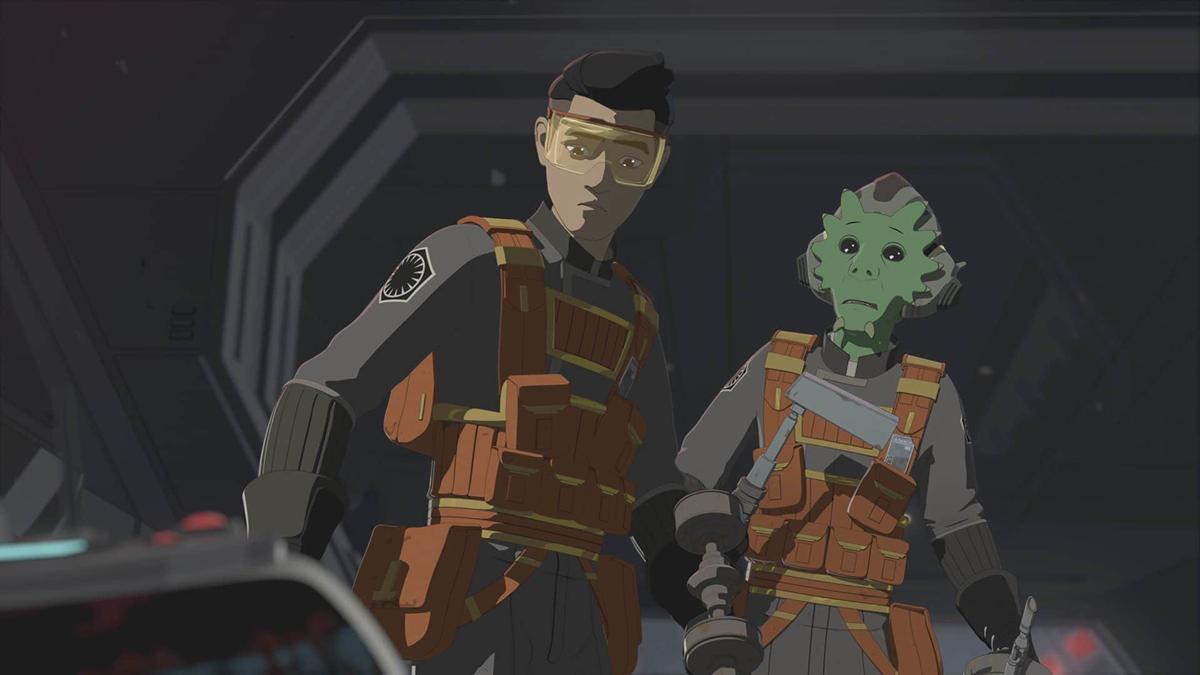 Warning: Spoilers for all of “Star Wars Resistance” and partial details about Walt Disney World’s “Rise of the Resistance” ride follow.

As the series wraps up, “Star Wars Resistance” seems to finally be hitting its stride with the following episodes. Rather than a typical recap-style review, this will serve as a sort of catch-up for the finale with my thoughts on each episode and what stood out to me for each one.

The best part about this episode is how it starts off from Tam’s (Suzie McGrath) perspective. Seeing a typical Kaz (Christopher Sean) adventure from the opposite side is a cool concept and is executed well here. General Hux (Ben Prendergast) popping up is also neat, though it is slightly obvious that it is not Domhnall Gleeson sadly. Being as it is him who gave the rousing speech for the destruction of Kaz’s homeworld, I like seeing the usually-always-positive Kaz get angry for once. Also, I am very happy that Kaz and Neeku (Josh Brener) don the same radar technician outfit that “Matt” (a.k.a.) Kylo Ren does in his “Undercover Boss” skit on “SNL” -- which I wholly accept as being canon.

This episode is really the one in which the quality of the episodes started going up noticeably. The further connection to the Resistance with the spy Norath (Daveed Diggs) is a solid one, as is the character himself. The bounty hunter Ax Tagrin (Joe Manganiello) introduced here is easily one of the coolest designs from the series so far as well. As the episode guide on StarWars.com states, his name is a play on the phrase “axe to grind,” which reminds me of the much less subtle Jedi Master Ima-Gun Di from “Star Wars: The Clone Wars,” whose fate was pretty much sealed from the start. There is also a really awesome fight sequence -- which doesn’t involve a lightsaber -- between Synara (Nazneen Contractor) and Yeager (Scott Lawrence) versus Tagrin.

This episode is a second-half to the previous, involving Kaz and Norath rescuing Yeager, Synara and CB-23 from the First Order (though CB-23 really does her own rescuing). There is a tense moment as Tierney interrogates Yeager, an interesting concept as he is a retired rebel but not someone aligned with the Resistance. Otherwise, this episode doesn’t have much else and was a solid conclusion to this two-parter arc. Of course, it ends with the Colossus just barely escaping a star destroyer.

I really enjoyed this episode, mainly because it has battle droids. Kragan and his pirates buy some of the old droids to take over the Colossus from Captain Doza (Jason Hightower). The seller is Sidon Ithano (David Acord), leader of the crew that Finn was going to join in “The Force Awakens” and also just one of those background characters with a really cool design. Kragan takes his B2 super battle droids and extra B1 (Matthew Wood) model back to the Colossus, with Neeku setting the droids up but secretly working for Doza. I really like the updated design for the B1 and just seeing both types of droids in this unique sequel trilogy art style is super neat. B1 is officially my favorite character in the series. I also liked the always straight-forward Neeku was a better spy in this episode than Kaz ever was, which the episode does poke fun at.

This episode brings the Colossus back to another water planet, which I give tremendous credit to Amy Beth Christenson and her art direction for making it distinct from the last water planet we were on, Castilon. The water is much more clear and the coral reefs add some much-appreciated details to make it feel more unique -- and gorgeous. This episode also finally fleshes out the old Imperial pilot Griff (Stephen Stanton) out more, revealing that he was given the choice by Doza to defect from the Empire when the captain also left. The new species Aeosian is really neatly designed and their Queen (Lucy Lawless) is also solid in her debut. Sadly though, B1 and his troops of B2s are quickly disposed of by the Aeosian warriors and I desperately hope this isn’t already the end for his character.

The second-half to its predecessor, this episode finds Kaz finally deciding that he can’t sit back anymore and making the decision to leave his comfortable home on the Colossus and the friends he has made to join the fight against the First Order. It is the bold character moment I have been waiting so desperately long for Kaz to have. Kaz plans to meet Norath and the Resistance on Batuu, and everyone gives their goodbyes (including a particularly heartfelt one from Neeku, who calls Kaz his “bestest friend”). Kaz doesn’t even make it into hyperspace before coming across a First Order probe, returning to warn his friends. I like to imagine that the rendezvous point that Kaz was going to meet Norath at to join the Resistance at on Batuu could very well have led him into the plot of the new “Rise of the Resistance” ride.

As the final episode of the bunch, this one might be my favorite of them. Torra’s (Myrna Velasco) mother Venisa (Tasia Valenza) arrives on the Colossus with her squadron. Her own X-Wing is a particularly cool, beefed-up model and in her squad is Norath and Hugh Sion (Sam Witwer), the latter of which makes his series return from the premiere of the show. Last time we saw Hugh he was a New Republic pilot and now he has made the jump to the Resistance. Their mission takes them to Dantooine, the planet which Princess Leia tells Tarkin the rebel base is on in order to save her homeworld of Alderaan, which doesn’t work out. The dogfight in the episode is surprisingly tense, mainly because I didn’t want Sam Witwer’s character to die. It is well done though and serves a reminder at just how good the show is at ship stuff.

These episodes of “Star Wars Resistance” really saw an uptick in quality, as I think I asked myself after each one, “I think this is my favorite so far?” I am finally feeling attached to Kaz and the cause he is rallying behind with the Colossus, which is a shame since we only have an episode left. Nevertheless, I am excited to see how it all pans out, especially Kaz and Tam’s split dynamic between two warring factions. You can catch the series finale of “Star Wars Resistance” for yourself when it airs next Sunday at 6 p.m. on Disney XD.