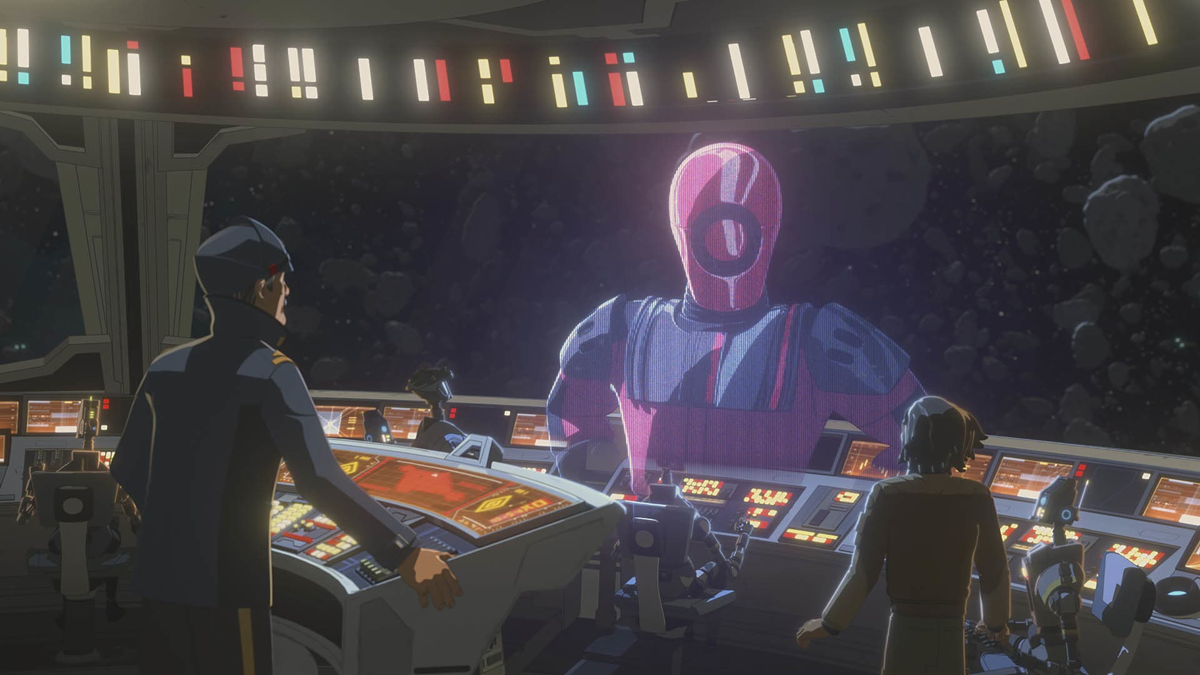 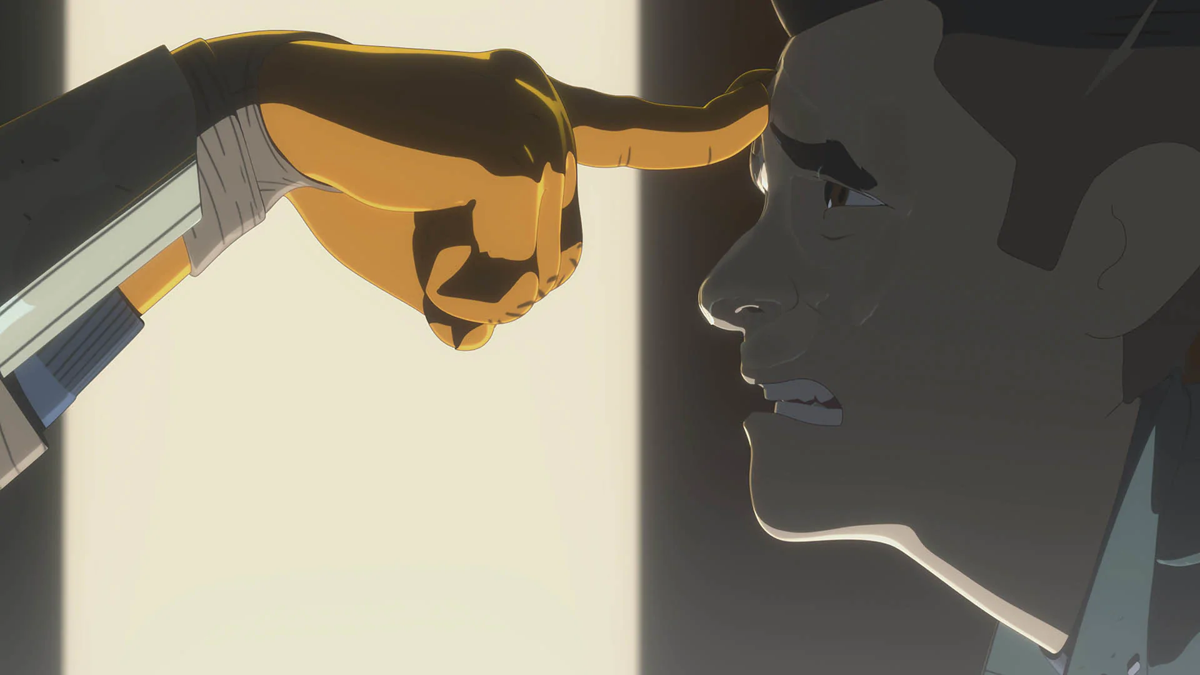 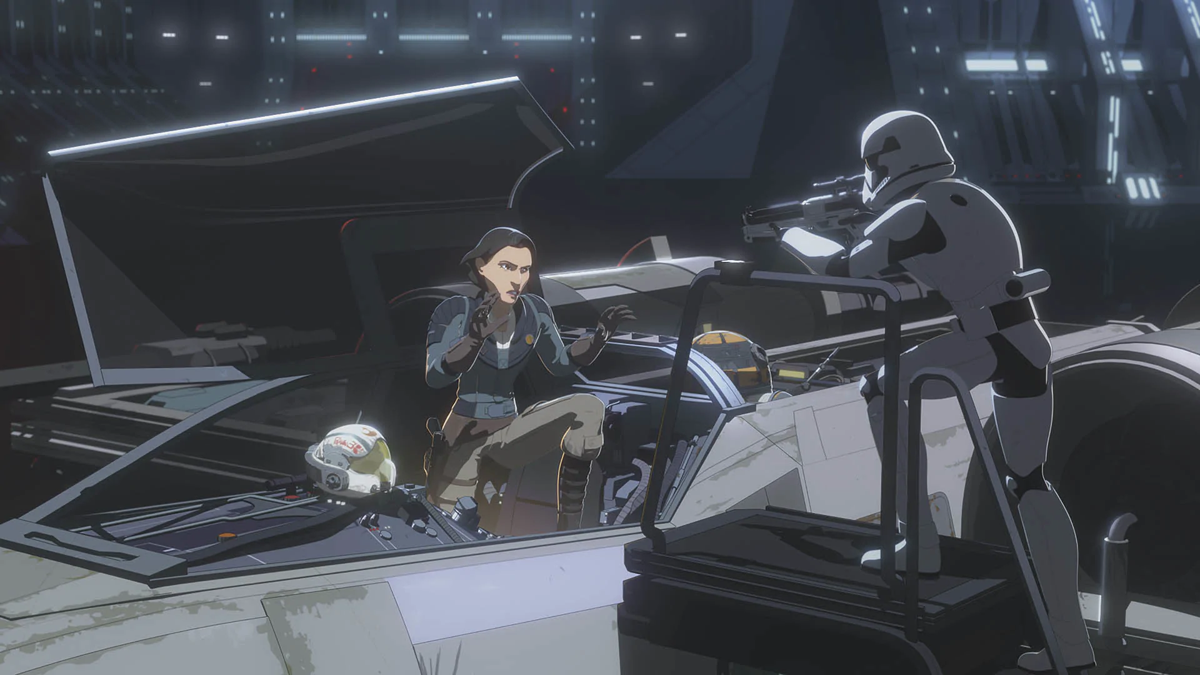 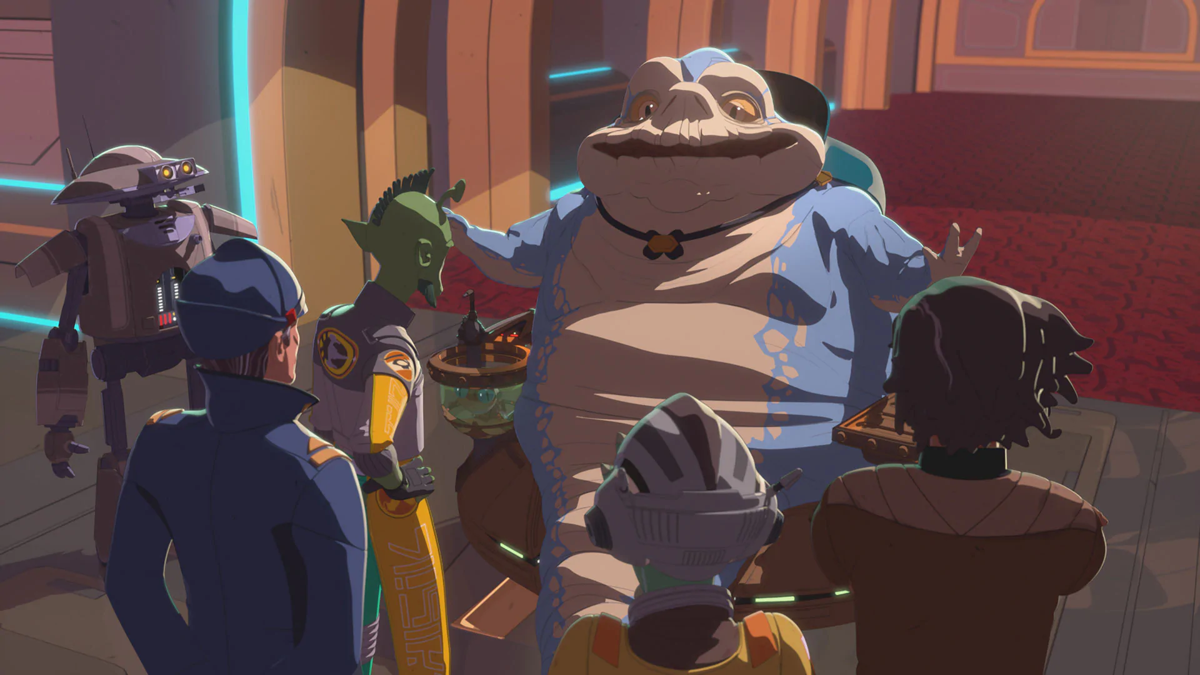 Between these three episodes of “Star Wars Resistance,” one is probably the season’s best so far, another is a decent fleshing out of Kaz as a character, and the other feels like the definition of a “filler episode.” The first, “Rendezvous Point,” dives more into Torra Doza (Myrna Velasco) and her father Captain Doza’s (Jason Hightower) past. The second finds the Aces trying to partake in a race for credits, with the third following Kaz as he deals with being “cursed.”

This episode jumps right into the action, with the Colossus and Aces fending off First Order TIE fighters. It is a losing battle, yet Captain Doza holds out for as long as possible awaiting an unknown person’s arrival. Eventually, he gives in and the Colossus retreats, leaving the FO behind. Right at their departure, the mysterious pilot arrives in the middle of the mess. The pilot’s X-Wing is sucked in by a tractor beam and is taken prisoner by Agent Tierny. With the prisoner unwilling to give herself up, Tam finally returns this season and passes by the captive, clearly recognizing her from somewhere.

On the Colossus, Torra shows clear misgivings in the decision to give up on waiting. Kaz (Christopher Sean) picks up on this anger and confronts her and Captain Doza, revealing that the pilot is actually Torra’s mother Venisa Doza (Tasia Valenza). Meanwhile, Tam learns the same revelation from Venisa. Considering that Captain Doza was an Imperial and Venisa a rebel pilot, I would very much like to see some sort of off-shoot story in the form of a comic or something on how exactly they came together. For now, we only know that Venisa convinced him to defect and once the FO popped back up, he refused to take part in another conflict while Venisa went on to fight. Venisa takes Tam “hostage” and begins her escape, leading to some compelling discussion on Tam’s motivations for staying with the FO. The escape results in some big explosions in the hanger, and it is a really well-done sequence. The animation, in particular, stood out to me in certain points, especially the smaller stuff like blaster bolts melting away metal where they hit.

Venisa escapes, leaving her impact on Tam in figuring out why she wants to stick with people like Agent Tierny or Commander Pyre. I appreciate this dive into what make’s Tam tick and I hope we get more than what little we have gotten so far this season. Venisa is also an interesting character herself, and Torra’s dialogue with her father about her mother at the end of the episode is quite honestly one of the most well-written and performed moments of the entire series. It touched me in a way that I didn’t realize how much I sympathized with these two particular characters. Like “Hunt on Celsor 3,” the episode ends wholesomely with Kaz and the Aces, who learned the meeting was supposed to be for Torra’s birthday, getting his friend a weird-yet-tasty-looking jello gorg cake. The ending climax and character development for Tam and the Dozas make this what I think is my favorite episode of the second season. While Kaz’s role is smaller, he does play an important role by being there for Torra which I love.

As the Colossus wanders through space, Hype Fazon (Donald Faison) proposes to Captain Doza a proposition to end their boredom and make them money, because apparently running from the FO isn’t entertaining enough. The plan consists of returning to the racing casino run by Vranki the Blue (who chooses the moniker to differentiate from his fellow Hutts) and entering to make credits. Doza accepts, and he and the entire Aces plus Yeager (Scott Lawrence) and Neeku (Josh Brener) travel to the casino.

The remainder of the episode is essentially a lesson on why not to gamble. Hype bets himself to Vranki for credits, only to end up losing to Vranki’s special droid ships. I really like the design of the droids, as they take obvious inspiration from Separatist vulture droids both in visuals and audio design. The rest of the Aces end up betting themselves and losing to Vranki’s cheating tactics, leaving it to the predictable finish of Torra and Kaz having to save their skins. Also, Neeku is supposed to be of assistance since he learned Vrankie’s cheating patterns from his arcade gambling machines, but the episode never feels like his assistance was of any use whatsoever except in disabling the turrets at the end. The episode just feels entirely inconsequential to the entire show’s overarching plot, with the only takeaway being them winning a lot of credits -- which how often will those be useful now that the galaxy is in a state of war? What I do like about the episode is its design choices. I mentioned the vulture droids, but I also like Vranki and his little cape, as well as his actual casino. It felt very Canto Bight-inspired from “The Last Jedi,” which Vranki name drops as being the place all of his rich customers ran off to after the war broke out.

The episode kicks off with Kaz on a lucky streak gambling with some of Kragan’s pirates, walking away with a boot full of credits. He also walks away with a supposed curse, given to him by one of the disgruntled pirates. While a string of bad luck occurs, Kaz keeps to his belief that there is no such thing as curses. That turns around though when he is sent out with Torra and Hype to clear a path through an asteroid field owned by the Guavian Death Gang -- the same group that confronts Han and Chewie in “The Force Awakens.” Here he ends up letting a scout for the gang get away due to the Fireball malfunctioning, forcing Kaz to find a way out of his problem.

Kaz goes to Mika Grey (Tudi Roche), the archaeologist from the Sith temple, for guidance. She explains that luck is entirely up to someone’s perspective but still gives Kaz a talisman to ward off bad spirits. Kaz takes it and jumps back into the Fireball to fight off the Guavian Death Gang to buy time for the Colossus to make the jump to hyperspace (which I am going to start keeping a tally for with how many episodes end like this). He drops the talisman before getting in though, and once he realizes this, he is forced to get past his superstition. As stupid as this whole chain of events is, it does result in some solid character growth for Kaz. He sort of accepts the Obi-Wan position of, “In my experience, there’s no such thing as luck,” and puts the faith in his own abilities. I like that it seems like a sort of test the Force is putting Kaz through, at least in how I interpreted the events. Seeing the Guavian Death Gang is neat, but outside of that and Kaz’s growth, not much else really happens.

Between the three episodes, “Rendezvous Point” by far blows “The Voxx Vortex 5000” and “Kaz’s Curse” out of the water in being my favorite of the bunch. It mainly comes down to the fact that the second hardly adds anything to the season’s plot and feels like it could have been skipped entirely. “Kaz’s Curse” is much better in delivering a more self-contained story, because at least one character walks away changed. I hope though we get more like “Rendezvous Point” for the rest of season two, even though it adds yet another character I am interested in learning more about despite the fact that we only have about half a season left of the entire series. You can catch the next episode of “Star Wars Resistance” for yourself when it airs next Sunday at 6 p.m. on Disney XD.