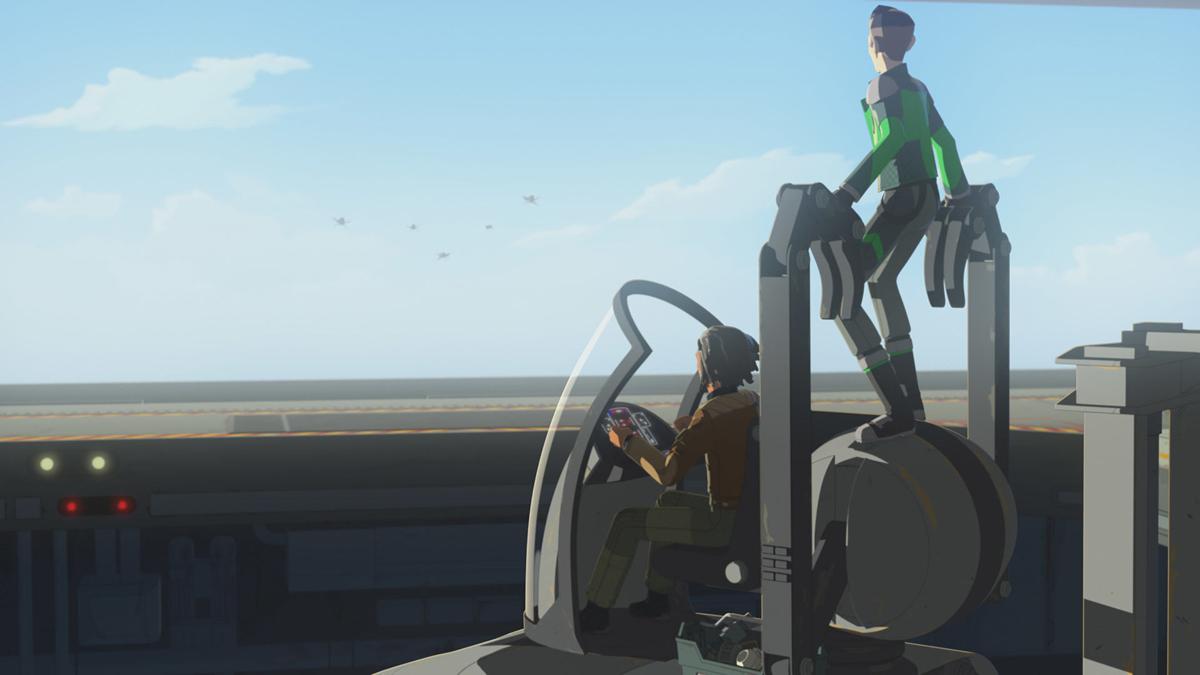 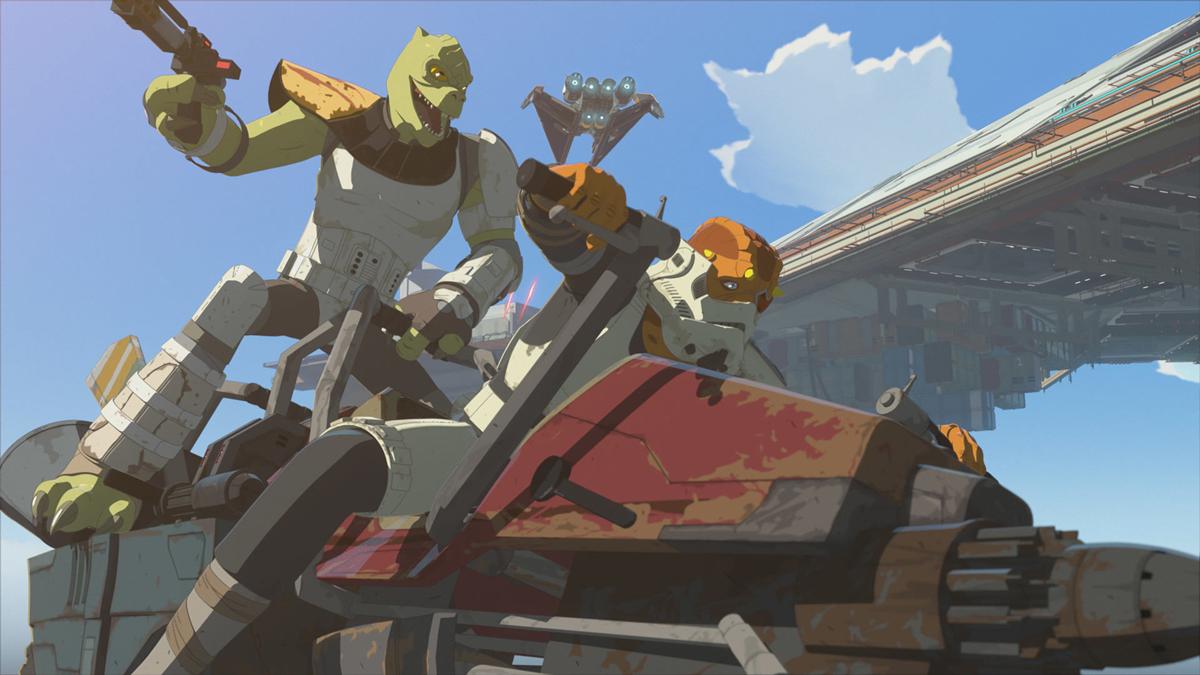 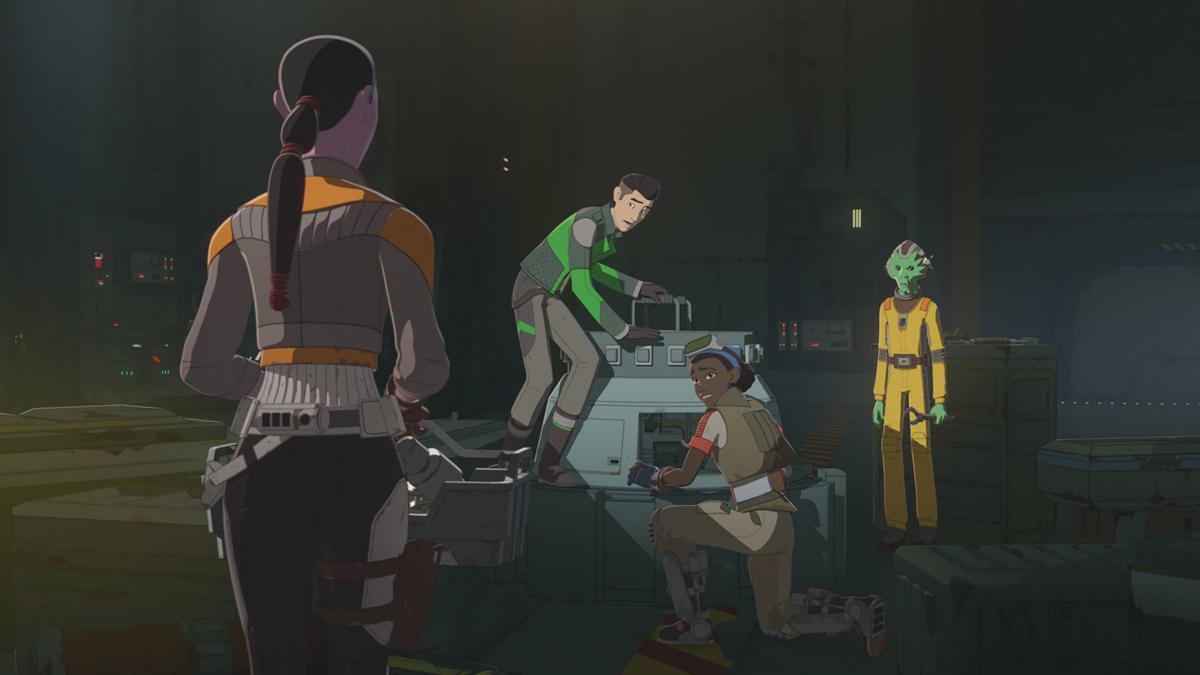 Warning: Spoilers for “Synara’s Score” and prior episodes of “Star Wars Resistance” follow.

Last week’s episode of “Star Wars Resistance” introduced us to Synara San (Nazneen Contractor), a spy for the nearby pirates who had been giving the Colossus trouble, which is completely unbeknownst to Kaz (Christopher Sean) and company. This episode continues the series’ excellent work in fleshing out its wide roster of characters, especially Synara, as the title would imply.

The two things that immediately stand out in this episode are the ending action sequence and the great development into Tam (Suzie McGrath) and her newfound friendship with Synara. One of this show’s strengths is its wide, compelling cast. With the episodes usually running about 22 minutes, every second is imperative to get you further attached to them. We explored part of Tam’s past a couple episodes ago, but here we get to see her open up even more in her chat with Synara. Synara herself is an interesting character; primarily because you can see her inner conflict drawn out by both Kaz and Tam being friends with her.

Synara’s leak of the Colossus’ vulnerability leads to a big action sequence for the end of the episode; the largest we have gotten yet and the best in my opinion. For starters, the designs of the pirates are simply cool, with their ties to the First Order evidenced by the older Imperial gear they are equipped with. While Kaz and Yeager (Scott Lawrence) work on fixing up the Colossus’ targeting computer, Tam races off to make sure Synara is alright in the attack. Even though we in the audience are well-aware that she’s the one behind the attack, the act of kindness from Tam has a clearly significant effect on Synara. One thing I would also like to point out is we get to see Tam in action as well, where she quickly dispenses of some pirates in hand-to-hand combat in what is overall a very cool sequence.

Another strength of the episode’s action-packed climax is Kaz himself, who is still very much the protagonist of the show and is portrayed in a much more serious demeanor rather than his often clumsy self. I think it’s good to have those moments of levity, but seeing Kaz having to come to terms with some pretty dire circumstances is great and is something that I think Christopher Sean pulls off well in the character. Yeager makes an interesting claim afterward that Kaz was never the only spy on the platform, which really drives my intrigue into who the heck he is talking about.

I made the incorrect assumption that Garma (Greg Proops) was an old man in a previous review, but the episode guide on starwars.com this week does confirm her gender and name. This still does not change the fact that the bizarre elderly lady is really creepy, though I thoroughly enjoy her cameos in episodes. Here, she is seen a couple times, with the last being her shuffling away with some looted supplies in the middle of the pirate attack. I point out this minor background character to mainly drive home the point about the animators’ attention to detail, specifically in making these background characters have mini-arcs of their own. All of this comes together in making the Colossus and its inhabitants feel like a real place.

While the number of episodes to compare it to is small, I do think that this episode is the best one yet. It presents Kaz in a way that makes me much more compelled to enjoy his presence, straddling that thin line between his goofy and serious nature, as well as really giving the spotlight to Tam and her budding friendship with Synara for the episode. I am honestly unsure of whether Synara will follow through with a redemption arc, but what has been presented so far has been really interesting. The climax itself was the best yet, and it let everyone get in on some action, including Yeager. I think this will be a difficult episode to follow up on, but with the tease of Commander Pyre (Liam McIntyre) coming in to present a new offer of protection to Captain Doza (Jason Hightower), I am optimistic. You can catch the next episode of “Star Wars Resistance” for yourself when it airs on Disney Channel next Sunday at 10 p.m.