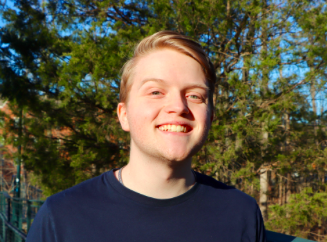 Matt (he/him) is the photo editor for the Niner Times. He is a third-year computer science major with a minor in film studies and he is also working towards a certification in video production. He grew up in Greenville, North Carolina, not to be confused with the closer Greenville, South Carolina. When Matt isn’t making creative content of his own, he’s probably raving incessantly about a new movie or show he just watched. Keep your eyes peeled around campus, and you just might catch Matt running around with a camera in his hands.