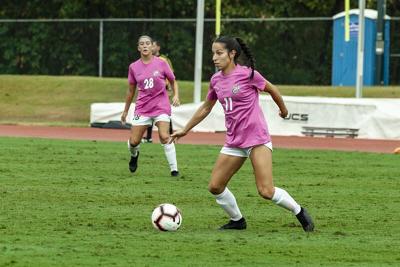 For the first time in recent memory, Charlotte will be playing most of their fall sports seasons in the spring.

Shortly after, Charlotte announced they will postpone the 2020 fall season’s of the men’s and women’s soccer teams, as well as the volleyball team’s season to the spring of 2021.

“We want all of our teams to be well-positioned for postseason play,” said Charlotte Athletic Director Mike Hill. “We spoke with our coaches and they wanted to move to the spring to coincide with NCAA Championships.”

As of now, the fall football season is still occurring on schedule as the NCAA does not control the FBS championship games. A decision has not been made on the men’s and women’s cross country season as they overlap with the track and field seasons. A bulk of cross country runners are also on the track team.

As many conferences and schools have either postponed or cancelled their fall season, Charlotte found it hard to schedule non-conference games.

“Our non-conference scheduling opportunities have been extremely limited due to the majority of other conferences moving to the spring,” said Hill. “Our student-athletes and coaches have been remarkable during this time of uncertainty and we can’t wait to see them compete next spring.”

As of now, the first Charlotte athletic event for the fall semester is set for Sep. 12 as the 49er football team plays at Appalachian State.