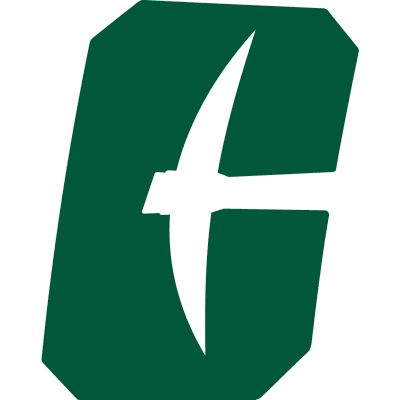 New uniforms and logos have the UNC Charlotte campus buzzing with enthusiasm.

With the Charlotte 49ers starting to become a resurgent in the college sports world, some new looks will be shown on the field and court this year. The new logo looks to encompass much more than just its campus but instead the city of Charlotte as a whole.

The changes were made to help Charlotte stay up to date with what fans want to see. It was an in-depth process for the athletic department as they wanted to give the people a way of seeing the university in a new light.

“We wanted to develop some tools as we worked with a local firm in Charlotte that understands our university that would lead to an effective way to get feedback from our students, staff, and alumni,” said athletic director Mike Hill. “We wanted to show what the market at large thought it [Charlotte] represented as a whole; we really wanted to get people talking."

The logo was meant to give the university some new excitement and enthusiasm headed into building years for the sports programs. With the basketball team finishing (16-13) in the regular season and the football team having a historic year, going to the first-ever bowl game in university history.

With programs that seem to have a brand new life, it was time for a brand new look. It was the first time the university had gone through a change like this since 2000.

“There was a want to have a strong brand because we have started to become a powerhouse not just in our state but the region and the nation as a whole,” said Hill.

The new "CLT" logo has been created to include the city of Charlotte as a whole. Another new change is the use of "9ers" and "49ers" logos respectfully.

Hill has seen the new logo already become something people in the city recognize.

"I wear a lot of gear with the new logo and I've had multiple people who don't know me who come up and ask me if that's the new 49er mark and say they love it," said Hill. "That's validation for what we are trying to achieve there."

The pickaxe has also gotten a new look going from a “C pick” to the “All-in” pickaxe. New uniforms will be used for football and basketball teams this year with new colors of a darker hue of green, white and a brand new gold color on alternate jerseys. The new images look very sleek and seem to pop. A brand new basketball court will start being used this year as well, with new logos and Niner green.

“The intention with this redesign was to develop a clean and simple look, just as other top schools have a logo that you look at and you know it belongs to that university we want that here and we invite it," said Hill.

It is a new chapter for Charlotte and defines what the university will look like. It is great to see, and students will love what is being done with the brand. It is an exciting time that has the university shrouded in attention.

“As a university, we want to be seen by others as Charlotte's one and only college team,” said Hill.