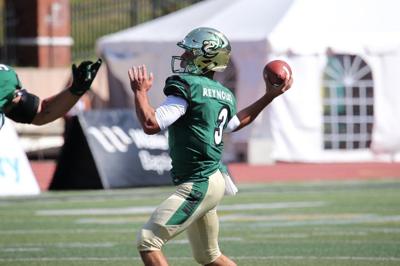 The Charlotte 49ers will begin their 2020 football campaign on the road to face the Appalachian State Mountaineers after a summer of uncertainty. The Mountaineers are ranked 20th in the country.

These two teams faced off last season in Boone, where the Mountaineers defeated the 49ers 56-41 in a hard fought battle. The Mountaineers have won the last two meetings between the two teams. Coach Will Healy will look to finally get a win over the Mountaineers in his second year of coaching the Charlotte 49ers.

Healy is ready for his players to be back on the felid and on national television.

"What an unbelievable opportunity for us," said Healy. "To open our college football season on ESPN2 is a big, big deal for our program."

Reynolds looks to have a breakout year this season at the quarterback position. He is currently on the watchlist for the Manning Trophy and the Maxwell Award, which recognizes the top college players in the country. Last year, Reynolds had a stellar season, throwing the most touchdown passes (22) in school history and the second most passing yards (2,564) in school history. He hopes to have a similar season with a strong start this weekend.

After redshirting last season due to injury, Ben DeLuca returns healthy and will look to make an impact in this game. In 2018, DeLuca racked up 91 total tackles on the year. 56 of those tackles were solo tackles. After being injured last season, DeLuca will look to have a strong start to his 2020 season against Appalachian State.

The senior quarterback gave the Niners a hard time when he faced them last season. He completed 14 passes and threw three touchdowns last season against Charlotte. With a strong receiving core surrounding Thomas, he will look to have a similar performance against the Niners.

Spurlin will bring veteran leadership as well as some strength on the defensive line for the Mountaineers. Last season, Spurlin had a career high 29 total tackles and 10 solo tackles. He recorded three tackles against the 49ers last season.

Keys to a victory

Get the offense going

The Charlotte 49ers  have an offense that can be a problem for defenses. The Niners ranked in the top 30 nationally in rushing offense, passing efficiency and time of possession last season. If the offense can get going early, it could provide a huge momentum boost for the team and lead them to a victory over the Mountaineers.

Charlotte has a lot of  players coming back this year. Most of them played against the Mountaineers last season. Having that experience for this game is a big advantage for the Niners. The experience coming from the juniors and seniors on the team can prove to be vital for Charlotte going into this game.

The Charlotte 49ers and the Appalachian State Mountaineers will face off on ESPN 2 at 12 p.m. at Kidd Brewer Stadium with no fans present due to COVID-19.