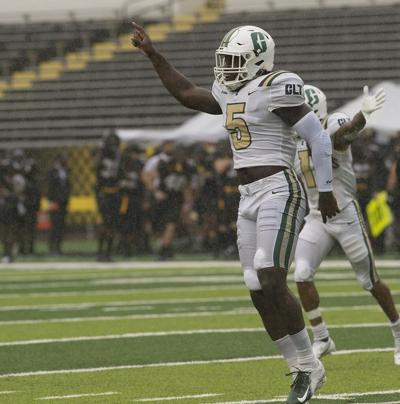 Tyler Murray was named the defensive Conference USA Player of the Week after a stand out performance against Appalachian State in the 49ers' season opener. The transfer racked up 14 tackles over the course of the game, four of which were solo tackles and helped force all three of App State’s turnovers.

Murray recovered an App State fumble on their first drive of the game slightly shifting the momentum to the 49ers side. Later in the third quarter, Murray came up huge again for Charlotte with an interception in the red zone to halt what could have been another potential scoring drive for the Mountaineers.

In the fourth quarter, with Charlotte only trailing by eight, Murray came up with another takeaway to give the 49ers the ball on the Mountaineers side of the field with just over six minutes left in the game.

Even after the successful day, Murray still thinks there is some room for improvement on his side of the field.

“We will have to do what we have been doing since training camp, practice, prepare and follow coach's game plan," said Murray.

Murray is a redshirt junior who spent all of last season on the sidelines due to the NCAA transfer requirements. While at Troy, Murray had 64 tackles and 3.0 sacks in his two seasons with the team. He was even named Third Team all-Sun Belt Conference in 2018.

Murray feels as if this first game was a great “learning experience” and hopes to get a chance to play App State again. The game against App State was Murray's second time playing the team. He played the Mountaineers in 2018 with Troy.

Murray’s impact will be much needed as the 49ers progress through the season. Murray and the 49ers face tough in-state opponent UNC Chapel Hill on Sept. 19 at 3:30 p.m. in Chapel Hill.