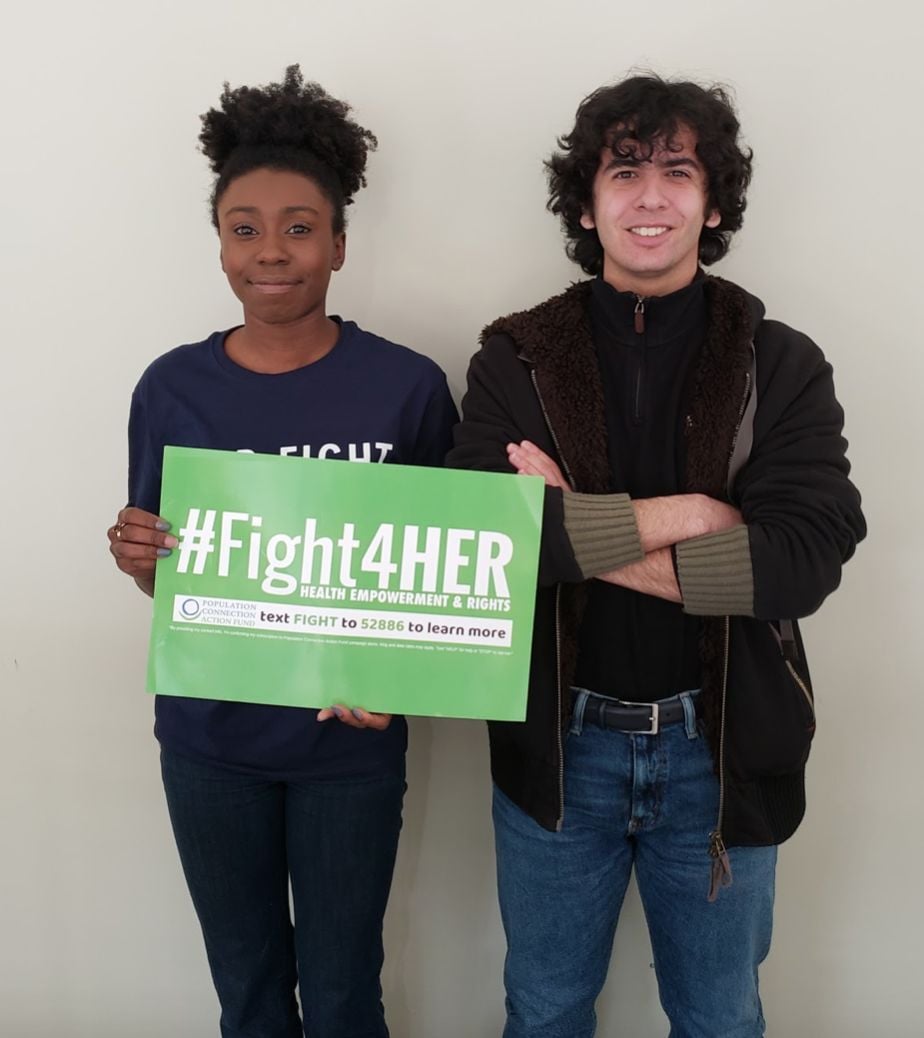 Members of the #FIGHT4HER organization

Members of the #FIGHT4HER organization

On January 23, 2017, the Trump Administration reinstated the Mexico City Policy, otherwise known as the “Global Gag Rule.” This policy denies US funding to any non-governmental foreign organizations that “perform or actively promote abortion as a method of family planning.” It was seen as a very controversial decision and has had detrimental effects on many developing countries that rely on foreign funding from the United States.

Last Tuesday, on the second year anniversary of the policy’s reinstatement, members of the #Fight4HER campaign hung a large flag in protest from the indoor balcony of the Student Activity Center’s main lobby and, later in the day, from the balcony of Cone. The flag read “TWO YEARS, TOO LONG, TOO MANY. NO GLOBAL GAG RULE.”

When asked about the goal of the protests, Trey Gibson, a member of the #Fight4HER campaign, responded, “Our biggest goal is to push members of Congress to pass the global HER act. So right now we’re looking to Senator Thom Tillis to support the act this year and we’re also looking to Representative Alma Adams to cosponsor the act. We want to make it so that if they don’t support the global HER act, people like Thom Tillis cannot be possibly reelected in 2020. We want to make this the priority for these elected officials because this policy and ending the gag rule is ultimately a way to fight for reproductive freedom both globally and here in America. Access to safe legal abortion saves lives, and without access to family planning and safe legal abortions, people are dying as a result.”

If passed, the global HER act would reverse the Global Gag Rule allowing for many foreign health organizations to provide safe abortions to women seeking them.

Benny, a UNC Charlotte student and #Fight4HER member spoke up about why he thought it was important to abolish the Global Gag Rule: “Where I’m from (Egypt), stuff like abortions, things to do with reproductive rights, things like that, it’s very taboo. I know people that have affected by stuff like being unable to get abortions, their uterus lining being completely cut, being damaged for life.”

When asked why the #Fight4HER campaign decided to display the flag at the UNC Charlotte campus, Gibson said, “We’re hoping to pull more student activists out into the greater Charlotte community and fight alongside people in Charlotte who are pushing for more progressive goals.”

Gibson also said that this event was just one of many planned to spread awareness on the UNC Charlotte Campus.