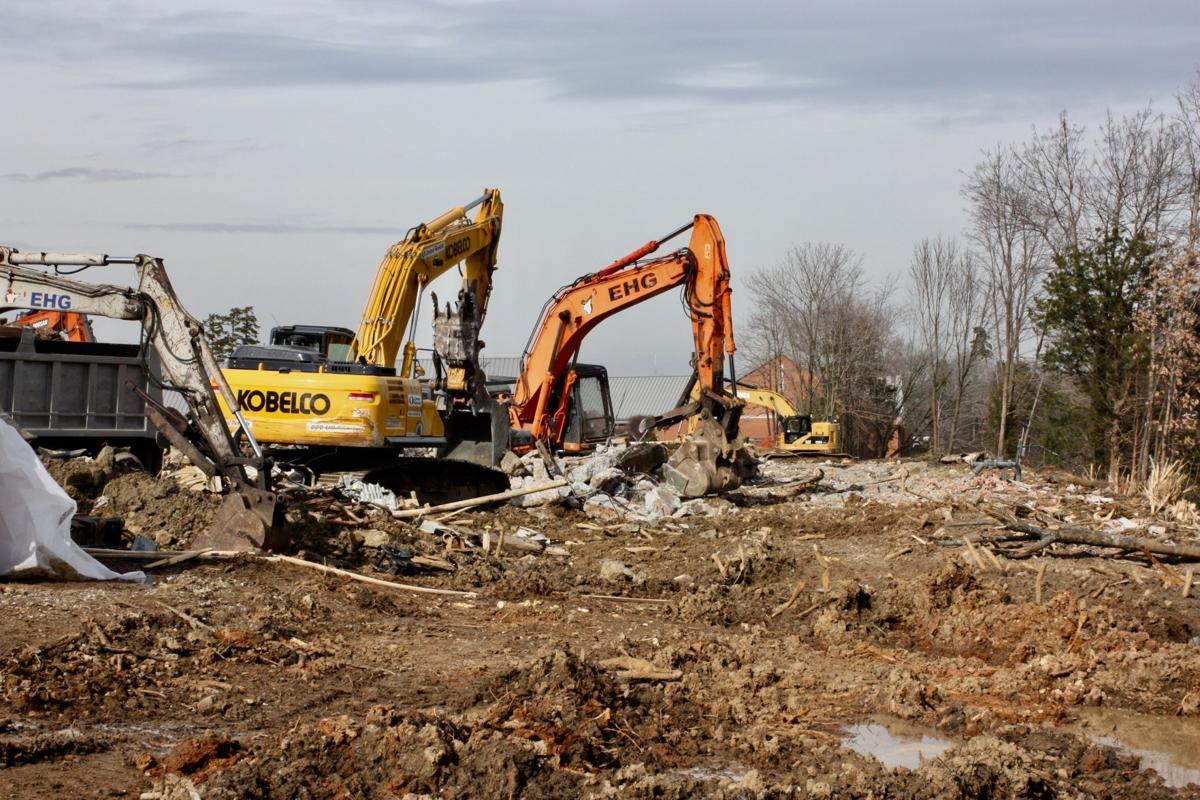 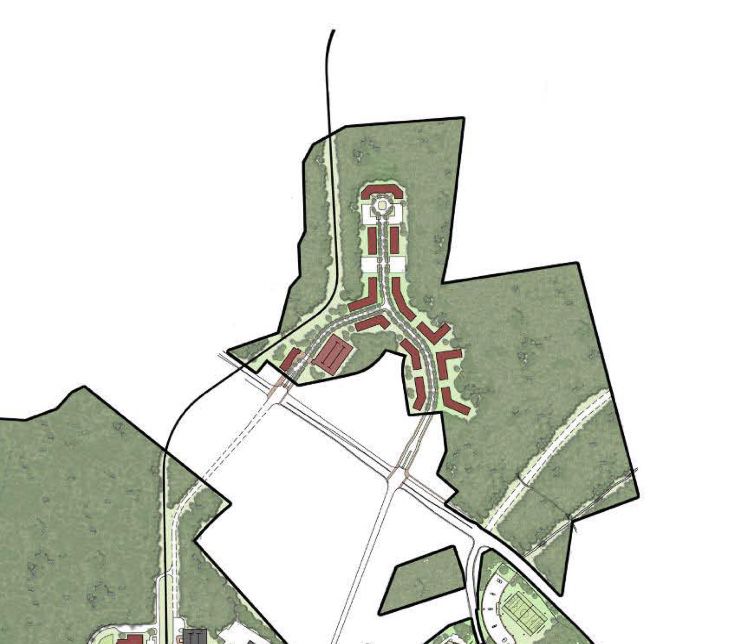 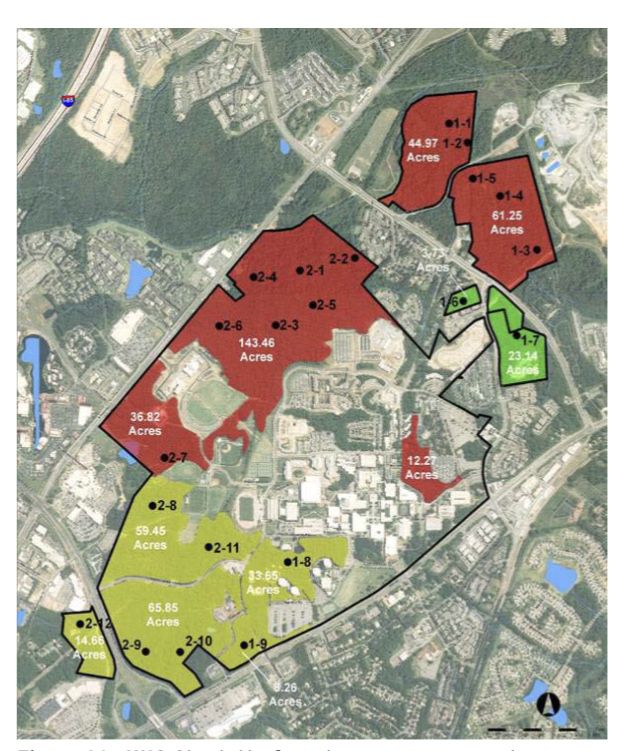 The 2009-2010 UNC Charlotte master plan highlights the goal to develop nearly 106-acres of land owned by the State of North Carolina to create the “Mallard Creek Village.” The master plan explains, “The 106-acre parcel along Mallard Creek Church Road presents several opportunities for the University. However, there are significant issues of floodplains within the site that limit where development may occur.”

The owner of a key parcel that would provide access to the University’s current property sold the land to an outside developer in 2009. Today, the Flats at Mallard Creek, an off-campus apartment complex, sits in front of UNC Charlotte’s land.

The master plan goes on to explain that “this area off Mallard Creek Church Road will become an additional asset for the University.”

UNC Charlotte Spokesperson Buffie Stephens said in a statement that “a specific use for the 106 acres has not been identified.” Stephens went on to add, “The land has not been removed from planning, but the time frame for development is undetermined.”

With the future of the land unclear, so are many other elements of UNC Charlotte’s future. The current long-term master plan is nearly a decade old and the University confirmed to the Niner Times that it currently does not have plans for a new master plan in the near future.

More recently, the Niner Times obtained documents confirming that UNC Charlotte is currently focusing on renovating current buildings rather than expanding. UNC Charlotte recently requested state funding for the renovation of the Cameron and Burson buildings. That request has drawn criticism from some students because UNC Charlotte spent nearly $13 million to renovate the Burson Building in 2016.

“I think the renovations the University is doing are a waste of money,” said Matthew Parker, a student. “Why would we renovate a building that we just renovated a few years ago? I think it is more reasonable to invest in new buildings that we won’t have to renovate and repair as often.”

Other students support UNC Charlotte’s continued expansion and renovation process. Freshman Peter Martin said, “I think UNC Charlotte has some of the best facilities in the state, but there is room for improvement.” Martin went on to explain that “some parts of the campus are in much better condition than other parts.”

UNC Charlotte and the State of North Carolina have owned the land for over two decades. While there is no time frame or specific use for the area currently, it may become a vital part in the future growth of the University.