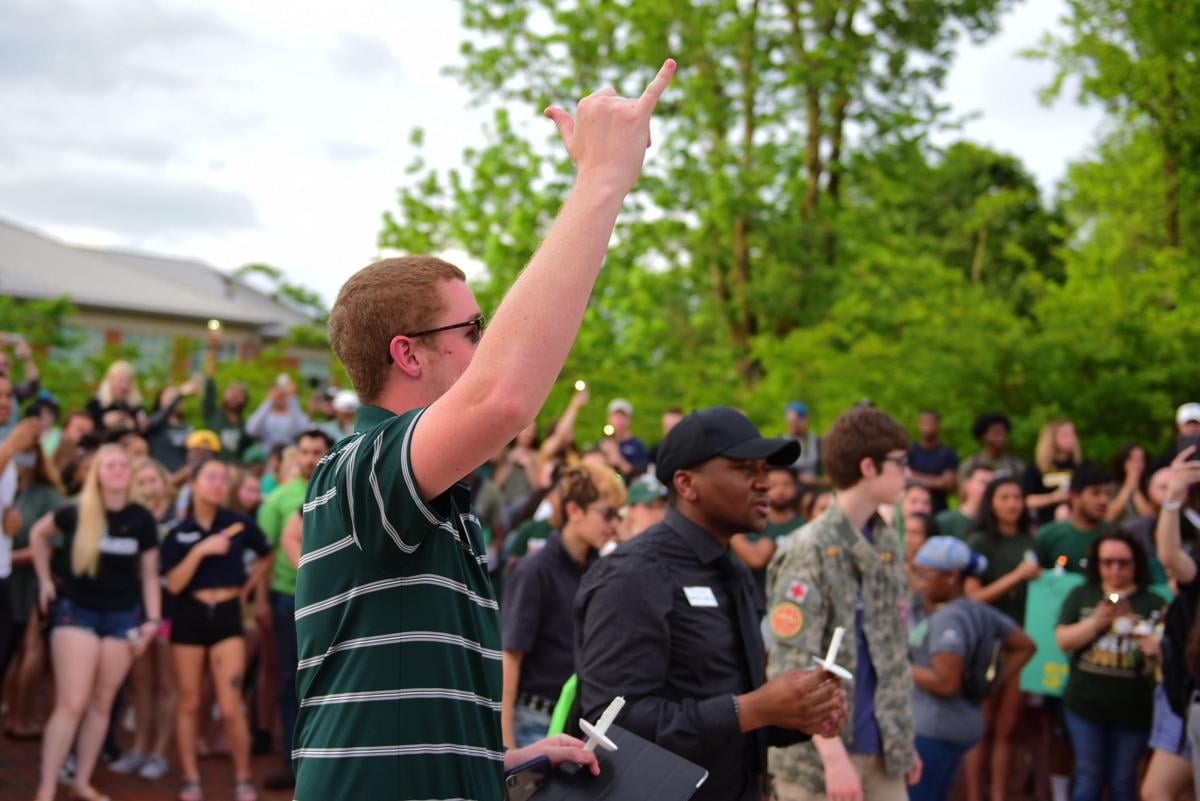 Chandler Crean holds up a pick-axe at the vigil held the day after the UNC Charlotte shooting. 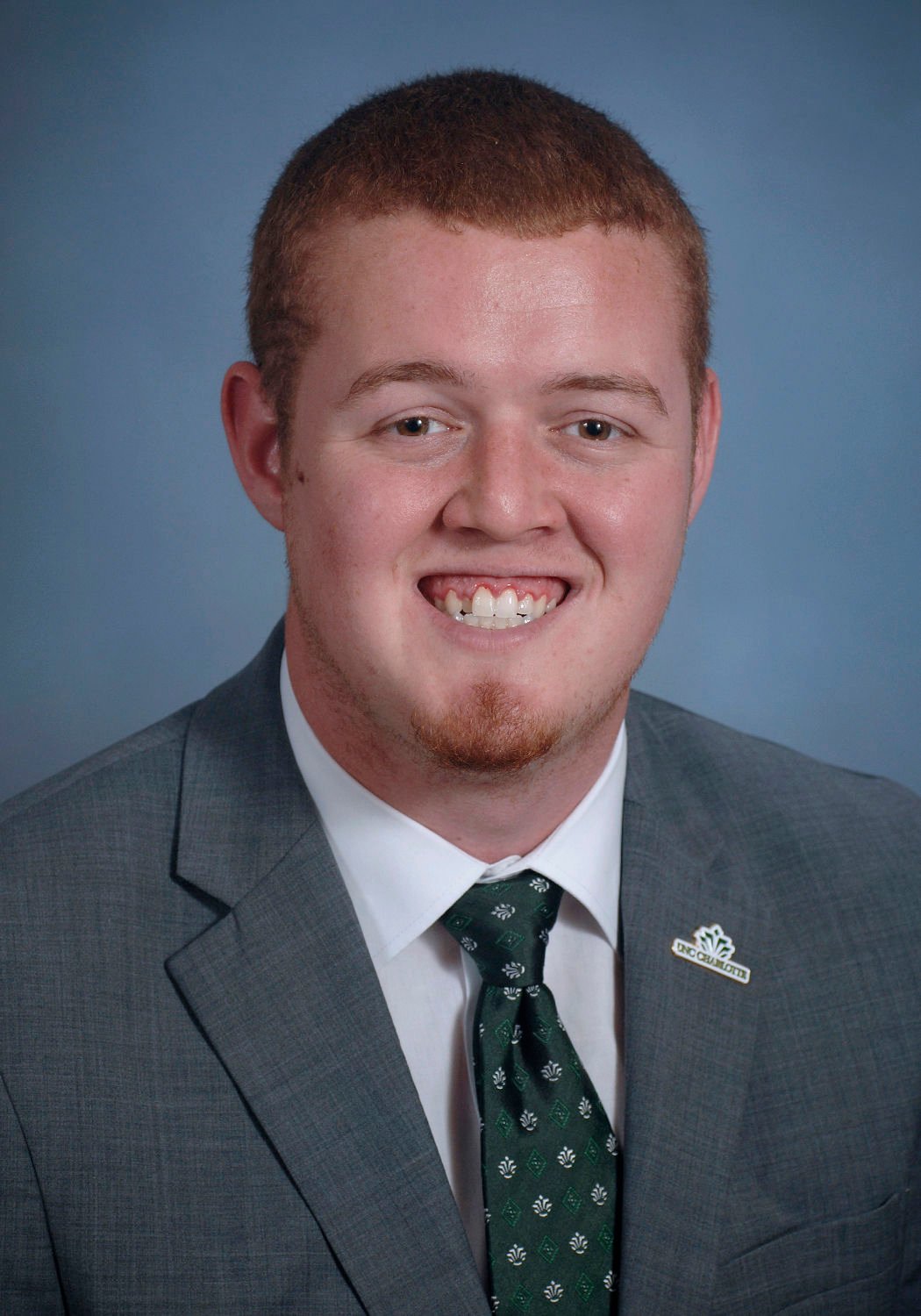 Crean had only been president for nineteen days when tragedy struck. While waiting in line for the Waka Flocka concert at the Jerry Richardson Stadium, Crean heard police sirens in the distance. Shortly thereafter, he received a phone call that a shooting had taken place at Kennedy Building; four students were wounded and two more had been killed. The newly elected president took action by sending emails to students, teachers and faculty, informing them of the tragedy and what would take place on campus.

“Figuring out the correct timing and reiterating all the different pieces that go into a decision was the toughest part of handling this situation’ said Crean, in his recollection of the event and the planning of the vigil.

But to Crean and the student body’s surprise, the arena was packed with students, staff, community members and government officials.

“We did not expect over eight thousand people,” said Crean. “We originally planned a smaller vigil at the Star Quad. Seeing the support during the vigil was when the support started to sink.”

Despite the indelible tragedies that Crean has endured, he also had some incredible experiences during his tenure. The best part, he says, was being a part of the groundbreaking of the new science building in 2019.

“This building will help us compare to our fellow UNC system universities as one with a strong and growing reputation in engineering, chemistry, physics and biology,” said Crean.

He also enjoyed serving on the Chancellor Search Committee that selected Dr. Sharon L. Gaber, who will become chancellor after the retirement of Dr. Philip Dubois in June.

But the best moment for Chandler was being crowned homecoming king this past semester.

“I could not think of any other way to truly have my dedication to the University recognized in such a long-standing tradition of UNC Charlotte,”  said Crean.

Crean first became involved in student government his freshman year when he served as a senator. In 2018, he was appointed the student body chief of staff. The following year Crean was elected as vice-president of SGA and served alongside then-president Niayai Lavien. He was elected president in 2019.

In addition to his involvement in the Student Government Association, Crean has been a Niner Guide for the past four years. The program allowed him to give tours of campus, share knowledge of the University and connect with prospective students.

Crean says leadership “involves taking the time to mentor and build your community as well as thinking outside of personal opinion. A leader should foster good connections, awareness and concerns for anyone; earn respect; be motivating and trustworthy; have that clear communication of vision; and have a goal set.”

Crean was honored for his continued leadership within the UNC Charlotte community with the prestigious Bonnie E. Cone Leadership Award.

After graduating, Crean plans on working with the national Pi Kappa Phi fraternity headquarters in Charlotte. He already served two terms as the president of the fraternity’s chapter at UNC Charlotte. Crean also intends to pursue a Master of Arts in student affairs, pursuing higher education to help students find their passions in their respective field and make an impact at their universities.

Chandler’s successor is Tahlieah Sampson. She was sworn in as the new Student Body President on April 9, 2020; coinciding with the end of Crean’s term. Sampson previously served as the press secretary.