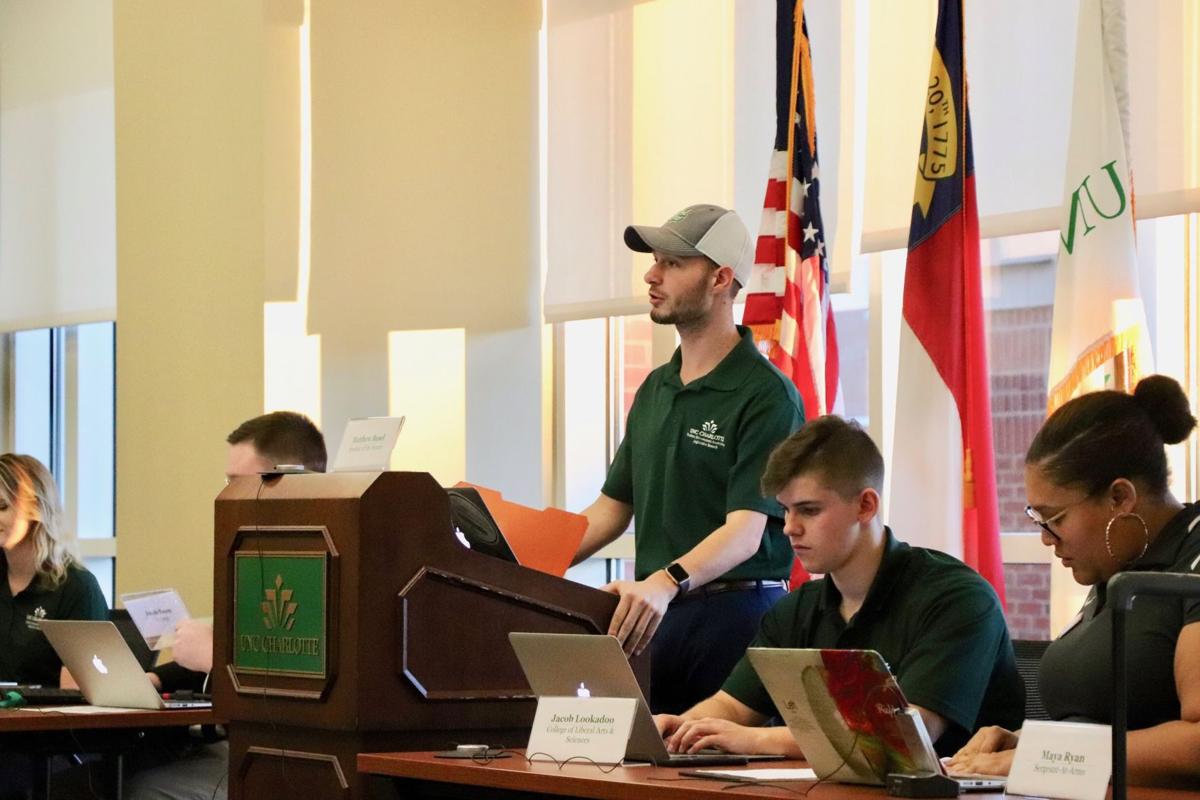 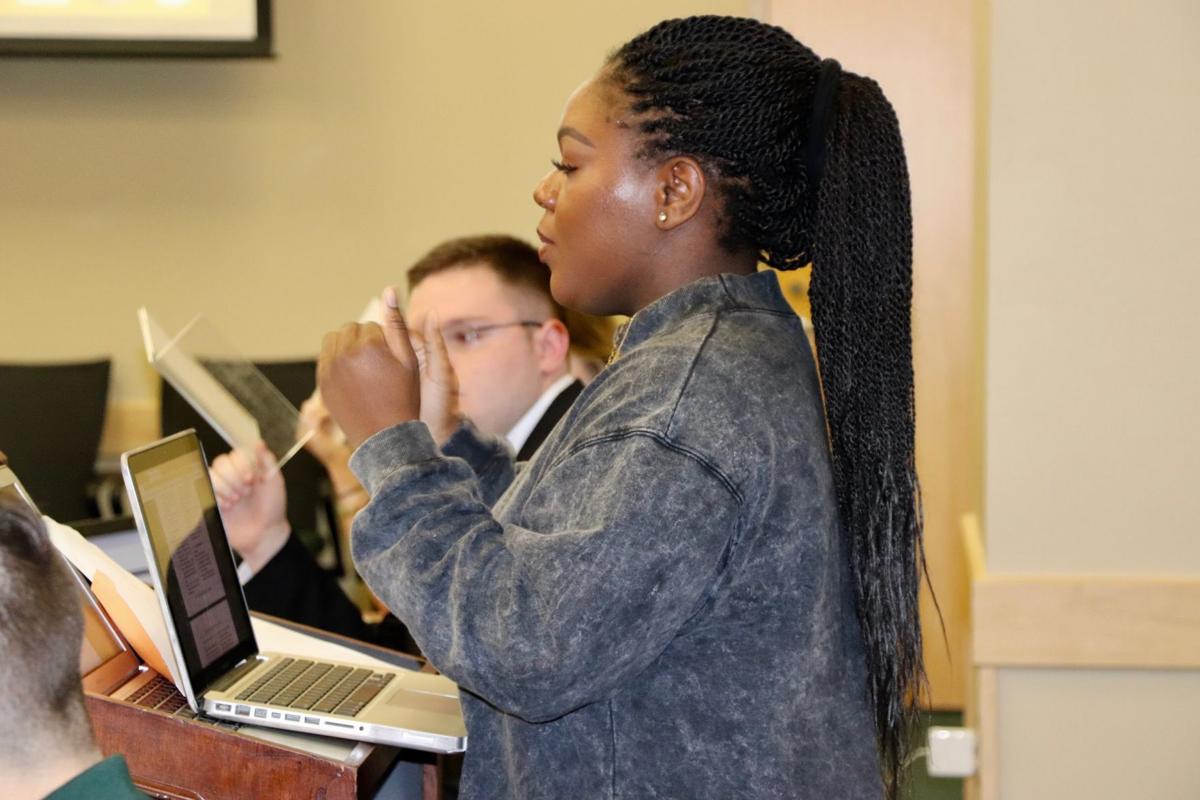 The Student Government Association (SGA) at UNC Charlotte has faced many challenges this year, including resignations, a lack of attendance and some members failing to comply with SGA bylaws. These challenges have impeded the day-to-day operations of the student government, the creation of legislation and allocation of the budget.

In an interview, Speaker of the Senate Matthew Basel spoke about his experience with the SGA and its obstacles.

With record low member participation and high resignations, the Legislative Branch of SGA has failed to maintain strict office hours throughout the organization. However, Basel said, “In our bylaws, it states that we have the ability right now to set our own office hours.” With no defined hour requirements, some legislative officers are being paid for their positions despite some not being able to carry out with their required office hours.

The student government regulations state, “The Executive Committee shall set the number of office hours to be kept by each paid officer. Failure to keep office hours during the course of a month shall result in a forfeiture of pay for that month.” However, as of yet, no one’s pay has been suspended.

When asked about the matter, Basel said, “We haven’t had any stability in the leadership because all of us are student leaders on campus. We had only two executive committee meetings last fall because … someone was sick or people could not make it. It’s hard to penalize someone when they’re trying to work to pay off school. We’re students, and let this be the fault of my administration, and I’m totally okay taking that fall, but I don’t feel comfortable punishing someone for trying to pursue their academic career.” Basel also did not want to withhold any pay for the holiday break when no meetings occurred, despite being asked by a fellow senator to suspend pay.

The salaried officers of the legislative branch have received a combined $1,700 so far this academic year and will continue to be paid in the coming months after Basel’s motion for a special committee to review the actions of paid officers was struck down in November. The motion would have created a “Review Committee” that would focus on accountability and goals of the Senate. The vote was five for and ten against.

More recently, legislation has been brought forward to regulate office hours of SGA. Student Body President Niayai Lavien told the Niner Times, “The conference committee decided not to move forward with enacting the legislation until it is formatted to be branch specific. The legislation would not have been possible to enact as it currently read because it was vague and didn’t list the proper checks to be enforced effectively.”

The bill was said to be too broad due to the fact that each branch has a separate system that governs the rules of office hours. The conference committee believes that it is the best interest of SGA to rewrite similar legislation with requirements that will oversee branch specific operations.

Due to the length of office hours being at the discretion of the individual, Basel believes that even though office attendance has been low, official work has not been neglected.

Basel commented, “I know the people that were in those leadership positions; most of them were veterans. So I know that they knew what was expected of them 100 percent of the time, and I knew that they were giving it their all. So, that’s why I personally had no problem looking aside.”

The Senate has passed 67 pieces of legislation this academic year. Basel emphasized that if anyone has any problems or questions with his administration’s policies, he would be more than happy to answer them.

Some of the cubicles that are allotted for SGA members to hold their office hours, located in the Popp Martin Student Union, have been unused for over a year. There is little to no working space available due to the build-up of miscellaneous items. The space is being used by some SGA members for storage of random spirit wear items such as “Class of 2019” hats.

Despite some SGA members not holding office hours, UNC Charlotte’s Chancellor and Board of Trustees has allocated $1.2 million for the renovation of the SGA office space.

According to Basel, most of the resignations are due to the fact that members are getting leadership opportunities outside of SGA. The Senate only has 19 seats occupied of the total 58 seats. Additionally, the Pro Tempore of the Student Senate, the second highest position in the Legislative Branch, resigned from SGA along with the Chair of Publicity and Outreach.

On Jan. 17, the Legislative Branch elected new officers to fill the void of those who resigned. Senator Jacob Baum will fill the position of Speaker-Pro Tempore of the Senate, Senator Jacob Lookadoo will be the new Parliamentarian of the Senate and Alyssa Lopez will be the new Chair of Publicity and Outreach. Chairwoman Lopez believes that the changing administration will implement “great new ideas for this spring semester.”

On top of other problems, documents obtained by the Niner Times show the Graduate Student Government is attempting to disconnect or become disaffiliated with the current SGA.

Spring elections will occur in late March and almost half of the student senate will be up for reelection as well as other positions like student body president and class presidents.