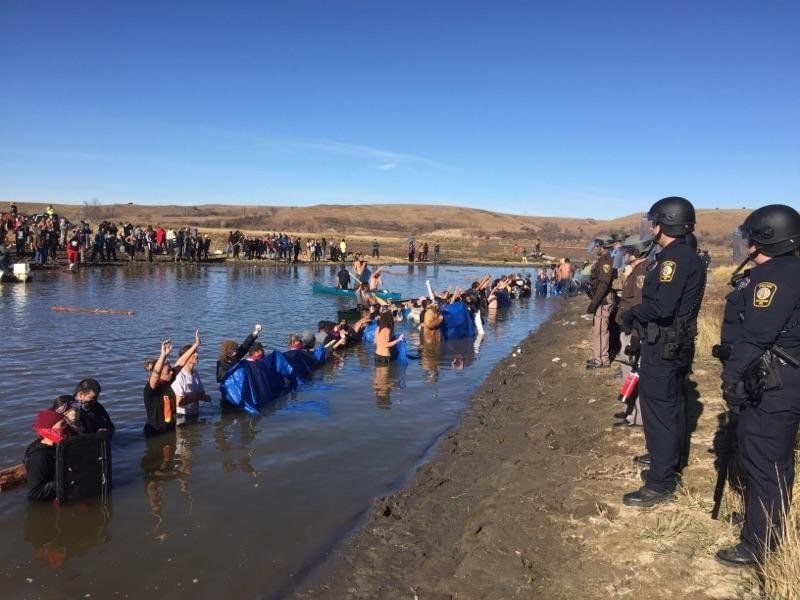 Police from six states have been marshalled by the state of North Dakota to attempt to shut down protests against the Dakota Access Pipeline by tribal members from across the country and their supporters. The pipeline is planned to cross the Missouri within a half mile of the Standing Rock Sioux reservation. The developer of the $3.8 billion pipeline is Energy Transfer Partners of Dallas (Morton County Sheriff’s Office/TNS) 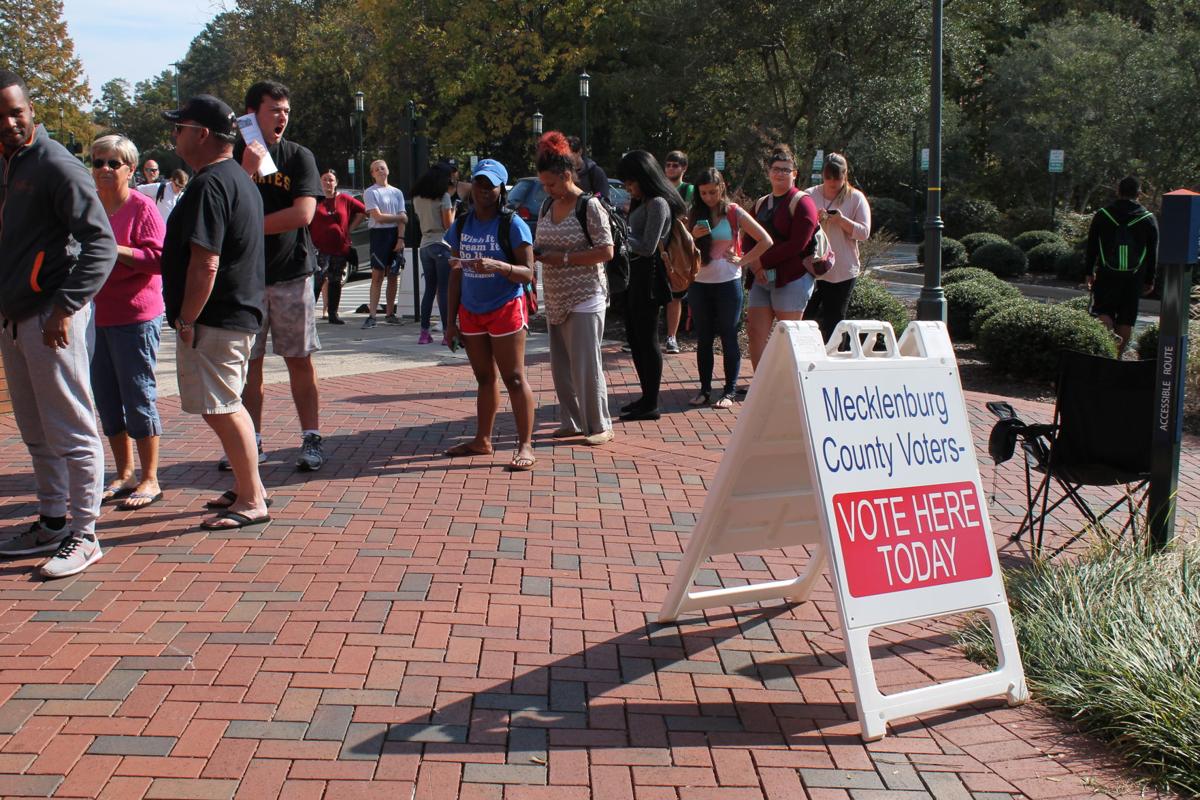 Police from six states have been marshalled by the state of North Dakota to attempt to shut down protests against the Dakota Access Pipeline by tribal members from across the country and their supporters. The pipeline is planned to cross the Missouri within a half mile of the Standing Rock Sioux reservation. The developer of the $3.8 billion pipeline is Energy Transfer Partners of Dallas (Morton County Sheriff’s Office/TNS)

In rhetoric, the lesser evil principle extends back as far as the Greek myth of Scylla and Charybdis in Homer. In the story, Scylla is a monster who manifested itself as a six-headed rock while Charybdis materialized as a whirlpool, both of whom were located in the sea between Italy and Sicily. Odysseus had to choose which monster to confront in order for his ship to pass. Scylla was ultimately chosen as Odysseus decided that losing a few sailors against the rock would be worth it instead of risking losing the entire ship in the whirlpool. From this story is where our culture has derived the specific idiom: “between a rock and a hard place.”

This notion has shifted forms and traveled through time and today I feel it suits this election as well. For some, Donald Trump may be seen as a whirlpool, spinning in all directions, going back-and-forth on his ideologies and never settling on concrete plans for United States’ future. And Hilary Clinton may then be seen as a firm rock, something to grab for shelter, normalcy and stability while Trump spins on. But let’s not forget the oppressed and neglected communities who get caught and shredded on the jagged edges of her foreign and domestic policies.

If we look at almost any previous presidential election, the moments leading up to Election Day seem to always make us think, “this candidate isn’t perfect, but compared to that one they’ll have to do.” From John F. Kennedy and Richard Nixon, to Jimmy Carter and Ronald Reagan, to Bill Clinton and George H.W. Bush, to Al Gore and George W. Bush, we’ve seen these all become a lose-lose game of who’s “less evil.”

Clinton has been a heavy supporter of both Israel and its Prime Minister, Benjamin Netanyahu. The implications of her apologetic relationship, as she speaks only of a future in which two states exist: Israel and Palestine, neglect the disproportionate loss of life, the loss and destruction of land and the revocation of basic human rights faced by Palestinian people. For the past 70 years, Palestinians have been stuck between a rock and a hard place. Clinton proposes we support the lesser of two evil options: give Palestinian people some of their land back, as opposed to fully allowing Israel continue its claim over what was once Palestine. When people settle for Hillary they settle for an evil which allows Israel to openly discriminate based on identity and to continue the battle and destruction of Palestinian livelihood.

Lesser evilism doesn’t work for everyone. It’s only made possible because Americans have been cultured to see certain people as lesser human beings. A recent domestic example can be found in Morton County, N.D. where Indigenous People are physically fighting in order to maintain the Treaty of 1851 which granted them the land which is now being violated by the construction of the Dakota Access Pipeline. Clinton finally released a statement Thursday saying that everyone involved needs to, “find a path that serves the broadest public interest.” Clinton may as well have kept her mouth shut as her weak statement further perpetrates our culture which views the Indigenous as being less than and undeserving of a right as basic as water. When Charlotteans settle for Clinton they have to know that it might not be long before North Carolina will have to partake in the same fight as the water protectors in North Dakota since construction of the Atlantic Coast Pipeline is currently in the route-planning stages.

Let’s not fall into this trap of settling for the lesser of two evil presidential candidates. While you will never hear me encourage a person not to vote, you also won’t hear me condemning those who choose alternate routes such as third party or voter abstinence. Those who control our status quo hate to see resistance, which is precisely the reason we must spend the next four years fighting to dismantle the entire system which places us all between the rock and the whirlpool.