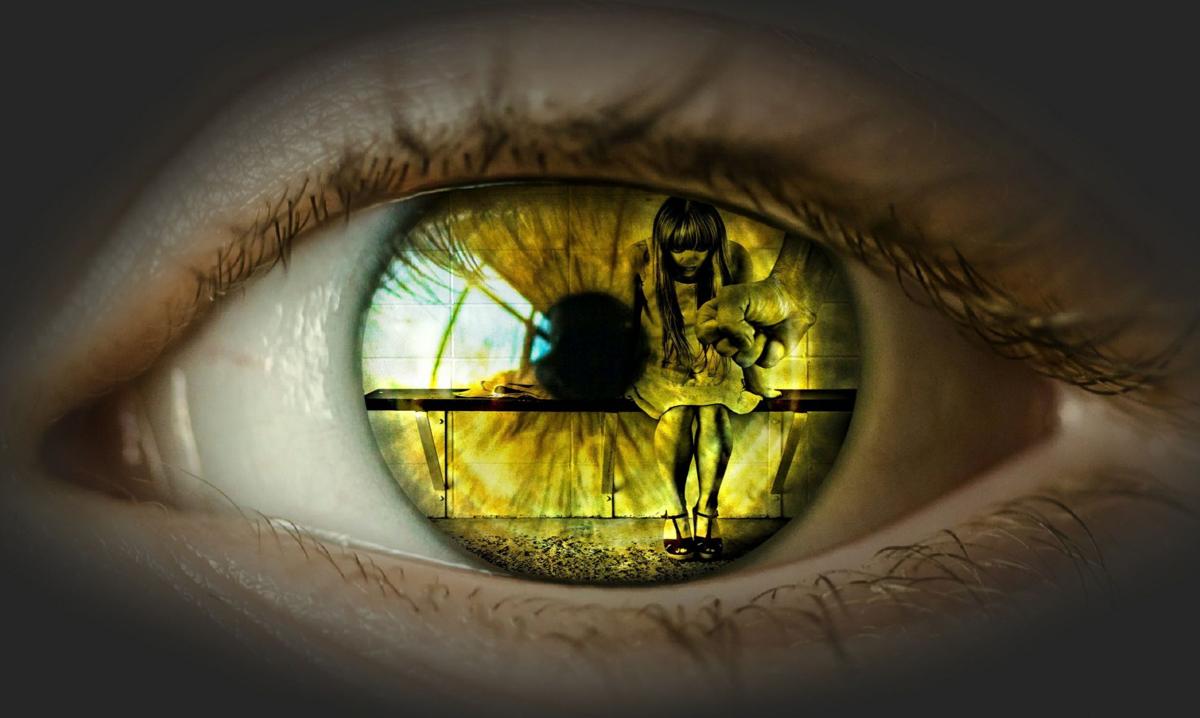 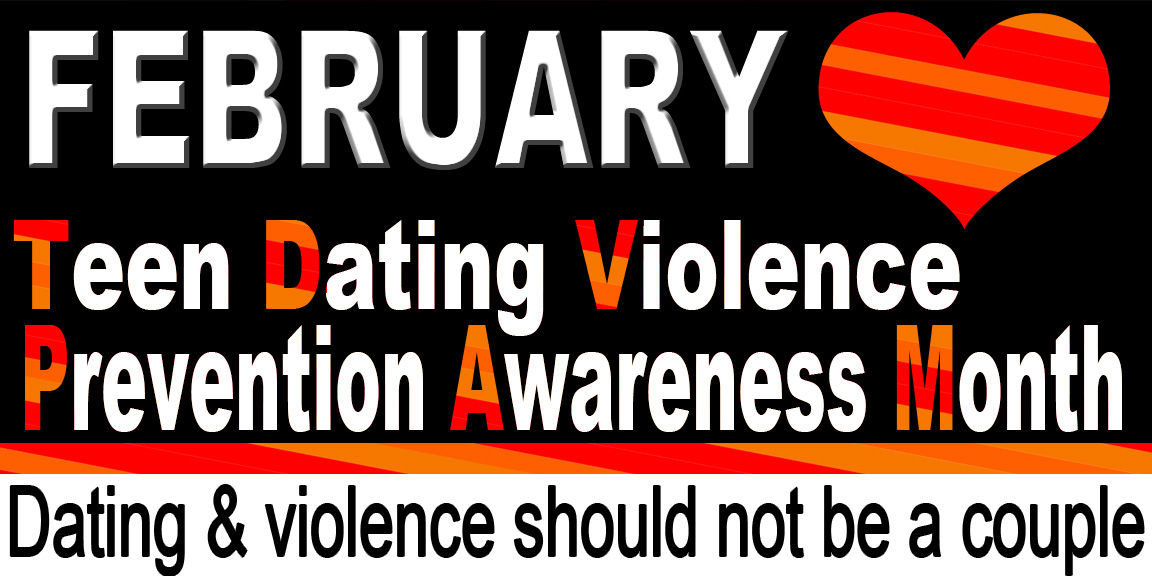 It’s an amazing feelings, going out on a first date with a handsome guy. You have so much in common. He is sweet, charismatic, and funny. One date turns into three, then five, then seven, now you are exclusive and you tell everyone you know that you have a boyfriend/significant other. Months go by, you are in a blissful haze of love, lust, and joy, and you think nothing can go wrong. Soon the honeymoon phase is over and you notice a side to your partner that you never have before. A side of jealousy, rage, and possessiveness. Then one day an argument goes too far and you get hit. You are shocked, scared, and numb. You don’t know what to think. They say it was an accident, they didn’t mean it and it will never happen again. You work through it because you love them. A few months go by and it happens again, then again, soon it becomes a habit. They stop apologizing and tell you, “you shouldn’t have made them angry, or you brought on yourself.” This becomes your life. You don’t know how you got here, how could a relationship that started out so great and a partner that loved and cherished you, turn so abusive and oppressive. This is a reality for a lot of teen relationships and it needs to change.

February is teen dating violence awareness month. Many people put a big focus on day Black History and ironically Valentine’s day when it comes to February. Both of which are important, everyone deserves to be loved and a day devoted to just how much someone loves them and everyone, especially the black community, needs to learn about and celebrate the history of this country. However, teen dating violence is something that needs to be addressed because it affects the lives of many teenagers and young adults. Teen dating violence (TDV) is defined as a pattern of abuse or threat of abuse against teenaged dating partners, occurring in different forms, including verbal, emotional, physical, sexual and digital. Every year, approximately 1.5 million high school students nationwide experience physical abuse from a dating partner. 1 in 10 teens reported being hit or physically hurt by a boyfriend/girlfriend. Across studies, 15-40% of youth report perpetrating some form of violence towards a dating partner.

Crystal Sanchez, a teen dating survivor, shared her story in an entry to the Huff Post. “My story begins at the age of 14 and continues off and on until I was 22. I found out that he had cheated on me again. I broke up with him during lunchtime. He became enraged. After class had begun, I heard the door swing open, which was at the front of the classroom. He stayed at the door and looked toward the teacher and said to him in front of the whole class, ‘I need to speak to that fucking whore right there.’ He pointed at me, then he turned to me and said, ‘Bitch, get your fucking stupid ass out here now.’ I walked out because I was mortified. I never imagined such shame and at 15 years old, understood it even less. As we walked down the hall, he spit in my face, pulled my necklace off my neck, threw it in the trashcan and he threw me up against the lockers. He threatened me. It was in those moments when I felt most alone. It was those incidents that left long-lasting emotional scars.  My dignity was stripped and self-worth eroded. I began believing I deserved the abuse, and thought everybody else believed I was who he said I was. The hell became so familiar that it was easier to stay rather than leave. It was easier to live with the shame and guilt in secrecy. It was easier to stay and suffer in private than to try to leave and be humiliated in public.”

“I tried to leave a few times, he would threaten to commit suicide, or worse. The relationship took an emotional toll to the point where I was getting severe panic attacks. I ended up in the hospital a few times and was put in counseling but I never spoke about the abuse. I didn’t want anybody to know. I lied for and about him. I told nobody. Nobody knew I had been threatened with a gun. Nobody knew I had been punched so hard I was almost knocked out. Nobody knew about the head butts each time he didn’t agree with something I did or didn’t do. Nobody knew about the many deliberate close call, head-on collisions while he was threatening to ‘kill us both.

“After almost eight years of abuse, I knew I had to leave. Not because of some fight or big blowout, I was just done. I was tired.  I can’t explain it. I just didn’t want to feel that way any longer. It took many years to repair the mental and emotional damage, but I’m here to say that it is possible. I am not bitter or resentful, I forgave him the day I left, but I knew I wanted more out of life. Although I had been stripped of all remnants of self-worth, I found an ounce of esteem that told me I deserved better.”

“In those moments, I desperately needed somebody who understood. Somebody who could guide me back to myself, my voice, and my truth. But I chose to keep my secret hidden, I chose to protect the people I loved, I chose to find my own way. It took years to heal, but I did it. I found my voice and rebuilt my foundation on self-acceptance and self-love. I now live an extraordinary life full of purpose, with a grand vision to change the world.  I have married the man of my dreams which would not have been possible if I hadn’t worked to change my beliefs about myself. Today, my mission is to help survivors of domestic violence reclaim their power, forgive themselves, repair their brokenness, heal their soul, and discover their magic. For all of those times he said I was ugly and worthless, I have made it my mission. For all of those times he called me a tramp and a whore, I have made it my mission. All of those times he felt strong because I looked weak, only made me stronger. And for all those times he tried to strip me of my spirit and I felt I had no value, I made it my mission.”

Many people have been through or are going through a relationship like Crystal’s. It goes unnoticed because a lot of times, people don’t know the signs of teen dating violence. There are five warning signs that tell whether or not a teen or young adult is involved in an abusive relationship; extreme mood swings, isolation, physical harm, bad grades and sexual activity. If we start to educate ourselves about teen dating violence and how to identify it and prevent it, we could keep teens and young adults safe.

Another reason people don’t know that a teen is involved in an abusive relationship is because they keep it to themselves. Like Crystal said, it was easier to keep quiet and deal with what was going on than to tell. This has to change as well. No one will know that you need help if you don’t tell them. There are many different ways to ask for and get help. One way is to call the police. Telling the police can be a very beneficial because at the least it starts a paper trail. By telling the police you start a log of events that can later be used for your defense. Also by telling the police you can press charges that can range from assault, battery or domestic violence. The consequences of this for the inflictor are jail time, fines and a criminal record. If you don’t want to call the police, you can file a restraining order from the court, which guarantees that they can’t come within a certain distance for you or your property, which will keep you safe.  You can also file a personal injury claim, which is where you are given money to pay for injuries and harm you suffered from the abuse including; medical bills, rehabilitation, emotional stress etc. Ask for help. No one deserves to be beaten or berated. Its only half the battle to get people to help and support you, the other half is asking and accepting it.

Teen dating violence is something many teens and young adults are experiencing and it is unacceptable. People need to know that they can’t put their hands on their partner. We need to be more aware of this situation. I know that people have this mind set of  staying in their own lanes and not getting involved, but this is the time to merge. We need to help these victims and help prevent others from going through the same. There are many resources available to provide information and support to victims and assist service providers and communities to decrease the prevalence of dating violence among young people. Anyone can make this happen by raising awareness about the issue, saying something about abuse when you see it can make a difference. Everyone deserves love, but no one deserves to be abused.