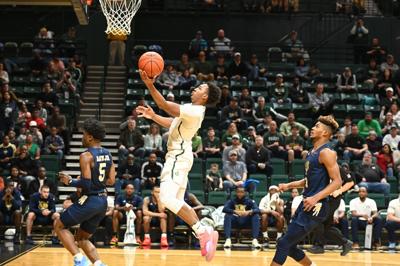 Charlotte is back in action in Halton Arena on Wednesday, March 4, against the number one team in the conference, North Texas. The 49ers will look to get back in the win column with what could be a momentum-shifting game for the team. With only two games left before the conference tournament and this being the final game at home, Charlotte will need two big wins in hopes of improving their conference standing.

Keys to the Game

Charlotte: The 49ers will need to limit their turnovers if they want to get the win. North Texas forces over six turnovers a game. In the last two games, Charlotte has given up over 12 turnovers in each game. Charlotte will also need to be better on the glass. In their last game against FIU, Charlotte gave up 21 second chance points and were outrebounded in that loss. They will also need to score effectively and efficiently from the three-point line.

North Texas: The Mean Green will need to limit the 49ers’ three-point opportunities. In the first game the two teams played against each other this season, Charlotte shot 56.5 percent from three-point range. They will also need to win the rebounding battle and keep Charlotte’s top rebounders off the glass. Along with that they will need to get as many second chance points as possible. Charlotte is susceptible to allowing second chance opportunities and North Texas will look to exploit that.

Jahmir Young, Charlotte: Young will be a critical factor in Charlotte’s success against North Texas. In their previous meeting, Young scored 21 points along with grabbing five rebounds and dropping four dimes. The freshman guard has been huge for the 49ers all season and will need to keep the same energy in the matchup.

Umoja Gibson and Javion Hamlet, North Texas: The dynamic duo averages a combined 29.3 points per game and will look to impose their will again on the 49ers. The two combined for 35 points the last time the teams met and both will have to have big games if they want to get the road win.

This is a big game for both teams as North Texas looks to stay atop the conference and Charlotte wants to improve their standing prior to the conference tournament. The game starts at 7 p.m. in Halton Arena.