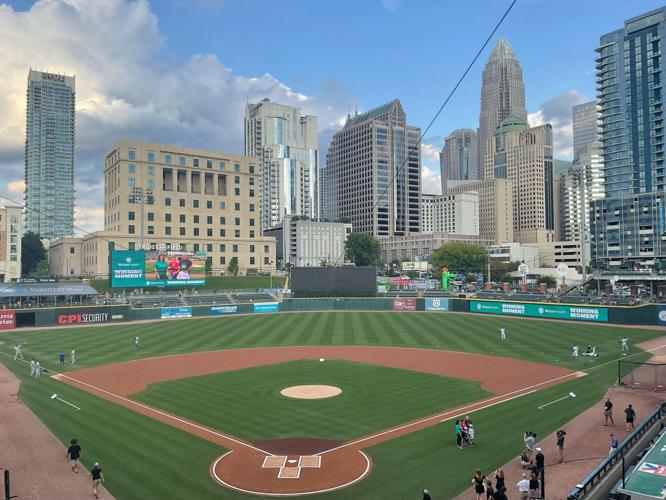 A photo of Truist Field home of the Charlotte Knights. 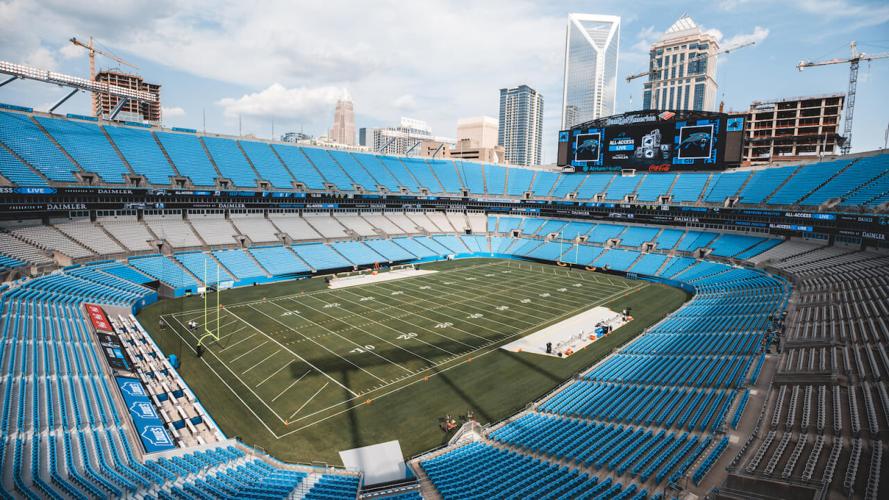 Photo of Bank of America Stadium, home of the Carolina Panthers

Three local professional baseball teams will close their seasons in the upcoming month.

The Charlotte Knights (Triple-A affiliate of the Chicago White Sox) will be playing through Sep. 28. and currently hold a record of 49-75 on the season.

The week of Sep. 6-11, the Knights will host Milwaukee Brewers Triple-A affiliate the Nashville Sounds for a six-game series. The Knights play their last home series of the year, hosting the Durham Bulls (Triple-A affiliate of the Tampa Bay Rays) for three games from Sep. 26-28.

The Kannapolis Cannon Ballers (Single-A affiliate of the White Sox), sitting at a record of 54-68, have their final series of the year when they host the Augusta Green Jackets (Braves Single-A affiliate) for six games from Sep. 6-11.

The Green Jackets have a former Charlotte 49er on their team in a fourth-round draft pick from 2022. David McCabe will make his return to the area.

Another professional baseball team in the area that features former 49ers is the Gastonia Honey Hunters, who have Reese Hampton and Zach Jarrett representing Charlotte in the Atlantic League.

The Honey Hunters have their final regular season series hosting the Lexington Legends on Sep. 9-11 at CaroMont Health Park.

Gastonia has a record of 78-38, clinching a playoff spot. The Honey Hunters will play in the playoffs' first round on Sep. 20-21.

Charlotte Motor Speedway is hosting one more NASCAR racing event this calendar year. Oct. 9 is the Bank of America Roval 400 race, where the track is a unique combination of road course and the typical oval race track. This is one of the races in the NASCAR Playoffs, so expect it to be high-octane.

The Carolina Panthers open up their season by kicking off on Sep. 11, hosting the Cleveland Browns. This game will be a crucial matchup this season as the Panthers' new quarterback Baker Mayfield will be taking on his previous team in his first game as a Carolina Panther.

ONE WEEK AWAY‼️Tag a friend you'll be here with ⬇️ pic.twitter.com/GRUX1bbrUB

Throughout the rest of the year, the Panthers will host the Saints, Cardinals, 49ers, Buccaneers, Falcons, Broncos, Steelers and Lions.

Charlotte FC is in its inaugural season, joining the Major League Soccer (MLS) this year as an expansion team. They share Bank of America Stadium with the Panthers and are closing out their season over the next month.

They have three more home games this season on Sep. 10, Oct. 1 and Oct. 5. Charlotte FC has played to a 10-2-16 record. The leading tackler for the team is former Charlotte 49er Brandt Bronico.

The local National Basketball Association (NBA) team, the Hornets, will tip-off their season on Oct. 2, on the road in Boston, MA, against the Boston Celtics, and have their home opener on Oct. 5, where they host the Indiana Pacers.

Opening weekend is Oct. 14-15, when the Checkers will be hosting the Hartford Wolfpack for two games in Bojangles Coliseum.