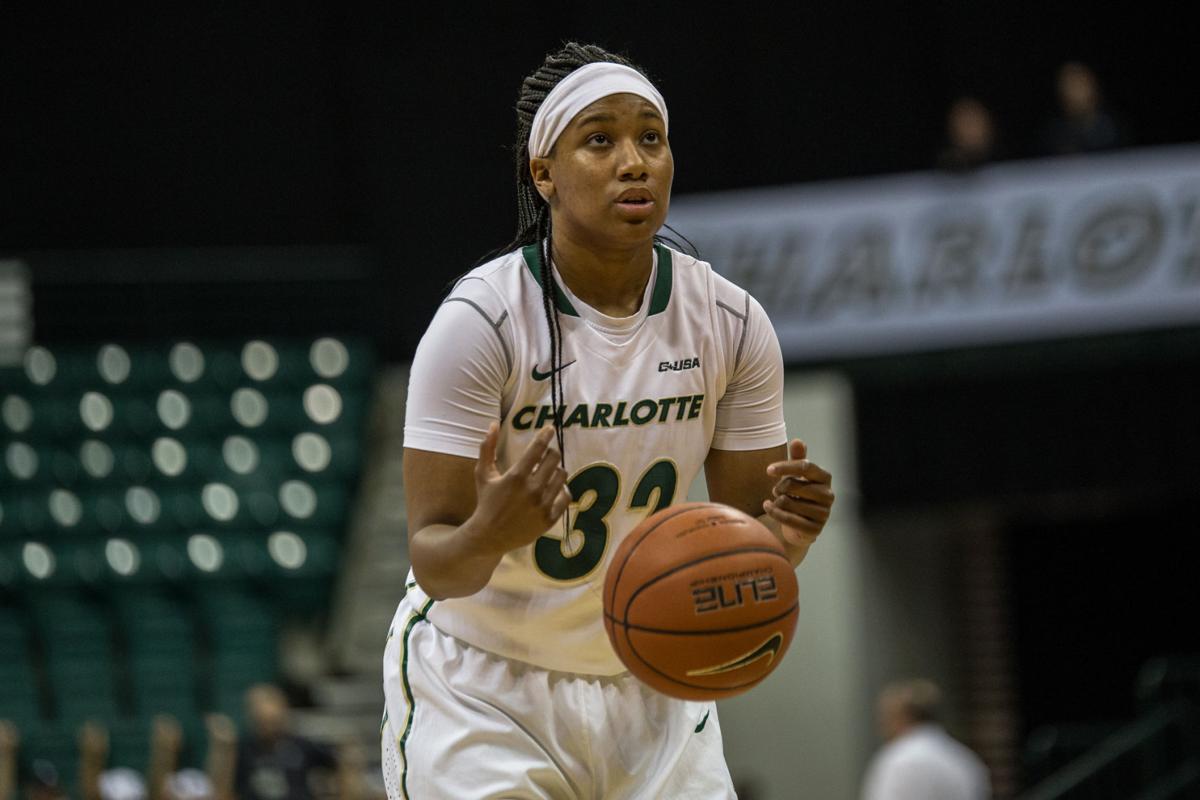 Alexis Alexander at the foul line. Photo by Benjamin Robson 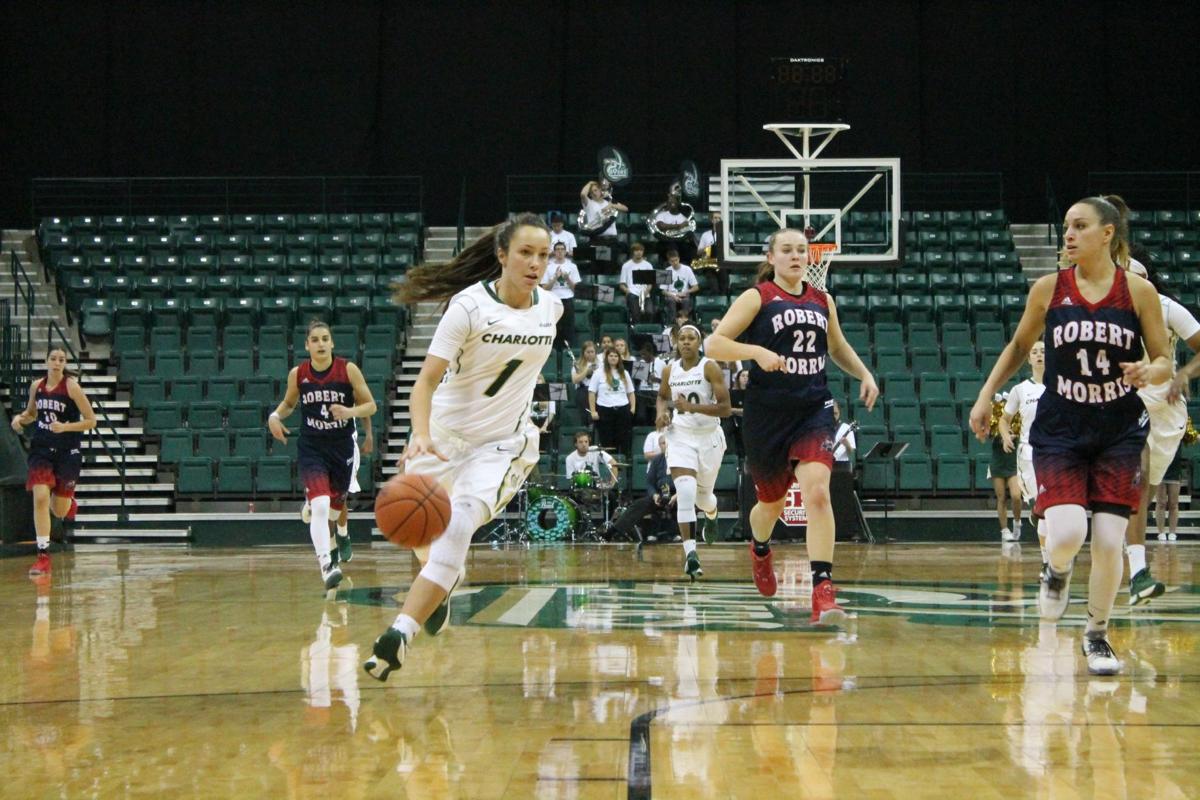 Ciara Gregory driving to the basket. Photo by Leysha Caraballo.

Ciara driving down the lane, scoring a floater over the Robert Morris defense. GIF by Benjamin Robson 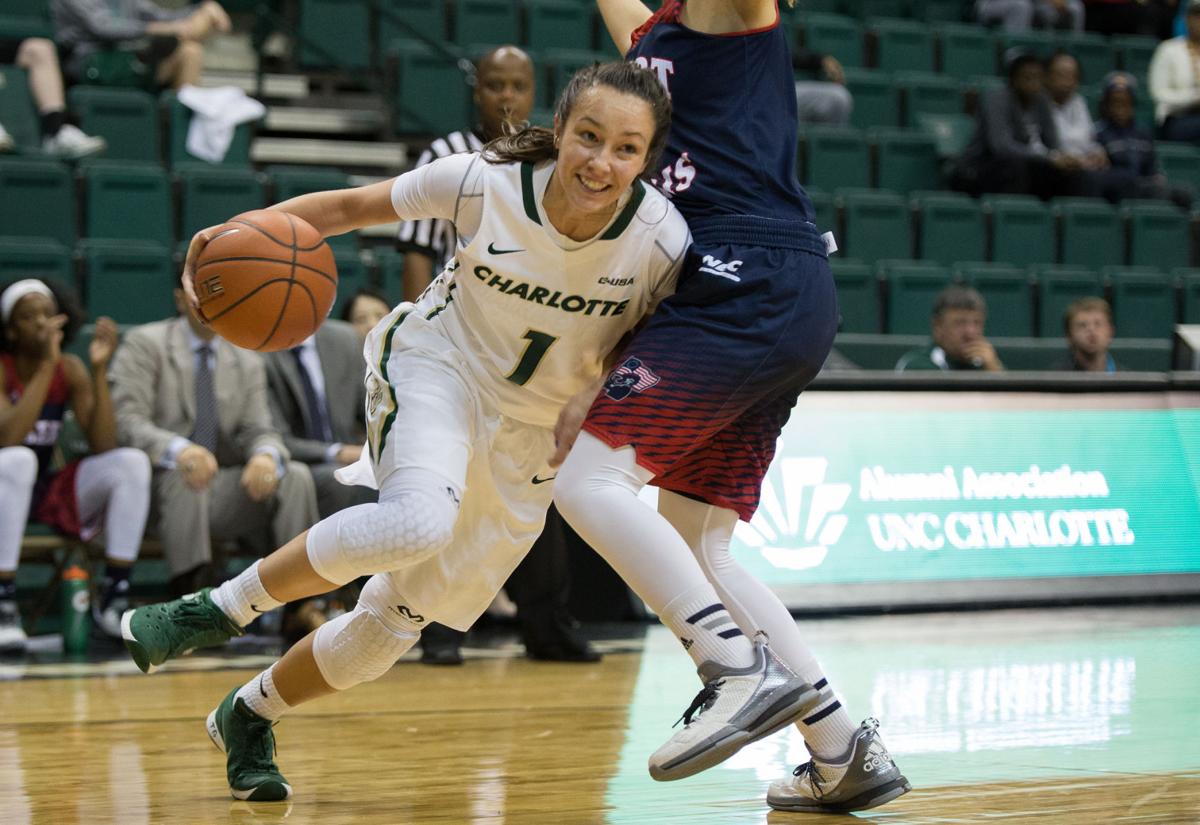 Ciara Gregory driving to the basket. Photo by Benjamin Robson

Alexis Alexander at the foul line. Photo by Benjamin Robson

Ciara Gregory driving to the basket. Photo by Leysha Caraballo.

Ciara driving down the lane, scoring a floater over the Robert Morris defense. GIF by Benjamin Robson

Ciara Gregory driving to the basket. Photo by Benjamin Robson

The 49ers were home Sunday afternoon hosting Robert Morris for the second game of the 2015-16 season. After a speed bump in the first quarter, Charlotte was in total control of the game, scoring 94 points to Colonials’ 73.

The 49ers kept their momentum going during the third quarter, outscoring Robert Morris 23-15.  Alexander set a new career high in the third quarter when she scored her twentieth point of the game. Charlotte put themselves in a winnable position for the fourth quarter with a 68 to 55 lead.

There was no stopping the 49ers in the fourth quarter. The closest Robert Morris came to the Charlotte was a nine-point deficit with around six minutes left in the game. Charlotte never let off the gas pedal, scoring a total of 26 points in the final quarter.

Sunday’s game was an excellent showcase of the talent Charlotte has to offer this season.  The 49ers only missed two free throws during the game, shot 60 percent from behind the three-point line and hauled in 38 rebounds. Three players, Alexander, Gregory and Webster, had double-digit points while Hunter wasn’t too far behind with nine.

Alexander, a senior, scored 30 points on the night, a career high. She also led the team in rebounds with eight.

“I have to step up be that post presence and be a leader for my team,” Alexander said. “This was a really big confidence booster for me.”

Charlotte is now 2-0.  The 49ers haven’t started 2-0 start since the 2012-13 season, in which season they also advanced to the third round of the NIT. Head coach Cara Consuegra is very pleased with the way this season has started.

“It’s awesome to start at home and win our first two games. I’m excited for our team and the effort that they have put in to get us to this spot early,” Consuegra said.

There was a complete turnaround from the first and second quarter.

“I was really proud of our team because we didn’t panic. It was a slow start for us but we kept our composure,” Consuegra said. “I think in both games at home we’ve come out too fired up, wanting to make plays from the start. Instead we need to trust our offense and trust our defense and after we got through that first quarter going into the second we calmed down and do the things we needed to do to win and you could see the huge difference scoring 35 points in that second quarter.”

The 49ers have a big week ahead, visiting Elon on Thursday and hosting Miami next Monday. There is a lot Consuegra plans to take from this game to help prepare for those games and for other games down the road.

“If we would’ve boxed out a little better then it would’ve been really tough for them to score against us. We made some great strides today but we still have a lot of work to do as our schedule picks up.  I’m very happy with my team and where we are right now,” Consuegra said. “This team is on a mission to come out and really leave their mark this year.”